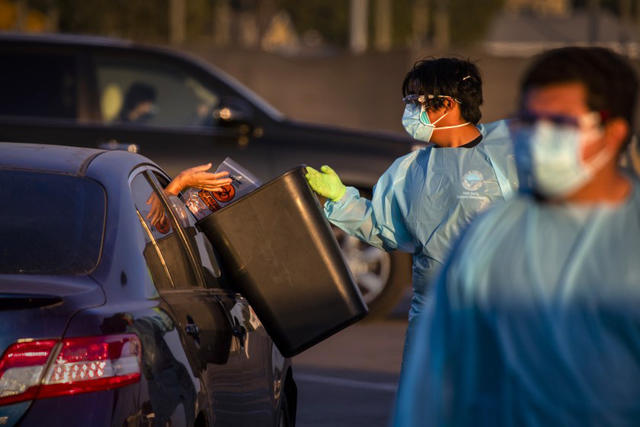 A person dropped a self-administered Covid-19 test into a bin at Long Beach City College on Wednesday.

California's ICU availability declined further Thursday as coronavirus infections surged unabated two weeks after Thanksgiving. In Southern California, just 7.7% of the beds were free. In the San Joaquin Valley, it was 1.9%. Medical experts said hospitals can clear some space by shuffling patients around. But at a certain point options run out, a public health official said: “The worst-case scenario is what we saw back in the spring in New York City and in northern Italy where there were literally people in gurneys in hallways that were dying or near death, and that’s beyond a tragedy." L.A. Times | Press-Enterprise

NPR created a tool that lets you look up how hospitals are faring at the local level.

“It's decimated down here."

Over the summer, it was shocking news that roughly half of San Francisco's restaurants had closed, temporarily or for good. New data suggests that figure has risen to about 85%. An analysis of credit card data revealed that roughly 293 of 344 bars and restaurants in the districts surrounding the city's once-bustling downtown have closed. SFgate.com

Some rural communities are simply ignoring Gov. Gavin Newsom's stay-home order. Robbie Nelson, the owner of a bar and grill in the Gold Rush town of Mariposa, had been following health orders up until this week. “My customers don’t want me to shut down," she said, "and I’m not going to.” The bar was packed on Wednesday, with few people donning masks. S.F. Chronicle 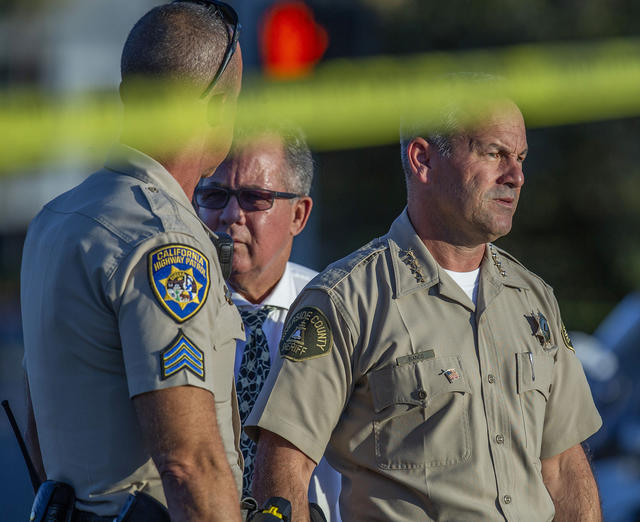 Sheriffs of counties that represent nearly 40% of California’s population are refusing to enforce stay-home orders. Riverside County Sheriff Chad Bianco explained his reasoning with Infowars-style skepticism about the efficacy of masks and social distancing. “The medical field is so split about this virus,” he said. Vox | L.A. Times 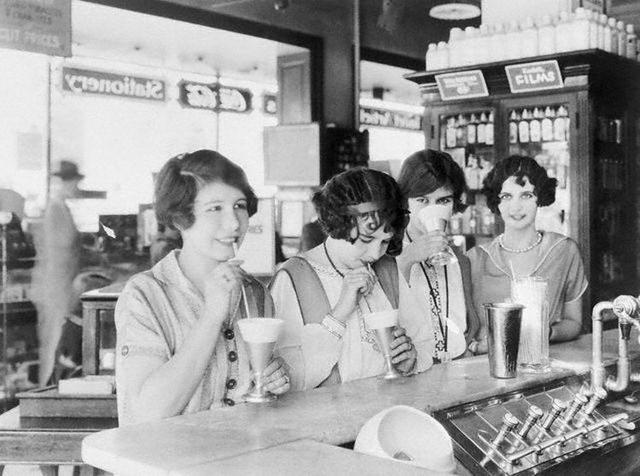 After the 1918 flu pandemic, America entered a period of heightened sociability and spending. The Roaring Twenties were on. Fast forward a century, and UCLA economists are now predicting a similar post-pandemic boom. Assuming mass distribution of vaccines by summer, a forecast said, "the next few years will be roaring." L.A. Times | LAist 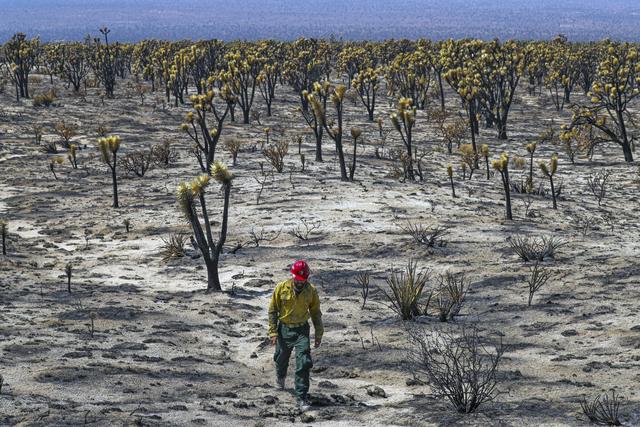 A firefighter walked through a charred Joshua tree forest in Mojave National Preserve on Sept. 1.

California's colossal wildfires this year did more than destroy roughly 10,500 structures. Countless coastal redwoods, hundreds of giant sequoias, and more than a million Joshua trees died. “Losing them changes the identity” of revered expanses of the American West, said one scientist. “It changes our relationship to those places.” The N.Y. Times put a Pulitzer-winning writer on this story about the tragic losses among California's iconic trees.

Republicans in Congress pounced on a report that Rep. Eric Swalwell, of the Bay Area, interacted with a suspected Chinese spy years ago. Rep. Kevin McCarthy, the House Republican leader, called for Swalwell to be removed from his post on the House Intelligence Committee. “He's a national security threat,” he said. Responding, Rep. Nancy Pelosi said of McCarthy: "He’s trying to deflect attention from the fact that he has QAnon in his delegation over there.” Politico 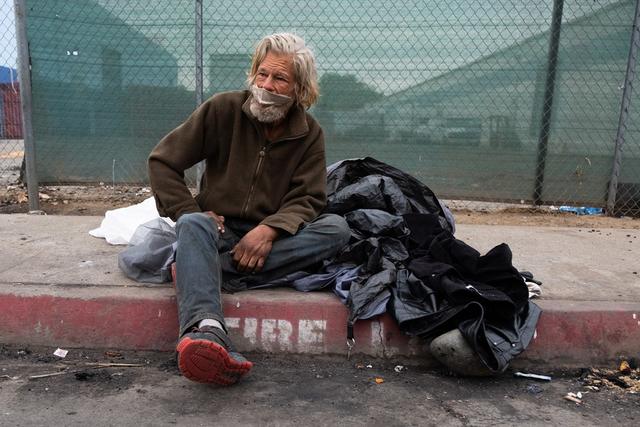 Greg Tarola sat on a curb in Sacramento on Nov. 17.

“You were worth more to life than to die cold on a sidewalk.”

Before falling into hard times, Greg Tarola was a standout baseball player. He had a home, a wife, two sons, and a job in the software industry. On Nov. 20, Tarola was found dead, wrapped in rain-soaked blankets, on a street in Sacramento. The temperature had dropped to 37 degrees. Here's the heartbreaking story of a man who seemed to have everything going for him and the senselessness of the way he died. CapRadio

On this week's California Sun Podcast, host Jeff Schechtman chats with Tracy L. Chandler, a Los Angeles photographer whose project "Edge Dwellers" focuses on communities living at the margins of California. She talked about the value of slowing down, the intentions we bake into our photos, and how the openness of California fosters artistic creativity.

☝️ Here's what it looks like to jog to the southern tip of the Marin Headlands.

Michael Bauer shared his video of the view from Point Bonita, a finger of land that juts into the strait connecting the Pacific to San Francisco Bay. A lighthouse there has guided ships into the bay since 1855. To arrive there is to feel like you've reached the end of California. YouTube

Bauer has a bunch of other Bay Area trail running clips on Instagram. 👉 @runthefog