California was in the legal firing line on Monday: 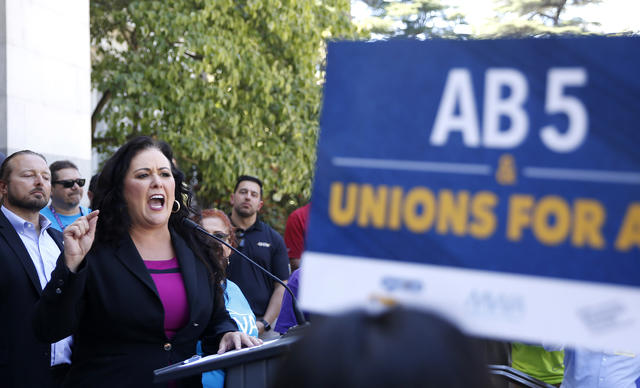 Lorena Gonzalez, the author of AB5, has wavered little in the face of protests over the legislation.

A lot of workers hate California's new gig law, among them musicians, therapists, truckers, and freelance journalists. Now, after months of protests that jobs are evaporating, lawmakers are scrambling to fix it. "This is an effort to right a ship that's gone wrong," the author of AB5 said. Sacramento Bee | L.A. Times

An anti-AB5 Facebook group has collected stories of hurt livelihoods from workers in more than 130 occupations. S.F. Chronicle

A federal judge rejected a request by Uber and Postmates to exempt them from AB5, saying its benefits outweighed the companies' concerns. CNBC | Bloomberg 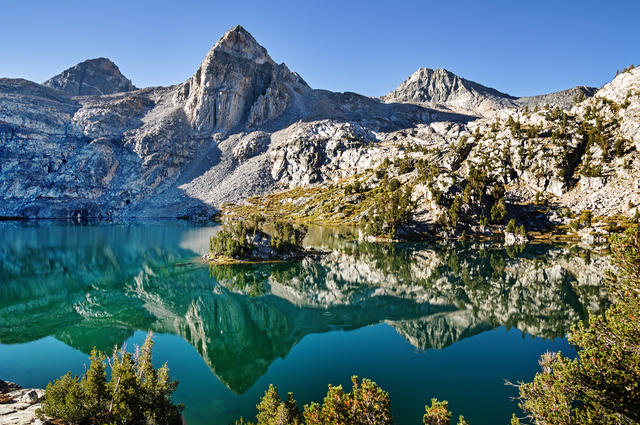 Kings Canyon National Park was Ansel Adams's favorite park for a reason. One of the most popular trails within the park, if not the entire Sierra, hugs the shores of Rae Lakes, pictured above. "Mile for mile," one travel author wrote, the loop "contains some of the most stunning and celebrated scenery in a mountain range world-famous for stunning and celebrated scenery." NPS.gov | Backpacker magazine

Here's a fascinating animation of America's westward expansion during the 19th century. Created by Steven Bernard, a graphics wizard at the Financial Times, it tracks when land was first developed. Watch for the opening of the transcontinental railroad in 1869, a moment that transformed America into one nation. Steven Bernard/Reddit 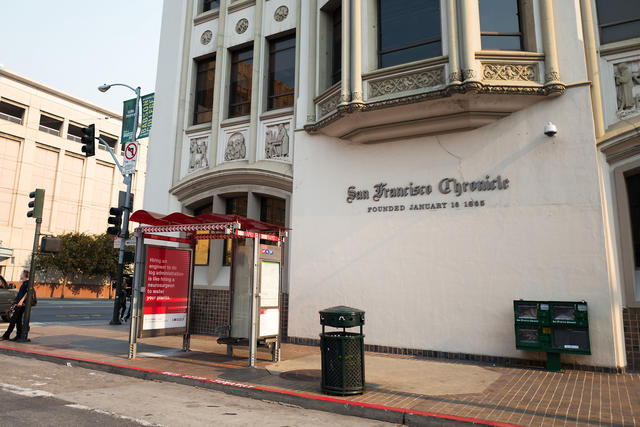 The S.F. Chronicle made a routine request for information about concealed weapons permit holders in Sutter County. Now the newspaper has been forced to bolster security at its newsroom after the county sheriff raised an alarm about the request, setting off of a torrent of threats. The Chronicle's editor said the sheriff had "put our journalists in personal danger." Sacramento Bee

The makers of TurboTax, based in Mountain View, lured customers into paying for a service they're supposed to get for free by using deceptive design and search engine tricks. Now an audit has showed that at least 14 million Americans paid tax software companies unnecessarily last year. That amounts to roughly a billion dollars. ProPublica 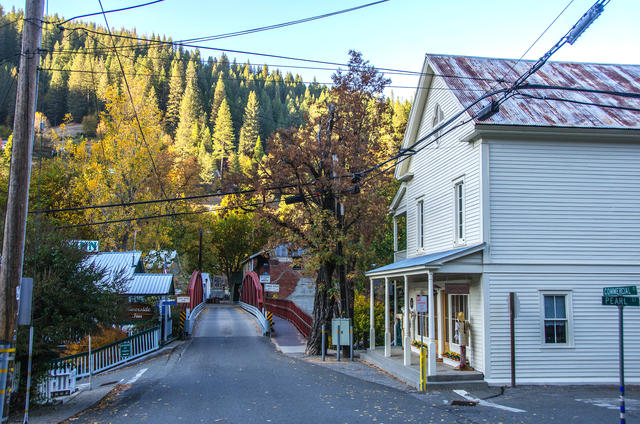 The Mountain Messenger serves Downieville, a town of about 300 people in the Sierra.

The N.Y. Times wrote a charming profile of the 71-year-old retiree who stepped in to save California's oldest weekly newspaper. Downieville's Mountain Messenger, founded in 1852, was on the verge of dying like so many other small-town newspapers in the digital era. One night, Carl Butz was watching "Citizen Kane" and thought, I can do that. N.Y. Times

An evacuee from China has been diagnosed with the new coronavirus in San Diego. The person, the seventh to be infected in California, is being held at UC San Diego Health as investigators assess who the person may have had contact with. KPBS | S.D. Union-Tribune

A public health official said workers at March Air Reserve Base, where evacuees are being held, have faced harassment from the community. A.P. | Press-Enterprise 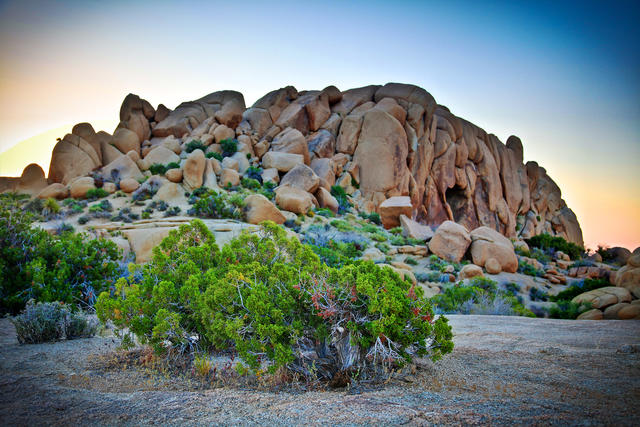 Joshua Tree National Park is a place of otherworldly beauty.

The code enforcers have finally descended on Joshua Tree, a desert getaway that has seen an explosion in unregulated short-term rentals. In January, enforcement officers started trawling through neighborhoods that have been ignoring building codes for decades. A real estate agent said there's worry that property owners will cash out en masse. L.A. Times

A family pit bull in a remote town in San Bernardino County killed a 5-year-old boy. An adult relative was home when the attack unfolded but was unable to stop it. "He was a loving dog," a cousin said. "He was not a vicious dog. But how it snapped, we don't understand." CBSLA | Victor Valley News

Last week, a white Lexus fatally struck a woman on a motorcycle then fled — and her husband made it his mission to find the driver. Two days later, he checked an apartment complex near the site of the accident on a hunch and found a damaged white Lexus. An 85-year-old man was arrested. ABC News | KNBC 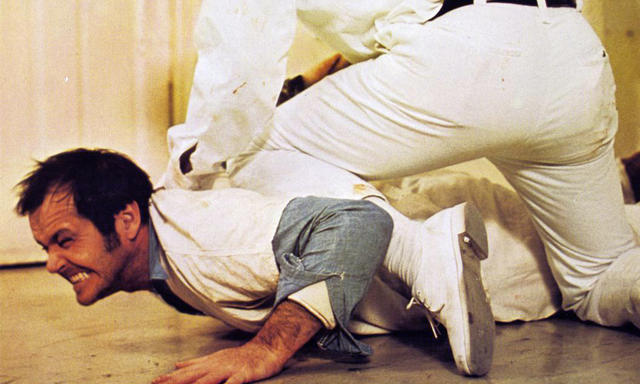 Jack Nicholson as Randle McMurphy in the film adaptation of “One Flew Over the Cuckoo's Nest.”

In the middle of the last century, mental hospitals were widely viewed as places of straitjackets and lobotomies where individuals were robbed of their humanity, as dramatized in Ken Kesey’s 1962 "One Flew Over the Cuckoo's Nest." Distrust was rampant.

A national movement to shift responsibility for psychiatric patients to local communities was wholly embraced in California, which essentially emptied its mental hospitals starting in the 1950s.

It was during this purge that a Stanford social psychologist, David Rosenhan, conducted an experiment that shook psychiatry to its core. He had eight individuals, including himself, get admitted to mental hospitals by briefly feigning auditory hallucinations. Once inside, the "pseudopatients" behaved normally, yet found it impossible to convince doctors they were well. They were given powerful drugs and kept for an average of 19 days, the study said. All but one was labeled schizophrenic. 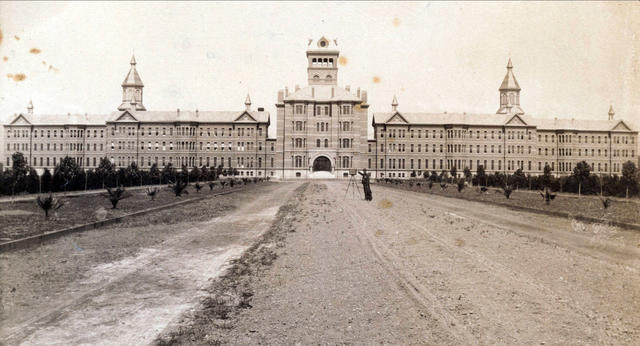 "We now know," Rosenhan concluded, "that we cannot distinguish insanity from sanity." His 1973 paper, "On Being Sane in Insane Places," buttressed the anti-psychiatry movement and hastened the dismantling of California's mental hospitals, which, flawed as they were, lacked any adequate alternative.

Except, according to the new book "The Great Pretender," Rosenhan was quite likely a fabulist. The author, Susannah Cahalan, reveals how Rosenhan had in reality presented far more troubling symptoms to doctors than he let on in his study. He said, for example, that he was suicidal and put "copper pots" over his ears to ward off unwanted voices. Cahalan, an investigative reporter who spent five years researching the book, found no trace of most of the pseudopatients. One of the two she did locate reported having an enriching stay at a hospital, but was inexplicably left out of the results. 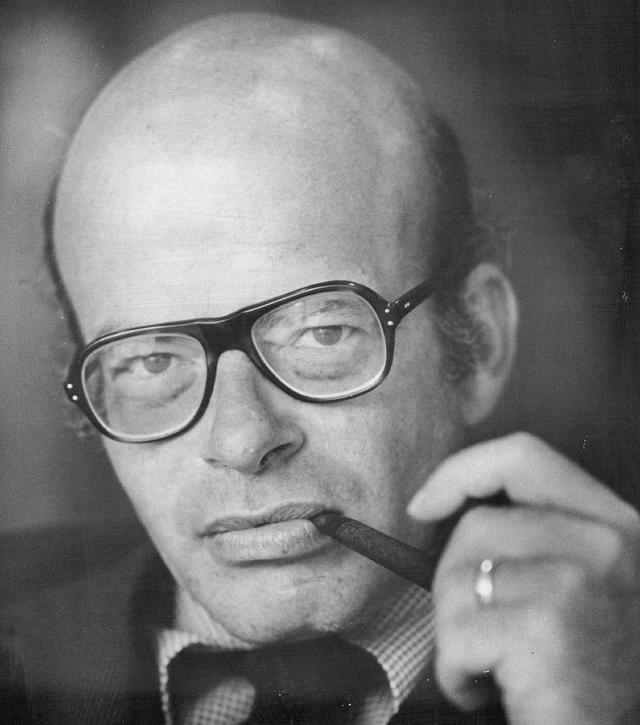 Nearly half a century after Rosenhan published his paper, California's missteps in caring for the mentally ill are heart-wrenchingly evident in homeless encampments across the state. One analysis found that more than half of those living on the streets of Los Angeles suffer from mental illness.

Rosenhan argued that psychiatric hospitals were little more than "storehouses for people in society who you really don't want." The subsequent criminalization of mental illness has effectively meant that jails have become a new version of storehouse. According to one estimate, 1 in 5 California inmates are on psychotropic medications. "Today, it's worse," Cahalan writes. "We don't even pretend the places we're putting sick people aren't hellholes."

Thank you for your patience with recent absences. I've had stuff to deal with (nothing bad). I've started a page here with my known days off over the next six months or so.