Alexandra Datig, the former fiancee of Larry Elder, said Thursday that the gubernatorial candidate once brandished a gun during an argument between the couple in 2015. Datig said Elder became so emotionally abusive that she ultimately broke off their relationship after 18 months. In the gun incident, she said, Elder walked to a nightstand, pulled out a .45 pistol, and checked if it was loaded as she was talking. "It was an act of silent scorn — and anger," Datig said. Elder said the accusations were beneath him. Politico | A.P.

California's firefighters are bone-tired. More than 10,000 firefighters are now deployed in the field — some paid barely more than minimum wage — with many bouncing between menacing blazes in difficult terrain for weeks at a time. “I see it in their face,” said Cal Fire Captain Keith Wade. “They are tired. They are exhausted. They are being challenged.” Mercury News

The photographer Daniel Brown captured portraits of firefighters in Plumas County last Saturday. Below, a selection. 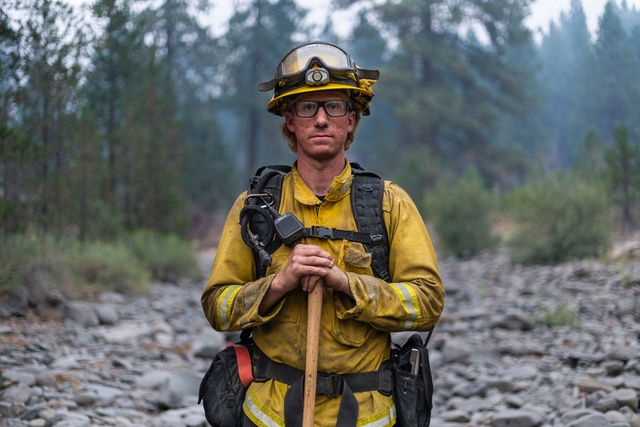 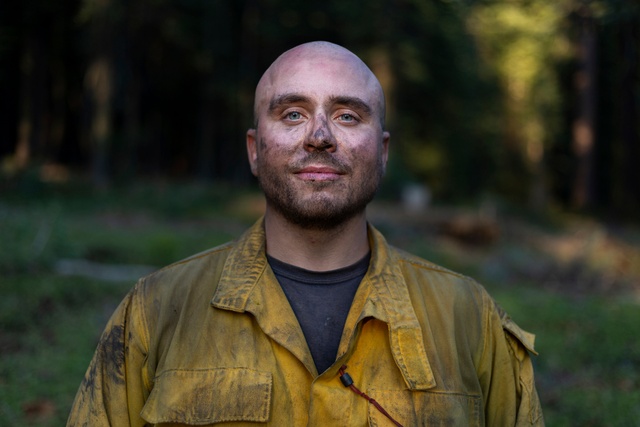 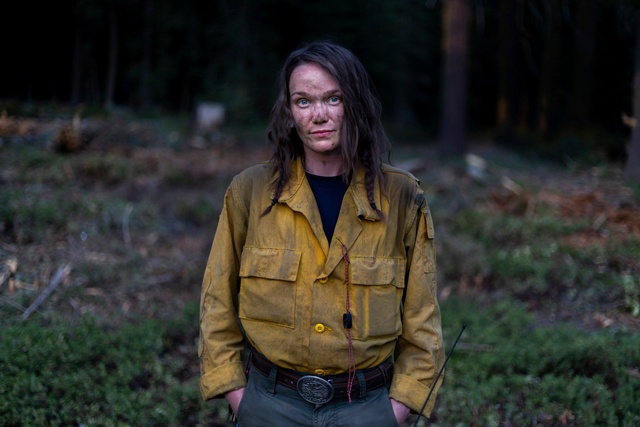 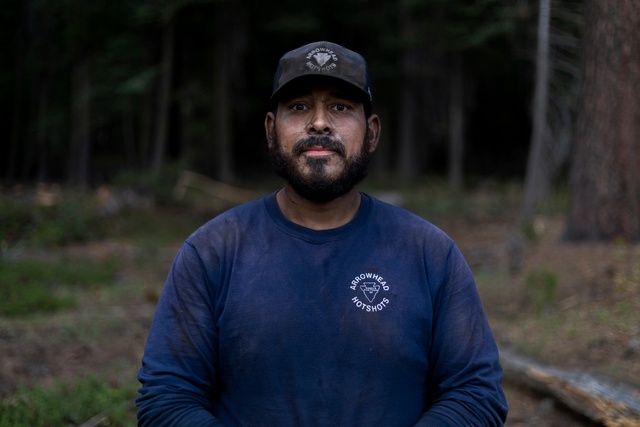 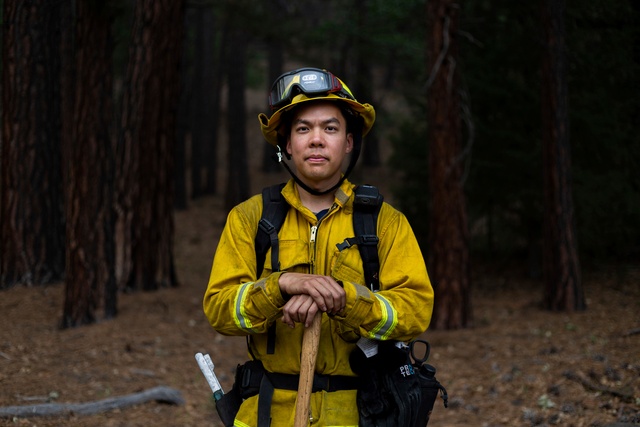 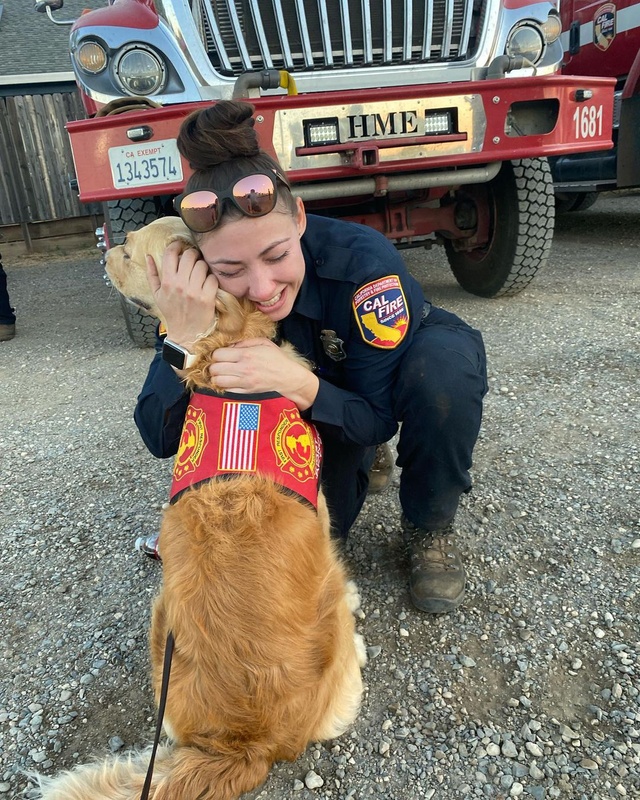 Meet Kerith, a crisis therapy dog who has been very busy helping keep California's firefighters sane in recent weeks. The 3-year-old golden retriever has been trained to provide affection and comfort to people dealing with stress. Heidi Carman, Kerith's handler, said part of the dog's appeal is that firefighters don't need to say a word. They simply spend time with her. Here's a video clip of a firefighter in Chico who was overcome with tears and laughter when she met Kerith. 👉 @kerith_the_golden_retriever

If history is any guide, California's fire season is only getting started. With 1.3 million acres burned so far this year, the state is well ahead of the acreage burned at the same time in 2020 — which was a record-shattering year. Fire experts are now bracing for the arrival of the Santa Anas and Diablos, dry winds that typically blow in from the high deserts toward the ocean around mid-September. “The dice are loaded,” said Alex Hall, a climatologist. “It’s very likely that we have much more of the fire season to come.” L.A. Times

San Francisco moved to suspend 20 police, fire, and sheriff's employees who refused to disclose whether they were vaccinated against the coronavirus. Written reprimands warned that the workers' intransigence "endangers the health and safety of the city’s workforce and the public we serve.” Earlier this month, the San Francisco Deputy Sheriffs' union said deputies would quit en masse over vaccine requirements. S.F. Chronicle 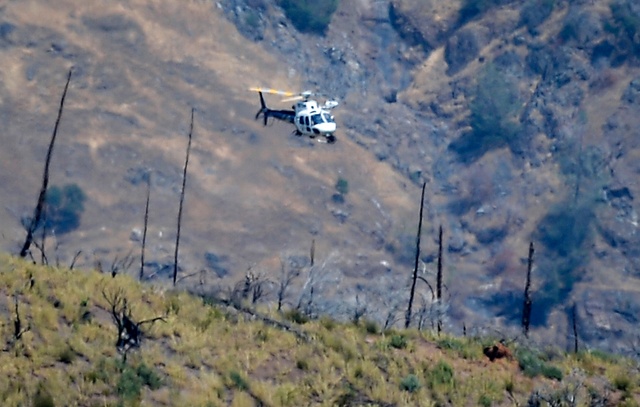 A helicopter hovered on Wednesday over the area where a family was found dead.

Officials are investigating whether toxic algae killed a couple, their baby, and their family dog, whose bodies were discovered with no obvious signs of trauma in the Sierra National Forest. In July, testing on the Merced River, which flows through the area, showed a “high concentration” of algae bloom. A sign installed at the start of the trail used by the family warned against drinking or swimming from waterways. Fresno Bee | S.F. Chronicle

On this week's California Sun Podcast, host Jeff Schechtman talks with Mizgon Zahir Darby, a leader of the Afghan diaspora in the Bay Area. She speaks about the horror of watching Afghanistan's unraveling from afar: "How could we be so heartless to not look at the human lives that are being taken and the fact that an entire country is being occupied by terrorists?" 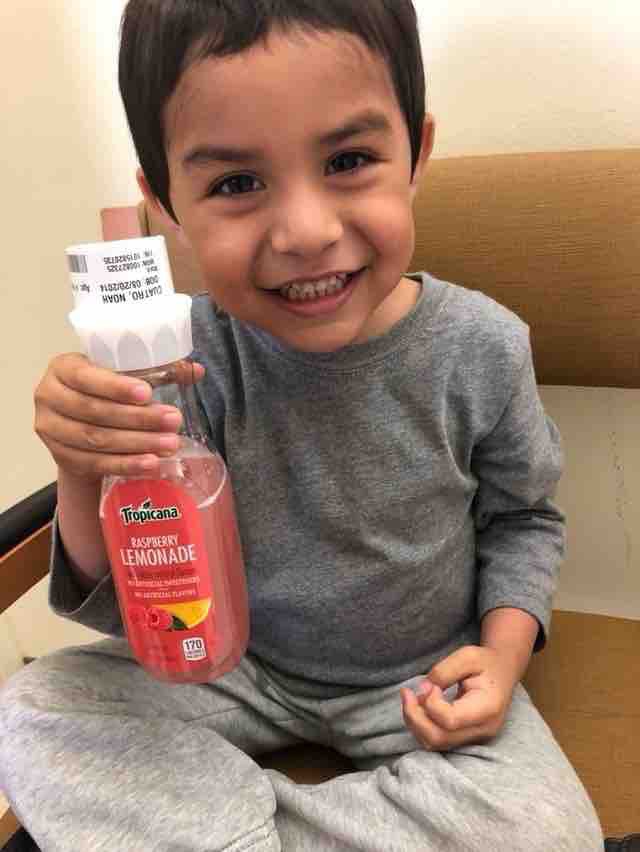 Noah Cuatro was just 4 years old when he died.

When Noah Cuatro was 2, his parents starved him to the point that he couldn't walk. When he was 4, one of his relatives called Los Angeles County’s child abuse hotline. Noah was losing weight again and had night terrors, she said. A child services caseworker secured a court order to have Noah removed. But the agency ignored the order, as colleagues accused the caseworker of bias against the Latino family. Noah died weeks later, just a month shy of his fifth birthday. His parents stand accused of torturing and killing him. Stay for the kicker in this deeply reported — and infuriating — investigation. 👉 L.A. Times

In a searing essay, Anita Sircar, a Los Angeles physician who has worked in Covid units for 17 months straight, said compassion fatigue had set in: "The burden of this pandemic now rests on the shoulders of the unvaccinated. On those who are eligible to get vaccinated, but choose not to, a decision they defend by declaring, 'vaccination is a deeply personal choice.' But perhaps never in history has anyone’s personal choice impacted the world as a whole as it does right now." L.A. Times 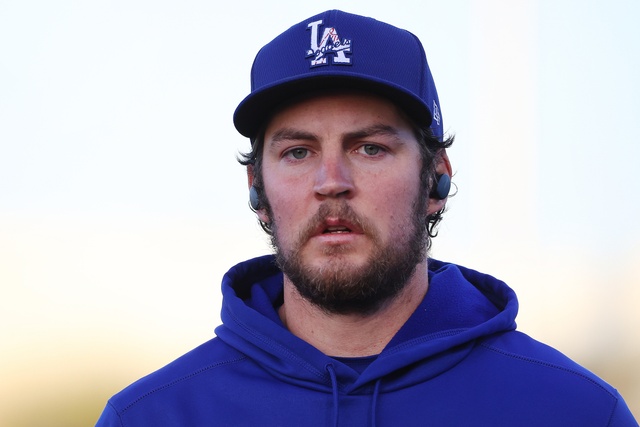 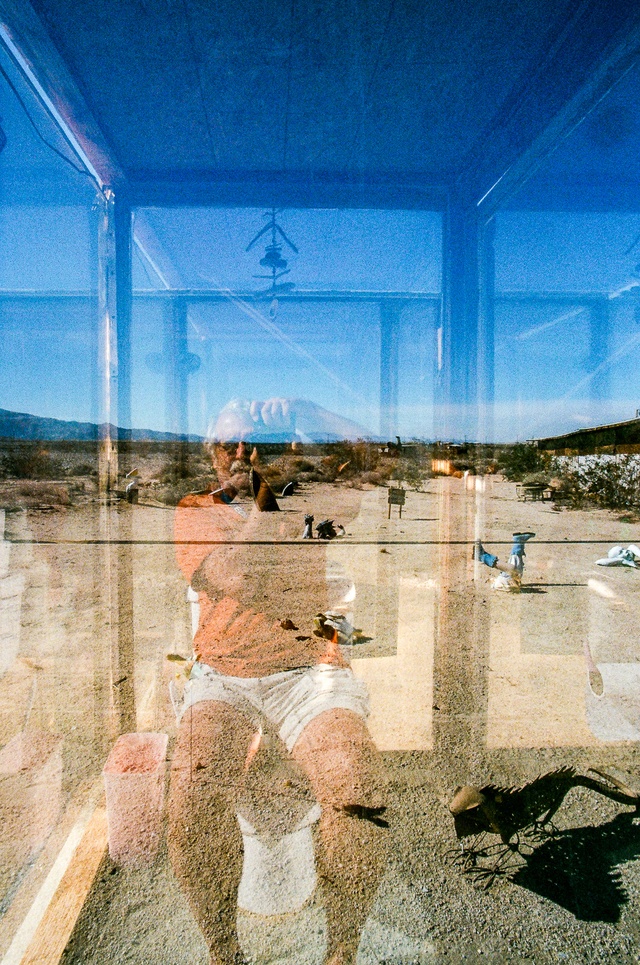 The view from inside the outhouse at the Glass Outhouse Art Gallery.

If the need strikes you while traveling the remote landscape east of Palm Springs, there's a working outhouse made of one-way mirrors just off Route 62. Even in the vortex of oddities that is the Southern California desert, the Glass Outhouse Art Gallery stands out. It's owned by a former rabbit breeder named Laurel Seidl who in 2009 invited artists to have their way with her property. What resulted was an outdoor sculpture garden that includes a giant Pepsi can, brightly painted bikes, a fully furnished chapel, and the main attraction: the commode. Here's a nice video tour. 👉 YouTube (~2:30) 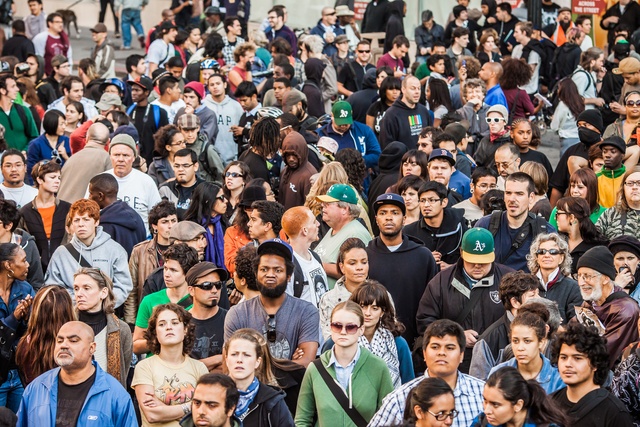