Scheduling note: I need to ask for your patience over the next few weeks. A pileup of family commitments means the newsletter will go dark June 24–28 and July 4–12. After that, it'll be back to regular programming. Thanks for your understanding. 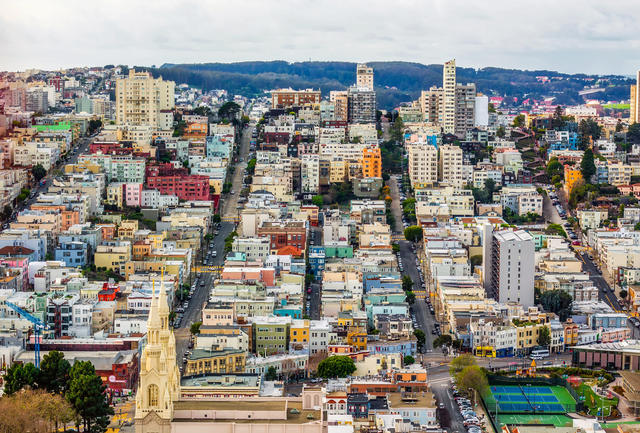 San Francisco, increasingly out of reach.

A couple signs of the times:

California is moving closer to adopting the nation's first statewide ban on facial recognition in police body cameras — and law enforcement isn't happy about it. Supporters of the ban warn that the technology poses an Orwellian threat: "People don't expect to have their identity, their location, and who they associate with logged every time they step outside and walk down the street." L.A. Times | USA Today 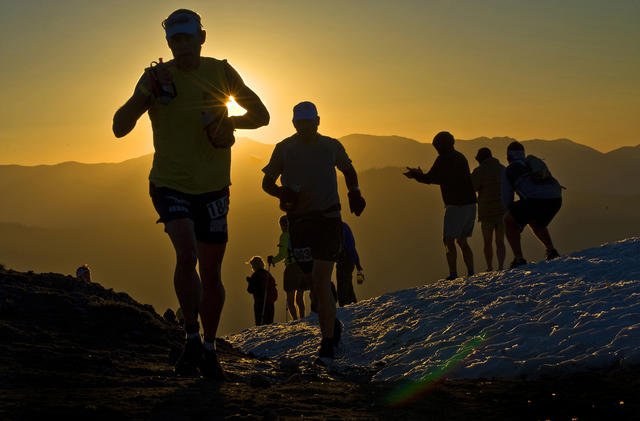 Runners competed in the grueling Western States race in 2010.

The Western States 100-Mile Endurance Run, one of the country's most prestigious ultradistance races, kicks off in the northern Sierra next week. This year it's confronting a new issue: How to enter and score transgender competitors. Some researchers say biological advantages in events like sprinting or shot-putting are not nearly so pronounced in endurance sports. So Western States set a new policy: "a runner's self-declared gender at registration will be accepted at face value.” N.Y. Times 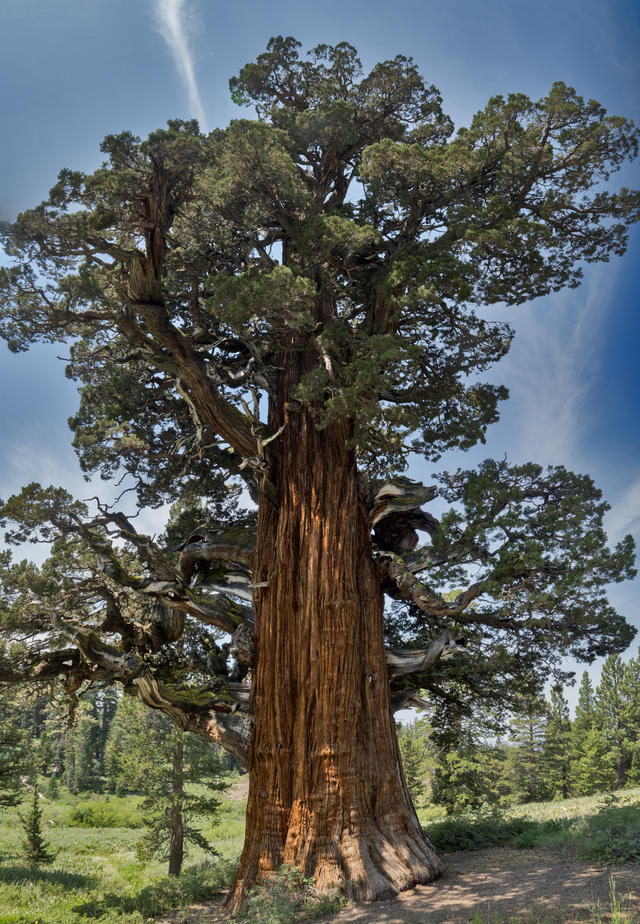 Here's the Bennett Juniper, the largest known juniper tree in America. Rising from the upper Sierra south of Lake Tahoe, its age is a bit of an enigma, but core samples have suggested that it's about 3,000 years old — so already 500 or so when work began on the Parthenon. In the summer, squirrels and lupins fill the meadow surrounding the gnarled beauty, creating a mosaic of the ancient and new. The Treeographer | KCRW 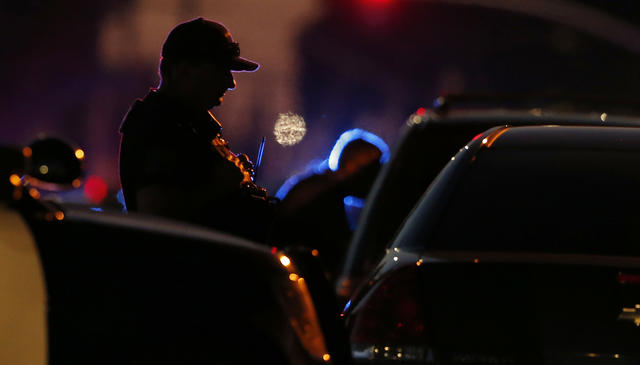 A law enforcement officer manned a barricade during a standoff with a suspect in Sacramento late Wednesday.

A rookie police officer was fatally shot during a domestic disturbance call in Sacramento. The officer, Tara O'Sullivan, 26, was helping a woman collect belongings from a residence when a gunman opened fire, blasting away even as other cops tried to rescue the wounded officer. It took more than 45 minutes to get her to a hospital, where she later died. "We're devastated tonight," said Police Deputy Chief Dave Peletta. The suspect was taken into custody after a long standoff. Sacramento Bee | CBS Sacramento

Max Harris, a defendant in the Ghost Ship trial, concluded three days of testimony. Among his remarks: 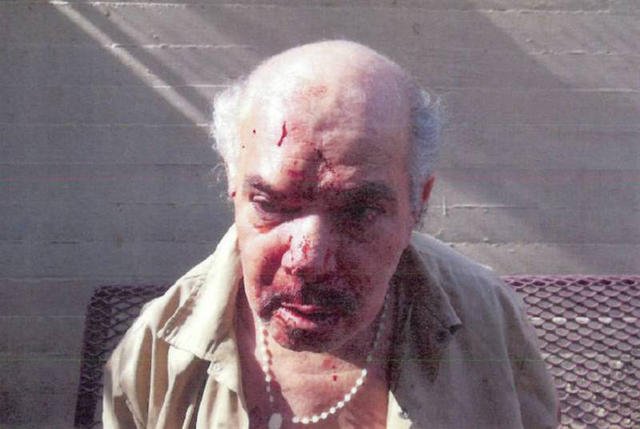 A doctor who saw a police officer smash a 64-year-old patient's face into a concrete wall at Napa State Hospital told investigators it was the most "brutal" takedown she had seen in 11 years of working there. Later, other officers attempted to cover up the incident by arresting the patient, records showed. They all kept their jobs. KQED

Facebook moderators are routinely exposed to some of the internet's most vile content. Some say their working conditions are just as deplorable. At one work site, physical fights are common and the only bathroom is repeatedly smeared with feces and blood. Some contractors say they fear for their lives. One had a heart attack at his desk and died at age 42. The Verge 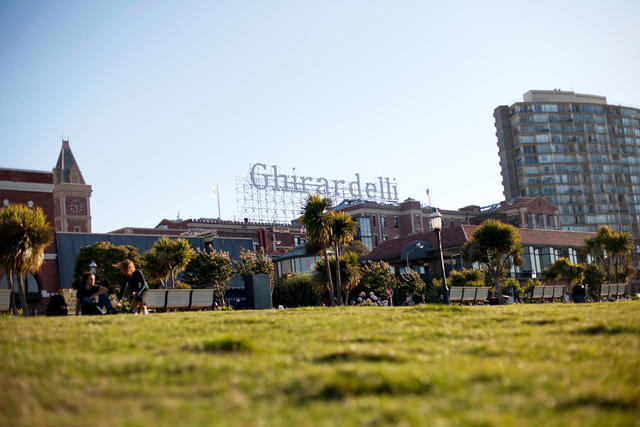 Today I learned: In 1848, entrepreneur James Lick arrived in San Francisco with 600 pounds of chocolate made by a friend of his in Peru, which he quickly converted into cash. Lick told his friend he ought to consider opening up shop in San Francisco.

Lick meanwhile snapped up real estate as the Gold Rush was taking off, eventually making him California's wealthiest man. The confectioner? He took Lick's advice, arriving in San Francisco in 1849. His name was Domingo Ghirardelli. Curbed San Francisco 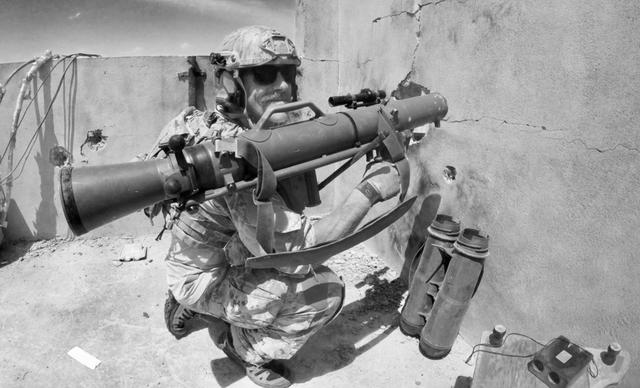 Former teammates of a Navy SEAL accused of killing a captive militant boy in Iraq have been giving testimony at his trial in San Diego. Among their recollections:

Gallagher's attorney has accused the team members of concocting the stories as part of a "mutiny." S.D. Union-Tribune | A.P.

A federal judge has blocked a moratorium on gun shows at the state-owned Del Mar Fairgrounds. The injunction was granted while a legal challenge to the moratorium works its way through the courts, which the judge said was likely to succeed. Gov. Gavin Newsom has hinted that he would sign a measure banning gun shows at state-owned fairgrounds, a move his predecessor rejected. S.D. Union-Tribune | Times of San Diego 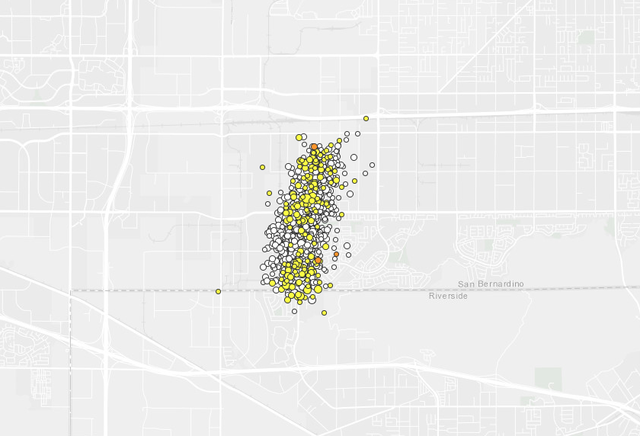 A USGS map depicted the recent swarm of small earthquakes in Southern California.

A seismic storm of more than 1,000 small earthquakes shook an area covering less than a square mile east of Los Angeles over the last three weeks. They're calling it "swarmageddon." However unsettling, experts said it probably doesn't portend a catastrophic quake. Still, one geophysicist added, "We do know a big earthquake is going to happen" — just not when and where. L.A. Times | SFGate.com

Activists are targeting Mayor Eric Garcetti of Los Angeles with a recall campaign, citing the city's homelessness crisis. The latest count showed L.A.'s homeless numbers jumped 16 percent in the past year. "The homeless situation is in a state of emergency," a recall supporter said, "and everything that we've done has not worked." L.A. Times | CBSLA

Steve Lopez: "This is not all Eric Garcetti's fault. But doing a lot is not necessarily doing enough." L.A. Times 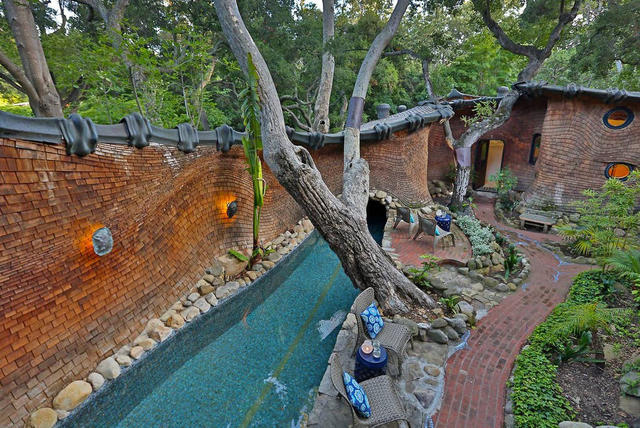 The undulating Whale House was built in 1978.

One of California's strangest homes is tucked in the woods outside Santa Barbara. Twenty craftsmen and three years in the making, the Whale House is hypnotically curvy, drawing inspiration from the vision of a whale swallowing a ship. The L.A. Times once called it "a work of housing art." You can stay there. It rents for $672 a night. Atlas Obscura 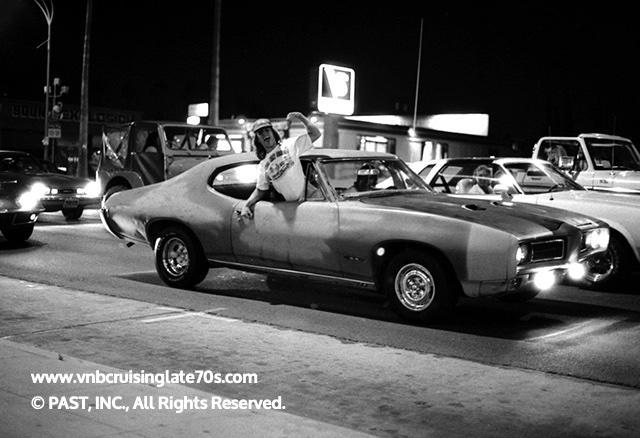 For teenagers in the San Fernando Valley in the 1960s and '70s, driving leisurely up and down Van Nuys Boulevard was the way to see and be seen. Here's a collection of nearly 170 photos of the characters and cars that defined the cruising era. vnbcruisinglate70s.com

Another project: photos of people motoring along Los Angeles freeways in the 1990s. Flashbak | AndrewBush.net