Last week, Merced County became the last county to exit California's purple tier, the most restrictive phase of the reopening plan. But there was little need for celebration. Like moonshiners during Prohibition, the Mercury News reported, the county has been partying for months, looking the other way as businesses flouted coronavirus restrictions. "We don’t play the kindergarten color game the governor put out," the mayor of Atwater said. "Adults are adults.” 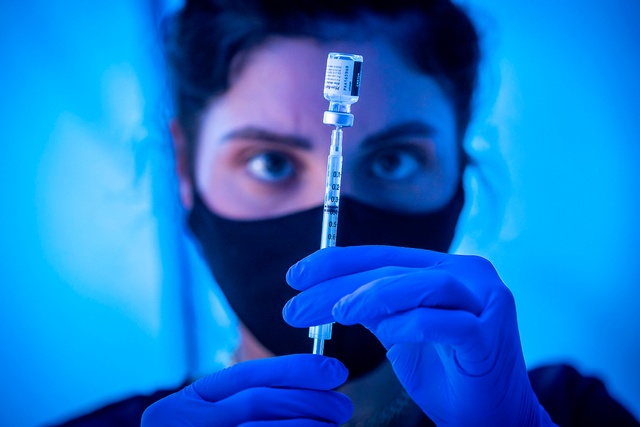 Liesl Eibschutz, a medical student, loaded a syringe with the Pfizer vaccine.

As some California counties struggle with limited vaccine supplies, others have more than they can use. Last Thursday, San Francisco got word that Eureka had more than a thousand extra Pfizer vials that would go to waste if not used within five days. What followed was a remarkable sprint that involved a private pilot, two Muni operators, and a team of nurses and doctors ready to inject arms. S.F. Chronicle

Now that schools are reopening in Los Angeles, wide disparities have emerged in levels of attendance. At Warner Avenue Elementary in Westwood, which is wealthier and whiter, 95% of students returned to campus. At Compton Avenue Elementary in Watts, the figure was 18%. Much of the reluctance has to do with virus fears, but there were other factors. Some families have had trouble getting student coronavirus tests. L.A. Times 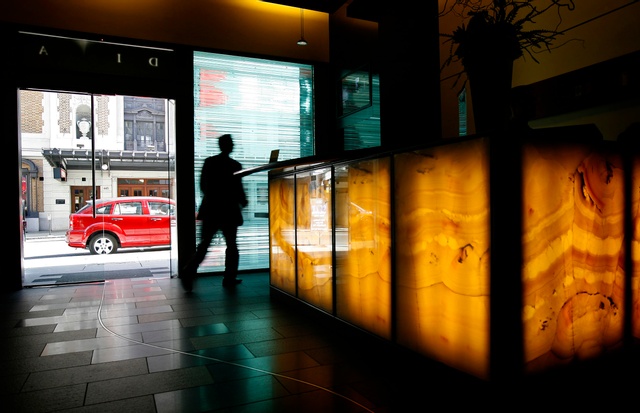 The lobby of San Francisco's Hotel Diva in 2006. It's now being used to house the homeless.

“I go like, ‘Is this real? Can this be real?’ And they take me to the room, and the room is beautiful.”

California is home to half of the nation’s unsheltered homeless population. This tragedy has unfolded despite an array of multibillion-dollar initiatives to curb it. But the pandemic added two crucial ingredients to solving the problem: urgency and federal dollars. The result — an ambitious program that buys hotels to house the homeless — "is both a drop in the bucket and a remarkable achievement," wrote the N.Y. Times. 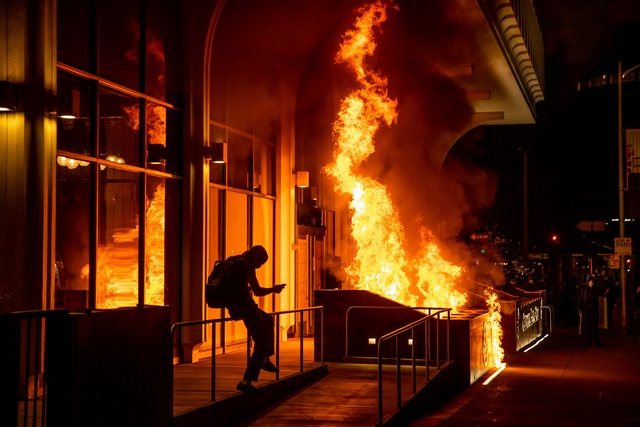 Protesters marched in several California cities over the weekend calling for an end to police brutality. In Oakland on Friday, a demonstration that began peacefully turned violent after a breakaway group smashed windows, set fires, and threw bottles at police. In Sacramento on Saturday, four police officers were hospitalized after being sprayed with an unknown irritant. KGO | CBS13

Last month, San Francisco's schools chief, Vincent Matthews, abruptly announced his retirement, then reversed the decision weeks later. Now we know why: He agreed to stay on only if the city's dysfunctional school board contractually agreed to let him do his job, behave in a "dignified and professional manner," and focus solely on getting schools reopened. Mission Local | S.F. Chronicle 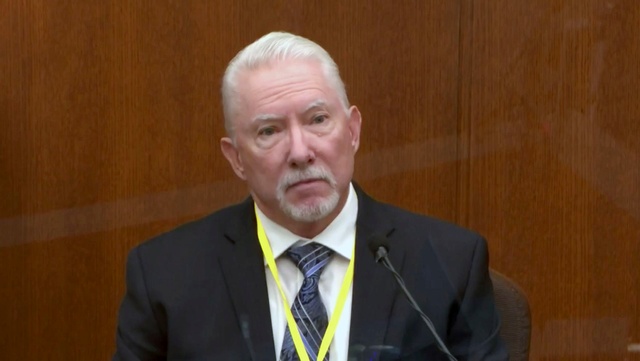 Barry Brodd testified during the Derek Chauvin trial on April 13.

Last week, a former Santa Rosa cop and use-of-force expert, Barry Brodd, testified for the defense in the Derek Chauvin trial. Days later, vandals showed up at the home where he lived in Santa Rosa and threw a severed pig's head on the porch. But Brodd moved out of the house — and California altogether — years ago. "It appears the victim was falsely targeted," police said. Press Democrat | A.P. 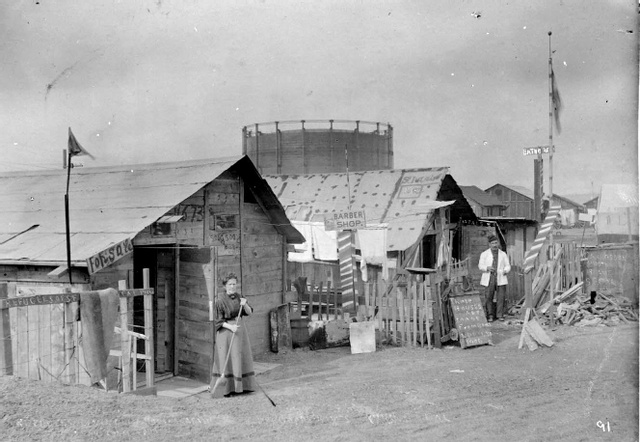 Refugees outside their makeshift shacks in San Francisco on April 30, 1906.

After San Francisco's 1906 earthquake, 115 years ago this week, the city assembled 5,610 refugee shacks with lightning speed. A handful of them are still lived in today, a symbol of San Francisco's rebirth in a moment of profound crisis. They're also trendy, a historian noted. "They are in essence the beginning of the tiny house movement, which today is all the rage.” S.F. Chronicle | Curbed (2015) 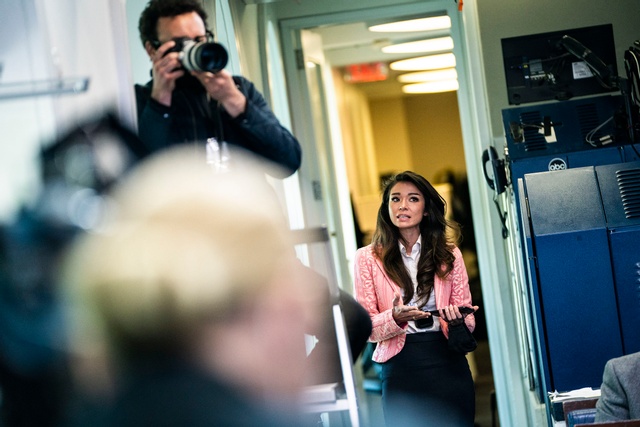 Chanel Rion, a reporter for One America News Network, at the White House on May 12, 2020.

One America News Network, the right-wing cable news channel based in San Diego, appears to have lost little of its fire since the ouster of Donald Trump. “There’s still serious doubts about who’s actually president,” the OAN correspondent Pearson Sharp said on March 28. During another segment that described the Capitol attack as the work of “antifa,” Sharp said: “History will show it was the Democrats, and not the Republicans, who called for this violence." N.Y. Times

A Coachella Valley teenager has become the first person from her indigenous Mexican community to be accepted to Harvard — with a full scholarship. Elizabeth Esteban lives in a mobile home in the desert settlement of Mecca, where her Purepecha parents migrated from Michoacán in search of a better life. Esteban burst into tears when she got the news. Her next goal, she said: Congress. KABC | NBC Palm Springs 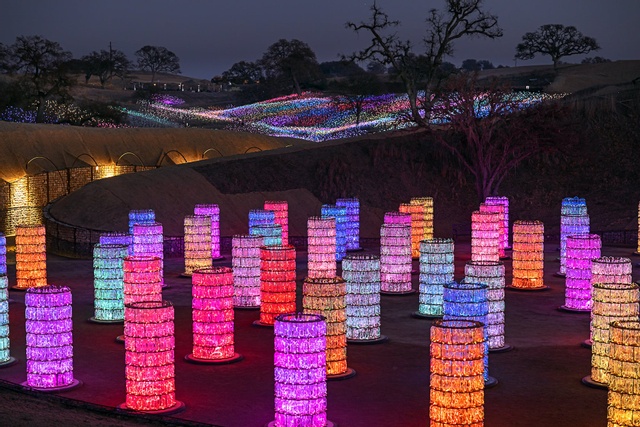 The light exhibit at Sensorio in Paso Robles has expanded.

A field of pulsating lights in Central Coast wine country was a sensation before the pandemic. Sensorio, by the British artist Bruce Munro, was meant to be temporary, but now it's expanding. During the lockdown, Munro added Light Towers, 69 colorful cylinders made of wine bottles filled with fiber optic lights. The photographer Francine Orr got some nice photos. L.A. Times 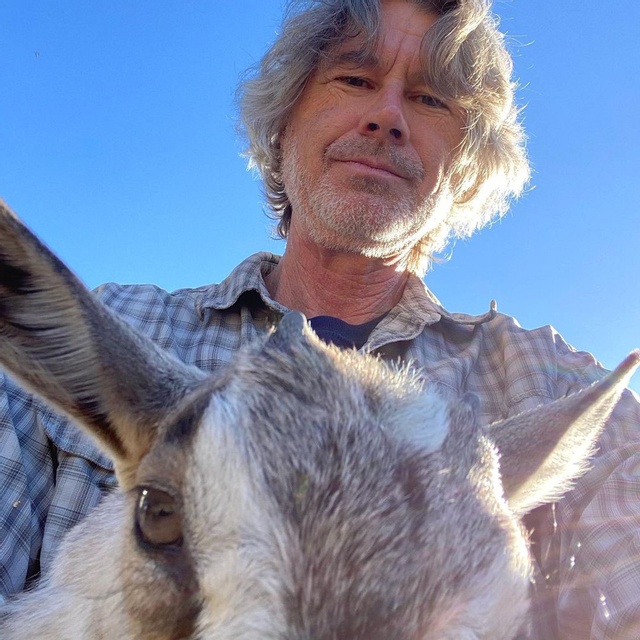 … Hank Beckmeyer, who owns La Clarine Farm, a winery in the Sierra foothills, with Caroline Hoël. Both are self-described “refugees from the music industry” who, seeking a change, dove into wine and cheese-making.

I'm tempted to say Yosemite, and that wouldn't be wrong, but I will officially answer Death Valley. There is really no place like it — it's beautiful and brutal, stark yet full of life. Incredibly diverse and full of surprises.

Best? Probably something by Kurt Vonnegut (I've read most of them). I like his somewhat whimsical take on life and the wonderment of just being alive. It is amazing he was able to convey this, considering his experiences in WWII.

We are lucky to have a small, family-owned French restaurant called "Allez!" nearby. The food is very honest French: no over-the-top stuffiness, great ingredients, and amazing prices. They were able to remain open during the pandemic, for take-out at least, and were really a lifesaver for us. I think it helped to keep us sane.

Oh, so many possibilities! I'm going to pick three from the music world, mostly so I would be able keep up with what I am sure would be an amazing discussion: Frank Zappa, Don Van Vliet (aka Captain Beefheart) and Jello Biafra. All three were intensely individualistic, groundbreaking musicians, and so inspiring for so many others! And all so intelligent!

There are an increasing number of challenges for winemakers in California: rising temperatures, wildfires, drought. Have you seen the effects of any of these firsthand, and are there steps you can take to offset them? What are your predictions for the future of California's winemakers?

It's hard to know how to react specifically to uncertainties, but we can all try to make plans for what "might" be. Better farming practices, especially organics (which is pretty easy in viticulture in California) could perhaps help the vines cope with less water and more heat. There may be some areas in the state soon where vine growing will no longer make economic sense. Fires are a huge cloud looming over us all, as are drought and labor/equality issues. Californians are a pretty innovative and flexible bunch, so I am sure we will figure some of this stuff out before it's too late! We better!