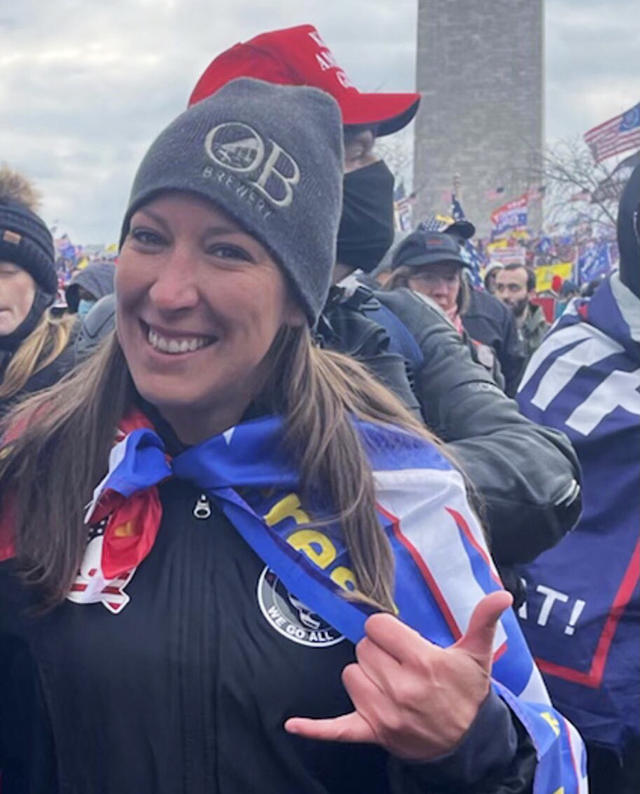 The woman fatally shot during the attack on the U.S. Capitol Wednesday was identified as Ashli Babbitt, 35, a San Diego resident and Air Force veteran. Her Twitter activity suggested she was an QAnon follower, including a photo posted in September that showed her at a Trump boat parade in San Diego wearing a “We are Q” shirt.

Video of the chaotic encounter inside the Capitol captured a group trying to bash through a door, the crack of a gunshot, and a woman falling to the ground, bleeding from the neck. Babbitt's ex-husband said he was in shock. "She loved America with all her heart," he said. "It’s truly a sad day.” FOX 5 | S.D. Union-Tribune 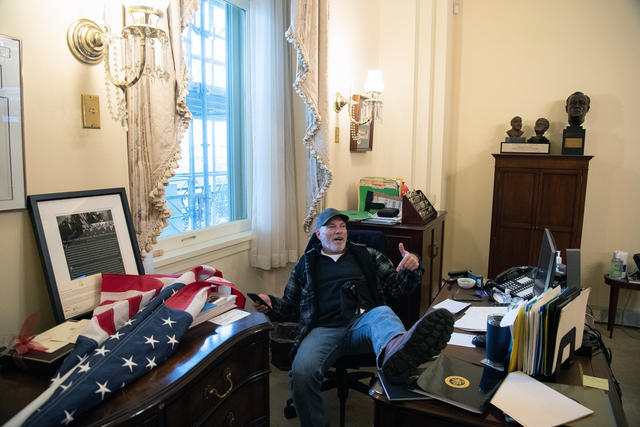 One of the most jarring images from the riot showed a man sitting at a desk in Speaker Nancy Pelosi's office. His name is Richard Barnett, 60, from Gravette, Ark., and he later stood outside the Capitol, with his shirt ripped open and his face swollen from pepper spray, loudly bragging. “I wrote her a nasty note, put my feet up on her desk and scratched my balls,” he said. N.Y. Times 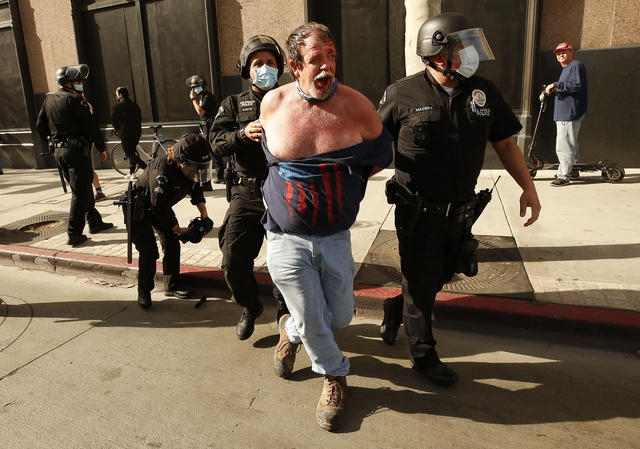 A pro-Trump protester was arrested after a fight in Los Angeles on Wednesday.

“Remember there are thousands upon thousands of patriots willing to die for our freedoms."

Supporters of President Trump carrying "Stop the steal" placards rallied in California cities from Eureka to San Diego on Wednesday as Congress met to certify the results of the presidential election. They were mostly peaceful, but brawls and failure to disperse led to 11 arrests in Sacramento and six more in Los Angeles. LAist | Sacramento Bee

Twitter and Facebook temporarily locked President Trump's accounts on Wednesday, the most drastic moves yet taken by the social media giants against the president. Twitter said if Trump violated its rules against election misinformation and inflammatory messages again, he would be kicked off permanently, silencing a megaphone he has relied on to reach more than 88 million followers. N.Y. Times | The Verge 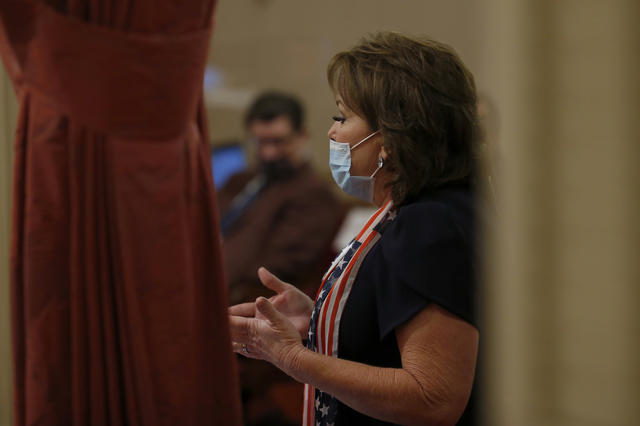 State Sen. Republican Leader Shannon Grove pushed the claim that Antifa was behind the Capitol riot.

State Sen. Shannon Grove, one of California's most powerful Republicans, said on Twitter that it was Antifa that laid siege to the U.S. Capitol on Wednesday, not Trump supporters. She made the comment in a retweet of a post by Lin Wood, the fabulist lawyer who has suggested Chief Justice John Roberts is a pedophile who played a part in the death of Justice Antonin Scalia. Grove later deleted her tweet. Sacramento Bee | SFGate.com

A sampling of how California lawmakers reacted to Wednesday's turmoil: 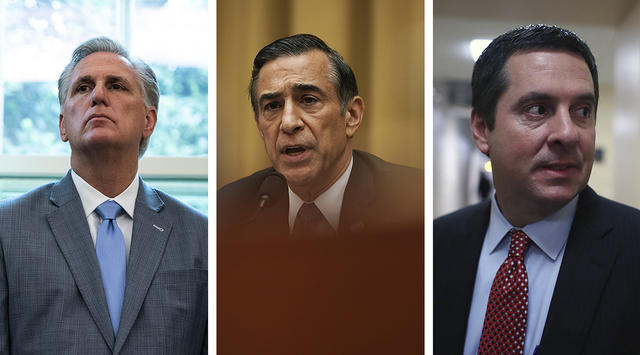 Among California's congressional Republicans, only Rep. Tom McClintock voted to reject an attempt to overturn the electoral outcome in Arizona.

Those who voted in favor: 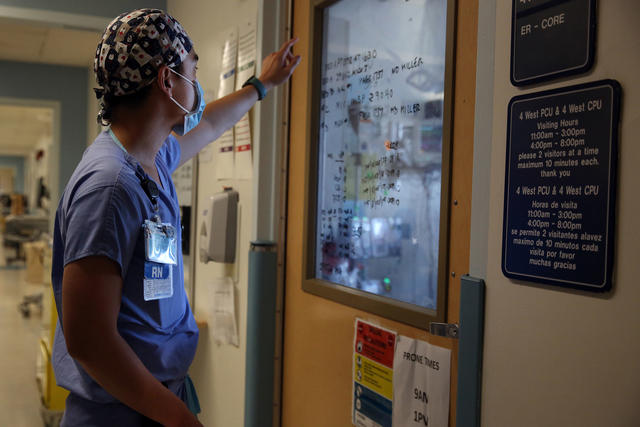 A nurse reviewed charting in a makeshift ICU wing at Harbor UCLA Medical Center on Dec. 29.

The surge of coronavirus hospitalizations in Los Angeles County has set off a vicious cycle. As more people are infected, the more likely hospital workers are to get sick. That in turn deepens staffing shortages at already overtaxed hospitals. In December alone, more than 2,200 people who work at L.A. County hospitals tested positive. L.A. Times

Gov. Gavin Newsom proposed giving an additional $600 in cash to low-income families in California, matching federal stimulus payments of the same amount. Dubbed the “Golden State Stimulus,” it would go to those with annual incomes of less than $30,000, including immigrants in the country illegally, for a total cost to the state of roughly $2.4 billion. A.P. | CalMatters

If California were a country, its rate of Covid-19 infections per capita would be among the worst in the world. An analysis found that California's rate of 658 infections per 100,000 people over a period of seven days surpassed that of the Czech Republic, the country with the highest rate of infection at 653 cases per 100,000. NBC News

Coronavirus infections in California hit 2.5 million on Wednesday. More than 1 million cases were recorded in less than a month. L.A. Times

Gif created from video by The TreeSpirit Project.

“I had never seen anything like that in my life."

For the past few weeks, European starlings have been putting on a show in the skies above Marin County. The birds form synchronized blobs known as murmurations that twist and twirl to confuse predators. As many as 500 bird-watchers have been gathering each evening at Mount Olivet Catholic Cemetery in San Rafael, where the spectacle has been centered. SFGate.com | Marin Independent Journal

Flashback: When a peregrine falcon spots a murmuration, one of the avian world's most heart-pounding aerial dramas plays out. California Sun

One of the most memorable parts of a visit to the world’s oldest trees is the road to get there.

Starting in the Owens Valley, the 34-mile bristlecone scenic byway climbs more than 8,000 feet past the fragrant stands of pinyon and juniper in the White Mountains. An overlook looks back across the valley to a spectacular view of the backbone of the Sierra Nevada, stretching from Mount Whitney to Yosemite. Another sort of expanse awaits at the end of the byway, that of the great antiquity of the bristlecone pines, survivors since the time of the Pharaohs.

A few views from the White Mountains. 👇 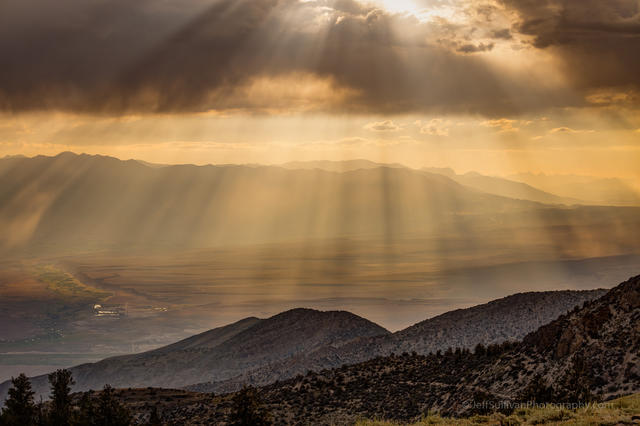 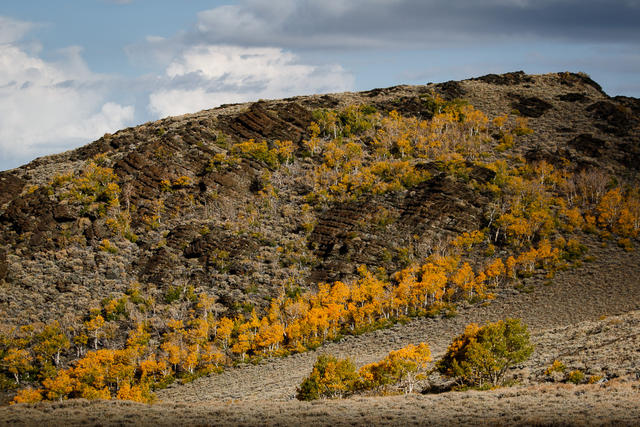 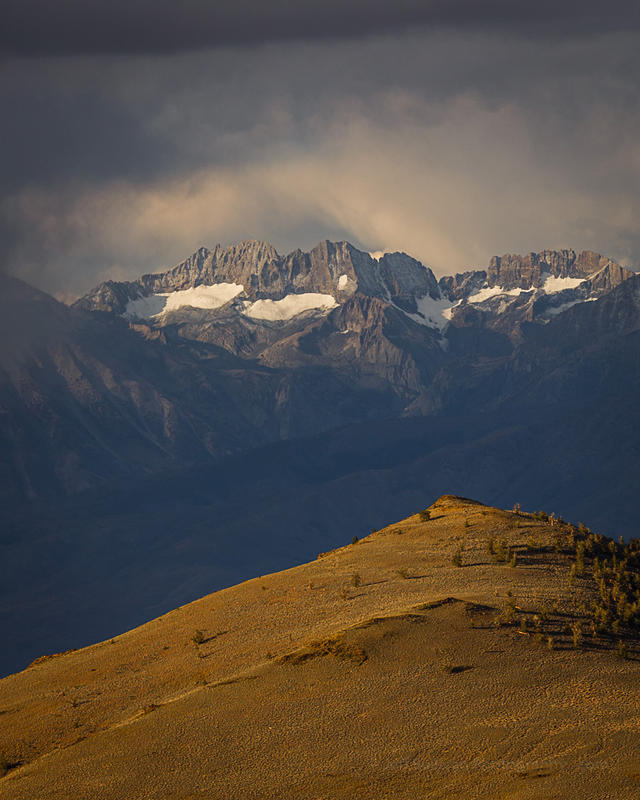 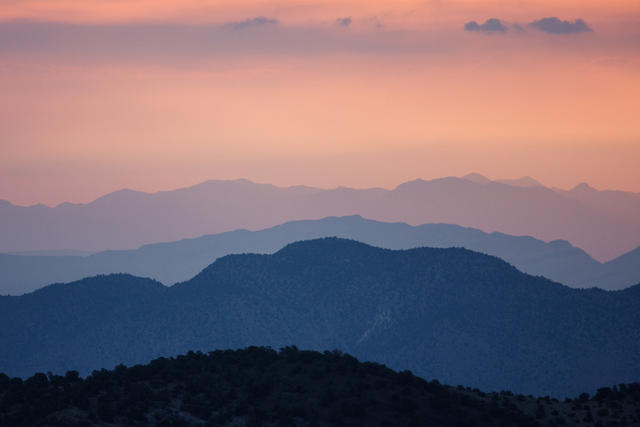 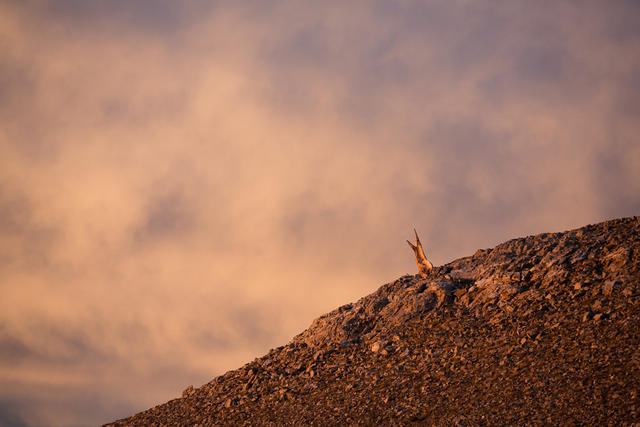