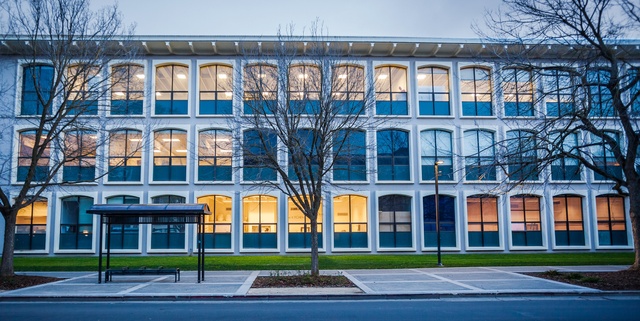 The Art Building at UC Davis.

More than 6,000 University of California lecturers are planing to walk off the job at nine campuses Wednesday and Thursday, halting instruction for thousands of students. The workers have accused UC leadership of bad-faith bargaining on paid leave, compensation, and other matters. Ryan King, a UC president spokesman, called the strike action "grossly unfair" to students. S.F. Chronicle | CalMatters

At 7.5%, California's official jobless rate is tied for the highest in the nation. But even that figure understates the employment dilemma. Researchers at the Ludwig Institute for Shared Economic Prosperity, a think tank, measured the number of "functionally unemployed” people, including those unable to find jobs above the poverty line. The total: 4.8 million people, a full 26% of California workers. CalMatters

Last week, California directed health care providers to open up Covid-19 booster shots to all adults. But the policy change has not filtered down to most vaccination appointment systems — including the state's MyTurn site — which still limit the shots to certain high-risk groups. Some people are simply misrepresenting themselves on screening questions to get appointments, but others have been deterred. "I was not about to lie," said Tru Love, a Santa Clara mother. "I am not that person." Mercury News | ABC30 Action News

☝️ A NOAA satellite on Tuesday captured this great view of California's wintertime tule fog. Notorious for causing pileups, the blinding fog often forms after rains between November and March as the ground chills overnight and cools the nearby air. Water vapor condenses into what is essentially a cloud on the valley floor, bracketed on either side by the Sierra and Coast Ranges. In the image above, winds can be seen dispelling the fog's northern edge. @NWSSacramento

San Francisco is aiming to open a supervised drug use site by the spring, even though it is illegal under state and federal law. Mayor London Breed on Tuesday introduced legislation to acquire a building near the Tenderloin to house the program, which would adhere to a philosophy of harm reduction that advocates say saves lives. Critics say the sites promote drug use. San Francisco's overdose crisis has spun increasingly out of control, now killing about two people a day. KTVU | Forbes 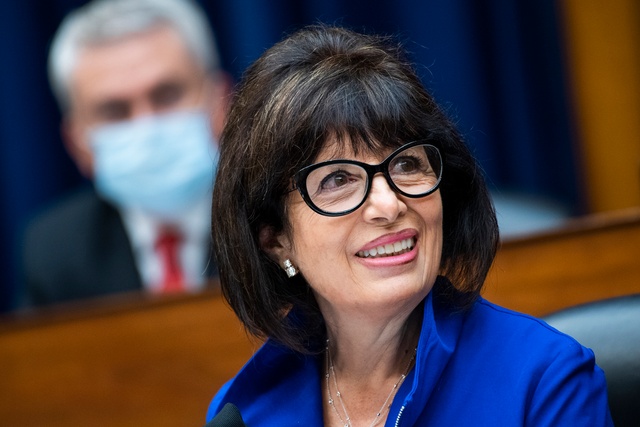 In 1978, Jackie Speier, then a legislative staffer, flew with Rep. Leo Ryan to Guyana to follow up on concerns that people were being abused at a cult compound led by the Rev. Jim Jones. Gunmen shot Ryan and four others dead and left Speier with five bullet wounds. On Tuesday, after a decades-long career in Congress, the Bay Area Democrat recalled her improbable survival as she announced that would not seek reelection. "I vowed that if I survived, I would dedicate my life to public service," she said. "I lived and I served.” S.F. Chronicle | Washington Post

Chico's Bidwell Park, known for being one of the nation's largest urban parks, is also one of its most beautiful. The park juts from the city's downtown for 11 miles, following a creek into the luxuriant Sierra foothills. One of the best places to take it all in, ideally at sunset, is from Monkey Face rock, reached in an easy stroll from a parking lot. Brent Holland, a local drone videographer, got some gorgeous 4K footage (starting at about the 1:20-minute mark). YouTube 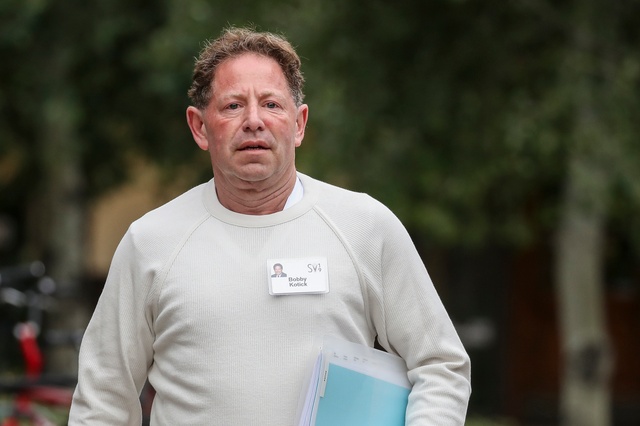 More than 100 workers at Activision Blizzard walked out Tuesday after a Wall Street Journal report that CEO Bobby Kotick knew for years about alleged rapes at the company and failed to inform the board of directors. It was the second walkout at the Irvine video game company in four months, and included demands that Kotick step down. As Activision’s stock price plunged 6% Tuesday, he issued a statement that called the Journal article misleading. Washington Post | CNET

A school superintendent in San Bernardino County is making more than $600,000 a year, a public payroll watchdog reported. That's more than double the typical superintendent salary in California and nearly nine times the area's median household income. Under his contract, James Hammond has been allowed to cash out generous sick time, which grew this year to an astonishing 85 days. Contacted by a reporter, Hammond didn't see any problem. Southern California News Group | A.P. 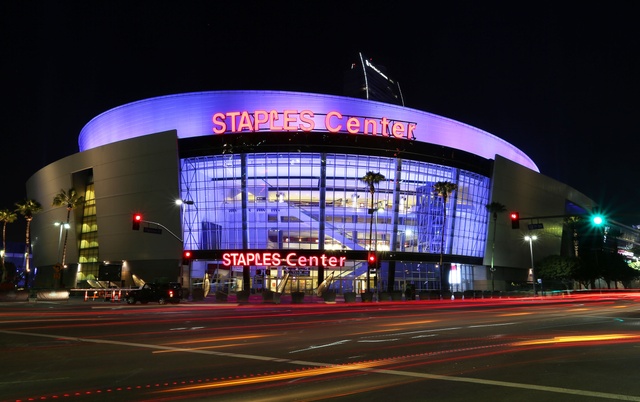 It's been the Staples Center since opening in downtown Los Angeles in 1999.

Staples Center is about to become Crypto.com Arena. Sources told the L.A. Times that the Singapore cryptocurrency exchange paid more than $700 million for the naming rights to the home of the Lakers, Clippers, Kings, and Sparks in what appears to be the largest deal of its kind in the United States. Crypto.com’s chief executive, Kris Marszalek, said the move was a sign of the times: “In the next few years, people will look back at this moment as the moment when crypto crossed the chasm into the mainstream.”

Diners in Los Angeles will only get plastic utensils and napkins if they ask for them, under an ordinance that took effect Monday. City leaders said they passed the law to curb plastic waste buildup. "This action will help us gain a measure of control over what has become an environmental catastrophe," City Council member Paul Krekorian said. Malibu, San Luis Obispo, and Davis have similar laws. L.A. Times | City News Service 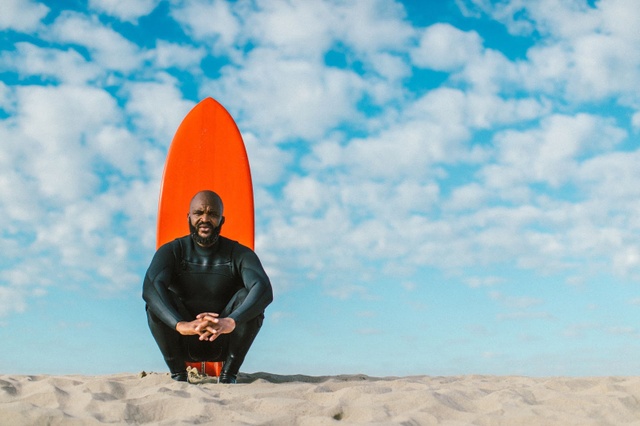 A. Joshua Tree. As much as I love the ocean and mountains there is something extremely centering about the desert — especially Joshua Tree. Energetically, it is my favorite place to just be.

The last great book I read — that I still go back to — is “How To Change Your Mind” by Michael Pollan. It dives deep into the science and biology about how our bodies work with psychedelic substances — and the benefits that can come from them, as opposed to the fear that is typically associated with them.

I live in Venice and a low-key gem is Scopa Italian Roots by Chef Antonia Lofaso. It's the best Italian American comfort food in America. I've been eating there for 10 years and each time is like the first time.

I would invite Joni Mitchell, because she wrote one of my favorite songs called “California,” Snoop Dogg, and two-time world surfing champion Tom Curren, who also is an amazing musician. The conversation starter would definitely be “wanna smoke?” and would take place over a fine hand-rolled gem by our man Snoop — we would go to some cool places. There would probably be a great jam session in there somewhere, too.

The drought and fire season have made us aware of the threats to California's forests and mountains. But are you seeing changes in the ocean as a result of the climate crisis? Are there problems you foresee for the surfing community as the ocean warms?

We are seeing really late-season south swells that are usually over by this time of year, and the water is still relatively warm. In the winter we are used to wearing full suits and having to wear booties, so it will be interesting to keep an eye on the changing water temperature. As an active snowboarder, the drought is obvious. I hope we have some sort of record winter with rainfall; if we don’t, shit will be real next summer. Active outdoor enthusiasts touch it at a real level — we definitely feel it in the ocean and see it in the mountains.

BONUS: What's your favorite spot to surf in California, and why?

Swami’s in my hometown of Encinitas. It's a beautiful, long, right-hand point break and it sits just below the Self-Realization Fellowship center in town. I’ve been surfing there since I was a kid, so when I paddle out it's a reunion with people I've known for decades and one of the most beautiful waves in California.