California's top air quality regulator, Mary Nichols, indicated that the state may need to resort to drastic measures to offset the Trump administration's plan to loosen vehicle emission standards. On the table, she said in a draft document: "an outright ban on internal combustion engines." 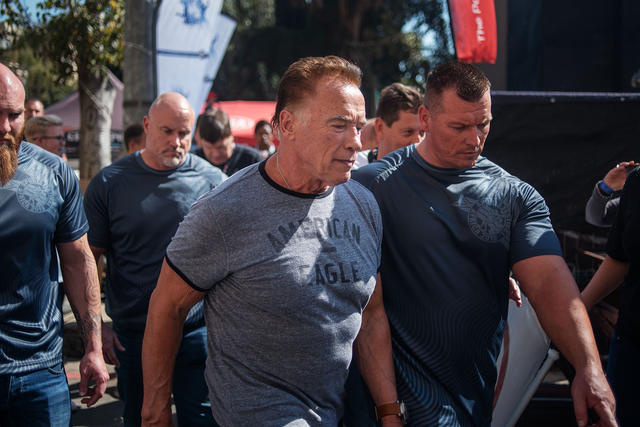 Arnold Schwarzenegger was chatting with fans during an athletic event in South Africa when a man came running from behind, leapt into the air, and kicked the former governor with both feet. The attack — captured on video — was delivered with full force, but Schwarzenegger, 71, appeared to brush it off. "There is nothing to worry about," he said later. 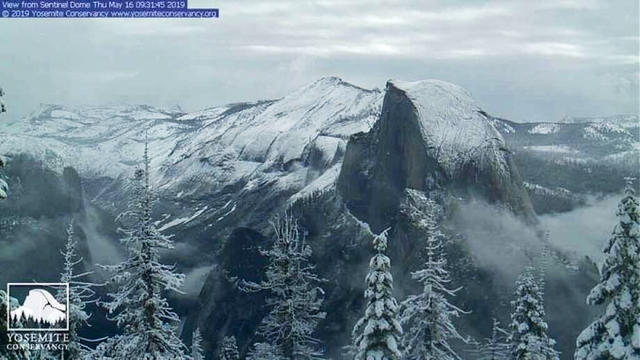 "This is May gray on steroids."

Across California, another storm over the weekend brought cold and rain to the state's southern reaches, hail in the Bay Area, and snow in the Sierra. Early this week, yet another storm is expected to roll ashore, lurching from north to south along the coast. 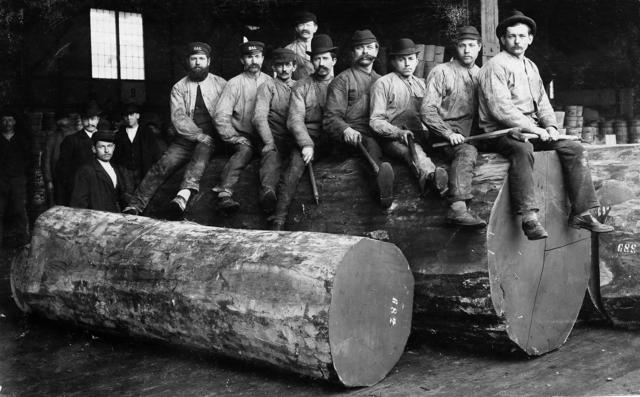 Bluejeans became part of the unofficial uniform of miners, cowboys, and lumbermen.

It was on this day in 1873 that bluejeans were patented. A tailor living in Reno named Jacob Davis had perfected a method of using copper rivets to reinforce denim pants at stress points, like pocket corners. Unable to afford the patent fee, he asked his San Francisco fabric supplier, Levi Strauss, if he'd pay the sum in exchange for a half-interest in the business.

The sturdy pant, dyed blue to hide stains, was wildly popular among the men of California's gold and timber fields. Over the years, jeans became the best-selling garment of all time, embraced by everyone from high fashionistas to Hells Angels. Today, Levi Strauss & Co., which went public a couple months ago, has a market value of more than $8.6 billion. That patent fee that got Strauss half the business? $68. 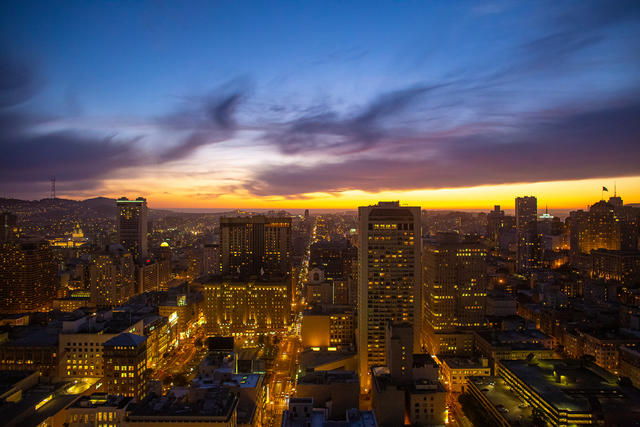 Some people have been lamenting the changes sweeping San Francisco.

The New Yorker published an account of the bleakness of being in San Francisco at the beginning of a tech I.P.O. wave. Teachers are leaving, congestion is spiking, and Victorians are being gutted and painted gray, wrote Anna Wiener, who herself came to the city for a tech job. "Almost everyone I know is down on San Francisco these days, and for good reason. Few can envision a future here."

A study found that housing costs for the San Francisco area's wealthiest residents has actually fallen in the past decade. From 2008 to 2017, the incomes of the poorest 25 percent of households rose an average of 8 percent as their housing costs increased by an average of 24 percent. For the wealthiest 5 percent, incomes increased 21 percent as housing costs declined 3 percent. At the lower end of the market, competition for affordable housing has played a part in driving up prices. Mercury News

Silicon Valley's per-capita GDP is $128,308. That means it outproduces almost every nation on the planet. The Guardian 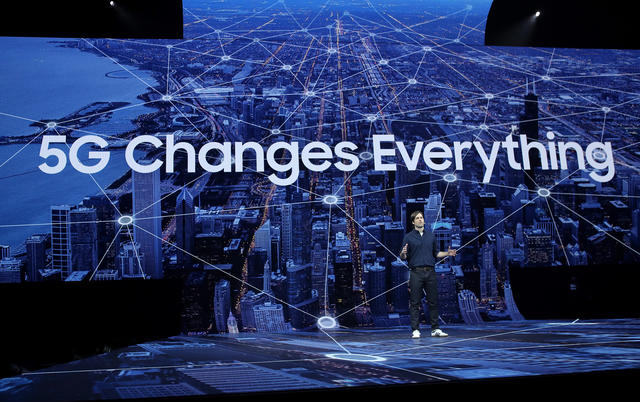 Samsung announced new devices at an event in San Francisco on Feb. 20.

A war against 5G wireless internet equipment is brewing in Northern California. Nearly a decade in the making, 5G is the next generation of mobile broadband. The network is powered by "small cell" antennas installed atop utility poles, and carriers like AT&T and Verizon have been rolling them out block by block. But in places like San Francisco and Marin County, residents are mounting a resistance. Some say the equipment is unsightly. Others worry radiation from the antennas could be harmful.

Vandals destroyed nearly half of a 40-acre cherry orchard owned by former San Francisco 49er Jeremy Newberry. A worker arrived to the East Bay farm to find 2,000 newly planted cherry trees plucked from their roots and snapped. "It would take two grown men, literally, and probably six or seven hours, to tear up those trees," Newberry said. "Just the sheer amount of time it takes to do this. It was a heartbreak." 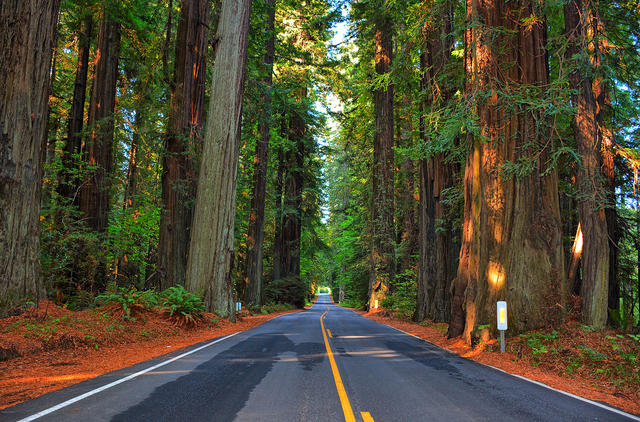 The Avenue of the Giants is one of California's most glorious drives.

"The redwoods, once seen, leave a mark or create a vision that stays with you always... They are ambassadors from another time."
― John Steinbeck

Though about 95 percent of California's ancient coast redwoods have been logged, a robust representation of that last 5 percent is found in the groves along a quiet two-lane road in Humboldt County. Many drivers hurrying along Highway 101 unknowingly pass by the Avenue of the Giants, which winds about 32 miles through the soaring forest of Humboldt Redwoods State Park. YouTube has a time-lapse of the entire drive. 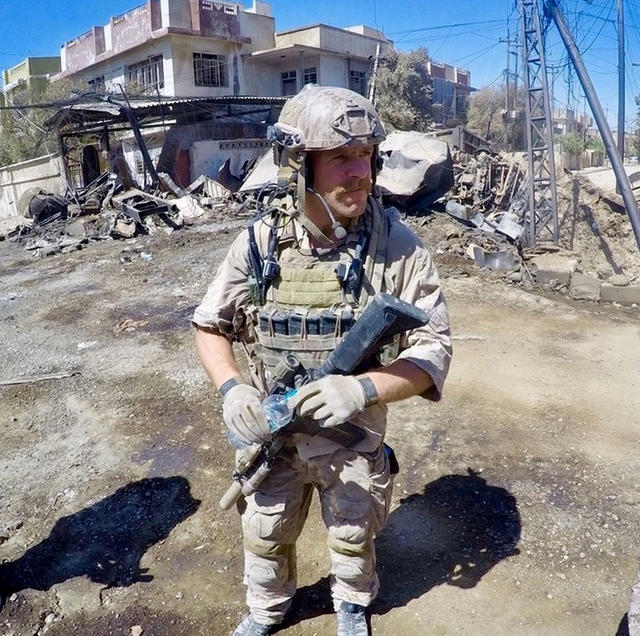 President Trump has shown signs that he plans to pardon Edward Gallagher, the San Diego-based Navy SEAL who is accused of shooting unarmed civilians and killing an enemy captive while deployed in Iraq. Gallagher was turned in by members of his own team. They said he spent much of his time in a hidden perch with a sniper rifle and boasted about the number of people he had killed. Two SEAL snipers told investigators that one day, from his sniper nest, Gallagher shot a girl in a flower-print hijab who was walking on the riverbank.

The federal government has begun flying hundreds of migrants from South Texas to San Diego for processing as facilities have become overcrowded. The unusual move underscored the administration's struggle to keep up with a surge of Central American families crossing the U.S. border for asylum. "We're in the middle of a humanitarian crisis and the numbers in Texas are staggering," one official said. 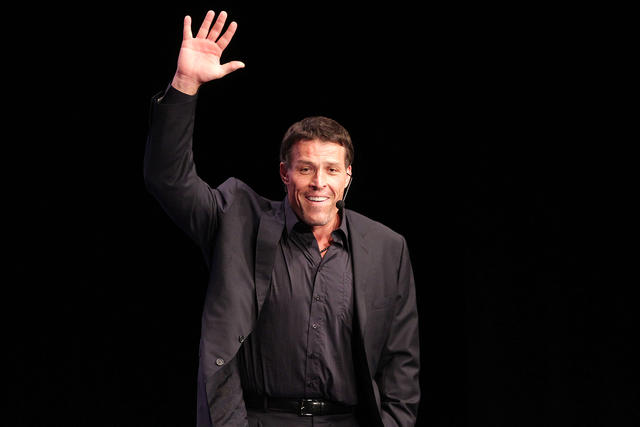 After a yearlong investigation, Buzzfeed News published allegations that the Southern California self-help guru Tony Robbins made inappropriate sexual advances and berated victims of rape and violence. Two women who worked as his assistants said Robbins expected them to work alone with him when he was naked. Robbins published a response, calling the report "an inaccurate, agenda-driven version of the past, pierced with falsehoods."

When a paddleboarder and surfer nearly collided on a wave in San Diego, they exchanged words. Then the paddleboarder, 34-year-old Paul Konen, swung a paddle at the surfer, 56-year-old Kevin Eslinger, leaving him with brain damage. Now Konen, convicted of assault with a deadly weapon, is going to state prison for five years.

A meeting of public officials in the Coachella Valley devolved into a brawl involving more than seven people, with a councilman from the city of Commerce left bloodied and unconscious. It was unclear what set off the dispute between the combatants — which included political consultants, government vendors, and elected officials. 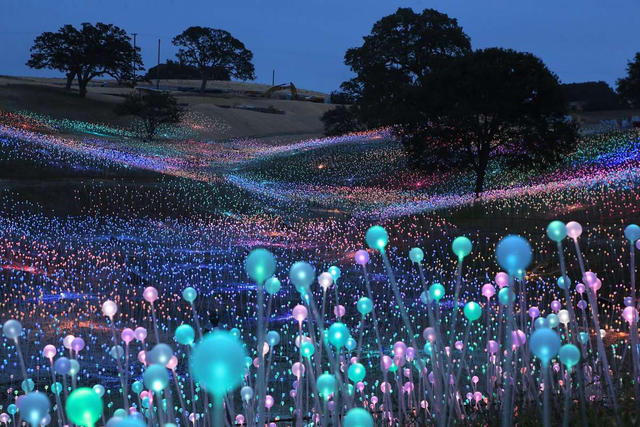 Just opened in Central California's wine country is a luminescent pasture of nearly 60,000 glass orbs. Earlier iterations of artist Bruce Munro's Field of Light installation have appeared in Mexico, Britain, and Australia — but the one in Paso Robles is the largest yet. It's posed as a wellness experiment: Walk among its gently pulsing lights and connect with the wonder of existence. "On the night of my visit," a Guardian critic wrote, "people were walking alone through the lit fields and weeping." S.F. Chronicle | Paso Magazine

Separately, the Museum of Contemporary Art in Los Angeles announced that it will make admission free after receiving a $10 million gift. L.A. Times | N.Y. Times

Subscribe for free to the California Sun to get must-read news about the Golden State in your own inbox.