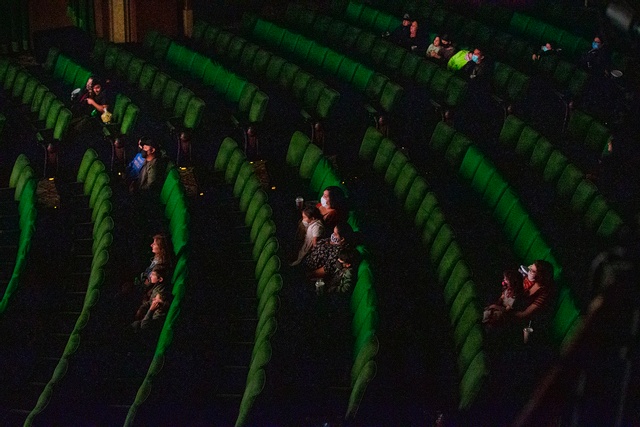 The state's reopening expanded on Tuesday, ushering six more counties — all in Northern California — into the orange tier. San Francisco, Marin, and Santa Clara are among the counties that can now allow more patrons into restaurants and reopen bowling alleys and other higher-risk businesses. “San Francisco is going to come alive,” declared Mayor London Breed, wearing an orange dress. Los Angeles and Orange counties were expected to go orange next week. L.A. Times | A.P. | S.F. Chronicle

France Doiron, 95, and his wife, Roberta, 92, have been married for 72 years. Before the pandemic, France visited the Chula Vista nursing facility where Roberta lives so often that staff members sometimes thought he lived there, too. Then they were separated for an entire year, visiting only by FaceTime. Both vaccinated, they finally reunited on Tuesday, hugging and holding hands. Caregivers looked on with tears in their eyes. S.D. Union-Tribune 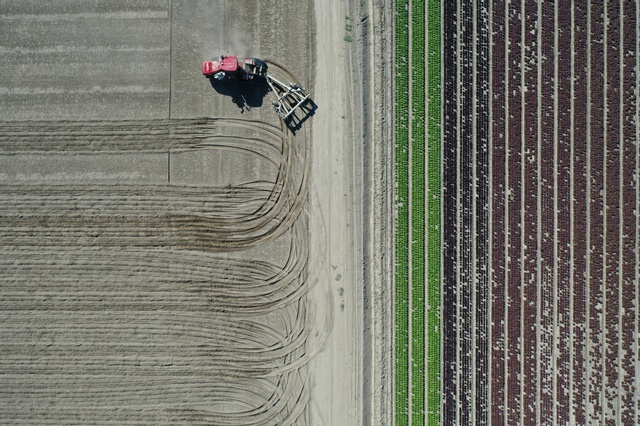 A tractor tilled soil on a farm in Coachella on Feb. 17. Farms have been warned of potential cutbacks.

“I think we all see that hydrologically we’re in a drought.”

With California's rainy season winding down, the state's reservoirs should be brimming. Instead, most are sharply down, evoking memories of shrunken reservoirs that proliferated in 2014 and 2015. Shasta Lake is at just 52% of capacity. Oroville is at 40%. Water agencies are now asking farms and cities to voluntarily conserve. Mandates could be next. S.F. Chronicle | Sacramento Bee

A Biden initiative that would pour up to $3 trillion into repairing America’s infrastructure could open the door to a list of ambitious projects in California. Among them: 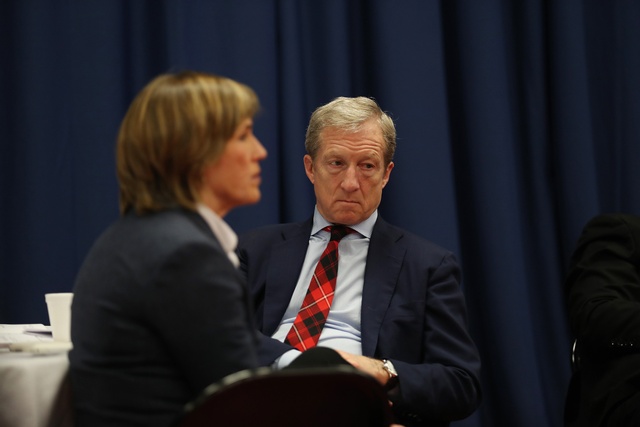 Tom Steyer has been relatively quiet on the Newsom recall campaign.

Tom Steyer, the billionaire environmentalist who made a failed bid for president, has said he opposes the effort to recall Gov. Gavin Newsom. Still, he commissioned a poll on the California recall that included his own name as a potential replacement. It is one of the few concrete examples of a Democrat weighing opportunities in a post-Newsom California. Politico

Oakland became the latest city to announce a guaranteed income program that will give $500 a month to 600 low-income families for 18 months. The privately funded initiative builds on the example set by Stockton, but differs in a significant way: It will be the first to limit participation to people of color. Officials said they were targeting a status quo in Oakland in which the average annual income of white households triples that of Black households. Oaklandside | A.P. 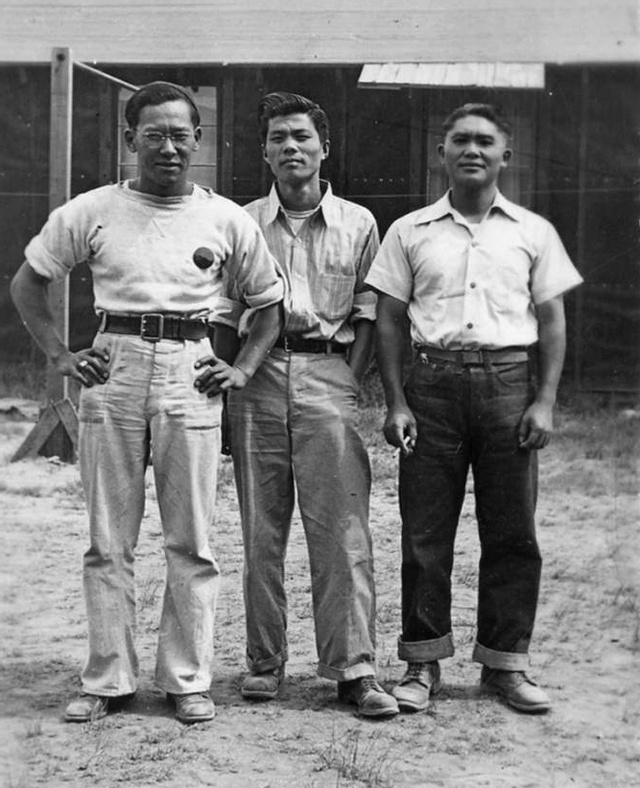 Men at the Tule Lake internment camp in 1944.

"As far as I’m a prisoner, I’m not signing anything.”

During the World War II internment of Japanese Americans, prisoners were asked two crucial questions: Would you swear absolute allegiance to the U.S., and would you serve in the military? Those who answered "no" to both were taken to Northern California's harsh Tule Lake camp, and became known derisively as "no-nos." Shunned, some hid their personal histories for generations, even from their own children. The L.A. Times produced a fascinating report on the Japanese Americans of Tule Lake reclaiming their stories.

The colorful tufts of nylon, suspended like wisps of smoke along the Point Reyes coast, appear to result from digital trickery. But look closely and you can spy tiny supports holding them aloft in the wind. The artist Thomas Jackson spent his pandemic year experimenting with the real and the imagined along the Northern California coast. See a few of his works below, and more here. 👉 @thomasjackson415

(Also take a behind-the-scenes peek at his process.) 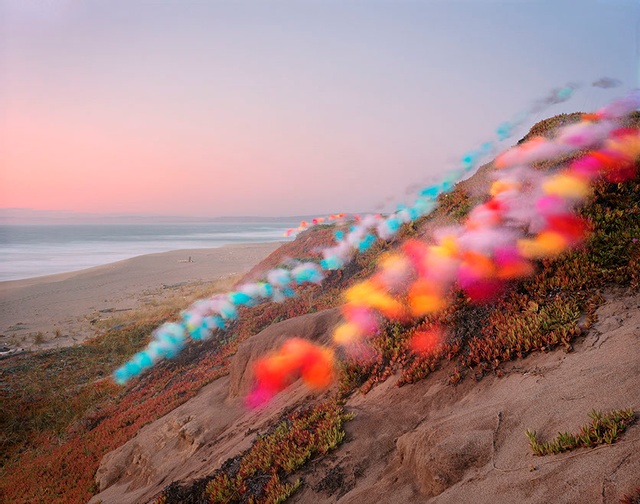 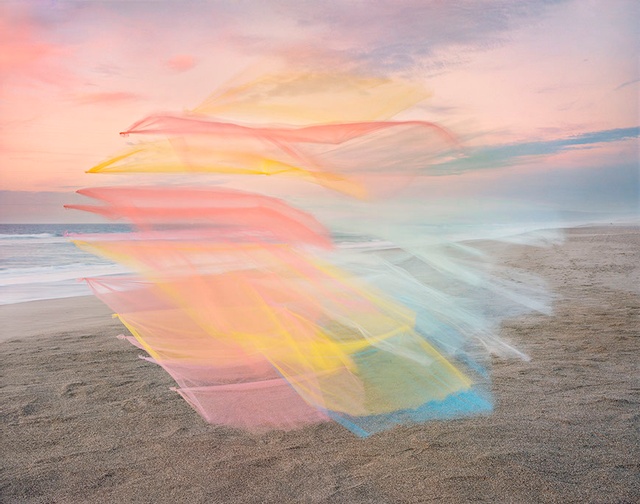 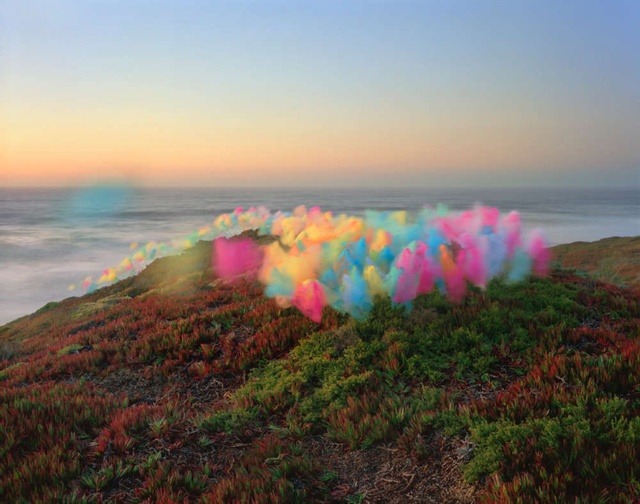 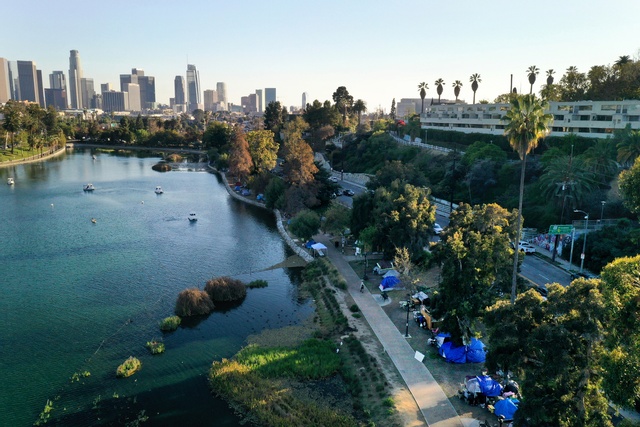 A source told the L.A. Times that Los Angeles officials are planning to sweep Echo Park Lake of its homeless encampment this week, then fence the entire area for repairs. The park has become a flashpoint in the city's homelessness crisis since roughly 100 people took up residence there, infuriating surrounding homeowners. Outreach workers have been scrambling to move people into hotels rented by the city. L.A. Times | LAist

Across Southern California in recent days: 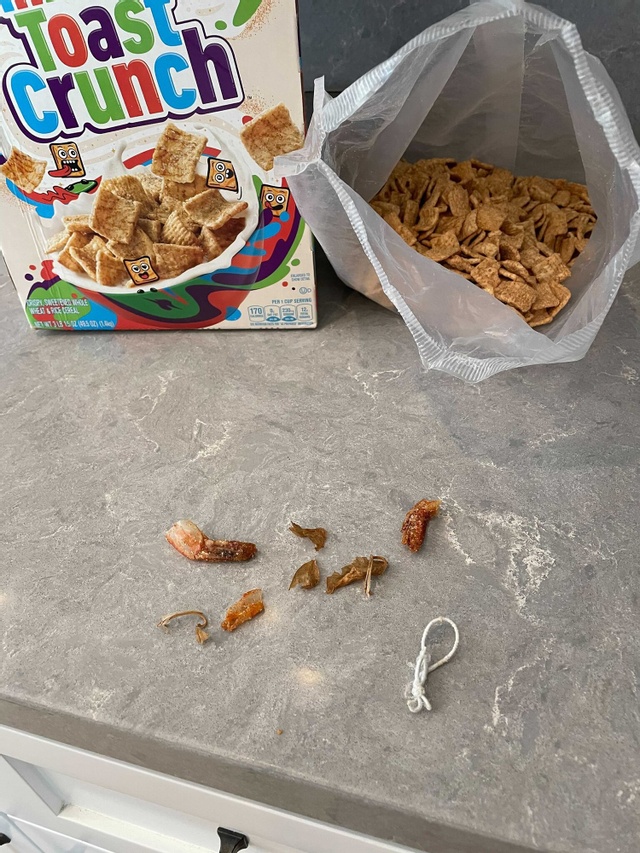 Jensen Karp, a 41-year-old comedian and writer in Los Angeles, was filling a morning bowl of Cinnamon Toast Crunch on Monday when, he said, “something plopped out of the box. I picked it up, and I was like, ‘This is clearly a shrimp tail.’” So began a stomach-turning saga that played out on Twitter and was chronicled by the N.Y. Times, which reported this startling fact: "This is not General Mills’ first shrimp rodeo."

A pod of 40 false killer whales, a dolphin species, were spotted along the Orange County coast over the weekend, a rare sighting for a tropical species usually found in warmer waters. “We’re just seeing gray whales every day. It’s been a lot of volume but not a lot of flavor,” a tour operator said. “To have these black beauties show up in the middle of the gray whale migration — they have a huge dome forehead, jet black, and they are really cool.” O.C. Register | A.P.