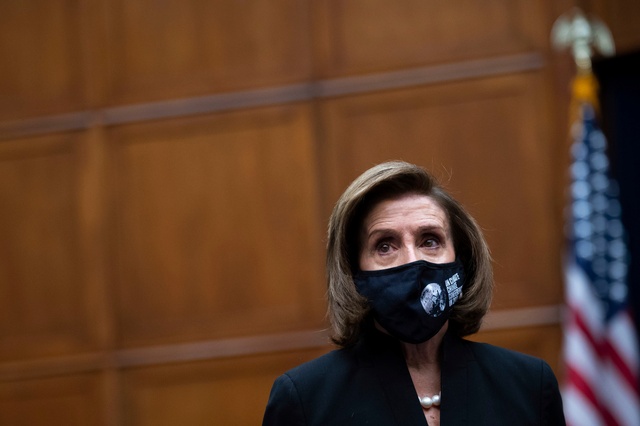 According to a CNN report that cited "sources familiar" with her thinking, Speaker Nancy Pelosi is planning to stay on as the House's top Democrat until at least after the midterm elections, and perhaps beyond. Pelosi, of San Francisco, will be 82 years old when the congressional election rolls around next November. Many House Democrats are eager for her to make way for younger leadership.

The L.A. Times editorial board pushed back against a growing movement to extend the life of California's last nuclear plant. Proponents, the board wrote, seem to ignore seismic risks at Diablo Canyon as well as the problem of what to do with spent nuclear fuel: "We can and should curb the dangers of fossil fuel combustion and nuclear fission at the same time, not use the threat of one to prop up the other." 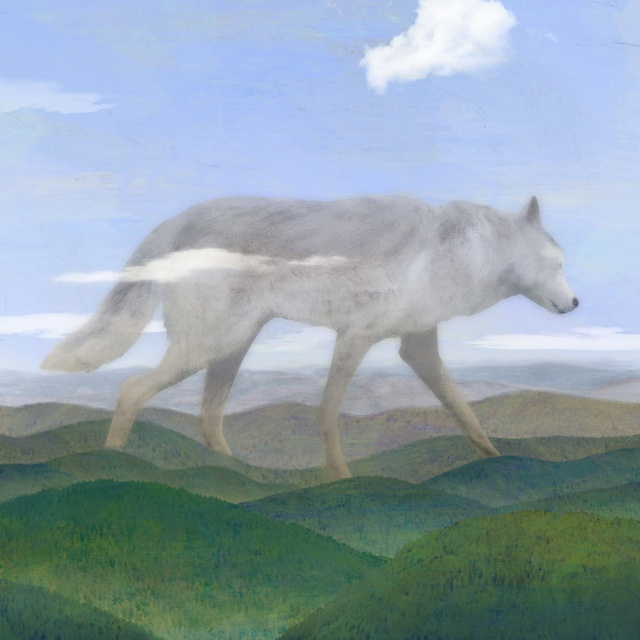 A lone gray wolf whose epic journey through California thrilled wildlife lovers was found dead near a roadway in Kern County last month. The New Yorker's Susan Orlean wrote an obituary for the young male known as OR-93, who walked 935 miles on a doomed quest for love. "Wolves can be coarsely built, big-boned and thick-necked," she wrote, "but OR-93 was lean and lithe. He had the long legs of a dancer, a large black nose, and a resting smiley face."

"What I’m proposing today will make a lot of people uncomfortable — and I don’t care."

San Francisco Mayor London Breed on Tuesday announced a plan to flood the Tenderloin's open-air drug market with police officers. She said the time had come to get more aggressive — "less tolerant of the bullshit" — if the city is ever going bring the spiraling crises of drug overdoses and homelessness under control: “It’s time that the reign of criminals who are destroying our city, it is time for it to come to an end.” S.F. Chronicle | KQED

S.F. Examiner editorial board: "This action is long overdue."

In a bombshell declaration, a Santa Clara County civil grand jury on Tuesday accused Sheriff Laurie Smith of corruption, saying she traded concealed gun licenses for political favors and failed to cooperate with an investigation into jail misconduct. Smith has denied wrongdoing and her lawyer said she would fight the allegations in court. San Jose Mayor Sam Liccardo reiterated a call for the sheriff to resign. Mercury News | San Jose Spotlight 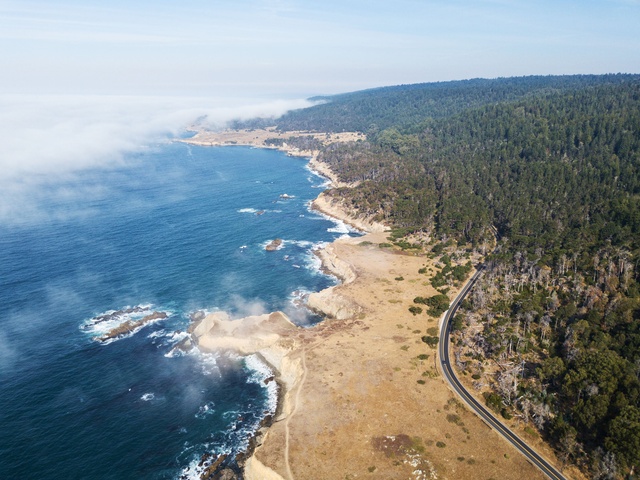 Only one state park in California allows mushroom hunting — but perhaps not for much longer. Parks officials have restricted the gathering of fungi on the grounds that foragers tramp on plants. But as the hobby has grown in popularity, more people have flocked to Sonoma County's Salt Point State Park. So officials are now in talks to shut that down too. Some foragers are pushing another solution: Emulate Alaska, where foraging is guaranteed on public land as a subsistence right. SFGATE

A remarkable drone video showed the aftermath of flooding at a homeless encampment along the San Lorenzo River in Santa Cruz on Monday. The environmental activist who shot it, Alekz Londos, said "the city or county did not do enough to warn the people in this area or help them evacuate prior to the storm." YouTube (~1 min)

Gif created from video by via @warriors.

☝️ With that shot on Tuesday, Stephen Curry officially became the greatest 3-point shooter in NBA history. The Warrior's 2,974th career 3-pointer, scored early in a win over the Knicks at Madison Square Garden, surpassed the record held by Ray Allen, who was in attendance. But while Allen set his mark in 1,300 games, it took Curry only 789. According to projections, Curry could run up his career total to more than 5,000 by the time he retires. S.F. Chronicle | ESPN

The Los Angeles school board agreed Tuesday to postpone enforcement of its coronavirus vaccine mandate until fall 2022 as officials confronted the reality that roughly 28,000 students would not meet the Jan. 10 deadline. School districts across the state are facing similar challenges. In an interview on “Good Morning America” last week, Gov. Gavin Newsom seemed to suggest flexibility on school vaccine requirements. “We need to fine-tune all this," he said. "This is iterative." L.A. Times | City News Service

A witness in the Navy’s case against a sailor accused of setting a U.S. warship on fire last year testified Tuesday that she overheard Seaman Ryan Mays mutter to himself: “I’m guilty, I guess," she said he mumbled. "I did it. It had to be done.” Another witness in the San Diego trial said he saw Mays in the area where the flames ignited. The July 2020 blaze injured dozens of people and destroyed the USS Bonhomme Richard, commissioned in 1998 at a cost of $750 million. A.P. | S.D. Union-Tribune 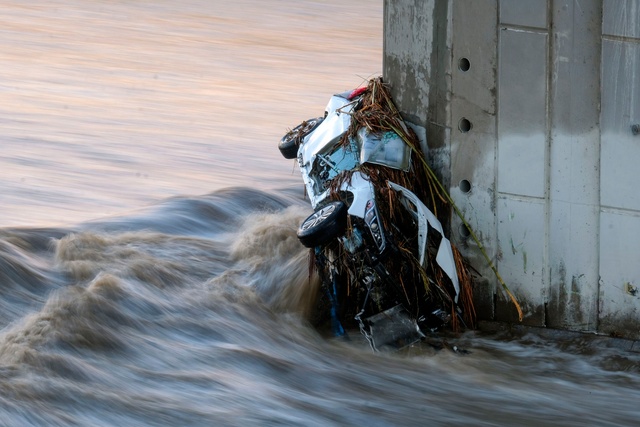 A vehicle was mangled in the Los Angeles River on Tuesday.

The normally gentle Los Angeles River roared to life on Tuesday as the most significant storm of the season pounded Southern California. Emergency officials said at least three vehicles were swept into the fast-moving current. One man had to be rescued after slipping and getting pulled downriver for half a mile. L.A. Times | KTLA

Videos and photos on social media showed fresh coats of snow in the Tehachapi Mountains, the Eastern Sierra, and on Mount Diablo. 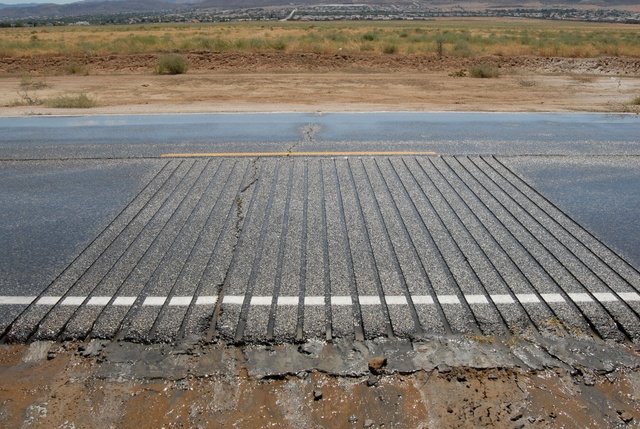 The Musical Road in Lancaster has strategically placed grooves.

Fun fact: There's a grooved road in the Southern California desert that plays the "William Tell Overture" when driven over at 55 mph. Known as The Musical Road, it was created in the city of Lancaster with strategically spaced rumble strips that make tires sing the notes popularized in the theme to "The Lone Ranger." It was originally done as a marketing stunt for Honda in 2008, but people liked the road so much the city decided to move it to another part of town and keep it for good. Have a listen. 👉 YouTube (~1 min)