California's challenge: Holding the line as Covid-19 surges across the nation. Here's how the spread looked nationwide as of Tuesday. 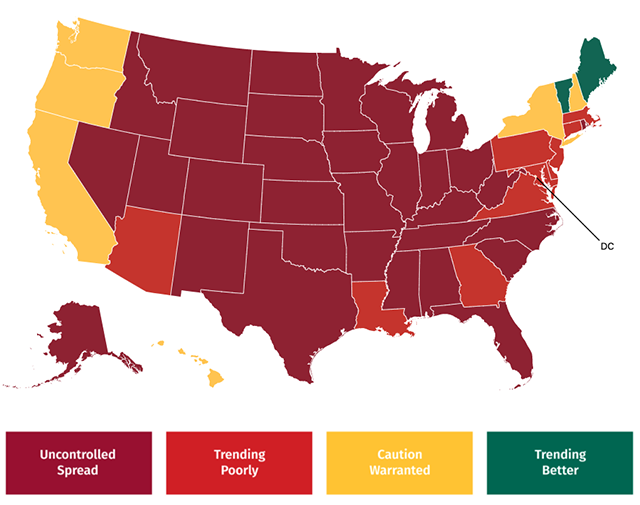 The top two Senate Democrats — Chuck Schumer and Dick Durbin — declined on Tuesday to say whether they had confidence in Sen. Dianne Feinstein. “I’ve had a long and serious talk with Senator Feinstein,” Schumer said. “That’s all I’m going to say about it right now.” Progressive groups demanded that Feinstein relinquish her role leading Democrats on a key committee after she praised Sen. Lindsey Graham's handling of the confirmation hearings for Supreme Court nominee Amy Coney Barrett. CNN | Politico 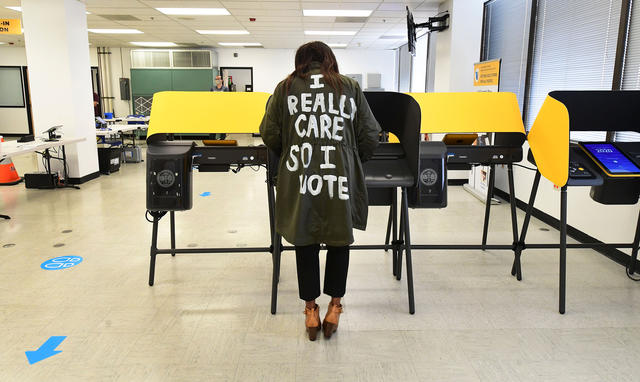 Tonya Swain cast her vote in Norwalk on Monday.

California's attorney general sought a court order on Tuesday to force the California G.O.P. to divulge the names of every voter who used its unofficial ballot boxes, information he said was needed to ensure votes are counted. The party has refused. "We will stand up to this type of authoritarian bullying tactics," a spokesman said. A.P. | CalMatters

The family foundation of Hyatt Hotels founder Jay Pritzker pledged $100 million to California’s community colleges, the largest donation ever to a community college system in the country. The money will provide scholarships and emergency aid to students facing financial hardship. The system's chancellor, Eloy Ortiz Oakley, said the gift was "life-changing." EdSource 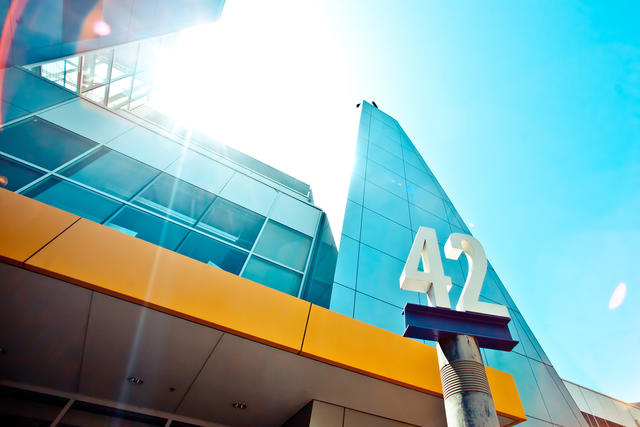 The Justice Department on Tuesday accused Google of abusing its dominance in online search and advertising to stifle competition and harm consumers. The lawsuit was described as the most aggressive U.S. legal challenge to a Silicon Valley giant in more than two decades, with the potential to remake the entire internet economy. Lawmakers from across the political spectrum praised the move. N.Y. Times | Washington Post

The San Francisco Board of Supervisors passed a law making it illegal for someone to call 911 with a false, racially charged complaint. The Caution Against Racially and Exploitative Non-Emergencies bill, or Caren, is a play on the internet meme of “Karens,” used to describe an entitled white woman who uses the police to target people of color. Critics have complained that the name is itself a stereotype and unnecessarily divisive. S.F. Chronicle | A.P.

After her home burned in the 2017 Tubbs fire, a Santa Rosa woman ran out of money to finish a rebuild. So a local contractor volunteered to do the job — free of charge. “Why are we in business?” he said. “It’s not to make money. I mean, yes, we have to make a profit to stay in business. But our mission is to improve people's lives, and if what we’re doing is in keeping with that core value, the money will just happen.” Press Democrat 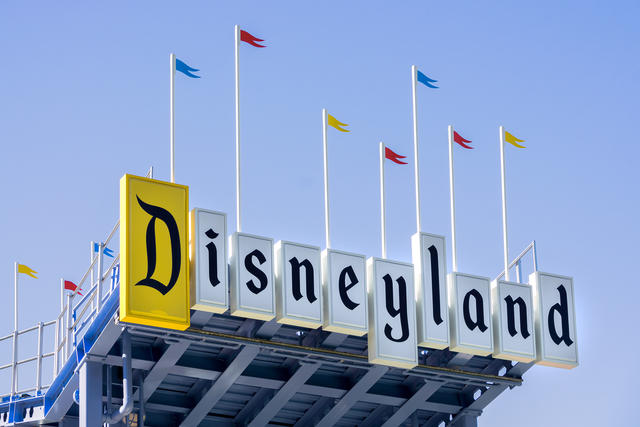 Anaheim's Disneyland has been closed since March.

California issued protocols for reopening theme parks on Tuesday that, by one estimate, would keep Disneyland closed until next summer. Large parks won't be allowed to welcome guests until their home counties reach the lowest tier of the state's reopening plan. Calling the guidelines "arbitrary" and "unworkable," a Disneyland spokesman said they would prolong the unemployment of thousands of workers. Voice of OC | O.C. Register

Homicides in Los Angeles have generally followed a downward trend since 2002. This year is different. Police Chief Michel Moore predicted on Tuesday that the city would see more than 300 homicides this year, the most in more than a decade. He attributed the rising violence to the pandemic. “There are a lack of jobs," he said. "There is a lack of hope, in some instances, and a lot of time on people’s hands.” L.A. Times | L.A. Daily News 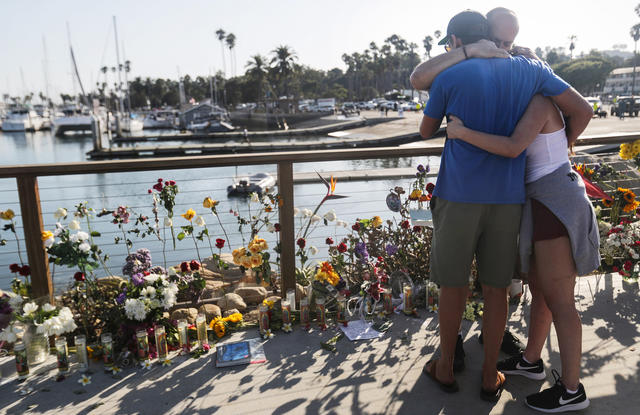 People embraced at a memorial for the dive boat victims in Santa Barbara on Sept. 3, 2019.

Announcing the findings of an investigation, the National Transportation Safety Board faulted the owners of a dive boat for a fire that left 34 people dead off the Channel Islands last year. The fire, which ignited where passengers charged their phones, could have been detected by a required night watchman, investigators said. In a chilling revelation, they said some of the recovered bodies were wearing shoes, suggesting they were awake and trying to escape before being overcome with smoke. L.A. Times | Washington Post

Right now, there are more sharks in the water off the coast of Southern California than in 10 years of record-keeping. That's according to researchers from the Shark Lab at Cal State Long Beach who tagged three times as many sharks this year as last. They aren't exactly sure why. The director of the lab, Chris Lowe, said the sharks have remained despite the dropping temperatures of fall. "Maybe 2020 is going to be a year-round shark season," he said. A.P. 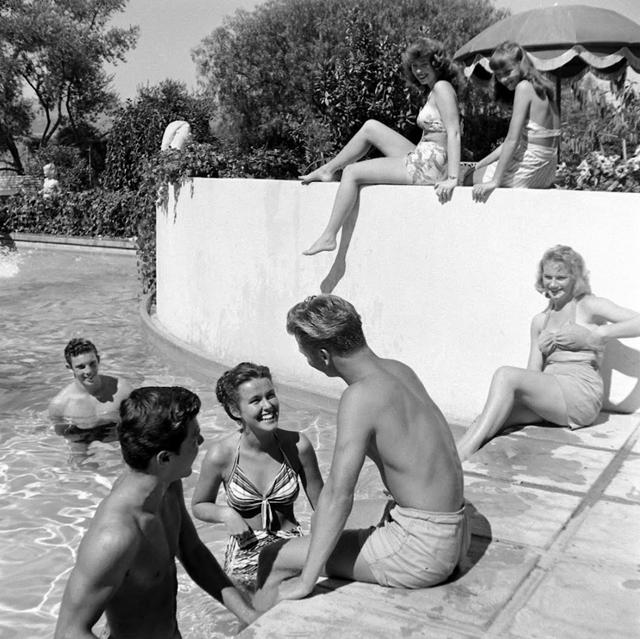 A pool party on the outskirts of Los Angeles in 1945. "Californians are amphibious," LIFE said.

Appraisals of California in the national press these days are seldom subdued. But if observers today fetishize the failings of the world's fifth-largest economy, they once did the opposite — portraying California as a sort of Shangri-La made real.

In the post-war 1940s, California was an emblem of American optimism. Subdivisions filled the landscape as transplants and returning veterans sought a fresh start under the California sun.

In 1945, LIFE magazine dispatched the photographer Nina Leen to capture what it would describe as "the California way of life." The resulting photo essay depicted a land of warmth, beauty, and abundance, where people lived outdoors as much as indoors and dressed for comfort rather than "social elegance."

“Californians," the magazine said, "have evolved a unique way of life which is physically the most comfortable and attractive way of life enjoyed in any region of the U.S."

Seventy-five years later, though the state's challenges have multiplied, many California residents would argue that LIFE's assessment still stands.

Below, see a selection of Leen's pictures, and many more here. 👉 Google Arts & Culture 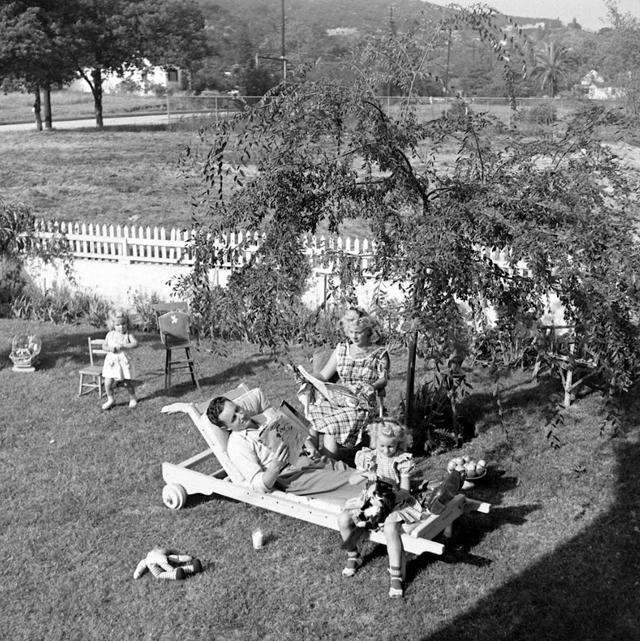 A family relaxed at their $7,800 home in Glendale. 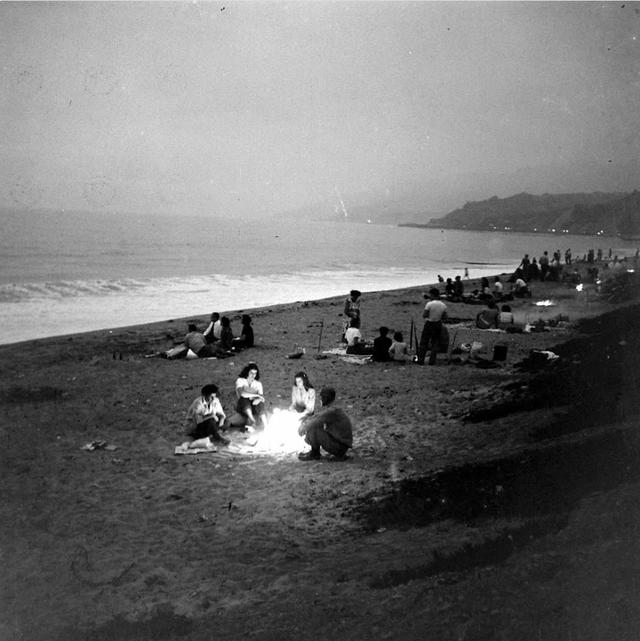 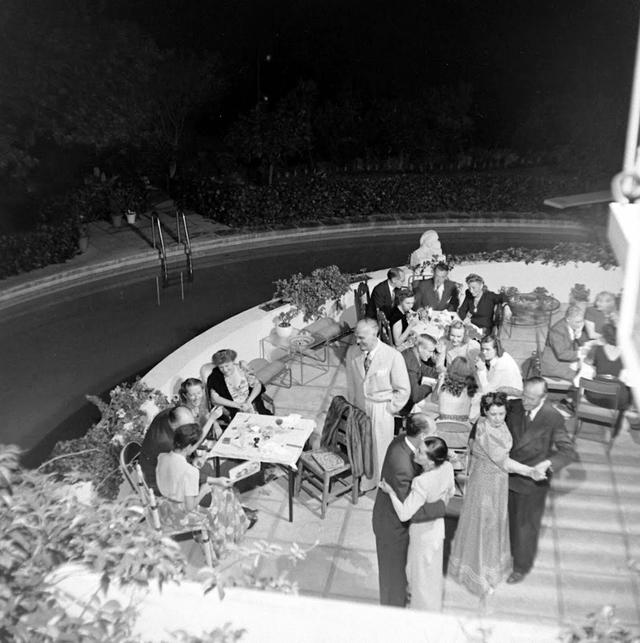 A couple entertained guests by the pool in Santa Monica. 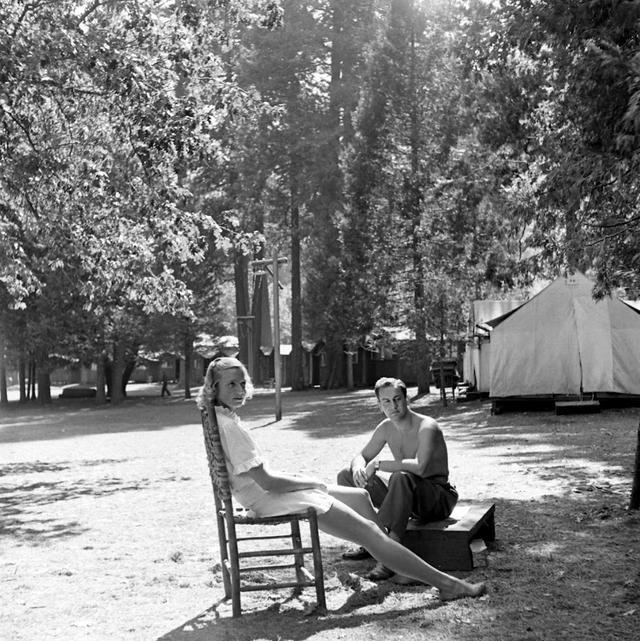 California, where the sun always shines and life is lived outdoors. 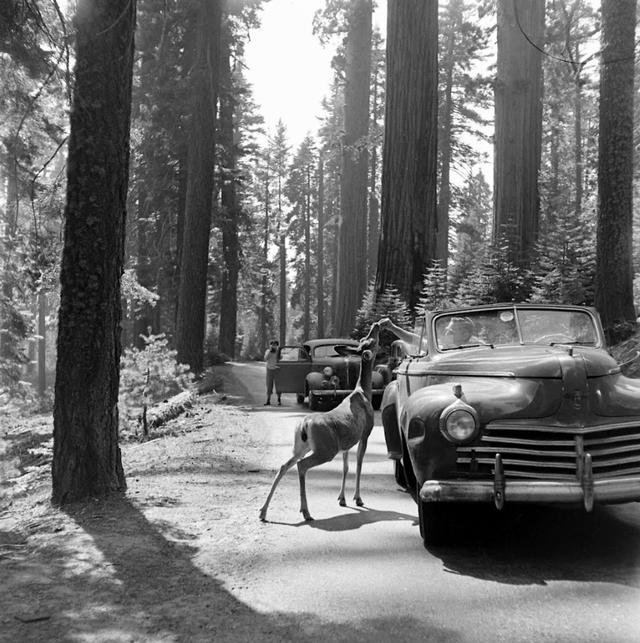 A tourist fed a deer in Yosemite.