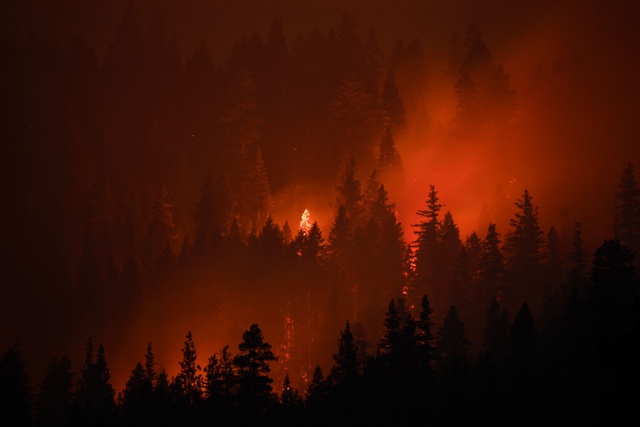 The Dixie fire burned trees near Susanville on Wednesday.

At 1,035 square miles, the Dixie fire is the largest single-source wildfire in California history. On Wednesday, California’s top fire official noted another distinction: It's the first to ever burn across the crest of the Sierra Nevada, starting in the west and crawling up and over to the eastern valley floor. S.F. Chronicle

Over the years, the Southern California artist and fire photographer Jeff Frost has been vexed by subject matter that is at once gut-wrenching and exquisitely beautiful. His strategy, as he once told a photography magazine: "Draw people in with the beauty — and then thump them over the head." Literary Hub curated eight of Frost's most mesmerizing time-lapses (audio on recommended).

Boosters are coming to California. On Wednesday, the Biden administration strongly recommended that Americans vaccinated against the coronavirus get a third dose. Medical providers across California, including CVS and Rite Aid pharmacies, have already moved to make the boosters available to immunocompromised people immediately. The general population will be next in line, with doses administered through pharmacies, clinics, and hospitals starting Sept. 20. KPBS | O.C. Register | Long Beach Post | Desert Sun | SFGate.com 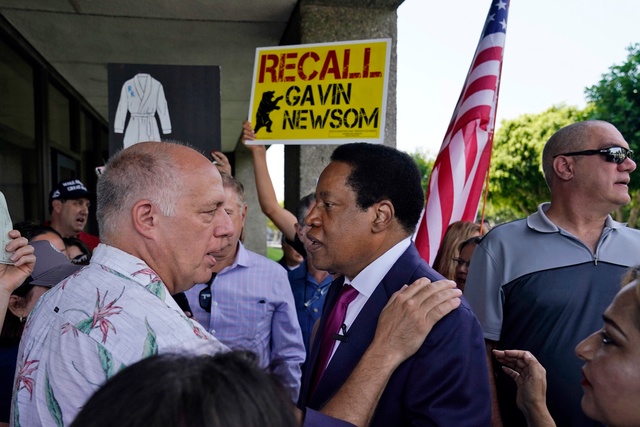 Larry Elder met with supporters during a campaign stop in Norwalk on July 13.

Larry Elder, leading in the polls and besieged by rivals on the left and right, now has a third adversary: the California press. The Republican candidate for governor has banned the Sacramento Bee from covering his events after a dispute over how his comments were presented in a voter guide. And last Friday, he refused to take a question from an L.A. Times columnist. The writer, his spokeswoman explained, was engaging in “bigotry masquerading as journalism.” L.A. Times

See the exchange with the columnist, starting around minute 46. 👉 ElectElder.com 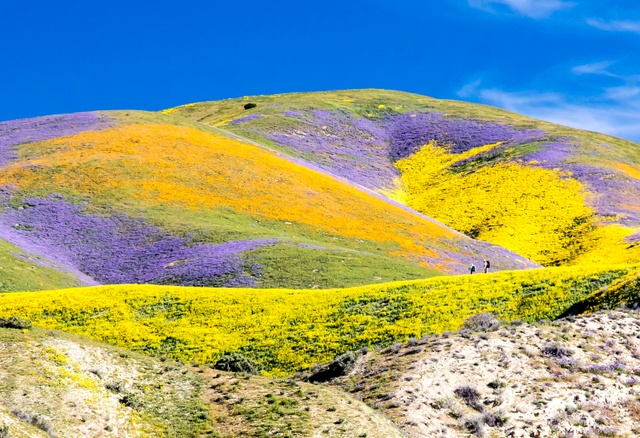 Last month, the Bureau of Land Management announced the retirement of Bob Wick after 30 years as one of the agency's most prolific photographers. Wick's pictures of public lands across the American West have been seen and shared by millions. A photo editor curated 27 of Wick's most memorable shots, including the riot of springtime colors at California's Carrizo Plain National Monument above. The Atlantic

Investigators said they remained baffled over how a Mariposa family of three and their dog wound up dead on a remote hiking trail in the Sierra National Forest. Friends recalled John Gerrish, a software designer, and his wife, Ellen Chung, fondly, saying they had moved to the area to raise their young daughter close to nature. A Mariposa County law enforcement official said nothing seemed to add up. “There were no signs of trauma," she said, "no obvious cause of death. There was no suicide note. They were out in the middle of a national forest on a day hike.” S.F. Chronicle | Fresno Bee 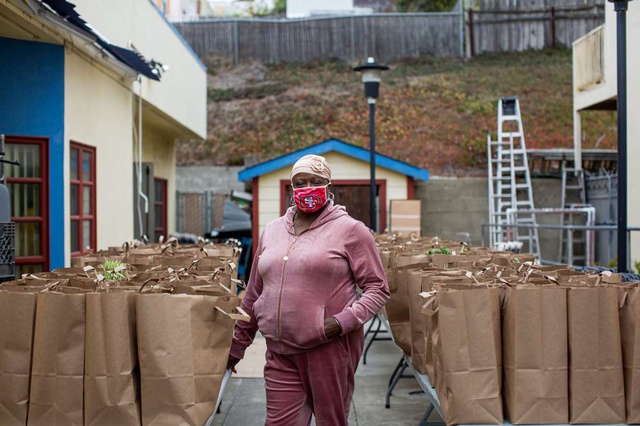 Felisia Thibodeaux is executive director of the Southwest Community Corporation.

Felisia Thibodeaux is one of the quiet heroes of California's pandemic response. Based in San Francisco’s Ingleside Heights, she bought a bus with donated funds and drove elderly people to vaccine clinics, one or two at time. She and her team at a local nonprofit placed hundreds of calls, convincing holdouts. To date, she has gotten 1,270 people inoculated by direct referral. “It’s just changing the minds of one person at a time and meeting them where they are,” Thibodeaux said. SFGate.com

In 2009, Monterey Bay researchers piloting a robotic camera 2,000 feet underwater encountered a bizarre creature with glowing green orbs nested in what looked like the cockpit of a fighter jet. The Pacific barreleye fish, shown above, has a version of nostrils where eyes would normally be. The orbs are ultrasensitive eyes, able to swivel in search of faint silhouettes of prey in the blackness. Scientists called it perhaps the strangest of the strange creatures found in the deep sea. MBARI | All That's Interesting 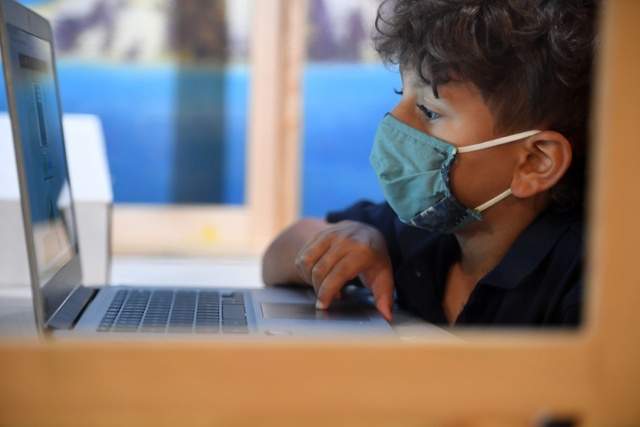 A student followed along with a teacher's online lesson in Culver City on Sept. 10.

Culver City Unified, in west Los Angeles County, issued a mandate that all eligible students get vaccinated against the coronavirus, making it perhaps the first school district to adopt such a policy in California. For now, children 12 and older are eligible for the vaccine. Tony Thurmond, the state's top education official, applauded the move and said he wouldn't mind if others followed suit. EdSource | L.A. Times

Two San Bernardino police officers were shot Wednesday while trying to arrest a man accused of a shooting a sheriff’s deputy the day before, officials said. The suspect, identified as a gang member member named Ervin Olikong, 34, was killed. Two of the wounded officers remained hospitalized, the authorities said. A third had superficial injuries. San Bernardino Sun | L.A. Times

Gif created from video by GreatWhiteDronE.

Between July and September, the shallow waters off La Jolla host one of the world's largest gatherings of leopard sharks. Mostly female and mostly pregnant, they are attracted to the protected shores' warm water and food supply of crabs, clams, and fish eggs. Snorkelers and paddle boarders, if they can suppress their fears, are free to mingle among the sharks, which are a few feet long, beautifully patterned, and harmless to humans. KPBS | NBC 7 San Diego