The city of San Francisco took the remarkable step of suing its own school district on Wednesday in an effort to force the reopening of classrooms. The district had a plan to open in January that fell apart in the face of union resistance, and no new proposition has been announced. “This is not the path we would have chosen," Mayor London Breed said of the legal action. "But nothing matters more right now than getting our kids back in school." District leaders called the lawsuit an embarrassment, saying it would slow the process further. S.F. Chronicle | EdSource

Other voices on the school reopening debate from this week: 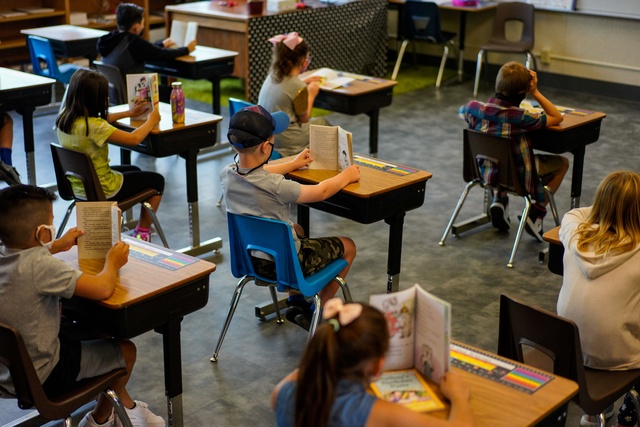 Third graders read at the start of class at Weaverville Elementary School on Aug. 17.

President Biden wants to reopen the nation’s schools in the first 100 days of his term, but one of his toughest tests is coming from an unlikely place: California. Teachers unions, more powerful in the Golden State than anywhere, say the risks are too high. Gov. Gavin Newsom's frustration boiled over during a meeting last week. School leaders should tell parents the truth, he said. "There will be no in-person instruction in the state of California.” Politico

Dr. Richard Pan, a state senator, became deeply familiar with California's anti-vaccine activists after he authored a bill restricting vaccine exemptions for schoolchildren. As he's watched the group become bolder, he's become convinced it's time to start treating it as a public safety issue rather than a public health one. "They’re taking it to the next level where they’re directly threatening people’s lives," he said. "When you go unmasked and you shout at elderly people, you’re potentially spreading a disease." The Guardian 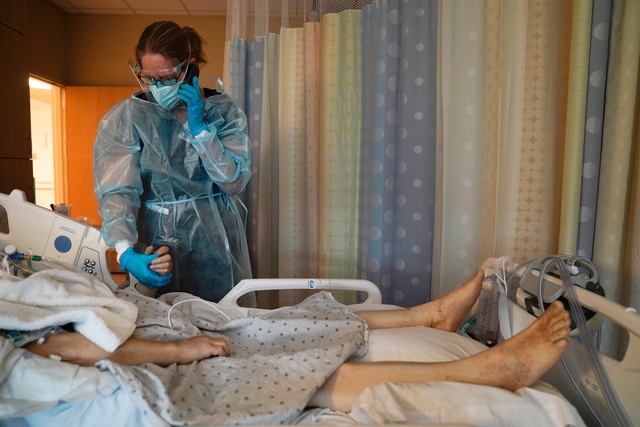 Chaplain Kristin Michealsen held the hand of a deceased Covid-19 patient while talking on the phone with the patient's family at Providence Holy Cross Medical Center in Los Angeles on Jan. 9.

The L.A. Times collected some heart-wrenching accounts of the psychological toll on health care workers living face-to-face with the horror of the pandemic. “There are moments when I have wished I was dead so I don’t have to take care of people," one nurse said. "I know that sounds really bad. A lot of my co-workers are depressed too.”

A man who was turned away from a Roscoe’s House of Chicken and Waffles in Pasadena for not wearing a mask returned with a gun and walked up to the cook. "Put the chicken in the bag," he said. The suspect took no cash, but he grabbed some syrup on the way out. He remained at large Wednesday night. KABC

Rep. Kevin McCarthy on Wednesday rejected calls to punish Marjorie Taylor Greene, the Georgia congresswoman who has suggested that the Parkland school shooting was staged and that a California wildfire was ignited by a space laser linked to Jewish financiers. McCarthy denounced Greene's comments, but said she apologized. "I hold her to her word, as well as her actions going forward,” he said. Democrats responded by scheduling a vote Thursday to expel Greene from her committee assignments, a move that McCarthy denounced as a "partisan power grab." Washington Post | N.Y. Times 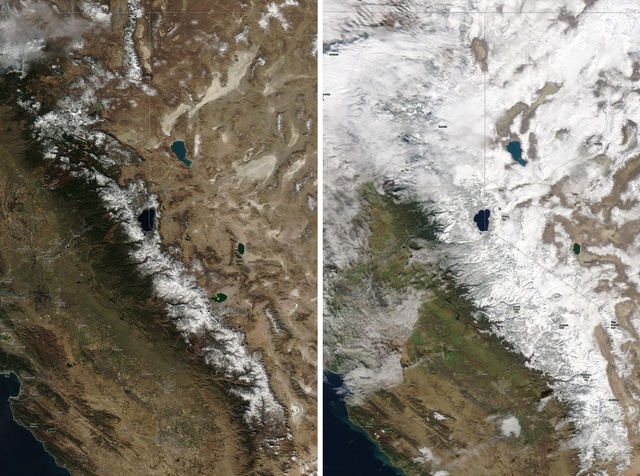 While California got a welcome heaping of snow last week, the snowpack is still just roughly 70% of normal. That's an improvement, but not enough to meet everyone's water needs in the coming year. California depends on the Sierra snowpack for a full third of its water supply, as melting snow replenishes waterways and reservoirs through the warm months. As of Jan. 28, roughly 95% of California was in some level of drought, according to the U.S. Drought Monitor. Mercury News | S.F. Chronicle 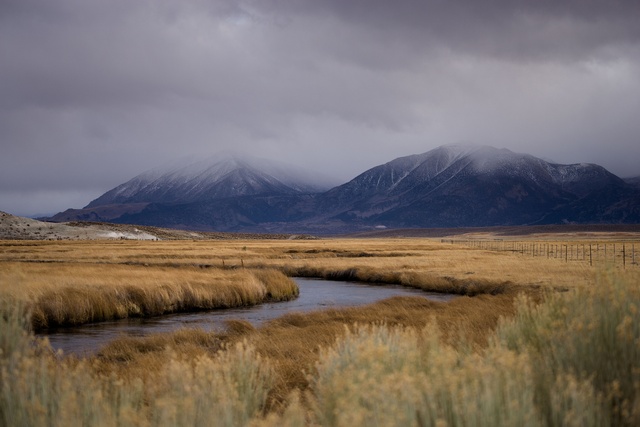 The Owens River meanders through the Eastern Sierra.

A skirmish in California's water wars is unfolding in the Long Valley plains east of Yosemite. For decades, the Los Angeles Department of Water and Power, which aggressively bought up the land more than a century ago, has provided surplus water to help sustain local ranching operations. Now, citing climate change, it's cutting off the supply. The move has made rare allies of ranchers and environmentalists, who say dewatered pastures will eliminate crucial wildlife habitat. L.A. Times

Tighter enforcement on land has led record numbers of migrants to attempt dangerous crossings of the U.S.-Mexico border by water. The Baja-to-San Diego panga boat runs face cat-mouse encounters with agents in Black Hawk helicopters and boats that can end in death, jail, or freedom. “We’re catching more than we ever caught, but it’s not slowing down,” said one agent who has worked the waters since 2002. This feature by Pulitzer-winner C.J. Chivers is incredibly well done. 👉 N.Y. Times Magazine

Tuesday night, TV news watchers in America's car chase capital were treated to one of Los Angeles's more memorable pursuits. The authorities said a man believed to have a gun fled a traffic stop, then repeatedly slowed to a near stop before speeding off again. Spectators lined the overpasses as the bizarre chase stretched on for a full six hours, so long that some officers had to pull over and get gas. NBC Los Angeles | KABC 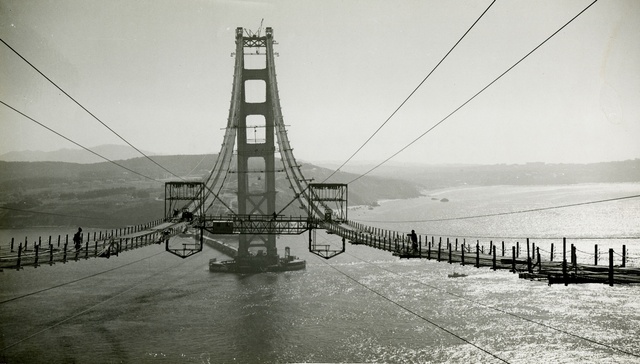 The Golden Gate Bridge under construction in 1935.

In 1935, George Dondero was a young San Franciscan with a passion for rock climbing and adventure. So one day he snuck past a guard at the half-built Golden Gate Bridge and climbed to the top of a tower. There was a little office there with a phone. He called his mom. "I’m on top!’” he told her. Now 107, Dondero shared his story and photos with the Chronicle's Peter Hartlaub, who called the caper perhaps the greatest act of trespassing in San Francisco history. S.F. Chronicle

At the edge of Death Valley, the stillness of the desert is shattered by birds of awesome speed and ferocity. Known as Star Wars Canyon, the area has been a training arena for combat planes since World War II. On any given day, F-22 Raptors, F-18 Hornets, T-38 Talons, and other jets slice between the multicolored walls, flying at or below eye-level for aviation fans gathered at the Father Crowley vista point. Sometimes, the pilots flash thumbs-ups. The training schedules are secret. But hang around for a few hours, regulars say, and chances of a sighting are good. California Through My Lens | National Park Service