Los Angeles and San Diego Unified — the state's two largest school districts — recently directed teachers to base their grading on whether students have learned what's expected of them, deemphasizing deadlines and how much work is done. It's part of a movement across California and beyond aimed at closing academic gaps among racial, ethnic, and economic groups. Proponents call it "equitable grading." L.A. Times 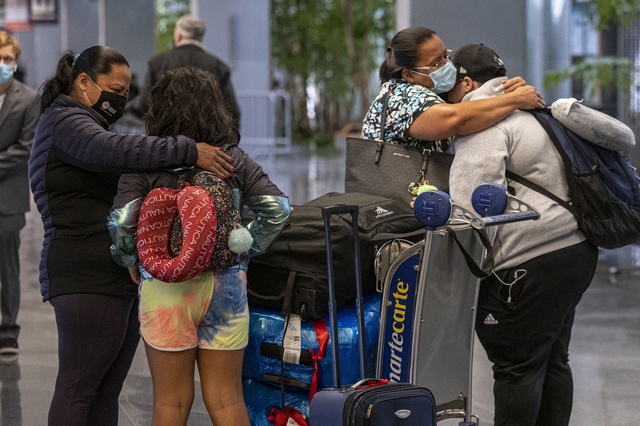 Travelers arrived in the international terminal at San Francisco International Airport on Monday.

Airports in California hosted joyous reunions on Monday as the U.S. fully reopened to many vaccinated international travelers. The first flight restrictions were imposed on travel from China in February 2020 and expanded to more than 30 nations. As families and friends celebrated, so did businesses that rely on tourists. “November 8th marks the true beginning of our tourism recovery,” declared Joe D’Alessandro, president of the San Francisco Travel Association. Mercury News | A.P.

On Oct. 29, Gov. Gavin Newsom abruptly canceled a trip to a climate summit in Scotland, citing unspecified family obligations. He has since receded from public view, setting off rumors that something was amiss. Even Ron Paul weighed in, suggesting that Newsom could be hiding a reaction to his vaccine booster shot. On Sunday, Newsom's wife lashed out on Twitter, telling people to "get a life." Then on Monday, Vogue revealed how Newsom had spent at least part of his time: attending the San Francisco wedding of the great-granddaughter of oil tycoon J. Paul Getty — with Speaker Nancy Pelosi officiating. SF Examiner | Sacramento Bee

Pictures from the event offer a glimpse into the rarefied world of California's power elite. 👉 Vogue 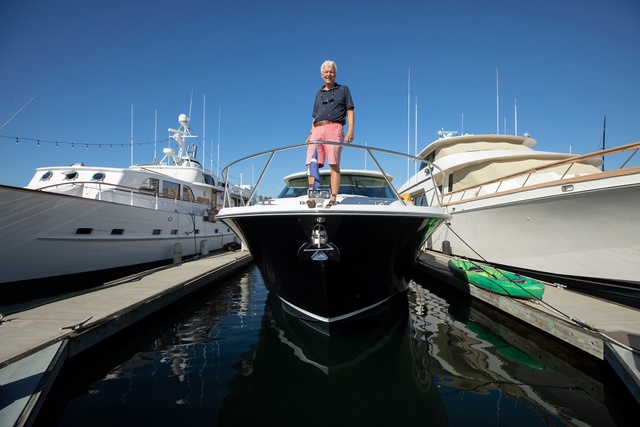 Bill Wolf, 74, hasn't been able to find a place to dock his yacht in Marina del Rey.

The ultra wealthy have been having trouble finding yachts. Even as the economy struggles to shake off the effects of the pandemic, surges in stock investments among the already rich have led to a run on boats, straining supplies. “I thought, ‘Hey, if you can afford $1.5 million, or $2 million, it should be like this,’” said Eric Dela Cruz, a restaurateur, snapping his fingers: “‘Bring me a boat tomorrow.’ But no.” L.A. Times

"I don't want to be afraid to live here."

A local TV news report on luxury tower residents in San Francisco who are fed up with a homeless encampment on their street elicited passionate responses online. Viewers debated over the true villains of the story: people who commit crimes, city leaders who allow the street crisis to fester, or news organizations that frame reports about homelessness around the plight of the wealthy. KPIX 5

Law enforcement leaders across California have warned that vaccine mandates risk causing an exodus of personnel, thus endangering public safety. San Jose, where the police union warned that 100 officers were prepared to quit, just tested that hypothesis. Faced with an ultimatum to get their shots or forfeit pay, just six workers across the city's entire workforce opted to remain unvaccinated. Mercury News

A San Francisco police officer died battling Covid-19 on Saturday after being placed on leave for failing to get vaccinated. Officer Jack Nyce was 46. KTVU | S.F. Chronicle 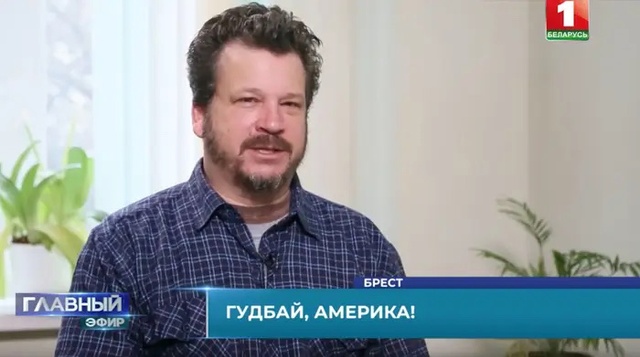 A Bay Area man wanted on charges of assaulting a police officer and entering the U.S. Capitol on Jan. 6 has fled to Belarus. Evan Neumann, 48, a handbag manufacturer from Mill Valley, told the state-controlled Belarus 1 news channel on Sunday that he was on the run from “political persecution.” Belarus has no extradition treaty with the U.S., and relations have deteriorated under the autocratic rule of President Alexander Lukashenko. Washington Post | BuzzFeed News

Last year, California regulators sued Cisco Systems, accusing the San Jose company of failing to address discrimination against an Indian engineer who is a Dalit, pejoratively known as the “untouchable” caste. The case, along with surveys of workers, is exposing a troubling current in the American tech industry: casteism imported from India. The Atlantic

“We have to start over again.”

The explosion of a huge cache of fireworks by the Los Angeles police on June 30 is still reverberating for families whose homes were badly damaged. Juana Oceguera looked at dozens of apartments, but the rents were too high. So she moved with her five children to the western Mojave Desert, 75 miles away from their South L.A. neighborhood. L.A. Times 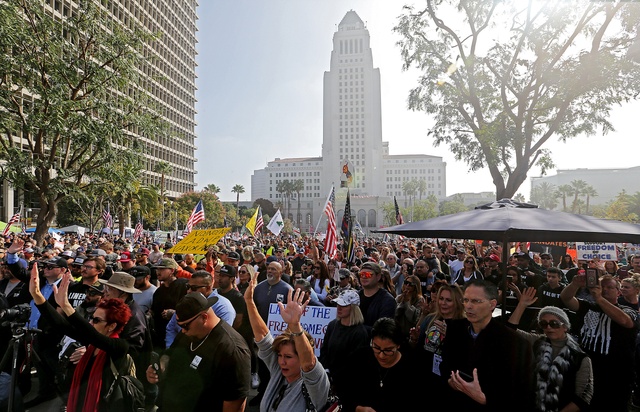 Hundreds of people protested against vaccine mandates outside Los Angeles City Hall on Monday in a rally organized by a group calling itself Firefighters4Freedom. City workers, including police and firefighters, have until Dec. 18 to get their shots. Speakers warned of a communist takeover of the country, extolled homeschooling to avoid child vaccinations, and touted the anti-parasitic drug ivermectin. City News Service | L.A. Times

Two couples gave birth to each other's babies after a mix-up at a Los Angeles fertility clinic, according to a lawsuit filed Monday. Daphna Cardinale said she and her husband, Alexander, were puzzled when she gave birth in 2019 to a girl whose complexion did not match theirs. A DNA test seven weeks later confirmed that the child was related to neither of them. “The heartbreak and confusion cannot be understated,” she said. A.P. | O.C. Register 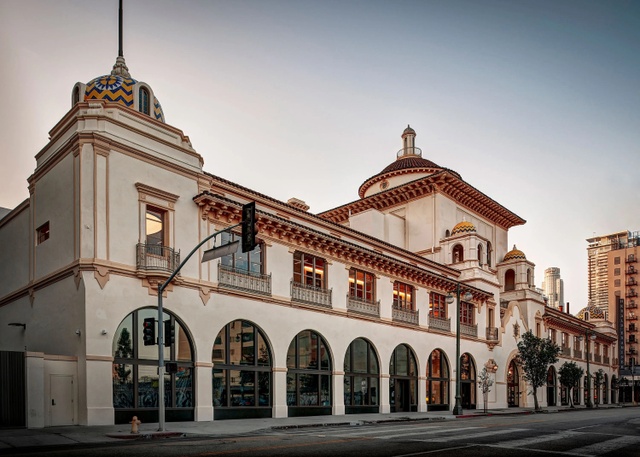 The Herald Examiner Building, an early work by the renowned architect Julia Morgan, is one Los Angeles' most important buildings. But after the newspaper folded in 1989, the 1914 Mission Revival structure fell into disrepair. Now it has finally been restored. Visiting on a recent morning, Curbed called the decadent interior "nothing short of breathtaking."