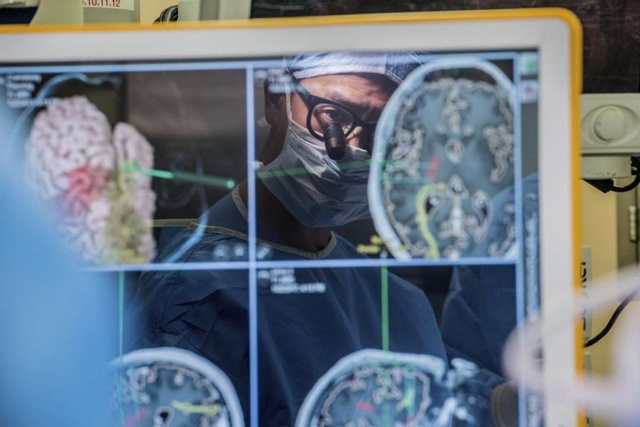 Dr. Edward Chang, a UCSF neurosurgeon, led the team that harnessed the brain waves of a man who was paralyzed and unable to speak.

A California man, paralyzed and unable to speak since 2003, can now produce words simply by trying to say them after UCSF scientists tapped into the speech areas of his brain. The “neuroprosthetic” technology involved installing an electrode panel onto the man's brain, then collecting signals as he tried to form words. His first recognizable sentence: “My family is outside.” The remarkable advance, described Wednesday in the New England Journal of Medicine, marks a step toward technology that could help people who lack the ability to talk but whose brains contain neural pathways for speech. S.F. Chronicle | N.Y. Times 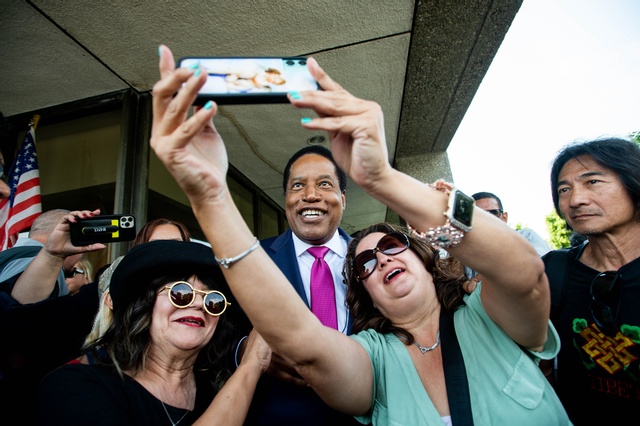 Larry Elder, with supporters in Norwalk on Tuesday, is among the latest to join the race for governor.

Proponents of recalling Gov. Gavin Newsom have latched onto an unorthodox strategy: encouraging any and all Republican contenders to join the race. The hope is that each new entrant will attract more recall-supporting voters to the polls. At last count, 76 hopefuls had entered the race. “You have these candidates from some of the largest cities in California pulling in constituents, you knit it all together and it makes a ‘yes’ vote very possible,” said Tom Del Beccaro, a recall organizer. Politico

In Sacramento County, the coronavirus positivity rate surged to 4.5% from 1.7% in three weeks.

Even San Francisco, with 82% of the eligible population vaccinated, has logged an uptick in infections.

As the Delta variant takes hold among California's unvaccinated population, some health experts are now calling for more aggressive inoculation campaigns. Among the proposals: sending outreach workers door-to-door and requiring vaccination at workplaces. Dr. Kirsten Bibbins-Domingo: “When being vaccinated becomes the more convenient of the two options, that will drive people to be vaccinated. You have to make it slightly less convenient to be unvaccinated at this point." L.A. Times

Gif created from video by The Henry Ford.

☝️ Here's how they sort tomatoes in the Central Valley, where most of America's processed tomatoes are grown.

The technology behind this machine has been around for decades, refined over time to be blindingly fast and accurate. It uses optical color sensors and a yes/no algorithm to detect unripe tomatoes, flicking them aside with little paddles. Giant harvesters equipped with the machines can collect 70 tons of tomatoes an hour, a job that once required a small army of pickers. Here's one in action at a Woodland farm. 👉 YouTube

The Sacramento River is getting so hot that "nearly all" chinook salmon juveniles could die this fall, wildlife officials warned. When water levels drop during droughts, the river's temperature can soar, a threat to the endangered species exacerbated this year by unrelenting heat waves. “We have a patient that is hemorrhaging, and we’re going to lose them quickly,” said Jonathan Ambrose, a biologist. Sacramento Bee | CNN 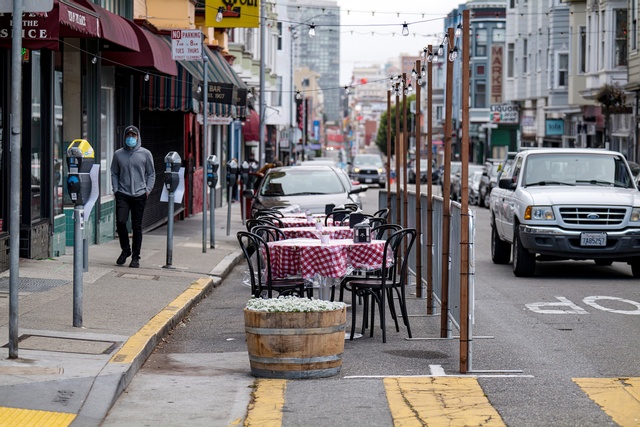 A makeshift outdoor dining area in San Francisco on Aug. 5, 2020.

One happy outcome of the pandemic: San Francisco supervisors voted this week to make outdoor parklets for restaurants and businesses permanent. The spaces were initially allowed as a lifeline to small businesses during restrictions on indoor dining. But few people wanted to see them go away. “I’m exuberant right now,” said Ben Bleiman, founder of the SF Bar Owner Alliance. “This is the biggest positive change for small businesses in my 20 years in San Francisco.” S.F. Chronicle | HereSay Media

A naturopathic physician in Napa was arrested over accusations that she sold fake Covid-19 immunization treatments and fraudulent vaccination cards. Federal prosecutors said Dr. Juli A. Mazi, 41, sold immunization pellets that she claimed would confer “lifelong immunity." Mazi is the first person to be federally charged for phony vaccination cards and what are known as homeoprophylaxis immunizations. Mercury News | A.P. 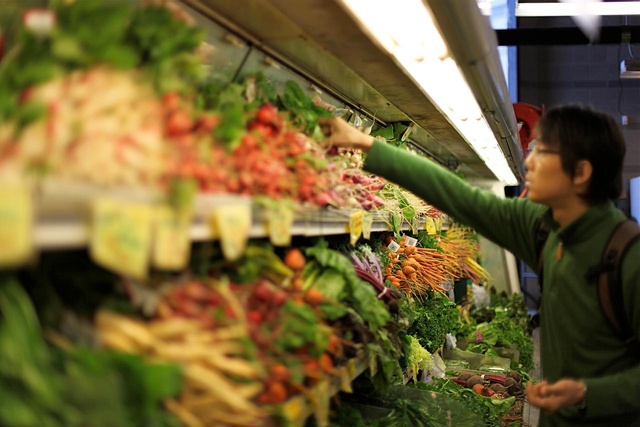 Vera Yu and David LiFollow/CC BY 2.0

The produce section at Berkeley Bowl is famous. The L.A. Times once called the Bay Area grocery store “one of the nation’s most renowned retailers of exotic fruits and vegetables.” Michael Pollan, the food writer, called it “heaven for omnivores.” Yet despite the produce section's sprawling size, at least twice that of a typical chain store, Berkeley Bowl cashiers seem to never skip a beat, tapping out four-digit codes of some 3,000 different items from memory. “It's a little bit like learning another language,” a project manager explained. SFGate.com

Far from the lush forest groves of the “Emerald Triangle” of Northern California, the hot Mojave Desert has attracted hundreds of black-market pot farms in the last several years, many run by criminal organizations. The unprecedented siege has upended life in remote desert communities, with forced labor, violence, water theft, and the destruction of fragile desert habitat. L.A. Times 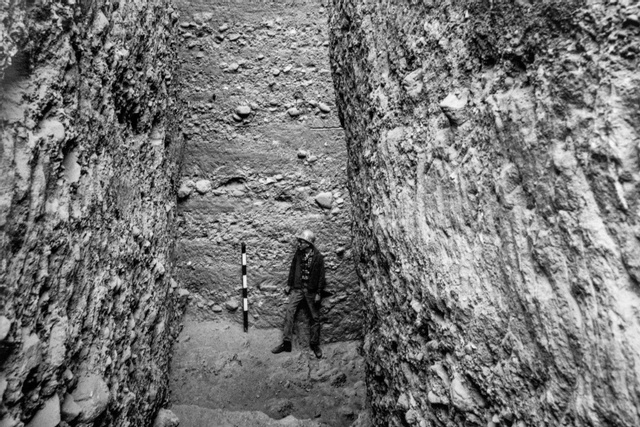 The Calico pits were dug by people who came in the 1960s to search for evidence of ancient humans.

In the desert two hours northeast of Los Angeles is a place called Calico Early Man Site. To some, including the late archaeologist Louis Leakey, it's a globally important site, with man-made tools created as long as 200,000 years ago. To others, who believe the site has been wildly misinterpreted, it's nothing more than loose gravel and rocks. Here's a great longread on one man's lonely quest to solve the riddle. 👉 L.A. Times

In San Luis Obispo Superior Court on Wednesday, prosecutors said a search of the home of Paul Flores, who is accused of killing Kristen Smart in 1996, turned up date rape drugs and video of him allegedly raping an intoxicated woman. On his computer, they said, was a folder of rape videos labeled “practice.” “Paul Flores is a defendant who likes to rape and drug intoxicated women,” a prosecutor said. “That’s who he is.” The Tribune | KSBY 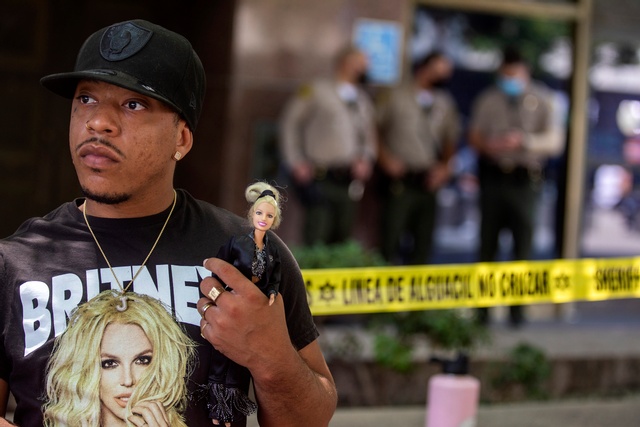 A judge on Wednesday granted Britney Spears the right to hire an attorney of her choice, opening a new phase in the battle to end the conservatorship that controls her life. During an emotional hearing, Spears reiterated that she wanted her father, Jamie Spears, removed as conservator and charged with abusing his role. Her new lawyer, Mathew S. Rosengart, a former federal prosecutor and attorney to the stars, asked her father to resign on the spot. He declined through his lawyer. Washington Post | Hollywood Reporter