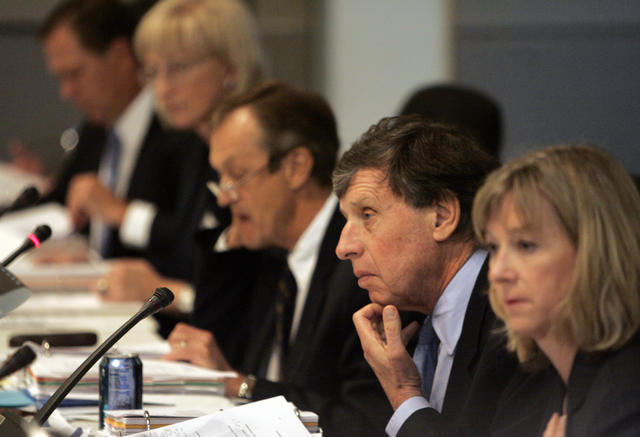 UC Regent Richard Blum, second from right, at UCLA in 2007.

Sen. Dianne Feinstein’s husband used his clout to help an unqualified student gain admission to UC Berkeley, the state auditor's office revealed. Richard Blum, a UC regent and wealthy San Francisco financier, acknowledged his role when questioned by the S.F. Chronicle. “I did it a bunch of times,” he said, adding that he wrote letters directly to university chancellors. Such influence is prohibited. S.F. Chronicle | A.P.

Kamala Harris has a digital army of fans known as the KHive, with an estimated 50,000 members. They see themselves as defending Harris against racist abuse. But some members of the group have crossed the line from fandom to abusive and threatening harassment campaigns, such as calling Black people “house slaves” for backing other Democrats. HuffPost 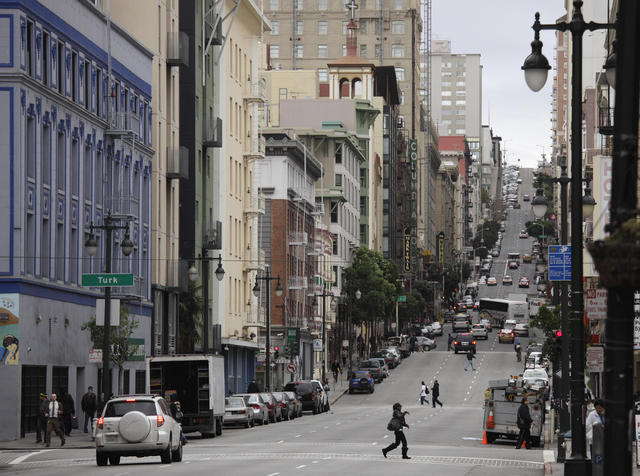 San Francisco's Tenderloin is notorious for its drug marketplace.

San Francisco is embracing a novel approach to crack down on open-air drug dealing in the Tenderloin: Civil lawsuits against 28 known drug dealers. They would essentially act as restraining orders, barring the dealers from entering the neighborhood under threat of arrest and fines. “San Francisco has become the place to go to sell drugs," said the city's mayor. "It is known widely, and that has got to stop.” A.P. | S.F. Chronicle 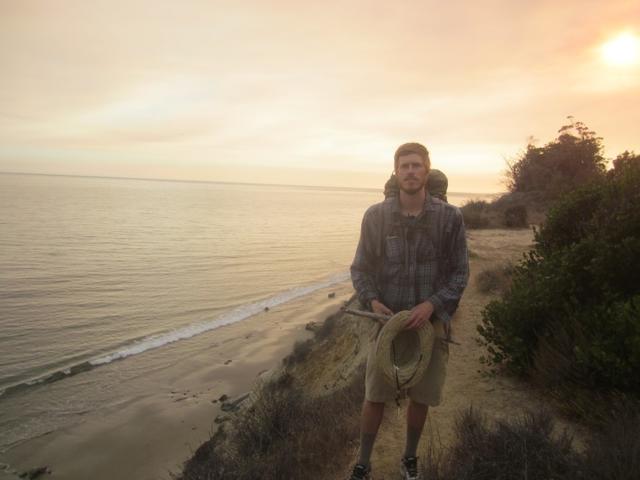 On this week's California Sun Podcast, host Jeff Schechtman talks with Nick Neely, an environmental writer who recreated the 1769 journey taken by the Spanish explorer Gaspar de Portola. Neely walked for 12 weeks and 650 miles from San Diego to the Bay Area, linking the past with the present and discovering the Golden State anew. California Sun Podcast

Neely's book about the journey, "Alta California," has been called “tough-minded, poetic, and relentlessly strange." 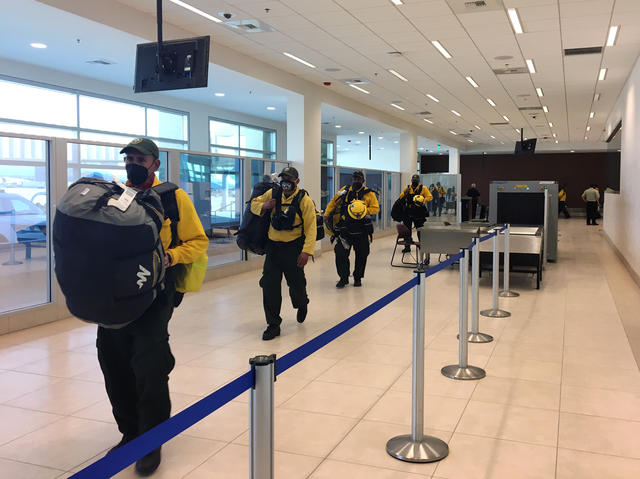 Mexico sent 100 firefighters to California on Wednesday to help battle a sprawling wildfire in Sequoia National Park. "Fires do not have borders. Fires do not have different languages and cultures. In the end we all speak the same language when it comes to fighting fire," a Mexican official said. Canadian crews have also assisted in California's firefight. CNN | CBSLA

This N.Y. Times story on the West's wildfires contains some jaw-dropping graphs.

As many as 1,000 people are refusing to evacuate part of California's Emerald Triangle as a massive wildfire bears down on the cannabis-growing region. A Trinity County sheriff's deputy who went door-to-door warning of the danger said he couldn't force people to leave. “It’s mainly growers," he said. "And a lot of them, they don’t want to leave because that is their livelihood.” L.A. Times | A.P.

Reversing course, the Pac-12 Conference has opted to play a shortened football season this fall, defying the risks of the coronavirus pandemic. The western conference — which includes UCLA, USC, Stanford, and Cal — said it would kick off Nov. 6 and play a seven-game season. “Covid-19 has taken so much away from these students," one official said. "I didn’t want to take this away from them.” N.Y. Times | ESPN

S.F. Chronicle's Ann Killion: This is all about money, pride, and power. 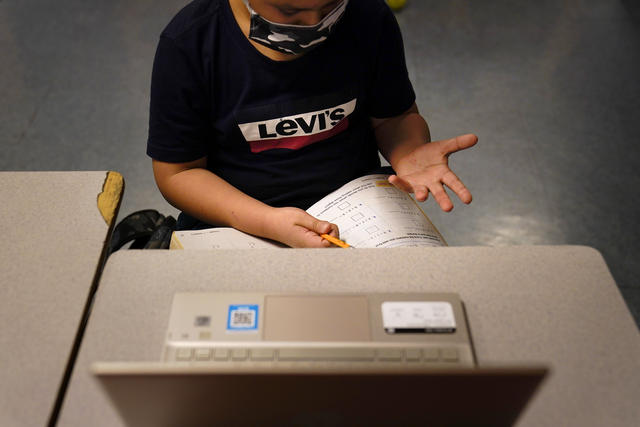 A student worked on math problems at a Boys & Girls Club in Los Angeles.

“I am a parent who is here ready to fight for my child.”

California's awful 2020 has devastated much of the state's tourist industry — with a notable exception. Many small-town destinations have hummed with business as city dwellers flock to open spaces. "It’s like a water balloon,” the manager of a campground in Big Sur said. “You squeeze it and block off water to some parts, it bulges out in other parts.” The Guardian 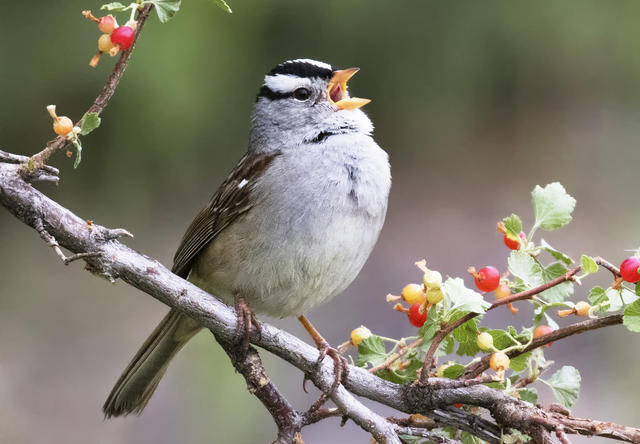 A white-crowned sparrow belted out a tune.

The songs of sparrows became prettier after the Bay Area went on lockdown in March. Seizing a rare opportunity to study the birds' behavior on abandoned streets, researchers found that the males sang more softly and sweetly without a human din to drown them out. "Their songs actually sounded sexier to other birds in the population," one researcher said. Mercury News | Popular Science 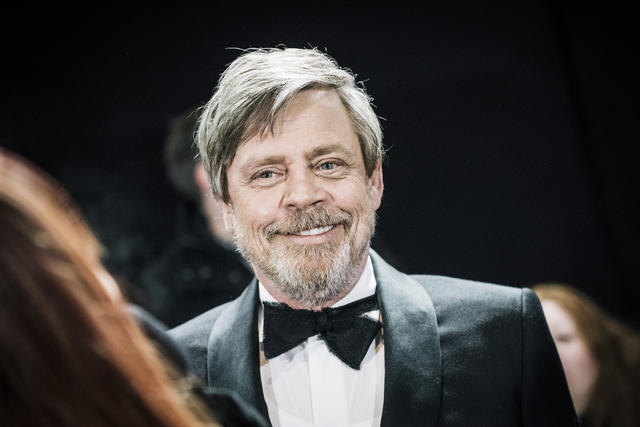 Mark Hamill turns 69 today. The Oakland-born actor is by many accounts a wonderful human being.

The screenwriter Ed Solomon once told the story of how a friend's son dying of cancer had one wish: to meet Luke Skywalker. Solomon didn't know Hamill, but he made a call to his agent. Don't get your hopes up, came the reply. But moments later Hamill was on the phone. He'd do it, he said. Solomon recounted what happened next on Twitter:

"He not only met with the boy, but spent hours answering question after question (sometimes the same ones repeatedly), AS 'Luke.' Even posting this now makes me teary. He was compassionate, kind, and patient. And it literally meant the world to this kid and his family." 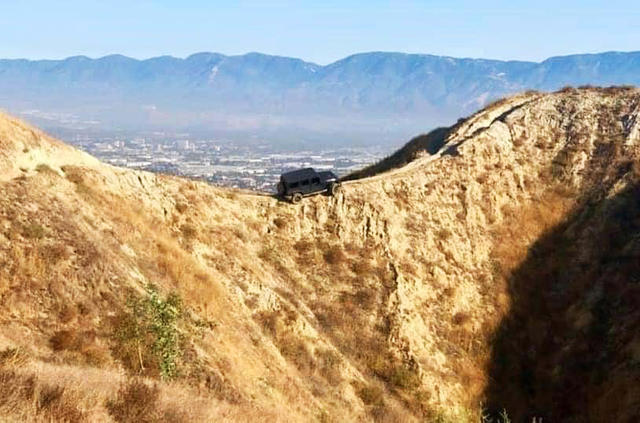