California lawmakers are expected to approve a framework for a $215 billion operating budget on Thursday. It would steer billions of dollars to programs for new parents, low-income taxpayers, and unauthorized immigrants. Republicans have been incensed over plans to extend public health insurance coverage to young adults living in the country illegally, while taxing people who are here legally for not purchasing health insurance. "I just don't get the prioritization," a state senator said. A.P. | Sacramento Bee

With a surplus of $21.5 billion, critics are wondering why the budget includes any new taxes at all. Mercury News 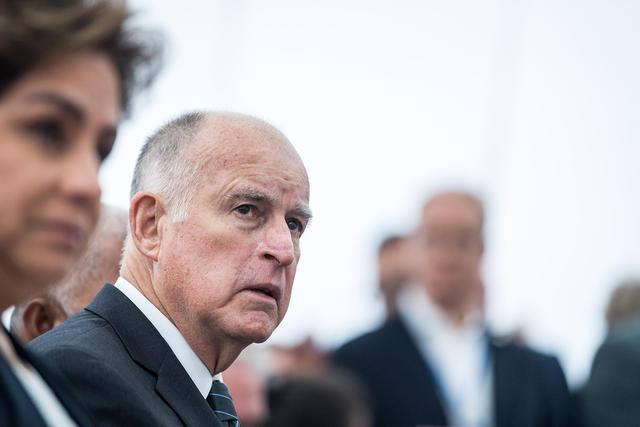 Jerry Brown at a climate conference in Bonn, Germany in 2017. The former governor warned repeatedly about climate change.

Life on his Colusa County ranch appears to have been too quiet for Jerry Brown. He's leaving his retirement to become the director of a new climate change institute at U.C. Berkeley. Its mission will be to help California and China collaborate on technology and research in the battle against global warming. Sacramento Bee | The Hill

A California court ruled that inmates can legally have marijuana in their cells as long as they don't consume it. The authors of Proposition 64 — which legalized recreational cannabis — said nothing about exceptions for incarcerated people, the court noted. State law, however, prohibits inmates from ingesting the drug, and prisons can still prohibit pot possession as a rule violation. A.P. | Courthouse News Service 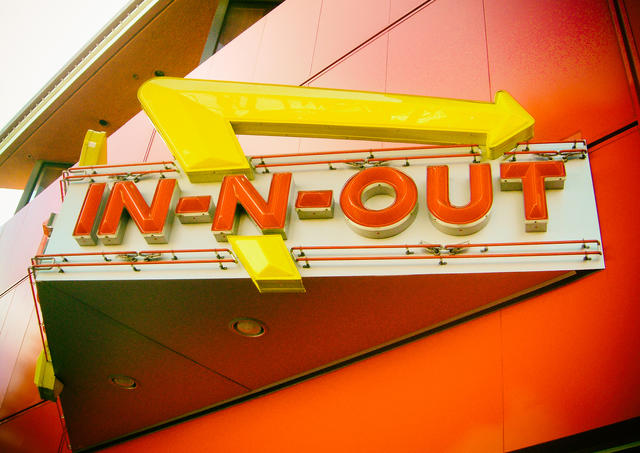 In-N-Out Burger, based in Irvine, has made employee satisfaction a central focus.

Forbes partnered with a market research company to rank how well organizations are liked by employees in each state. California's top five: Costco, In-N-Out, Workday, Microsoft, and Trader Joe's. Costco is known for offering great benefits. It lifted its minimum wage to $15.50 an hour in March. Forbes

At last check, In-N-Out was paying its store managers about $160,000 a year. California Sun 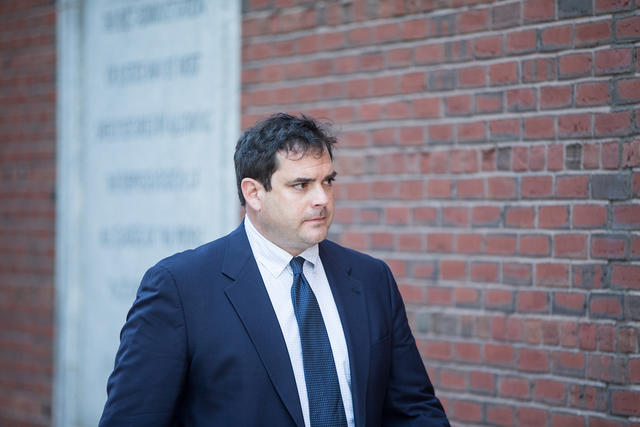 "I deserve all this. I caused it," John Vandemoer said before receiving his sentence.

The first person was sentenced in the college admissions scandal: He got no time. John Vandemoer, former Stanford sailing coach, was accused of taking bribes from a corrupt college consultant in exchange for designating well-connected applicants as recruits.

The sentence was far lighter than prosecutors had sought: a single day in jail — time credited as already served — and six months of home confinement as part of two years of supervised release. Vandemoer did not pocket the bribes, but instead put them into the sailing program. "I have not heard of anyone who is less culpable," the judge said. Mercury News | Washington Post

San Francisco will stop charging jail inmates for phone calls. State law allows counties to impose premiums on phone calls to support jail services — with a 15-minute call working out to about $2.10. Mayor London Breed said that presents a financial barrier to staying in touch with loved ones, which in turn makes offenders less likely to succeed once they are released. KQED | S.F. Examiner

Twelve white male police officers in San Francisco are suing the city for discrimination, saying they were passed over for promotions because of their race and sex. The officers' lawyer said the department promoted black sergeants, even though their scores on tests were lower than those of white candidates. San Francisco settled a similar lawsuit in 2003 for $1.6 million. S.F. Chronicle | A.P. 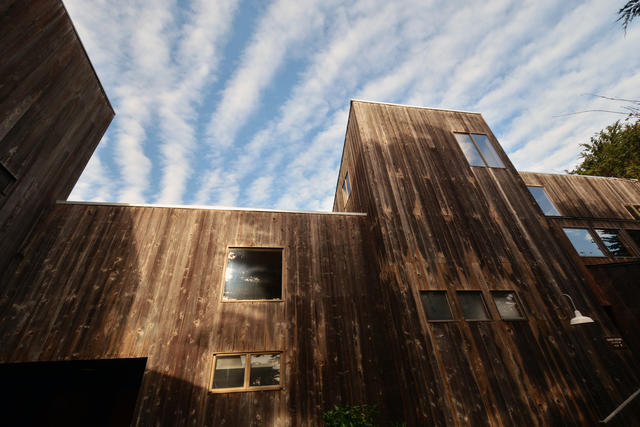 Wood is ubiquitous at the Sea Ranch.

A design historian called the Sea Ranch "the California architectural monument of the 1960s." But the 10-mile utopian community along the Sonoma coast is changing with the times. The demographic is shifting toward a younger, professionally engaged population. Newer homes are departing from classic Sea Ranch rusticity, embracing materials like concrete, rust-colored steel, and fire-resistant fiberboard. N.Y. Times

Here's a complete oral history of the Sea Ranch. Curbed 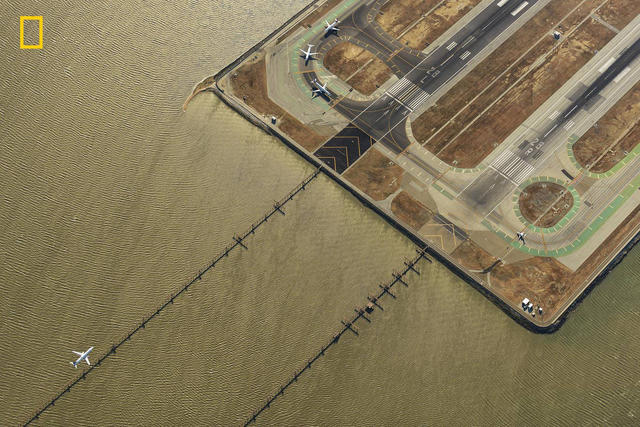 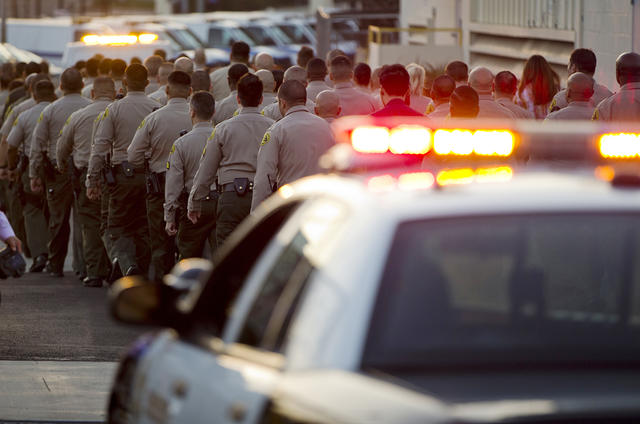 Sheriff's deputies walked behind a coroner's van transporting the body of Deputy Joseph Gilbert Solano on Wednesday in Los Angeles.

A Los Angeles County sheriff’s deputy, Joseph Gilbert Solano, has died after being shot in the head Monday in a seemingly random attack at a Jack in the Box in Alhambra. "He confronted a threat not knowing what it was, and in a split second, he lost his life, and that's what it is in law enforcement," Sheriff Alex Villanueva said, at times on the verge of tears. A Utah man was arrested in the killing. L.A. Times | KABC

Margaret Hunter, the wife of Rep. Duncan Hunter, has agreed to change her not-guilty plea in a federal corruption case that alleges the couple spent more than $250,000 in campaign money on a lavish lifestyle. The move could pave the way for her to testify against the Southern California congressman, who once suggested that she was to blame for their indictment. S.D. Union-Tribune | A.P. 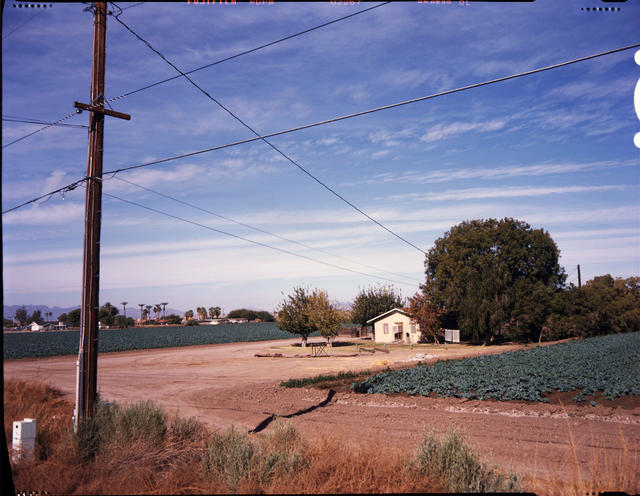 The desert community of Blythe has been lending a hand to migrants.

Border Patrol agents have been dropping off immigrants, mostly Central American, in remote small towns in California to be cared for by nonprofits and local officials. Since March, about 2,600 migrants have arrived in Blythe, a city of about 20,000 near the southeastern border with Arizona. "I don't know how we can keep this up," a county supervisor said. L.A. Times

Uber Elevate, the aerial arm of the ride-hailing company, said it would start delivering McDonald's food by drone in San Diego this summer. The drones won't fly directly to homes, but to drop-off zones where couriers will complete the order. The company said its drone service is the future of food delivery. Bloomberg | S.D. Union-Tribune

Separately, Uber unveiled designs for so-called "skyports" that would be distributed throughout Los Angeles and serve as launching pads for flying taxis. Mashable | Curbed Los Angeles 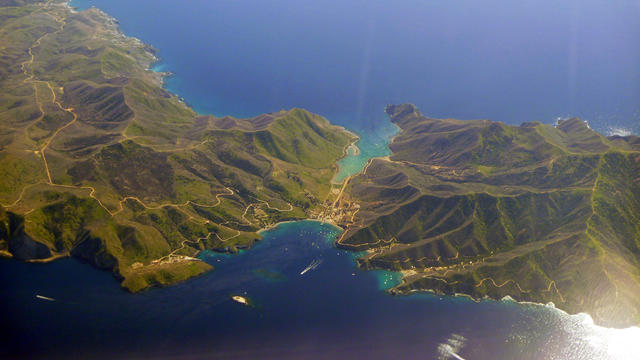 This is Los Angeles County too.

On the western end of Catalina Island, 12 miles from resort-flavored Avalon, is Two Harbors, a low-key community nestled on a narrow isthmus. It has one restaurant, one inn, one general store — and extraordinary natural beauty. Also: Some of the best snorkeling in California, with water visibility up to 100 feet. S.F. Chronicle | L.A. Times 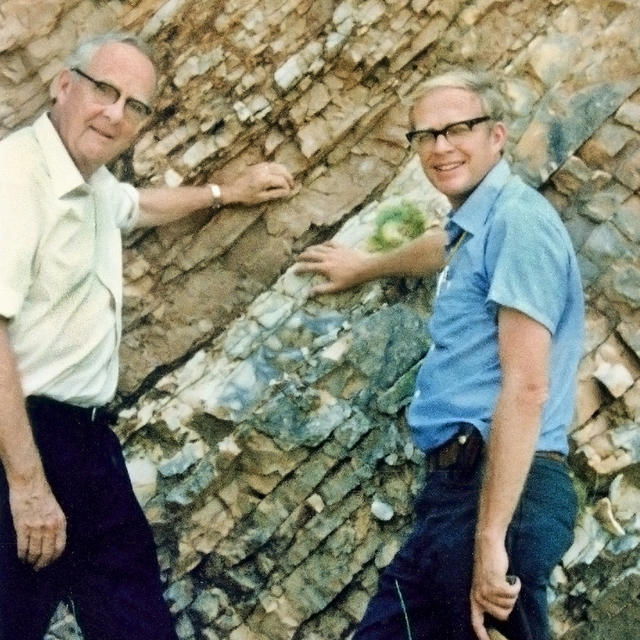 Luis Alvarez, left, and Walter Alvarez at a limestone outcrop near Gubbio, Italy, that marks the end of the Cretaceous Period, in 1981.

Born in San Francisco on this day in 1911 was Luis Alvarez, a scientist of extraordinary breadth and brilliance.

When he began his career in physics in 1936, scientists thought there were just three fundamental particles — protons, neutrons, and electrons. Alvarez helped upend that notion by showing they could be shattered into smaller particles with names like quarks, leptons, and muons. It earned him the 1968 Nobel Prize in physics.

Among Alvarez's other endeavors: He invented a precision high-altitude bombing system, helped develop a radar beam that guided pilots through fog, and peered into the Egyptian pyramids with X-rays.

Alvarez became best known, however, for his geological work. He and his son Walter Alvarez, a geologist, were the first to posit that the extinction of the dinosaurs was caused by an asteroid. The father-son team published the theory in 1980 after discovering a layer of sediment enriched by iridium, an element abundant in meteorites but rare on earth. Most paleontologists rejected the idea. Today, the so-called Alvarez hypothesis has been endorsed by scientists around the world. L.A. Times (1988) | Berkeley Lab

The California Sun Podcast tells the state's story through interviews with its most fascinating thinkers and personalities. Listen and subscribe.