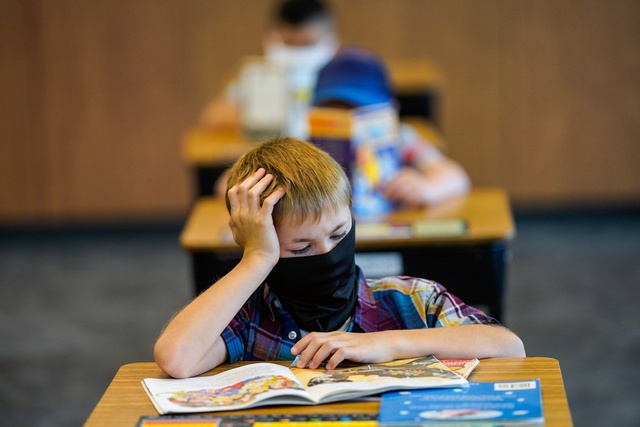 On Friday, California said that all K-12 students would have to wear masks in the fall, regardless of vaccination status, a standard stricter than that recommended by the CDC. On Monday, state officials went further, ordering schools to bar unmasked students from campuses. Then hours later, they rescinded that rule, saying local school officials could decide for themselves how to handle defiant students — while keeping the mask mandate in place. L.A. Times | S.F. Chronicle

New York Magazine: "The kids are safe. They always have been."

“The word is volatility. Money comes; money goes. The federal government is going deeper into debt. They are spending money wildly. The state is now spending money. It's not sustainable. We need a more frugal, sustainable, prudent way of doing business. I would predict certainly within two years we're going to see fiscal stress.” NBC Los Angeles 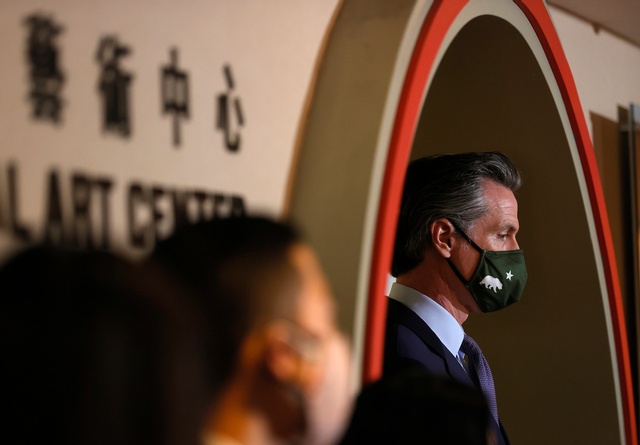 Gov. Gavin Newsom looked on during a news conference in San Francisco on March 19.

Gov. Gavin Newsom can't identify himself as a Democrat on the September recall ballot because he missed the deadline to designate his party affiliation, a judge ruled Monday. Newsom's layer argued that it was a harmless mistake. But recall supporters said the law is the law, an argument the judge found persuasive. Given Newsom's broad name recognition, analysts said the lack of party identification was unlikely to make much difference. Sacramento Bee | A.P.

Apple and the California State University system are partnering to give iPads to as many as 35,000 incoming freshmen and transfer students, an initiative designed to close a digital divide. Nearly half of all Cal State undergraduates receive Pell Grants — demonstrating financial need — and nearly one-third of students are the first in their family to pursue a college degree. CNET | L.A. Times

Some vintners have seen their fire insurance premiums skyrocket. For others, their coverage has been revoked entirely and they've been unable to find alternatives. So they're entering wildfire season without protection, haunted by the fear that it could be their last. “People say, ‘What’s your plan B?’" said Andy Peay of Peay Vineyards. "I don’t have a plan B.” S.F. Chronicle 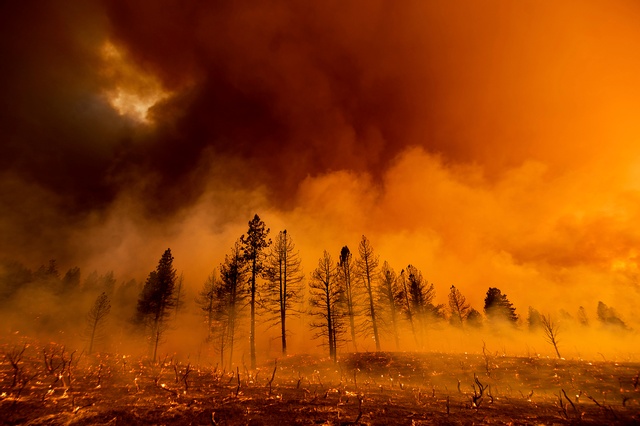 The Sugar Fire, part of the Beckwourth Complex, burned in Doyle on Friday.

About a dozen wildfires were burning across the state on Monday, including the largest of 2021 so far: the Beckwourth Complex, which has covered more than 140 square miles in the Plumas National Forest area. Another blaze southwest of Yosemite exploded in size, destroying a handful of structures and threatening hundreds more. The A.P.'s Noah Berger captured incredible pictures from the rural town of Doyle, which was overrun by flames. The Atlantic | Washington Post

Punjabi Sikhs have been farming in California for more than a century, but their agricultural roots stretch back 900 years. Their numbers have dwindled as recent generations drift toward white-collar work in the cities. A photographer captured some gorgeous images from a Sikh-run farm near Fresno, where 28-year-old Simranjit Singh has vowed to carry on the tradition: “Whatever is passed to me from my father is so valuable that I would be a fool to throw it away. Farming will always be at the core of who I am.” N.Y. Times

"Don't call them NIMBYs — it’s too nice. 'These are segregationists.'"

Venice has among the highest-density populations of homeless people in California. Yet the same people who have been cheering on Sheriff Alex Villanueva's pledge to start arresting boardwalk dwellers are also fighting to stop a project that would create 140 apartments for formerly homeless residents, low-income families, and local artists. Curbed

Members of MS-13 operate out of abandoned buildings scattered around Los Angeles where they sleep, party, host meetings, peddle drugs, and sometimes kill. The buildings are known as "destroyers," and they reflect the wretchedness of life in a gang that, for all its bravado, is made up of mostly poor teenagers and young men who are homeless or estranged from family. L.A. Times 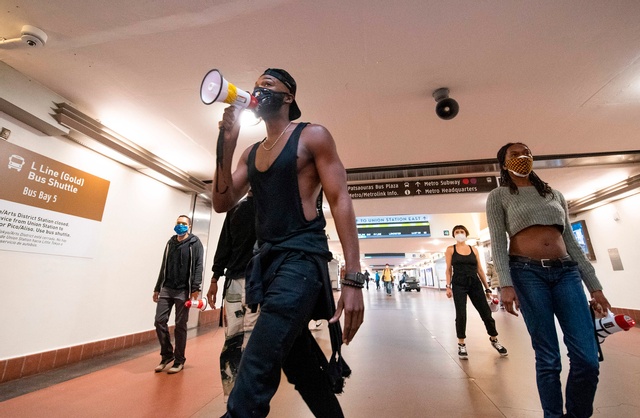 Members of the Fountain Theatre held a "pop-up" performance at Union Station Oct. 24, 2020.

Los Angeles is home to a vibrant network of intimate theaters, none bigger than 99 seats. But they are struggling to recover after the pandemic. One challenge is luring theatergoers back out. Another: A 2020 gig worker law that requires theaters, regardless of size, to pay minimum wage plus payroll taxes, workers’ compensation, and unemployment insurance. “For me the essential question is how AB5 went from a bill meant to address the nonprotection of gig workers (Lyft and Uber, etc.) to a bill that is bullying nonprofit theater companies?” said the actor Tim Robbins. N.Y. Times

A British paratrooper training with U.S. troops crashed through the roof of a Central Coast home last week, officials said. Several people in the Atascadero neighborhood saw the soldier spiraling toward the earth as his parachute failed to properly deploy. Incredibly, he was fine, if a little banged up. “It’s a miracle in my estimation, really," said Rose Martin, a registered nurse in the neighborhood who rushed to check on him. "I mean, who lands like that without a parachute and lives?” KSBY | Military.com

An image purported to show the soldier sprawled in the kitchen after the crash. 👉 @TheWTFNation 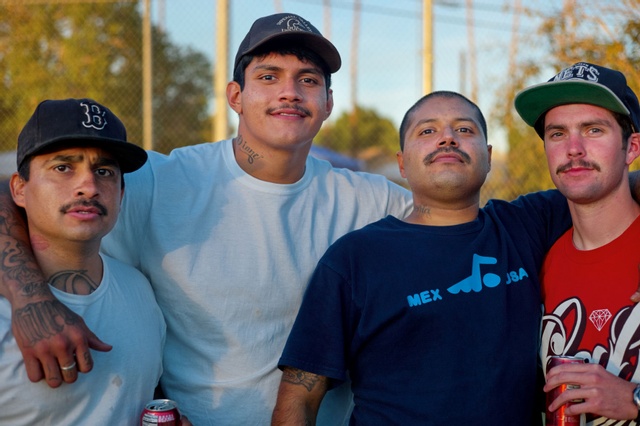 Gazing out an airplane window above Imperial County, the German photographer Lars Borges was surprised to see a massive green grid below. "I asked myself: How can that be — a field in the desert?" That sparked a yearslong photo project on the people of California's southeastern corner — a place of poverty, joblessness, and relentless heat that Borges says represents everything that can go wrong with the planet. LarsBorges.com | Leica Camera Blog