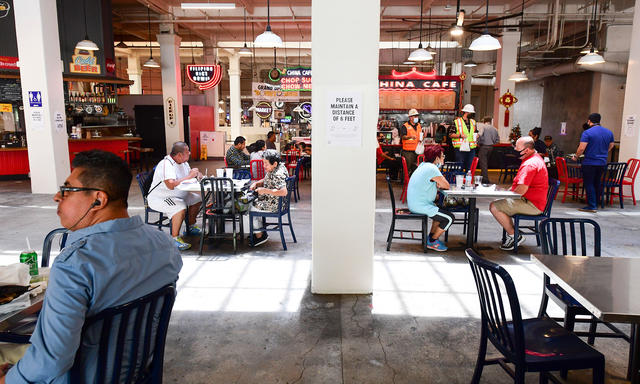 Blame our failure to properly shut down in the first place. Blame our rush to reopen. Blame people's refusal to mask up. Blame the governor.

Whoever you blame, California is closing again. Gov. Gavin Newsom on Monday ordered the immediate closure of bars and indoor operations at restaurants, museums, zoos, and movie theaters across the state. In addition, 29 counties, or roughly 80% of the state, must also close shopping malls, gyms, churches, and nail salons.

In justifying the moves, Newsom cited data showing that California is now averaging more than 8,200 new cases a day. “We were able to suppress the spread of this virus, we were able to knock down the growth of this in the beginning," he said. "We’re going to do that again." Mercury News | A.P. | S.F. Chronicle

Here are the full details on closings 👉 Covid19.ca.gov

"I don’t know how we’re going to get through this.”

Many business owners across the state expressed despair over the governor's order. Some were furious. Others said they understood the rationale. They just weren't sure if they could hold on much longer. Mercury News | O.C. Register | Press Telegram 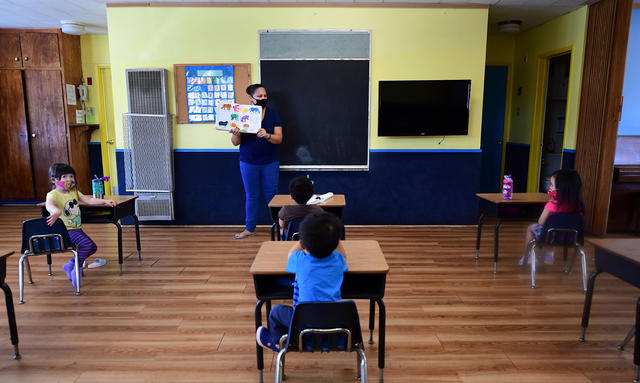 With the start of the school year just weeks away, California's two largest school districts — Los Angeles and San Diego — announced that their campuses would not be reopening. Los Angeles's schools chief said he recognized the harm to children cut off from classrooms. But, he added, “What we can’t do is turn our schools into some giant Petri dish and have irreparable health and life consequences for all of the school community." EdSource | A.P.

Orange County's Board of Education stayed true to its reputation as a hub of opposition to coronavirus restrictions. It urged schools to open on time without social distancing or face masks. Voice of OC | O.C. Register

With coronavirus hospitalizations in California at an all-time high, some medical workers say the dreaded surge that officials warned about has arrived. An intensive care nurse in Bakersfield: “We’re getting to the point where we’re just overwhelmed — emotionally, physically exhausted. We don’t have enough workers for all these patients; we’re working extra shifts. I’m expecting things to go from bad to worse over at least the next couple of weeks.” L.A. Times 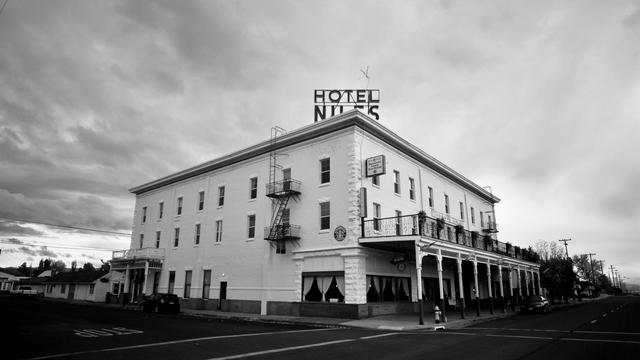 Niles Hotel is the largest building on Main Street in Alturas, the seat of Modoc County.

Sleepy towns, a tiny jail, and fewer than 9,000 people in an area roughly the size of L.A. County.

Of 58 California counties, only Modoc has recorded zero coronavirus cases. A county spokeswoman said they've been shocked to remain unscathed. A rancher posited a theory: “When you’re shoulder deep in a cow, you get good at washing your hands." Mercury News

The body of "Glee" star Naya Rivera was recovered from Lake Piru in Los Padres National Forest on Monday. She was 33. Her 4-year-old son told investigators that she had boosted him back onto their rented boat before he looked back and saw her disappear under the water. “She must have mustered enough energy to get her son back on the boat, but not enough to save herself,” Ventura County Sheriff Bill Ayub said. A.P. | L.A. Times 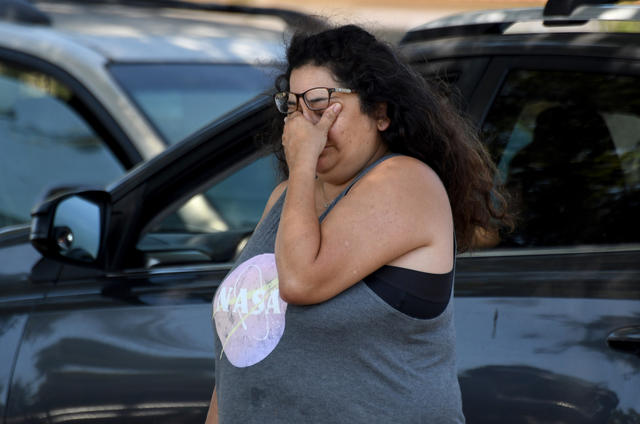 A woman was overcome with emotion after a fire tore through Mission San Gabriel on Saturday.

“I baptized my kids at that church. I got married here. One day you come, and everything’s fine. The next day, everyone is hurting.”

For many in the San Gabriel Valley, the namesake mission engulfed by flames on Saturday was more than a historical landmark, wrote the columnist Gustavo Arellano. It "was their neighborhood parish, where generations of the same family went to weekly Mass, baptized children and said goodbye to loved ones." L.A. Times

The chance of a major San Andreas earthquake has increased, according to a study on how a pair of quakes in Kern County last July acted upon faults in Southern California. The likelihood of a quake along a section of the San Andreas Fault in the next year rose to about 1.15%, or roughly three to five times greater than earlier forecasts. “We are still saying this is unlikely,” a geophysicist said. “It’s just a little likelier.” L.A. Times | N.Y. Times 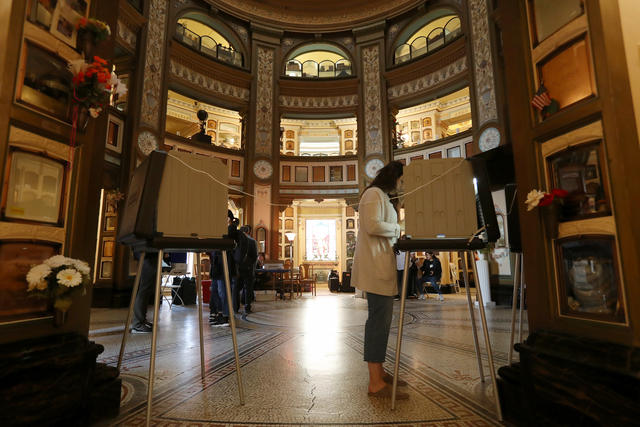 A voter filled out her ballot at the San Francisco Columbarium and Funeral Home on March 3.

California election officials rejected more than 100,000 mail-in ballots during the March presidential primary, or about 1.5% of the mail-in ballots returned, data showed. The most common issue by far was missed mailing deadlines. Many other votes were nullified for missing signatures. California is planning to mail ballots to every voter in November. State Republicans have called the move a power grab. A.P.

San Diego County prosecutors charged a former sheriff's deputy with murder in the fatal shooting of a fleeing suspect last May. The authorities said Aaron Russell, 23, was on his way to work at the San Diego Central Jail when he encountered Nicholas Bils, who had just escaped a park ranger's car after being arrested for assault. Russell gave chase and fired at least one round. Family members said Bils suffered from paranoid schizophrenia. S.D. Union-Tribune | NBC 7

For years, Sqirl has been a darling of Los Angeles dining, known for its ricotta toast with jam and lines stretching down the block on Saturday mornings. Now it's facing a crisis over food handling practices after an image surfaced showing a tub of Sqirl jam covered in a thick layer of mold. Food Twitter, by all accounts, lost its mind. Eater Los Angeles | Vice 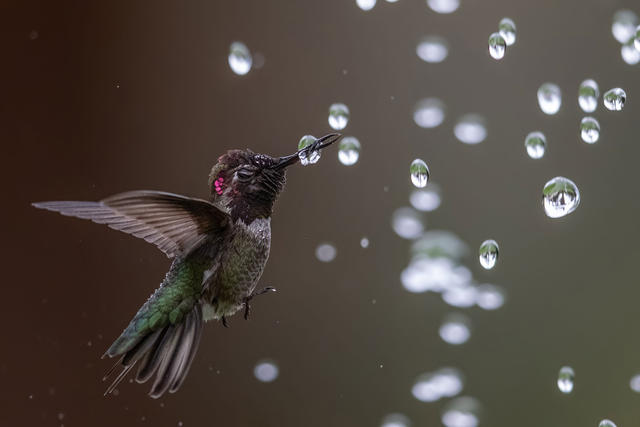 With its beaches, marshes, mountains, forests, and deserts, California is home to more documented bird species than any other state. So it's perhaps little surprise that nearly a third of the honorees in the 2020 Audubon Photography Awards are from the Golden State, including the Anna's hummingbird at a Bay Area farm pictured above.

See all the winners 👉 Audubon magazine