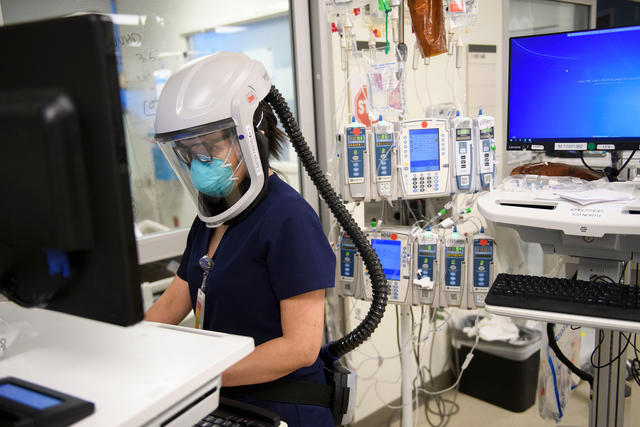 A nurse worked in an ICU unit at Martin Luther King Jr. in Los Angeles on Jan. 6.

California's coronavirus surge is showing signs of leveling off. Health officials said on Tuesday that the number of daily hospitalizations over the previous two days had fallen to about 2,500 from an average of 3,500. Dr. Mark Ghaly, the state health secretary, called the numbers “the biggest signal to me that things are beginning to flatten and potentially improve.” Daily infections were also sharply down. S.F. Chronicle | Reuters

A CNN reporter, Sara Sidner, broke down in tears during a heartbreaking report on the funeral for a coronavirus victim conducted in the parking lot of a Los Angeles hospital. "It's just not OK," she said. "It's not OK what we are doing to each other. These families should not be going through this. No family should be going through this." YouTube/CNN 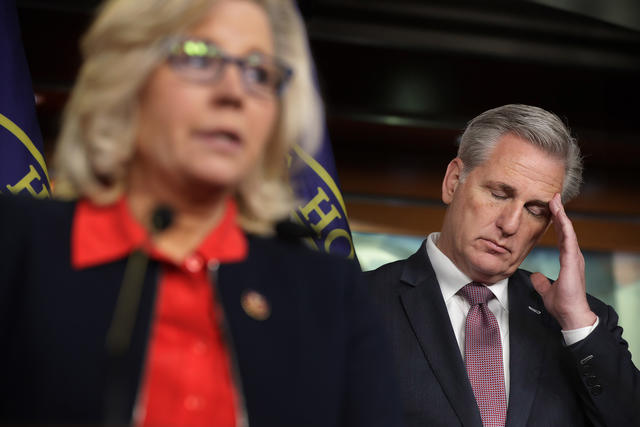 Rep. Liz Cheney, left, and Rep. Kevin McCarthy during a news conference in Washington in 2019.

A dramatic rift has opened in House GOP leadership after Rep. Liz Cheney, the No. 3 Republican, embraced plans to impeach President Trump. Rep. Kevin McCarthy, the minority leader, remains steadfastly opposed the move, having spent years building his political brand around ties to the president. McCarthy and Cheney, wrote Politico, are making two very different bets — "and the one who guesses right may find themselves with a future leading the GOP."

The California Democratic Party held a press conference Tuesday that branded the recall effort against Gov. Gavin Newsom as a "California Coup," linking it to the insurrection at the U.S. Capitol. The likening of a democratic process written into the California constitution to a mob attack drew widespread condemnation. Kevin Faulconer, the Republican former mayor of San Diego, called it "disgraceful." Yashar Ali, a journalist and former Democratic aide, called it "absolutely insane." CalMatters | S.F. Chronicle

More Californians faced condemnation for actions linked to the unrest in Washington:

Former Sen. Barbara Boxer, of California, registered as a foreign agent for a Chinese surveillance firm accused of abetting the country’s mass internment of Uighur Muslims. After an Axios report on her work sparked intense criticism Tuesday, she said she would sever the relationship. President-elect Joe Biden’s inaugural committee planned to refund a $500 donation from Boxer. S.F. Chronicle 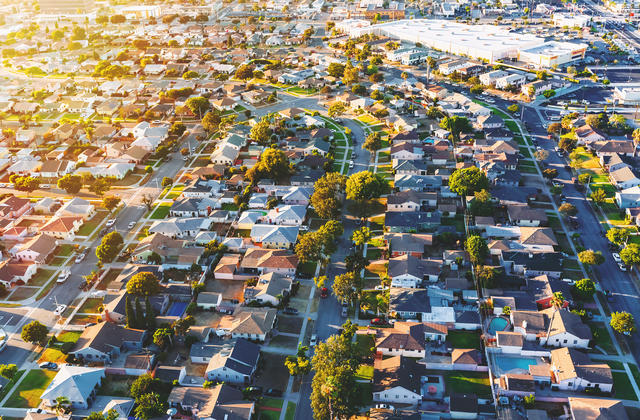 Homes in Hawthorne. Many residents have found the California Dream out of reach.

Over the past few years, tens of thousands more people have been leaving California than moving in. Dowell Myers, a demographer, said many of those taking flight are people who had been lured to sunny California from other places. They are turning around, he said, “because they just couldn’t achieve the American dream in California — because that involves buying a single-family house." L.A. Times

Bitcoin has been on an extraordinary run, making many of its holders very rich. But the cryptocurrency’s unusual nature means many people are locked out of their fortunes because they have lost or forgotten their passwords. Stefan Thomas, a programmer living in San Francisco, has two guesses left to figure out a password that is worth about $220 million. “I would just lay in bed and think about it,” he said. N.Y. Times 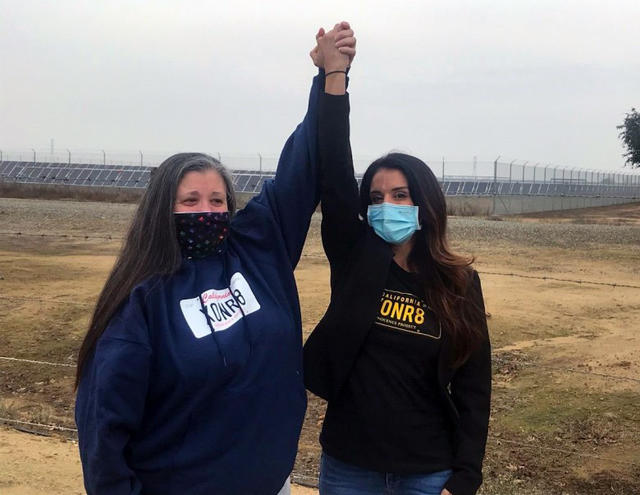 JoAnn Parks, left, and Raquel Cohen, a lawyer, after Parks’ release from prison on Tuesday.

A woman convicted of killing her three children by setting fire to her home in a Los Angeles suburb walked free on Tuesday after 29 years in prison. In 2011, a review panel concluded that the fire was probably accidental. JoAnn Parks, 54, always maintained her innocence. “Nothing could be worse than losing your children and then being wrongfully convicted of their murder,” said Justin Brooks, director of the California Innocence Project. S.D. Union-Tribune | A.P.

A Bay Area real estate appraiser shot a 2 on a par-6 hole at a golf course in Oakland. The feat is known as a condor — meaning 4 under par — and it's believed to be the first documented instance on a par 6 in the history of golf. On Dec. 10, Kevin Pon launched a 540-yard drive from the top of a hill at the 18th hole of Lake Chabot Golf Course. He then sank a 120-yard blind shot with his pitching wedge. “It’s like I’ve been telling people," he later joked. "'You know, this has been a weird year.'" Mercury News | KTVU 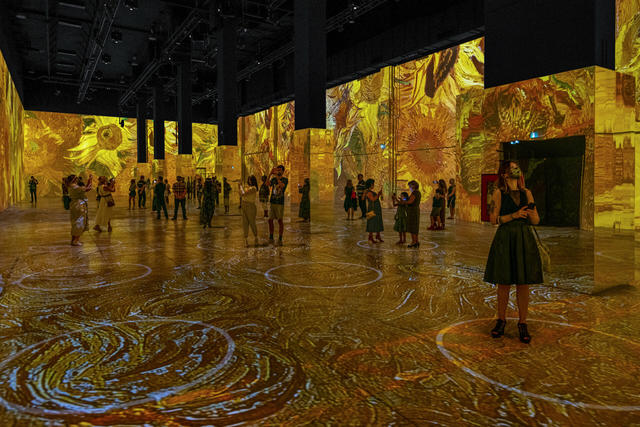 "Immersive Van Gogh," a touring art exhibit that lets you step inside the Dutch artist's paintings, is so popular that its run in San Francisco is being extended. And it hasn't even opened yet. The walk-through exhibit is making its West Coast premiere on March 18 at SVN West. Intense demand for advance tickets led organizers to extend the run through Sept. 6. S.F. Chronicle | Mercury News