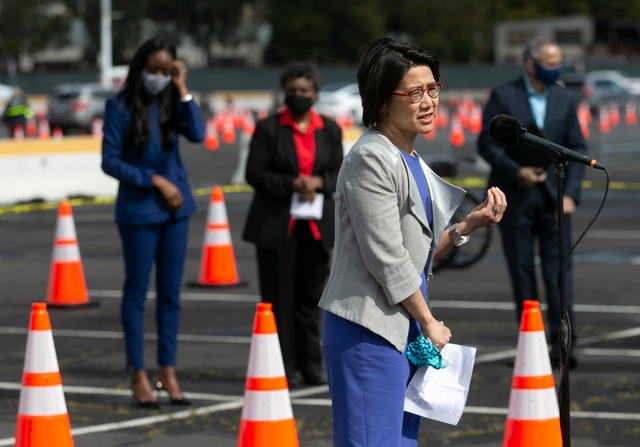 Dr. Erica Pan said she is "hopeful" that the coronavirus surge is easing.

Despite rising hospitalizations in rural parts of California, epidemiologists say the summer coronavirus surge is now showing signs of abating. Crucially, the statewide infection rate has dropped in the past three weeks from a high of 7% of those tested to 5.2%. The latest epidemiological models show hospitalizations peaking in the next two weeks before starting to decline. “We’re hopeful, definitely,” Dr. Erica Pan, the state epidemiologist, said Tuesday. A.P.

See how your county is faring. 👉 Covid ActNow

The New York Times gave front-page treatment to the rise of Larry Elder: "For a generation, Larry Elder has been an AM radio fixture for millions of Californians, the voice they could count on when they were fed up with liberal Democratic politics. Undocumented immigrants? Deport them. Affirmative action? End it. Equal pay? The glass ceiling doesn’t exist."

Former Gov. Gray Davis: “I doubt if half the people in the state know there’s an election in 30 days.” Politico 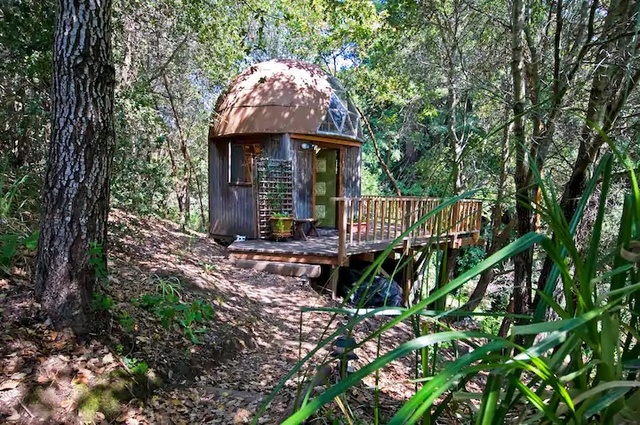 The Mushroom Dome rents for a modest $156 a night.

The world's most popular Airbnb listing is a 100-square-foot geodesic structure in the Santa Cruz Mountains. Known as the Mushroom Dome, it draws bookings eight months in advance from places as far flung as Djibouti, Mongolia, India, Australia, and Peru. A reporter went to see what all the fuss was about. The owner told him that the Mushroom Dome is more than a place to sleep. “It’s a doorway for people to discover themselves.” The Hustle 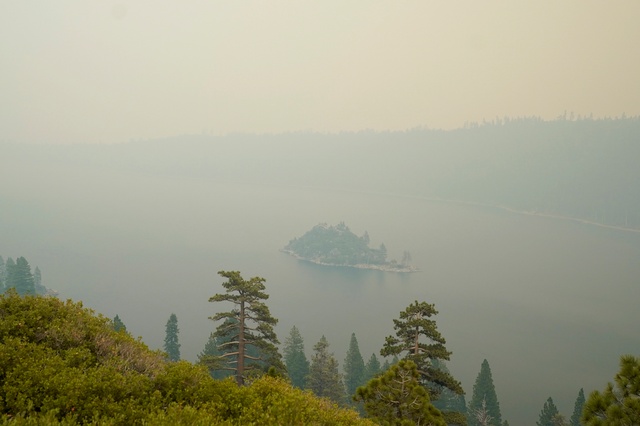 Lake Tahoe's Emerald Bay was shrouded in smoke on Tuesday.

Tahoe's misery deepened Tuesday as smoke and ash continued to pour into the alpine vacation spot. Tourists hunkered inside cafes and casinos as the normally blue sky turned yellowish gray and the air quality reached hazardous levels. The source of the smoke, the destructive Caldor fire, was “knocking on the door” of Tahoe, said Thom Porter, California’s state fire chief. S.F. Chronicle | A.P.

A motorist captured startling video of smoke shrouding a road in nearby Truckee. Storyful (~30 secs)

Last fall, Nate Ballard, a public relations expert and former aide to Gavin Newsom, was accused of assaulting his wife and trying to smother their 4-year-old daughter with a pillow during a drunken marital dispute. In the months since, he has portrayed the episode as a one-time misunderstanding, saying he fell asleep on his daughter. Now Ballard's wife has had her say in a Napa County courtroom. Ballard's outbursts, she said, were a "constant horror" during their marriage. On his explanation of the pillow incident, she said: "It is ludicrous. It is infuriating. It is a lie." KQED 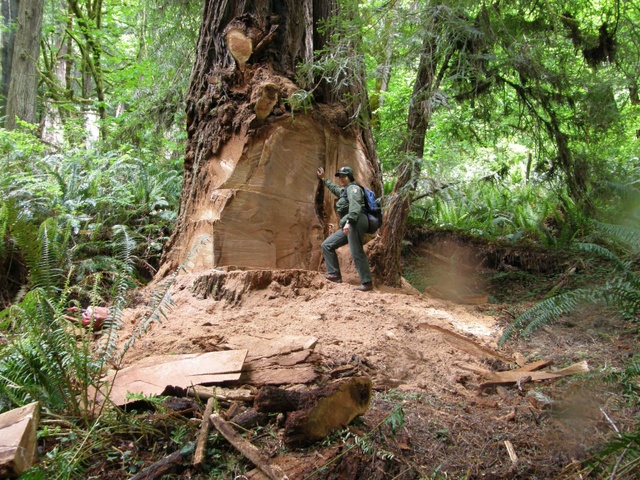 The aftermath of burl poaching.

The burl poachers of California's North Coast come under dark of night, wearing headlamps and carrying chainsaws. They carve knobby growths from the trunks of ancient redwoods to be sold to collectors who prize their intricately patterned wood. The culprits are nearly impossible to catch, but in 2018 detectives used motion-activated cameras to track down Derek Hughes, 38. Prosecutors asked a judge to lock him up for three years after he admitted to butchering trees in Redwood National and State Parks. But last Friday, a judge let Hughes off with community service and probation. Some locals were enraged. North Coast Journal | SFGate.com

The college admissions cheating scandal yielded a new guilty plea. Court documents filed Tuesday revealed that Marci Palatella, of Hillsborough, will admit that she paid $500,000 to get her son into USC as a football recruit. Palatella is the chief executive of a liquor distribution company and the wife of former San Francisco 49er Lou Palatella. According to investigators, Palatella bragged that the couple “laugh every day” about the scam: “We’re like, ‘It was worth every cent.’” The plea deal calls for six weeks in prison and a $250,000 fine. A.P. | Palo Alto Online 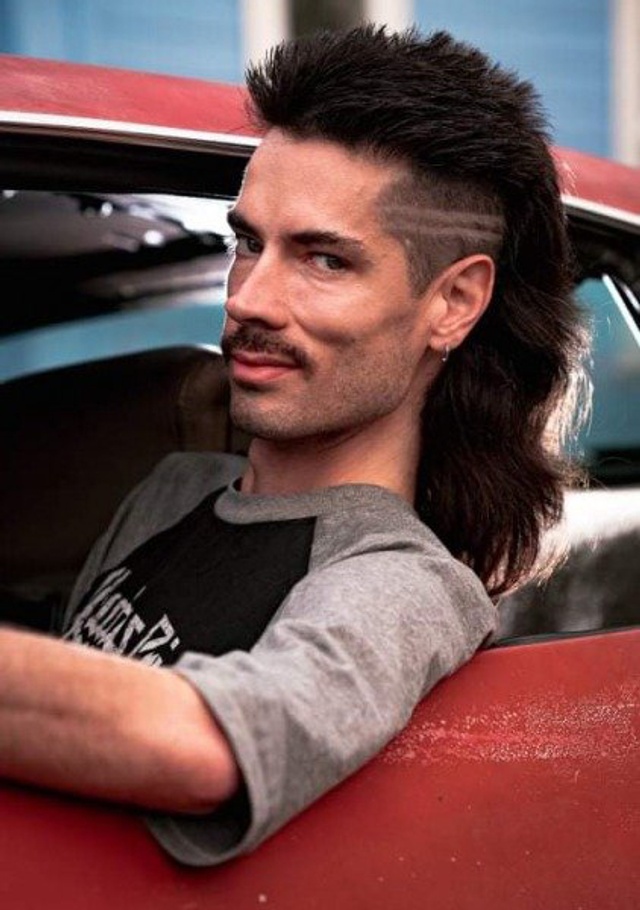 Jesse McKee is a man on the verge of mullet greatness, and you can help him get there. The Humboldt County local, who can be seen driving around Whitethorn in his 1979 Pontiac Trans Am, is a finalist in the men's open division of the 2021 USA Mullet Championships. Asked what sets him apart from the competition, McKee said he lives the mullet lifestyle. “Maybe I have good hair but I don’t think that’s the only thing,” he said. “I like to do burnouts, listen to glam rock, and just have some wholesome fun.” Eureka Times-Standard

The mullet champ is to be decided by public ballot. Cast your vote here, once a day, now through Sunday. 👉 MulletChamp.com 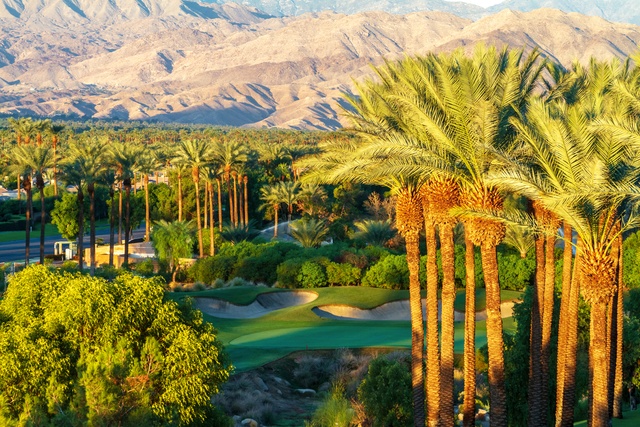 A golf course in the Coachella Valley.

On the west side of the Coachella Valley there are lush golf courses, misters spraying from palm trees, and a concert series called Splash House that features a poolside stage. On the east side is a checkerboard of crops interspersed with sun-bleached trailers, homes for the people who work those fields and clean the pools and hotel rooms farther west. With video, graphics, and text, ProPublica produced a cinematic portrait of how the so-called climate gap is playing out in one of California's hottest regions. ProPublica

The legal troubles of Jacob Wohl, a right-wing provocateur from Los Angeles, mounted Tuesday as the Federal Communications Commission proposed handing him and an accomplice its biggest-ever robocalling fine. The agency wants Wohl and Jack Burkman to pay $5.1 million for making more than 1,100 unlawful robocalls that, prosecutors say, aimed to dissuade Black people from voting by mail in the run-up to the 2020 presidential election. On Tuesday, Wohl said the Biden administration was trying to distract attention from Afghanistan. Washington Post | NBC News 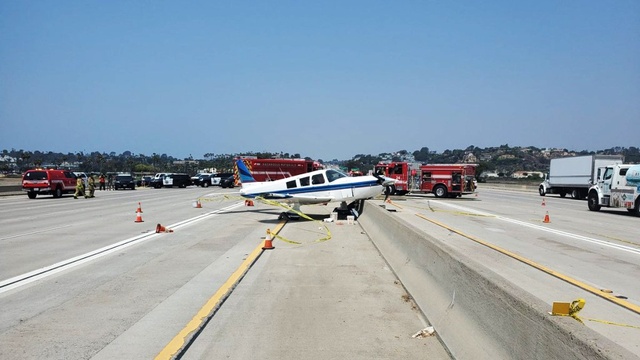 The plane came to a stop on the I-5 near Del Mar.

The pilot of a small plane made an emergency landing on the I-5 in San Diego on Tuesday, colliding with several vehicles. Everybody was fine, aside from some minor injuries and frayed nerves. The plane, a single-engine Piper PA-32 aircraft, sent up a puff of smoke and rolled to a stop against a center divider, witnesses said. A motorist who saw the landing called it a "miracle." S.D. Union-Tribune | KPBS 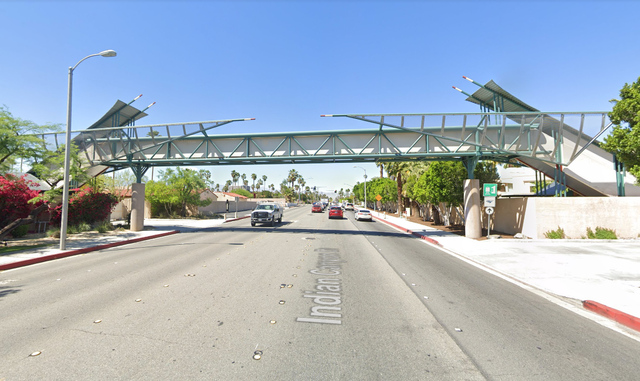 Fun fact: There's a footbridge across a busy road in Palm Springs that connects two parts of a nudist resort. Known as the Naked Bridge, it includes canvas panels to shield the prying eyes of motorists. News of its debut in 2003 became fodder for international headlines and jokes on late-night talk shows. Jay Leno imagined being a bridge toll collector: "Hey, this quarter’s warm." Some embraced an alternative nickname: The Bridge of Thighs. Atlas Obscura | Desert Sun