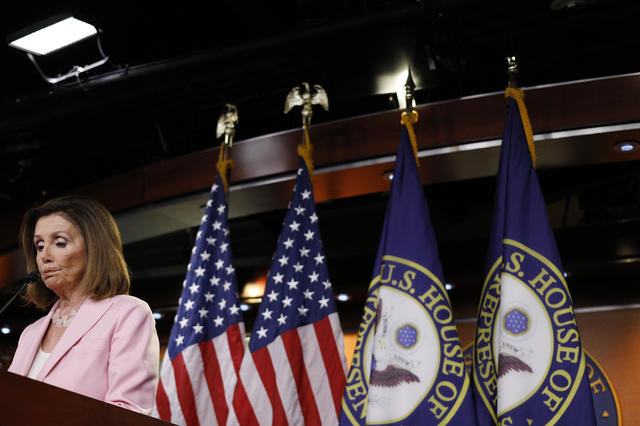 Pressure mounted on leading California Democrats over allegations that President Trump leaned on the Ukrainian government to help damage a political rival. Speaker Nancy Pelosi hinted that impeachment was back on the table as she warned of "a grave new chapter of lawlessness."

Adam Schiff, chairman of the House Intelligence Committee, said the reports, if true, "would be the most profound violation of the presidential oath of office certainly during this presidency." He added: "We very well may have crossed the Rubicon here." N.Y. Times | Washington Post

Roughly 40 percent of greenhouse gases in California come from transportation, with most of the pollutants coming from passenger vehicles — and they're going up, not down. Part of the problem: People are fleeing further from their jobs in search of cheaper housing, creating a growing army of supercommuters. "We are our own worst enemies in this climate," an environmentalist said. S.F. Chronicle

"How decades of L.A. smog led to California's war with Trump over car pollution." Washington Post 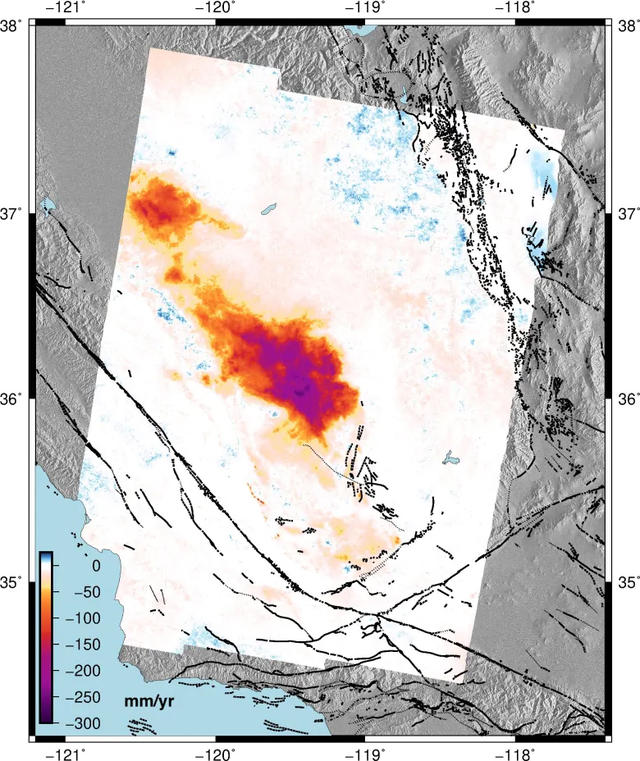 A map depicts sinking in the San Joaquin Valley in 2017. The darker the color, the worse it is.

A century of groundwater pumping in the Central Valley is leaving the water dangerously polluted with arsenic. Why? As water is sucked up, the sinking earth acts like the squeezing of a sponge, pressing contaminants out of the soil and into the groundwater. A study found that areas with severe sinking have triple the risk of arsenic-tainted water. CBC News 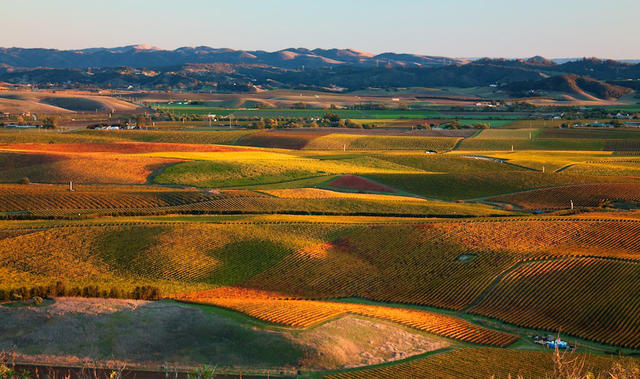 The autumnal equinox, when daylight and darkness are in near-perfect harmony, is today. Sunset magazine has a nice selection of 18 fall getaways across California, including colorful mountain towns, low-key beach getaways, and under-the-radar wine regions — like Edna Valley, pictured above. Sunset magazine

There are nearly 4,000 homeless people in San Francisco suffering from mental illness and addiction. A couple weeks ago, a woman was walking to work when a man sexually assaulted her near the Museum of Modern Art, the latest outrage in what columnist Heather Knight called "a stew of street misery and bureaucratic ineffectiveness just waiting to boil over."

One of the most disheartening elements of the crime, she added, was that no one on a street bustling with pedestrians offered to help the victim. "It seems in San Francisco these days, a woman being assaulted by a deranged man isn't even worth a second glance." S.F. Chronicle 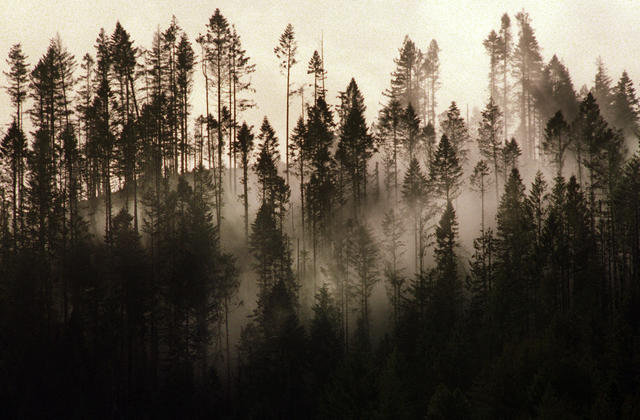 Preserving Humboldt County's forests has been an animating cause for environmentalists.

"We can't afford to lose these forests."

The timber wars have been flaring up again in Humboldt County. Activists have built platforms in forest canopies and lived there for months. They've blocked logging roads and chained themselves to bulldozers. The Intercept created a short film about the new generation of radical environmental activists fighting to save trees in the Mattole Valley. It includes some gorgeous scenery. The Intercept (10 mins)

"I have seen an increase of people in tech feeling more hopeless. They often say, 'I don't know if my job is helping anybody.'"

Depressed by the world and their role in it, tech workers across Silicon Valley are going to therapy. Meeting the demand are startups that emphasize on-demand care, therapy metrics, and matching therapists with clients with the tools of online dating. N.Y. Times 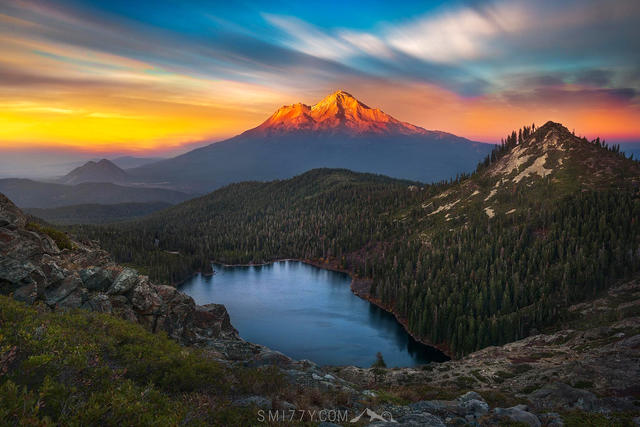 Mount Shasta isn't the tallest mountain in the West, but it's among the most awe-inspiring. Rising, as the poet Joaquin Miller put it, "lonely as God, and white as a winter moon," it towers more than 5,000 feet above its tallest neighbor, making it visible from 100 miles. Another distinction: It's ranked by the U.S.G.S. as the fifth most threatening volcano in America. The next explosion is not a matter of if, but when. SummitPost | SFGate.com

Mount Shasta is one of the best places in the world to see awesome UFO-like clouds. California Sun 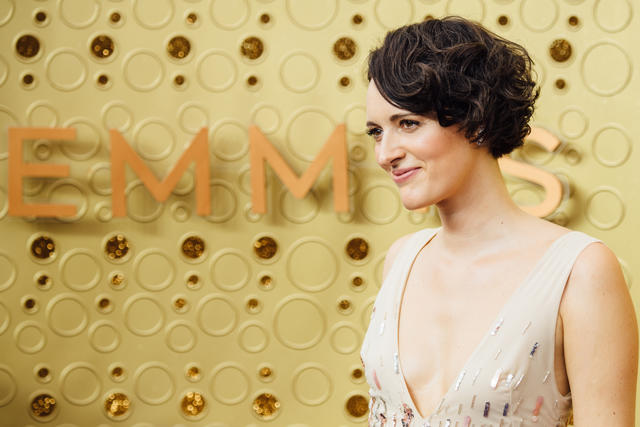 Phoebe Waller-Bridge, the creator of “Fleabag,” won three Emmys on the night.

At the 2019 Emmys in Los Angeles, HBO's "Game of Thrones" took the top drama honor, while Amazon's "Fleabag" won best comedy. A few other highlights: 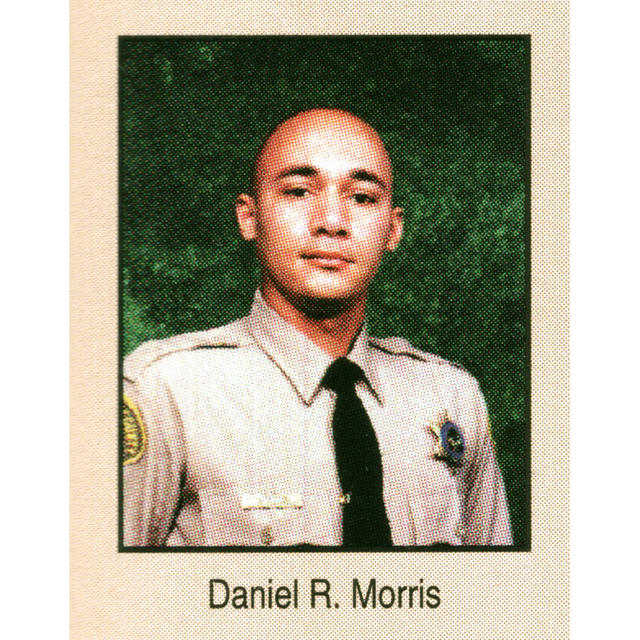 Thanks to a new transparency law, it was revealed that a Los Angeles County sheriff’s detective got a lengthy suspension for dishonesty after he punched a suspect and lied about it. Yet he testified in more than 30 criminal cases without jurors, judges, or defense attorneys being notified of that history. Now those cases could be upended. L.A. Times 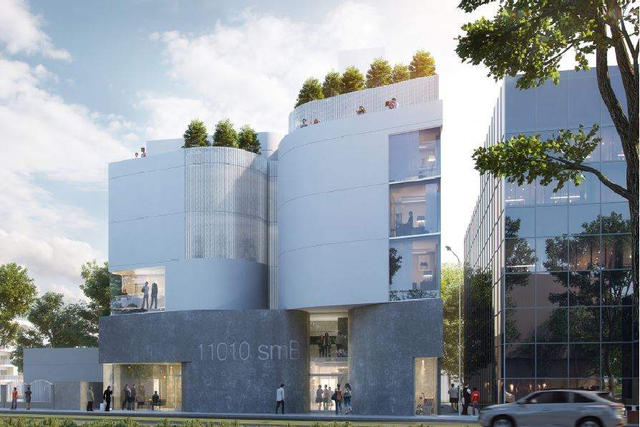 A rendering of an affordable housing project in West Los Angeles that is in line for $7 million in funding.

Los Angeles lawmakers are getting ready to dole out $336 million to help build nearly 3,000 affordable apartments for homeless people. The money comes from a bond measure overwhelmingly approved by voters in 2016. "We have a huge crisis," a council member said. "We need to build everywhere." Curbed Los Angeles

A charity that has been feeding homeless people at a Palm Springs park for years shut down operations after the city told them they were in violation of a city ordinance. "We even had to turn away a couple with kids," the group's founder said. A city official said the park had been overrun by drug use and "criminal activity." Desert Sun 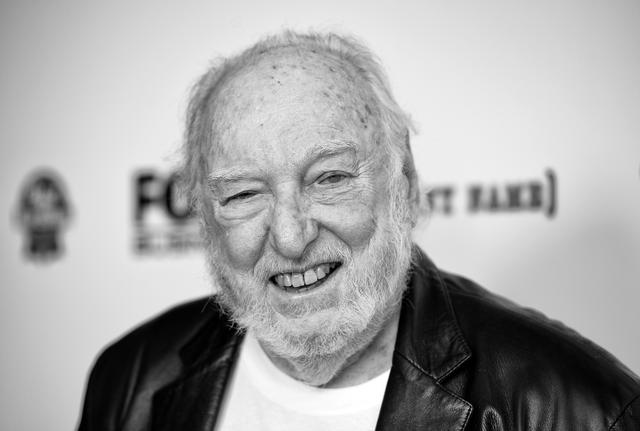 Acquiring music used to be communal, and the gathering place was known as Tower Records. It was on this week in 1925 that Russ Solomon, the man who revolutionized the way people bought music, was born in Sacramento.

As a teenager in the 1940s, Solomon sold used jukebox records out of his father's drug store. From there, under the slogan "No music, no life," he grew Tower Records into a billion-dollar business with locations on four continents.

Sprawling stores offered a feast of LPs and CDs with young, opinionated workers at the ready with recommendations. The San Francisco Tower Records was touted as "the largest records store in the known world." The location on the Sunset Strip in West Hollywood became a tourist mecca. Elton John was a regular. Mick Jagger dropped by. 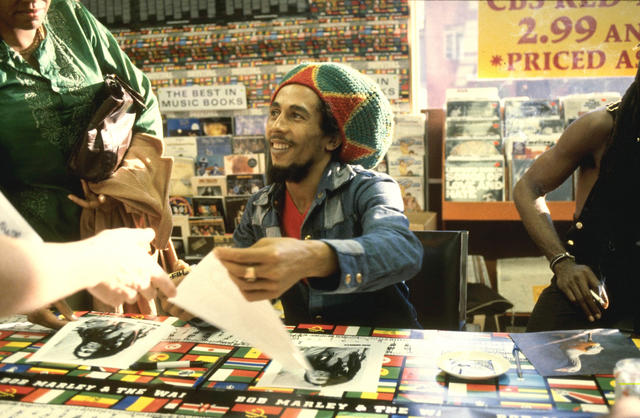 Bob Marley signed autographs at the Tower Records in West Hollywood in 1979.

Yet Tower Records was more than a record store. As one writer put it: "It was a musical rite of passage. It's where kids graduated to die-hard music fans."

Then came Napster. As American consumer habits shifted, CD sales plummeted from 943 million in 2000 to 52 million last year. By 2006, Tower was forced to close. "The fat lady has sung," Solomon said in a note to employees. "She was off-key."

Solomon remained busy in the last chapter of his life, starting another small record store in Sacramento and doing portrait photography. He died of a heart attack last year at the age of 92. At the time, according to his son, he was enjoying a whiskey and making a smart-aleck remark about someone's outfit while watching the Academy Awards. Sacramento Bee | Flashbak