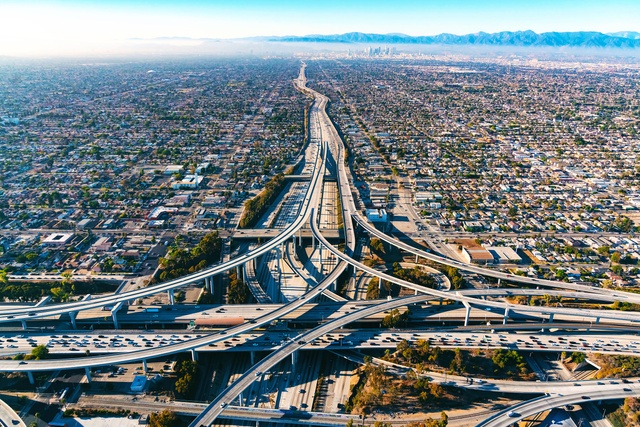 In Los Angeles County, the exit rate rose and the arrival rate fell since the start of the pandemic.

A new analysis found little evidence of a pronounced exodus from California during the pandemic. But the state's population loss accelerated as arrivals from out of state plummeted by 38%, the report by the California Policy Lab found. Every county in the state saw steep declines of entrances, but nowhere more than San Francisco, where the drop was 53%. In Los Angeles County, it was 40%. L.A. Times | Mercury News

California State University, the country's largest four-year university system, signaled that it will drop the SAT and ACT as an admissions requirement, adopting the position that the tests are a barrier to diversity. An advisory council made the recommendation after hearing concerns from some faculty who defended the scores as useful measures of readiness. Ultimately, said Robert Collins, the Academic Senate chair, there were more minuses than pluses: “The bias outweighs the benefits.” L.A. Times

A year ago, Gov. Gavin Newsom's political career was in the doldrums after he was caught attending a maskless dinner at the French Laundry. Now he is back with a progressive fury. On the talk-show circuit last week, he criticized red states by name over their coronavirus policies. Then he inserted California into a red-state-blue-state fight over a Supreme Court ruling that preserved Texas' abortion law. "Newsom still dismisses talk of White House ambitions, as was the case last week," Politico wrote, "but his actions often suggest otherwise." 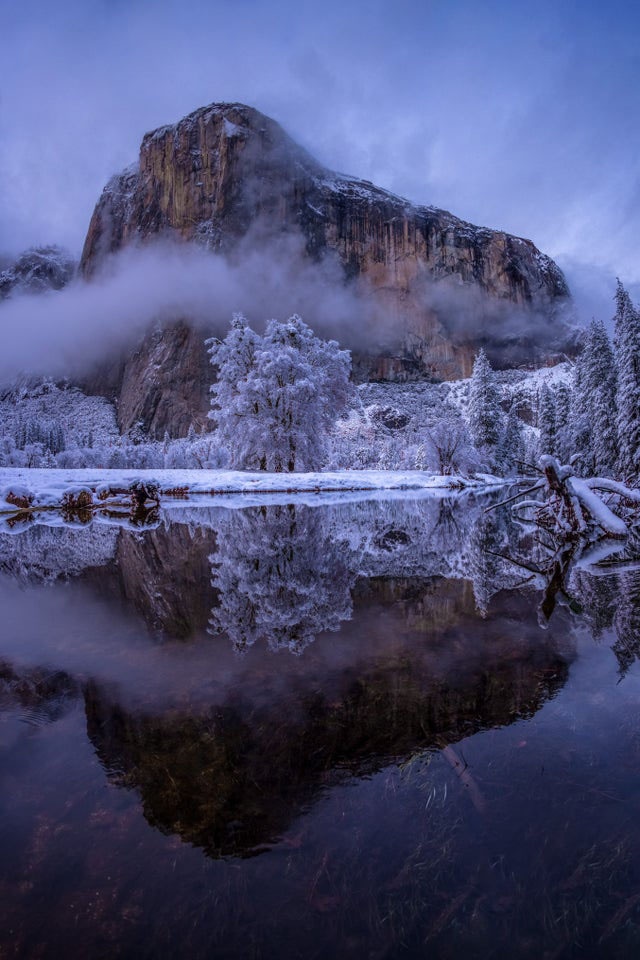 "I must return to the mountains — to Yosemite. ... I must start for the great temple to listen to the winter songs and sermons preached and sung only there."
— John Muir

Yosemite is looking magnificent after snow blanketed the valley over the last week. A valley photographer, RJ Franklin, captured the picture above during a break in the weather on Tuesday. See a live shot of El Capitan. 👉 Yosemite.com

Since 2011, the San Francisco park agency's head ranger has collected $1 million in overtime. According to payroll records, Marcus Santiago logged an astounding 1,720 overtime hours in 2020, meaning he worked an average of 76 hours a week. That's equivalent to the cumulative overtime of 90 typical parks employees, wrote Mission Local's Joe Eskanazi: "And everybody in a position to do something about this already knows. And long has." 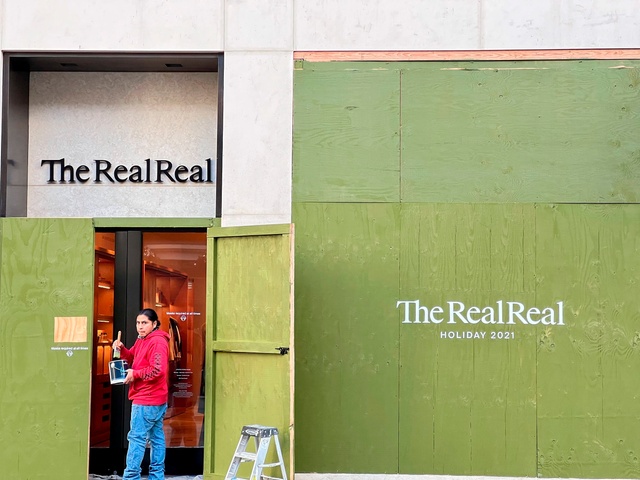 The RealReal boarded up its windows in San Francisco's Union Square on Nov. 25.

An L.A. Times analysis of retail crime data included a startling admission from California's leading retail industry group, which has claimed that San Francisco and Oakland alone lose $3.6 billion a year to organized crime. Asked how that number was reached, a staffer cited a back-of-the-napkin calculation: If national losses to organized retail theft are $70 billion a year, then the figure for the Bay Area “is likely in the billions itself.” One problem: That $70 billion figure is wildly inflated.

Authorities announced the arrests of six men accused in a yearlong robbery spree that targeted more than 100 Asian women in the Bay Area. The suspects were charged with hate crimes, among other counts, said Santa Clara County District Attorney Jeff Rosen. “They targeted Asian women," he said. "They thought Asian women don’t use banks and they also made some other ethnic slurs against Asians which I won't repeat here." KTVU | Bay Area News Group 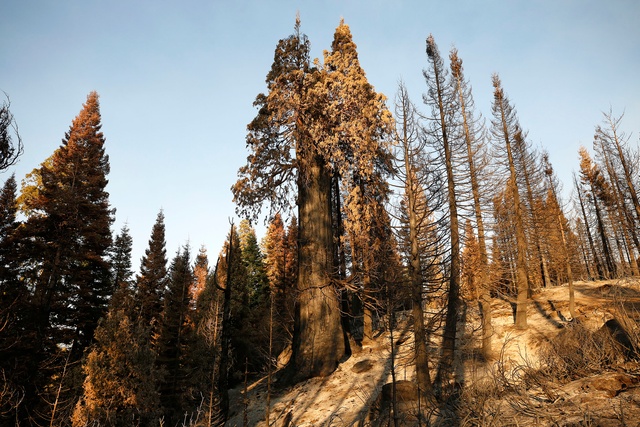 The charred landscape of Alder Creek Grove after the 2020 Castle fire.

Scientific American made a short documentary about fire devastation within the Giant Sequoia National Monument. It's been estimated that up to 14% of the world's mature giant sequoias died in the 2020 Castle Fire. The film follows two UC Berkeley scientists, Linnea Hardlund and Alexis Bernal, as they survey the damage. At one point, Bernal rejects the idea that nature is just working itself out. "This is on us," she says. "We did this."

A coalition of housing, labor, and progressive activist groups in Los Angeles plan to file paperwork Thursday for a ballot measure that would fund permanent housing for homeless people with a 4% tax on property sales over $5 million. That means the tax due on a $5 million home sale, for example, would be $200,000. In a recent poll, majorities of county voters expressed deep frustration over homelessness and a willingness to be taxed to solve the crisis. L.A. Times 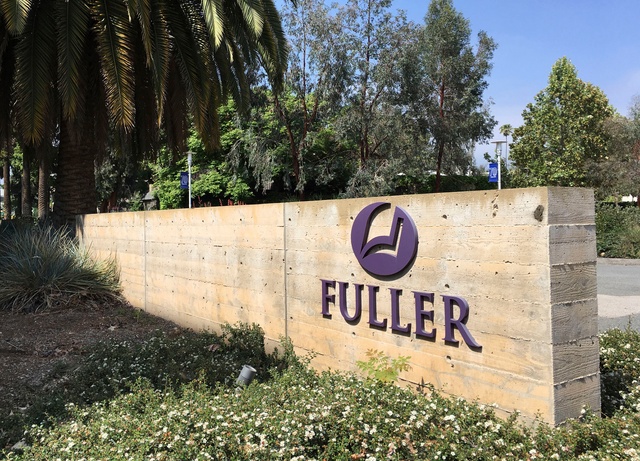 The campus of Fuller Theological Seminary in Pasadena.

The U.S. Court of Appeals for the Ninth Circuit on Monday upheld a Pasadena seminary's expulsion of two students for being in same-sex marriages. The judges said the removal of Nathan Brittsan and Joanna Maxon from Fuller Theological Seminary was permitted under a “religious tenets” exemption in federal nondiscrimination law. In a 2019 L.A. times story about the case, Maxon said she was blindsided by her expulsion. “It was almost a surreal experience," she said. "I couldn’t even talk about it for months." Courthouse News Service

A federal grand jury on Wednesday charged a Houston oil company, Amplify Energy, and two subsidiaries with criminal negligence in the crude spill that fouled the Orange County coast in October. Investigators said the crew on the offshore oil platform failed to properly respond to eight alarms from their leak detection system over a 13-hour period. Instead, the pipeline was shut down after each alarm and then restarted, spewing more oil into the ocean. A.P. | Voice of OC 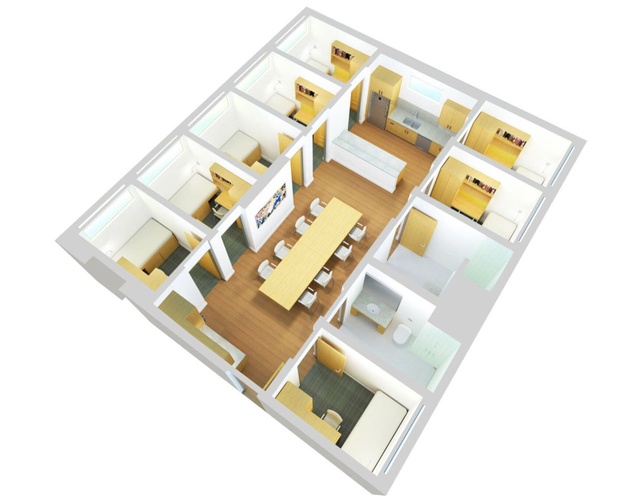 A proposed design for Munger Hall.

Curbed published a list of its 20 most-read stories of 2021. Coming in at No. 6 was a spirited defense of UC Santa Barbara's widely denounced plan for a massive windowless dorm. Choire Sicha praised Munger Hall's private rooms, enormous social spaces, and lack of car parking: "It is time not to just to build this dorm but to build this dorm nearly everywhere, from the housing-hate mean streets of San Francisco to Downtown Los Angeles to the stupid suburbs of Westchester. Mint the coin, build the hive, let’s save the future."