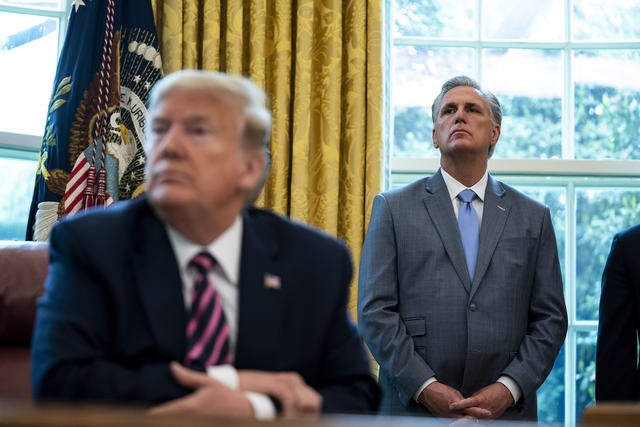 Rep. Kevin McCarthy, the minority leader, has been one of President Trump's staunchest allies.

Californians were poised to lead both parties in the House again after Rep. Kevin McCarthy, a Republican from Bakersfield, was reelected as minority leader on Tuesday. With no plausible rival, Rep. Nancy Pelosi, a Democrat from San Francisco, was expected to be reelected as speaker. But while McCarthy was feeling energized after Republican candidates reduced the Democrats' House advantage, Pelosi faced an intraparty battle between progressives and moderates. N.Y. Times | L.A. Times | A.P.

All 14 of California's majority-Latino counties voted down affirmative action at the ballot box. In Imperial County, the margin of defeat was 16 percentage points. In San Bernardino County, it was 28 points. The results, wrote the N.Y. Times, "suggest that Democrats may need to adjust their strategy as the complexities of class, generation and experience, and the competing desires of these demographic groups become clear." 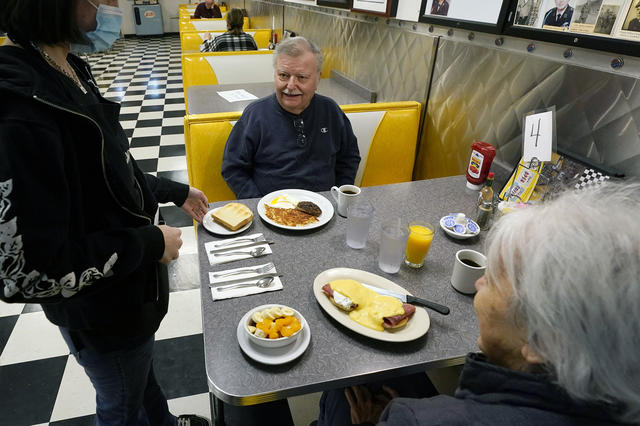 Linda’s Soda Bar and Grill in Yuba City was supposed to be closed on Tuesday.

Some Californians are resisting the Newsom administration's “emergency brake” on reopening. In Tracy, anti-shutdown protesters gathered at City Hall. In Yuba City, restaurants flouted orders to halt indoor dining. And in Fresno County, two supervisors said compliance from businesses would be voluntary. "At the end of the day these viruses end their course," one said. "There’s not a way to stop them." ABC10 | A.P. | Fresno Bee

Pictures emerged on Tuesday from the Nov. 6 dinner party attended by the Newsoms, breathing new life into the scandal. @BillFOXLA

Health officials issued a stricter statewide mask mandate, requiring Californians to wear face-coverings when within six feet of another person outside the home. Among the few exceptions: if you're alone in the car or actively eating. S.F. Chronicle | L.A. Times

A study found that universal mask use could prevent nearly 130,000 American deaths by the end of February. STAT 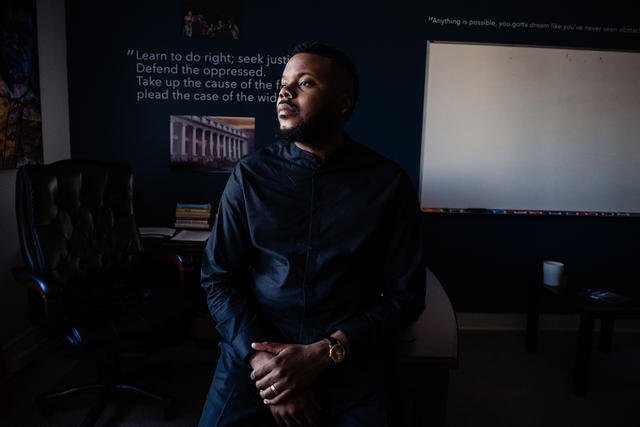 Michael Tubbs was elected as Stockton's first Black and youngest mayor in 2016.

In a stunning upset, Mayor Michael Tubbs of Stockton conceded election defeat to an upstart Republican challenger. Tubbs, elected with 70% of the vote four years ago, was a darling in progressive circles for initiatives such as universal basic income. The L.A. Times said his campaign was hobbled by relentless accusations of corruption from a local blog. The mayor-elect, Kevin Lincoln, is a pastor and former Marine who vowed to tackle homelessness and public safety. Stockton Record | S.F. Chronicle 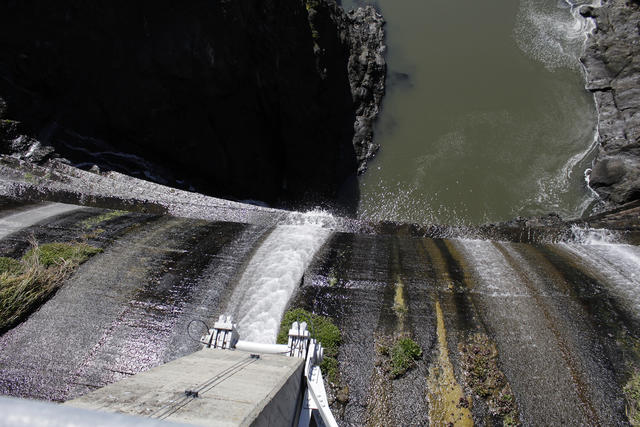 The Copco 1 dam near Hornbrook is one of four dams slated for demolition.

A plan to revive one of the country's most important salmon runs just took a major leap forward. For more than a century, four dams have blocked the Klamath River along the California-Oregon border, upending life for Native American tribes that rely on fishing. A $450 million deal signed Tuesday paves the way to demolish the dams in 2023. “This dam removal is more than just a concrete project coming down," a Yurok leader said. "It’s a new day and a new era.” A.P. | Wild Rivers Outpost

Young workers at ski resorts in Tahoe created a campground community of tiny homes, converted buses, and RVs. After a wildfire damaged the property, they were told they may have to leave. But with winter approaching, few have any place to go. This story offers an interesting glimpse of an alternate lifestyle forged in response to soaring housing costs, and how precarious it can be. SFGate.com 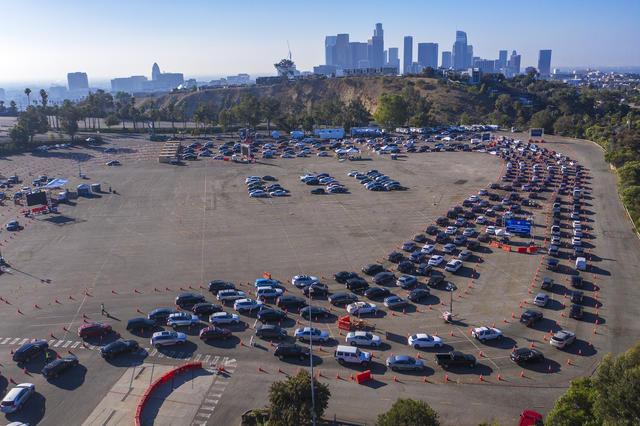 Los Angeles County announced mandatory 10 p.m. closing times for restaurants, bars, retail and other businesses beginning Friday. It also limited outdoor gatherings to no more than 15 people. Daily coronavirus infections in the county have more than doubled in the last two weeks. If it gets much worse, officials said they plan to impose a full-fledged lockdown. A.P. | L.A. Times

In Los Angeles, young people are spreading the disease and old people are dying from it, a county health official said. “To say many lives are at stake is not an exaggeration.” L.A. Times

A man tried to register 8,000 fraudulent votes in a bid to become mayor of the city of Hawthorne, prosecutors said on Tuesday. Carlos Antonio De Bourbon Montenegro, 53, faces more than 15 years in prison if convicted. An election official said the case illustrated how hard it would be to carry out the sort of election fraud President Trump has alleged; it would require misconduct on a massively larger scale to go unnoticed. L.A. Times | CBSLA 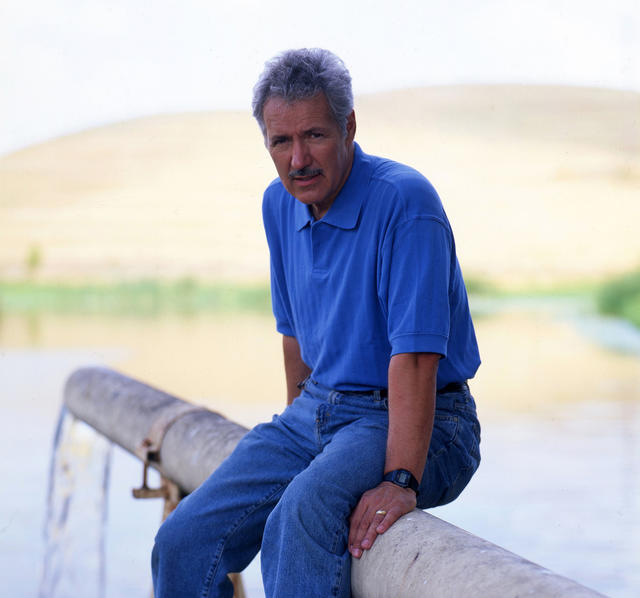 In 1998, Alex Trebek donated 62 acres in the Santa Monica Mountains to Los Angeles to be used as a wildlife corridor and public space. The property that became Trebek Open Space was worth roughly $2 million. Now valued at about $25 million, it's said to have amazing views of the city. Los Angeles Magazine

"I feel like his whole life was leading up to that moment."

This video of Tony Hawk driving around San Diego and yelling "Do a kick flip!" at skateboarders is impossible to watch without a smile on your face. 👉 YouTube (6:30 mins) 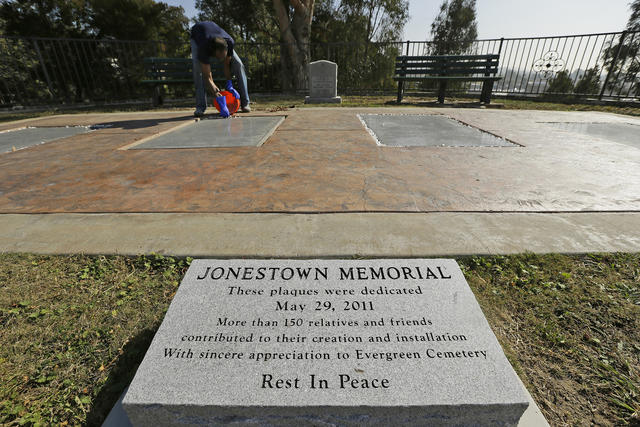 A memorial to the victims of the Jonestown massacre at Evergreen Cemetery in Oakland.

On a quiet hill in east Oakland, a memorial honors a megalomaniac who orchestrated the deaths of more than 900 people.

It was on this day in 1978 that the preacher Jim Jones coerced his followers to drink cyanide-laced punch at his Guyana compound.

Bereaved family members retrieved the remains of roughly half of the victims. But many others went unclaimed by families ashamed of their link to a deadly cult. In an act of compassion, the owner of Oakland’s Evergreen Cemetery volunteered to bury roughly 400 of the bodies. Plans for a memorial at the site stalled until 2011, when a series of granite plaques were dedicated, listing the names of the 918 who died in Jonestown.

Included, in alphabetical order and with no disclaimer, was “James Warren Jones.” The creators of the memorial defended the inclusion on the grounds of historical accuracy. But some family members of victims were appalled. To include Jones, one said, was tantamount to having Osama bin Laden on a Sept. 11 memorial. A legal effort to remove the preacher's name failed in court.

For now, it remains, a reminder that even in death the victims of Jonestown are not quite free of Jim Jones.

An earlier version of this newsletter misstated the year when four dams are expected to be demolished along the Klamath River. It's 2023, not 2013.