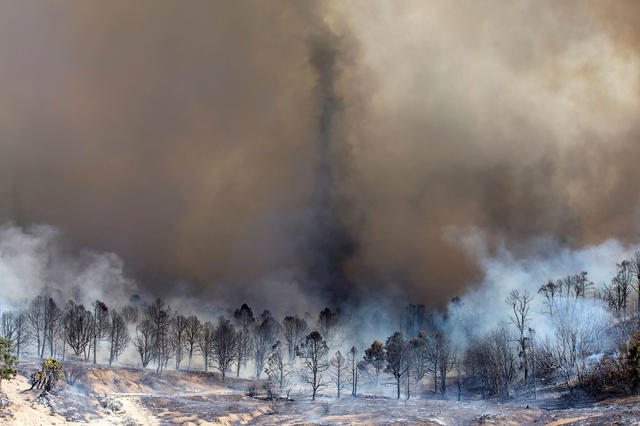 Smoke rose from a wildfire east of Los Angeles in 2016.

A reporting team analyzed 5,000 communities across 11 western states. Of communities with fewer than 15,000 people, 526 face a wildfire potential greater than that of Paradise. Of those, 125 also have a higher percentage of elderly residents. Plotted on a map of California, they form a cluster along the northern Sierra foothills. You can look up the hazard level in your community. Arizona Republic/USA TODAY

Peak fire season is near and the federal government is short hundreds of firefighters, thanks in part to the government shutdown. L.A. Times

California parents opposed to vaccinations appear to be rushing toward home-schooling. The 2016 state law requiring that school kids be up to date on their immunizations does not apply to those schooled at home. An analysis found that the number of home-schooled kindergartners without their shots had quadrupled in three years, rising from 1,880 to 6,741. L.A. Times 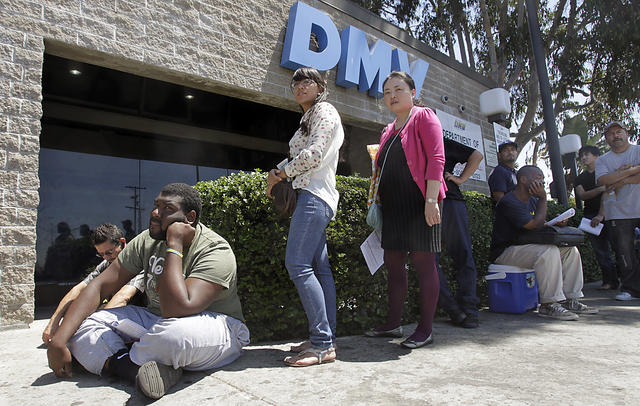 Gov. Gavin Newsom appointed an IT expert to lead California's beleaguered DMV, its third director in a year. The agency has faced outrage over hourslong wait lines, a headache not likely to improve soon. Next year, a surge of people will be looking to get the new REAL IDs required for air travel. "This is going to take a few years," Newsom said. "Next year will be tough." A.P. | Sacramento Bee

In remarks to young supporters, President Trump falsely claimed that unauthorized immigrants vote in large numbers in California. "Those numbers in California and numerous other states, they're rigged," he said. "You've got people voting who shouldn't be voting. They vote many times, not just twice, not just three times." Studies have shown that voter fraud is very rare in the U.S., and there's been no evidence of widespread fraud in California. Trump lost the state by 4.3 million votes in 2016. N.Y. Times | Washington Post

The undulating gait of the Motyxia millipede.

Along the forest floor of the southern Sierra Nevada crawl blind, bioluminescent millipedes that will ooze cyanide if you mess with them. Scientists say the Motyxia millipedes emit their teal glow as a warning to nocturnal predators. "If you sit there on a moonless night, the ground will look like the starry night sky up above from all those millipedes glowing in the dark," an entomologist said. National Geographic | Atlas Obscura 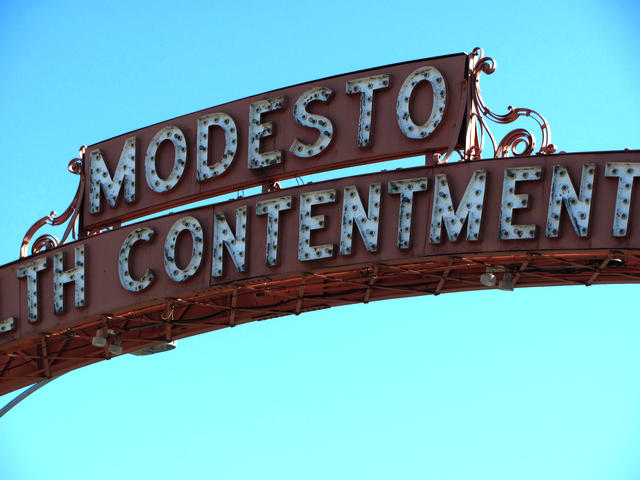 Modesto's motto is emblazoned on an archway leading into the city.

A group is planning to hold a "straight pride" parade in Modesto next month. The National Straight Pride Coalition said its event would be a "celebration of life" that promotes heterosexuality, traditional gender roles, and Christianity. Modesto is still considering the permit application, but a city spokesman said such decisions are based on operational feasibility, not values. Antifa is also expected to show up. Modesto Bee | CBS Sacramento

A 19-year-old Stockton swim coach sent sexually suggestive Snapchat messages to a 13-year-old swimmer he was coaching."You been flaking on me. Now basically I have your (vagina) ha ha ha," he wrote in one message. "...Lol. Eh. I need a cuddle partner!!" USA Swimming's response? A warning. O.C. Register 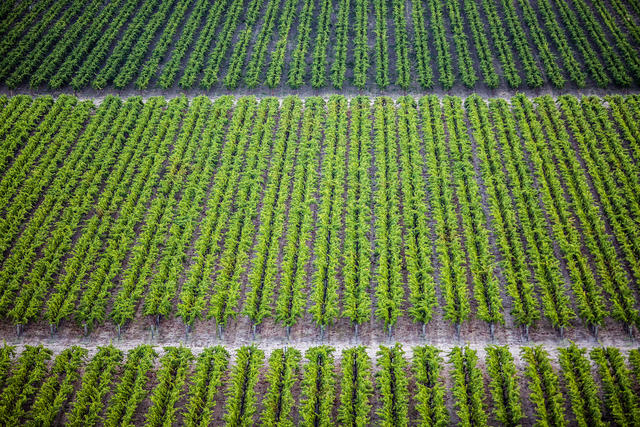 Rows of vines in Napa Valley.

Napa Valley vintners who have spent years building relationships with China are now seeing their work undone by the tit-for-tat tariffs coming out of Washington and Beijing. China's latest round of retaliatory tariffs put the combined tax rate on a bottle of American wine at 93 percent. Even basketball icon Yao Ming, who has a winery in St. Helena, is not immune. His export business has dropped by half. Bloomberg

BART is getting ridiculed over proposed changes to its fare gates. Likened to an "inverted guillotine," a prototype features metal plates shaped like shark fins that jut upward when the gates close as a defense against fare cheats. "I've encountered a lot of hostile design, but this one really takes the cake," a design writer said. KQED 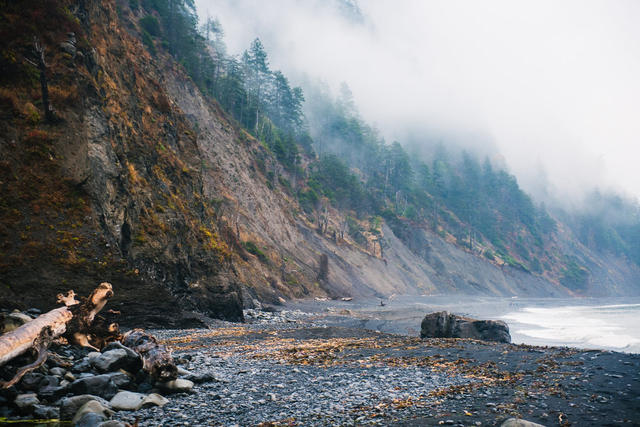 The Lost Coast is the longest stretch of undeveloped beachfront in the continental U.S.

Big Sur may be overrun with tourists, but an arguably more spectacular section of coast remains off many travelers' radar. That's because the Lost Coast can be as forbidding as it is beautiful. So steep is the land's rise from the Pacific that the engineers of PCH deemed the route hopeless, choosing instead to veer inland. Now, only two paved roads grant entry. The reward for those who venture in: a sublime wilderness — and nary another soul. Sacramento Bee | Sunset magazine

The Lost Coast town of Petrolia is so protective of its fringe character that residents tried to start their own homegrown currency. Topic 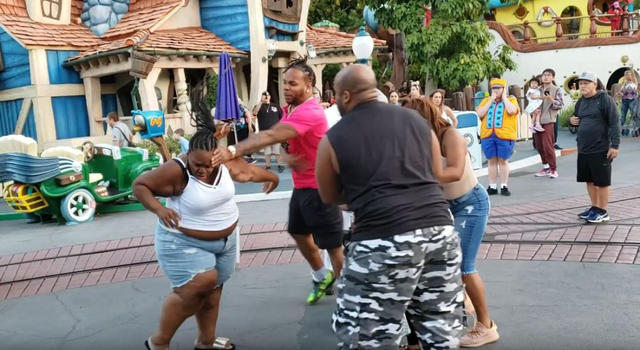 The melee erupted at Disneyland on July 5.

Three members of a family involved in a violent brawl at Disneyland that was captured on video have been charged with crimes. Prosecutors said Avery Robinson, 35, attacked his girlfriend, sister, and brother-in-law, and endangered his child and three other children. He was charged with five felonies and faces the possibility of seven years in prison. O.C. Register | L.A. Times

The Daily Beast dove into the bizarre story of Los Angeles's dine-and-dash dater.

In some ways, Paul Gonzales created the perfect crime. His victims — women lured to fancy dinners then abandoned with the bill — were too humiliated to alert the authorities. Yet he was well known online. He even had fans. Then an enterprising detective began tracking down victims and convincing them to open up. "This guy was not on any police department's radar," the detective said, "yet he was one of the most wanted men in America." Daily Beast 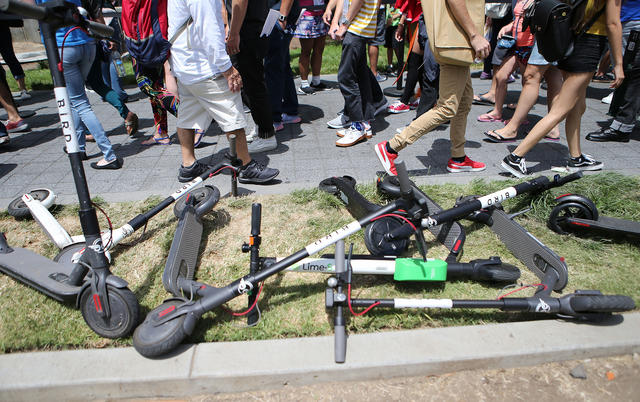 Scooters were strewn on the ground outside Comic-Con in San Diego on July 20.

San Diego isn't messing around with illegally parked scooters. It impounded more than 2,500 of them during the weekend of Comic-Con. "They were tripping hazards," a city official said. Each impounded scooter comes with a $65 fine, meaning the companies collectively owe more than $160,000. KPBS | NBC 7 San Diego

Los Angeles planners have long dreamed of adding a rail line through the Sepulveda Pass that would whisk riders between L.A.'s Westside and the San Fernando Valley in 15 minutes. Now a new cost estimate has revealed that the project would cost significantly more than previously projected: as much as $13.8 billion. The estimate back in 2016 was $5.7 billion. L.A. Times | Curbed Los Angeles 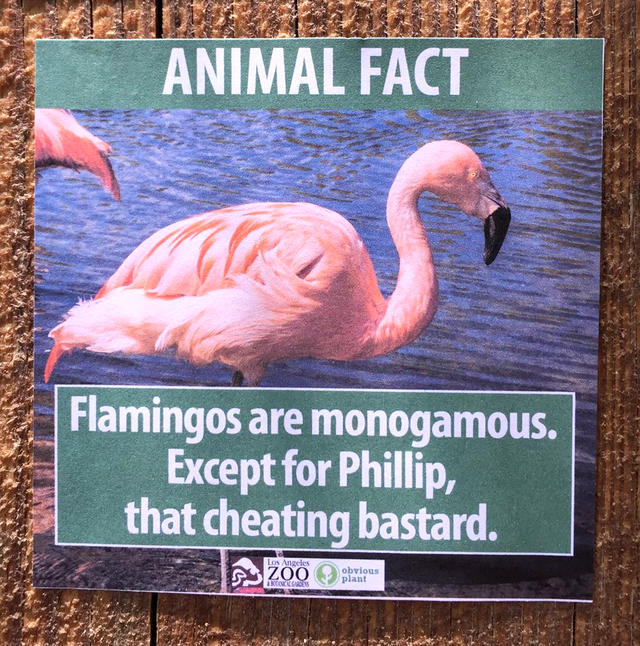 Get it together, Phillip.

"The Southern Crested Screamer can see ghosts. That's why it screams."

"Penguins appear to have tuxedos because they are slowly evolving into 1920s business tycoons. In 30 years they'll have monocles. In 60 years, disdain for the poor."