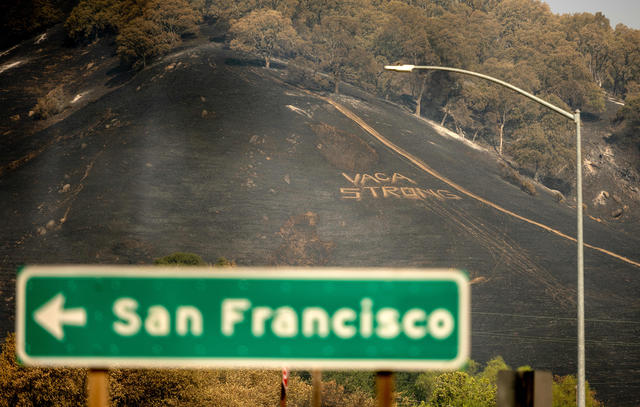 "Vaca Strong" was painted on a burned hillside in Vacaville.

The Bay Area dodged a bullet Monday as a feared barrage of lightning strikes never materialized. Firefighters gained a better handle on each of the three gigantic wildfires laying siege at the edges of the Bay Area. Still, a Cal Fire official said conditions remained dangerous. "Complacency kills," he said. The Guardian | A.P. | S.F. Chronicle

Containment on three biggest blazes as of late Monday: 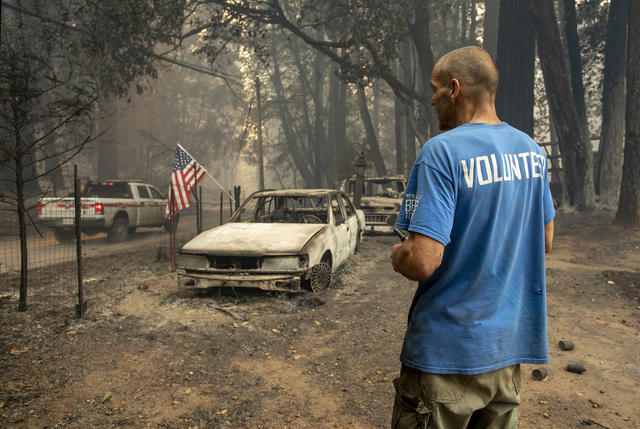 A Bonny Doon man who stayed behind to fight the fire stood on his burned property Friday.

As the CZU Lightning Complex closed in on Bonny Doon in the Santa Cruz Mountains last week, a group of residents defied evacuation orders. They formed a ragtag fire brigade, using bulldozers and tractors to create a firebreak that halted the flames, sometimes within mere feet of homes. "They’re now credited with saving dozens of homes after doing what fire officials and their own families begged them not to: fight the flames themselves." S.F. Chronicle

Gov. Gavin Newsom on Monday stressed the epic scale of the conflagrations sparked by a lightning siege between Aug. 15 and 19. “If I say historic,” he said, “I mean it with purpose and intention.” SFGate.com | Mercury News

Fire scientists on Big Basin Redwoods State Park: Don't worry. Most of the trees will be just fine. Redwoods are amazingly resilient. One survey after similar lightning fires in Santa Cruz County in 2008 and 2009 found that 88% of the redwoods survived and were regrowing within two years. "Anything with a diameter bigger than 3 inches basically survived,” a San Jose State University scientist said. Mercury News | A.P. 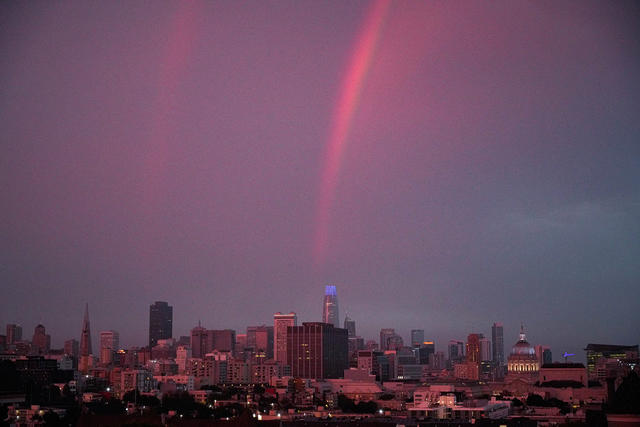 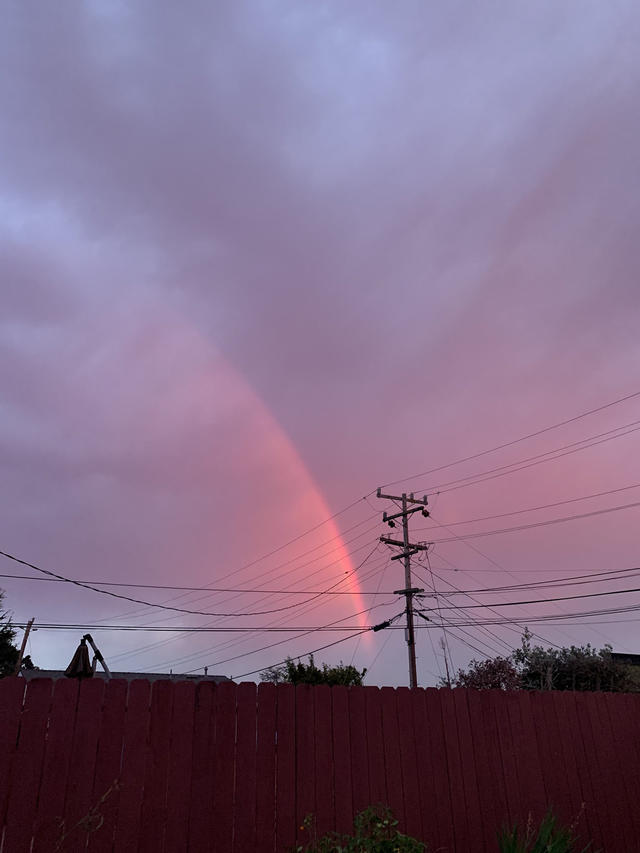 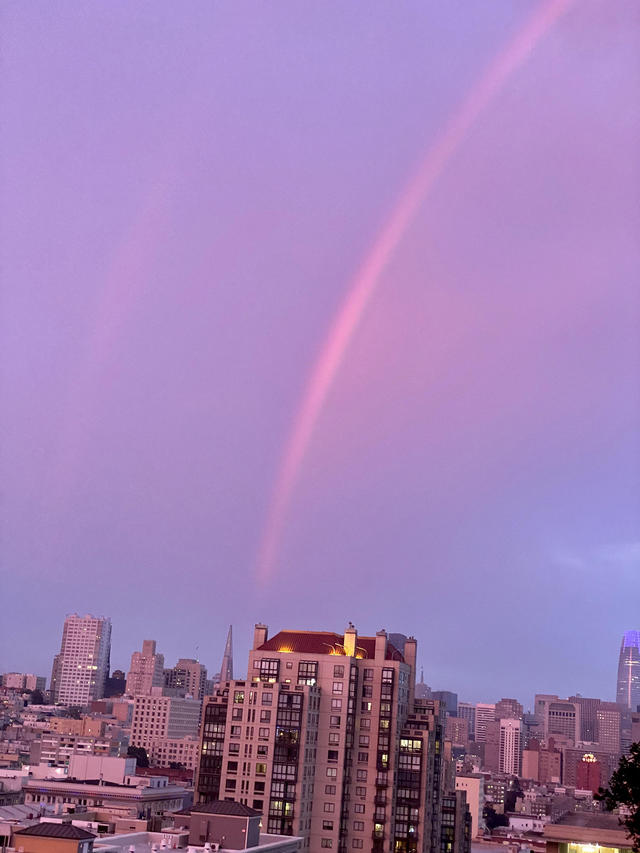 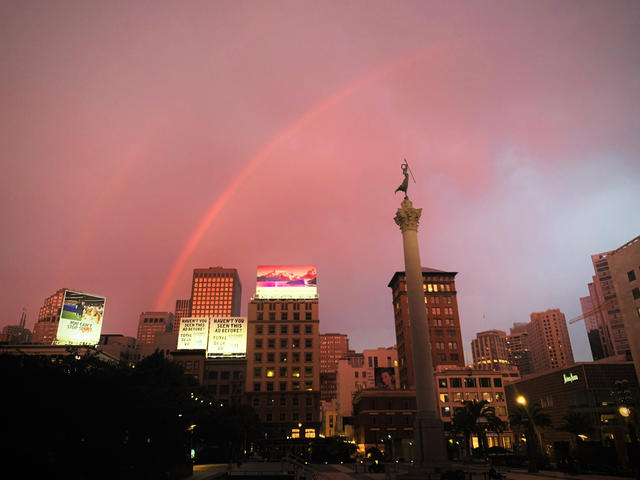 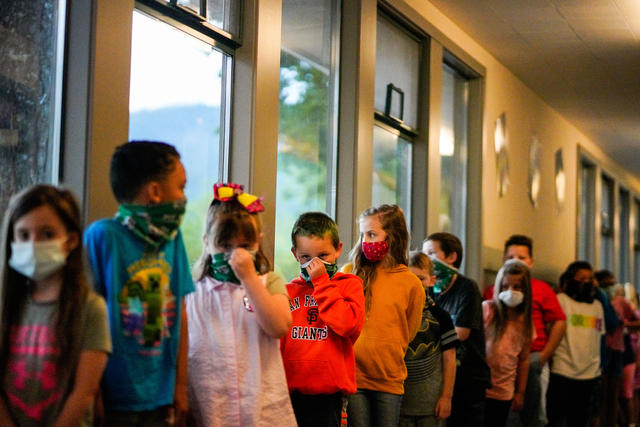 Students lined up for recess at Weaverville Elementary School on the first day of school on Aug. 17.

In rural Northern California, where the coronavirus is scarce, a public school district is trying something extraordinary: Classrooms with children. The experiment with in-person instruction at Trinity Alps Unified School District could serve as a preview for other districts around the state. “We are prepared for, if we get shut down and we quarantine, we will distance learn for 14 days,” Trinity's superintendent said. “Then we will come back to school, and we will do it again, and again, and again.” L.A. Times

Family members of prisoners who die of Covid-19 behind bars are being forced to pay for the remains of their loved ones. Families and advocates say the policy is not only cruel, it discriminates against people who can't afford sudden expenses. “It’s a pretty disgusting policy,” an attorney who represents inmates said. S.F. Chronicle 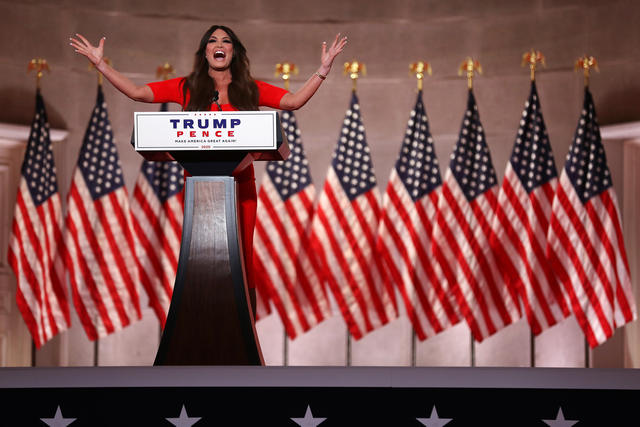 Kimberly Guilfoyle gave her address at the Mellon Auditorium in Washington on Monday.

Delivering a shouty speech at the Republican National Convention on Monday, Gov. Gavin Newsom's ex-wife, Kimberly Guilfoyle, pointed west to illustrate the kind of dystopia America could expect under a Joe Biden presidency: "If you want to see the socialist Biden-Harris future for our country, just take a look at California. It is a place of immense wealth, immeasurable innovation, an immaculate environment. And the Democrats turned it into a land of discarded heroin needles in parks, riots in streets, and blackouts in homes." Sacramento Bee | The Hill

California's Supreme Court overturned the death penalty for Scott Peterson, the Modesto man found guilty of killing his wife, Laci, and their unborn son in 2002. Peterson's murder conviction was upheld, but the judges said a trial judge erred by dismissing jurors who opposed capital punishment without asking if they could put their views aside. Modesto Bee | A.P.

A Vice investigation last year revealed that California's DMV is making $50 million a year selling drivers' data. Now they've uncovered who is paying for the information: among thousands of buyers are bail bondsmen and private investigators. A lawmaker called the sales "an appalling betrayal of the public’s trust." Vice 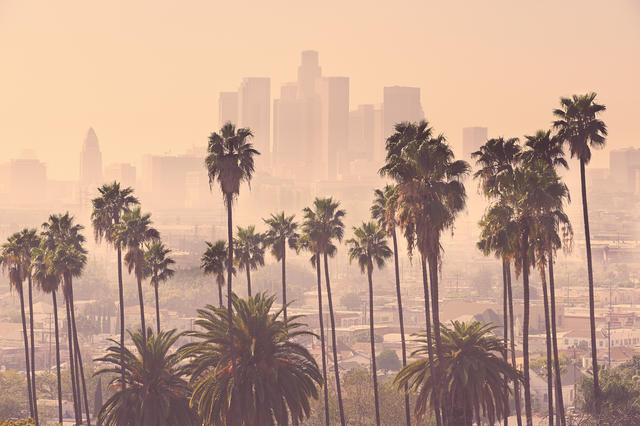 Summers have been getting hotter in Los Angeles.

A N.Y. Times analysis found that neighborhoods that were once redlined, or deemed an investment risk because residents were Black, tend to be significantly hotter in the summer, with few trees and lots of heat-trapping pavement. It holds true in Los Angeles, where redlined neighborhoods are now roughly 8 degrees hotter than neighborhoods whose real estate was designated safest. N.Y. Times

On Friday, the U.S. border agency announced that it would slow northbound traffic at the U.S.-Mexico border to disrupt the spread of the coronavirus and make people “think twice” about crossing. Now wait times are exceeding 10 hours. Cars are running out of gas. Workers are missing entire shifts. An 87-year-old woman died of a heart attack while waiting in her car. S.D. Union-Tribune