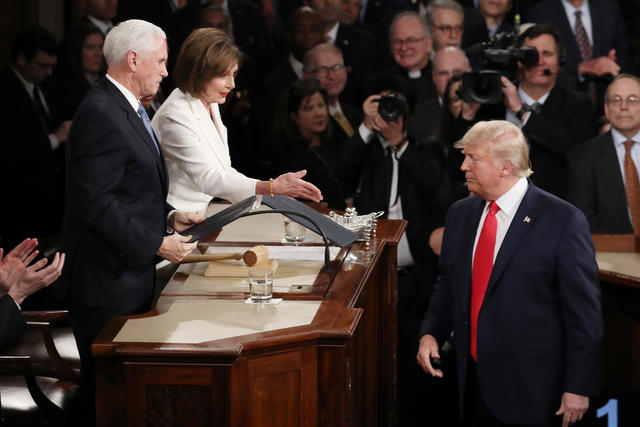 President Trump, picking up a favorite theme, assailed California's sanctuary law during his State of the Union address on Tuesday. He cited the case of twice-deported man who went on a violent rampage in Tulare County in 2018, leaving a man dead. The suspect, Gustavo Garcia, had been released from jail days earlier, an outcome the county sheriff blamed on sanctuary policies. Among Trump's guests at the Capitol was the dead man's brother. Sacramento Bee | A.P.

Rent control will be on the ballot again in November. In 2018, voters soundly rejected a proposition that would let cities set new limits on rents. Two years later — and two years deeper into the state's housing crisis — tenant advocates are hoping that attitudes have shifted. "This will be a much different electorate," a proponent of the new measure said. "It's going to be younger, it's going to be more people of color and more liberal." S.F. Business Times | Curbed Los Angeles

If California wants to reach net-zero emissions by 2045, the strategy will have to involve not just cutting emissions but capturing and storing them at a cost of up to $14 billion a year. That's the conclusion of a study by Lawrence Livermore National Laboratory. One proposal: giant vacuums that suck carbon dioxide from the sky. Ars Technica | Bloomberg 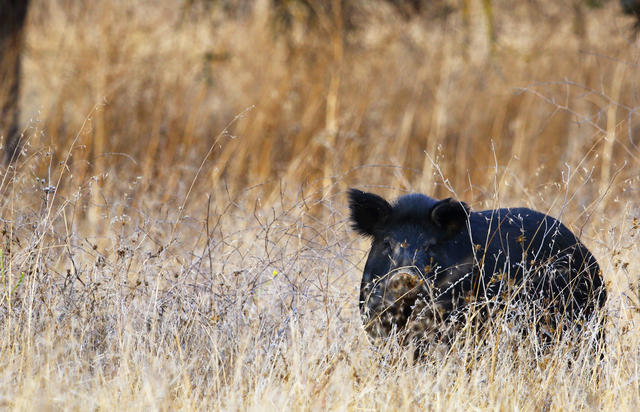 Since the 1960s, California's feral pig population has exploded from roughly 100 to more than 300,000. They aren't welcome. The snouty, 200-pound animals have ravenous appetites and compete with native wildlife for food. They tear up lawns, rip through farms, and sometimes kill pets. The state lets you hunt them any time you like. Bay Nature | SFGATE 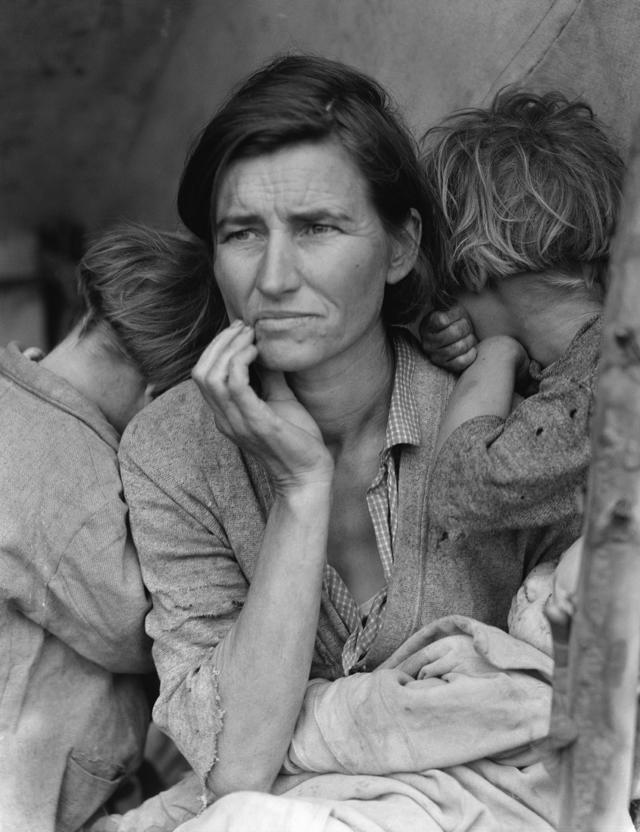 Here's a surprisingly gripping account of how Dorothea Lange captured her most iconic image, above, in 1936. Lange had been hired by the government during the Great Depression with a singular purpose: to create images of poor rural workers that could be used to elicit public support for aid programs.

After a long day of shooting, she happened upon a camp of field workers in Nipomo and stopped for a look. There, she encountered Florence Thompson, whose worry-etched face would become synonymous of American poverty. But, as Evan Puschak of the popular "Nerdwriter" web series explains, the image was carefully choreographed. "It's supposed to communicate a candid truth about the moment, Puschak said. "But this is anything but candid." YouTube (~7 mins) | Popular Photography 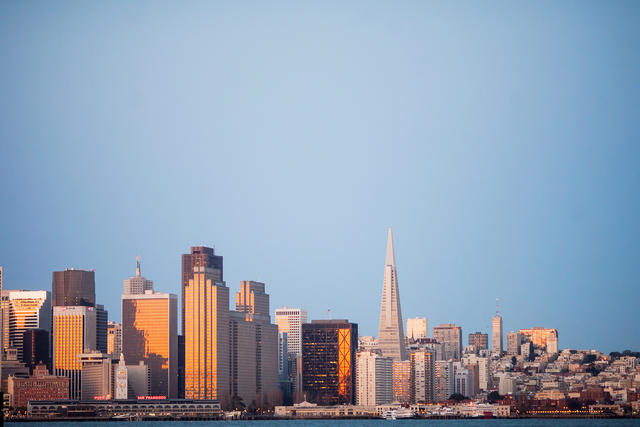 The Transamerica Pyramid in 2012, when it was still the tallest building in San Francisco.

The Transamerica Pyramid, the definitive feature of San Francisco's skyline, has sold for the first time in its history to a New York developer. The price: about $700 million. The tower debuted to a mixed reception in 1972. Among its detractors were Herb Caen and an architecture critic who called the tower "the biggest architectural dunce cap in the world." Bloomberg | Curbed San Francisco

In a case that has riveted California's Gold Country, a man was found guilty of murdering his wife 29 years ago by trapping her in a bathroom and lighting their Murphys home on fire. Karl Karlsen, 60, collected $200,000 from an insurance policy after her death. Years later, he was convicted of killing his 23-year-old son for another insurance payout. Union Democrat | N.Y. Times

When about 60 homeless people were relocated to a newly built shelter near Santa Rosa, there was concern about tensions with an adjacent retirement community. The problem has been the opposite. A church had to ask people to stop bringing donations: The prefabricated units housing their new neighbors couldn't fit any more gifts. Press Democrat 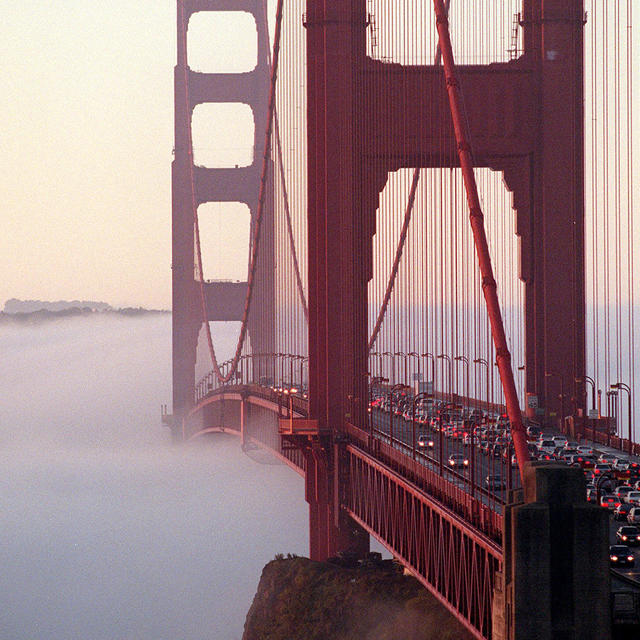 Morning rush hour traffic was backed up on the morning of Feb. 5, 2001.

In a simpler time, on this day in 2001, San Francisco awoke to discover a red Volkswagen Beetle dangling by a cable from the underside of the Golden Gate Bridge. Commuters and bridge officials were confounded by the same question: How? The prank, it turned out, was orchestrated by Canadian engineering students. First, a cable was attached to girders beneath the bridge. Then, under cover of night, a dozen figures emerged from a moving truck, clipped the car shell to the cable, and flung it from the bridge — all in a matter of minutes. The result was a huge traffic jam, halted ship traffic under the bridge, and infuriated city officials. For connoisseurs of a well-executed prank, it was legendary. Maclean's magazine | Popular Science

In November, the secretary of the Navy was fired over his handling of Navy SEAL Chief Edward Gallagher's war crimes case. Now the commander of the Navy Seals is stepping down. Rear Adm. Collin Green had made it a priority to restore what he called "good order and discipline" to the SEAL teams and he moved to expel Gallagher. That put him at odds with one of Gallagher's biggest supporters: President Trump. The Intercept 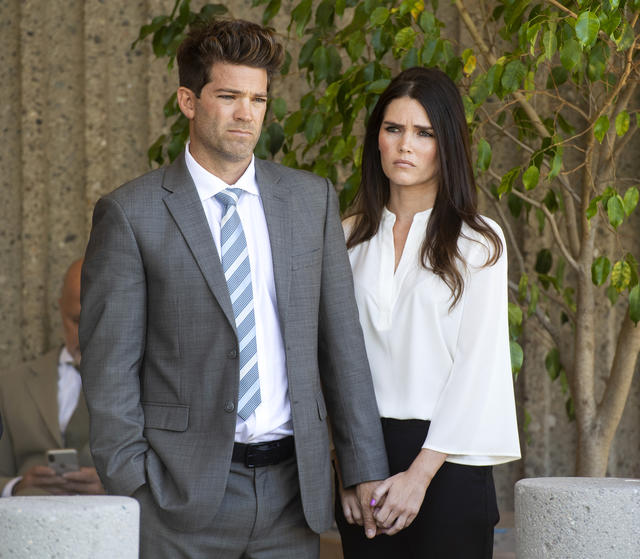 Dr. Grant Robicheaux and his girlfriend Cerissa Riley denied the accusations against them.

The accusations against a Newport Beach surgeon and his girlfriend were horrifying: that they were prolific predators who had drugged and sexually assaulted possibly hundreds of women. Two years later, all charges against Dr. Grant Robicheaux and Cerissa Riley are being dropped. Orange County's new district attorney now says no evidence has been found to support the accusations made by his predecessor, whom he accused of ginning up the case as part of a reelection bid. Daily Pilot | NBC News 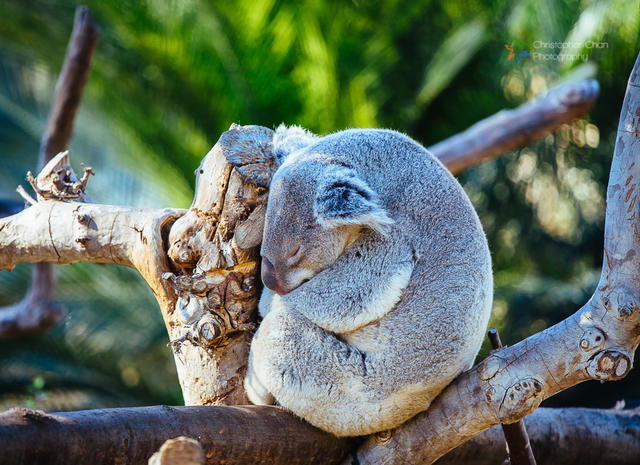 A sleepy koala at the San Diego Zoo.

Fun fact: The San Diego Zoo has the largest colony of koalas outside of Australia, with 20 living at the zoo and more than 30 on loan to other zoos. The first pair, Snugglepot and Cuddlepie, arrived in 1925 and became immediate celebrities. The population grew thanks to one of the world's most successful breeding programs. The zoo has been helping out with the koala recovery effort in Australia, where rampaging brushfires have threatened the animals. San Diego Zoo | S.D. Union-Tribune

You can watch the San Diego koalas 24/7 on the Koala Cam.