👆This eye-opening animation shows U.S. Drought Monitor maps from January of 2000 to the present month.

A climate scientist at the Union of Concerned Scientists offered a point of comparison: In June of the second year of the last drought, which began in 2012, none of California was experiencing "extreme drought." Right now, in the second year of the current drought, 85% of California is experiencing "extreme drought" or worse. And the hottest months are still to come.

Tree rings provide glimpses into droughts of the distant past: When widely spaced they indicate periods of wet soil, and when tightly spaced they indicate dry soil. Scientists who analyzed more than 1,500 tree-ring timelines across the American West found that the region is now experiencing a drought almost as bad as a megadrought in the 1500s whose severity has been described in biblical terms. The Guardian created a fascinating visual guide. 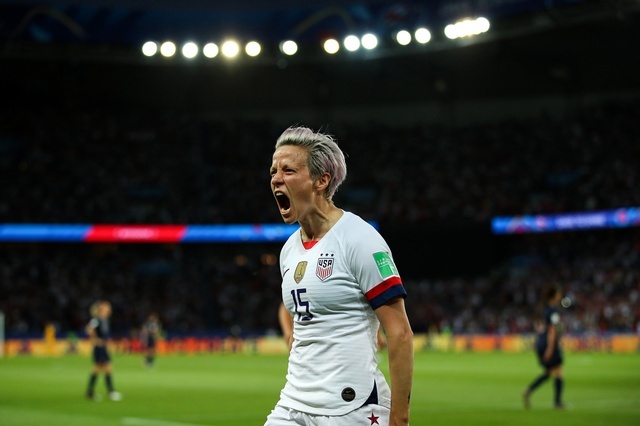 Megan Rapinoe celebrated a goal against France during the 2019 FIFA Women's World Cup.

Victoria's Secret is attempting a radical brand turnaround: swapping its angels for activists. Gone will be the winged supermodels, replaced by seven women known for their accomplishments. Prominent among them will be Redding's own Megan Rapinoe. Victoria's Secret, the soccer star said, was “patriarchal, sexist, viewing not just what it meant to be sexy but what the clothes were trying to accomplish through a male lens and through what men desired." But she's been convinced it wants to change. N.Y. Times | New York Post 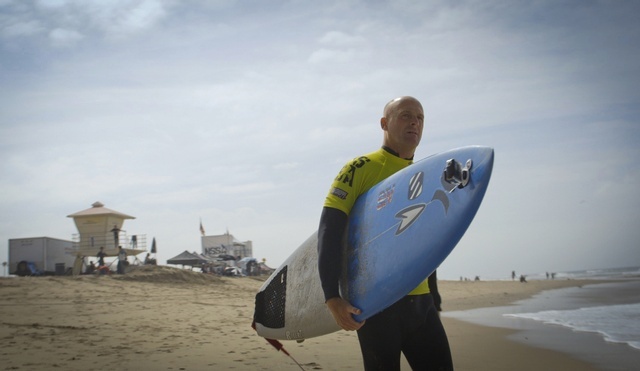 "Everybody that surfs in Southern California knows Curt — he's famous."

After Curt Harper was diagnosed with autism at the age of two, doctors told his parents they would need to institutionalize him. They didn't. Given a chance to find his place in the world, Harper became a beloved fixture of Santa Monica's surfing scene, chauffering young surfers to the shore when their parents can't make it. This short film about him, titled "Curt," will make you love him too. Vimeo (~17 mins)

Kings Canyon cuts a swath through the Sierra range deeper than the Grand Canyon, measuring as much as 8,200 feet from river to rim. Amazingly, you can drive right through it. The Kings Canyon Scenic Byway is the only vehicular route to penetrate the national park, snaking about 40 miles along progressively more stunning views of granite cliffs, giant sequoias, and the roaring south fork of the Kings River. The terminus is aptly named Road's End, which sends motorists around a short loop back the way they came. For backcountry hikers, it's just the start of another adventure on foot.

Fun fact: Sunflowers aren't just pretty, they demonstrate an elegant mathematical formula. It's known as the Fibonacci sequence — a series of numbers in which each number is the sum of the preceding two (1, 1, 2, 3, 5, 8, and so on). Count the clockwise and counterclockwise spirals of seeds that make up a sunflower's head, and you'll usually find a pair of numbers from the sequence: 34 and 55, or 55 and 89, or 89 and 144. Here's a great little explainer. 👉 YouTube (~2:40 mins)

Why am I telling you about sunflowers? It's sunflower season in the Sacramento Valley, the heart of American sunflower seed production. A drone camera pilot recently did a flyover of a brilliant yellow field in Colusa County. 👉 YouTube (45 secs)

"The dynamics of the Birmingham Roller ... helped us to become gentle giants.”

Birmingham Roller pigeons are renowned for performing a bizarre aerial stunt: They will launch into a series of tight, backward somersaults. In California, the prized birds are bred by a community of Black men and boys in South Los Angeles who have been obsessed with them since the 1960s. Here's a terrific long read about how a subculture of pigeon fancying flourished among men longing for community and solace. 👉 Pipe Wrench