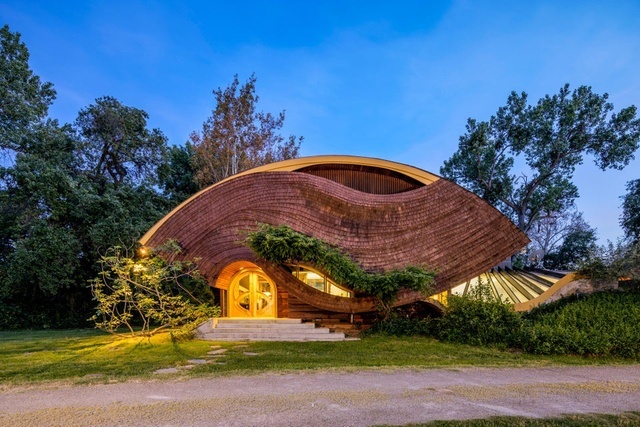 The Creek House was designed by the architect Arthur Dyson.

Sanger, a few miles off Route 99 in the San Joaquin Valley, is known for orchard blossoms and a small-town atmosphere. It's also home to one of California's most whimsical homes. Nestled in a wooded area, the Creek House was designed in 1988 for a client who dreamed of living inside a sculpture. The owner gave a walkthrough last year before the home changed hands. YouTube (~1:30) 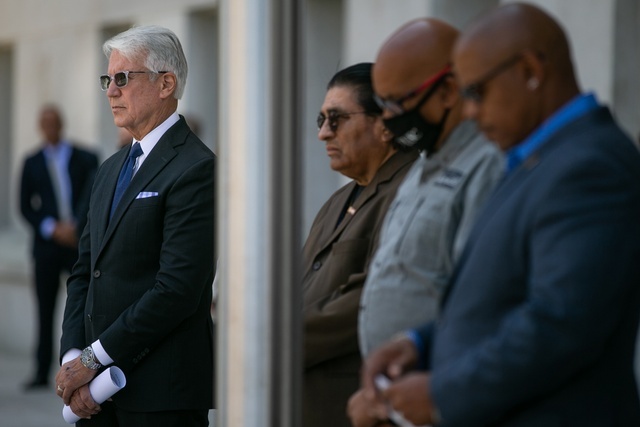 Here's how one progressive activist reacted after L.A. County's newly elected district attorney, George Gascón, laid out his plan to remake criminal justice: “We felt like, wow, we could have written that speech.” Nearly a year later, Gascón faces a recall campaign with support from inside his own office. Here's a deep dive on how Gascón is risking everything to keep people out of prison: N.Y. Times Magazine 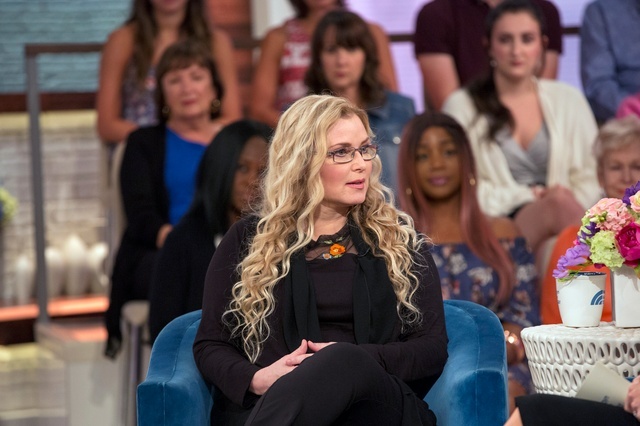 Rick Bart, a homicide detective turned sheriff, had been haunted by the killings of a young couple since 1987. A genetic genealogist found the murderer in two hours on a Saturday. CeCe Moore, of San Clemente, first had a career in musical theater. Today, she has become one of the country's most sought-after crime solvers through a forensic technique that detectives describe as akin to magic. A fascinating profile: New Yorker 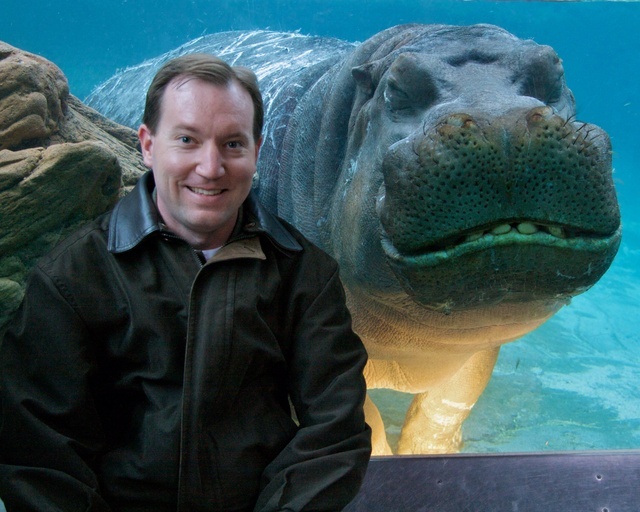 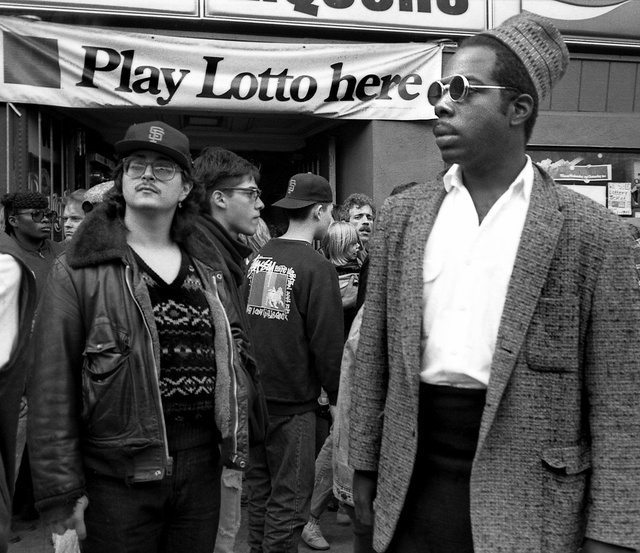 Chico's Bidwell Park, known for being one of the nation's largest urban parks, is also one of its most beautiful. The park juts from the city's downtown for 11 miles, following a creek into the luxuriant Sierra foothills. One of the best places to take it all in, ideally at sunset, is from Monkey Face rock, reached in an easy stroll from a parking lot. Brent Holland, a local drone videographer, got some gorgeous 4K footage (starting at about the 1:20-minute mark). YouTube 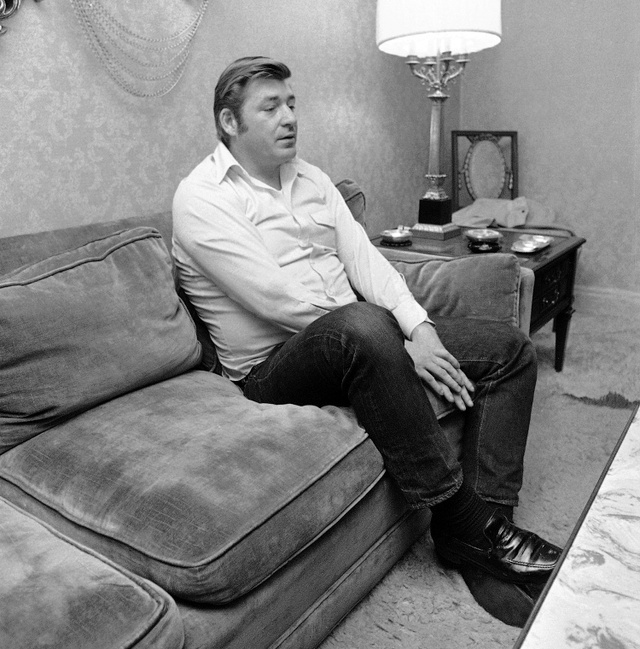 Oliver Sipple was interviewed soon after the assassination attempt in 1975.

Oliver Sipple was an accidental hero.

On a Monday afternoon in September 1975, he happened to be standing next to Sara Jane Moore, a would-be assassin, as she pulled a .38 revolver from her purse and pointed it at President Gerald Ford outside San Francisco's St. Francis Hotel. A Vietnam veteran, Sipple grabbed Moore's arm as she fired, sending the bullet into the pavement.

Sipple, who was born on this week in 1941, said anyone would have done the same. But in news reports the next day he was feted as a national hero.

That might have been all there was to Sipple's turn in the history books, but Herb Caen, the San Francisco Chronicle columnist, got a tip he couldn't resist: Sipple was gay. The information came without Sipple's permission from the gay rights activist Harvey Milk, who wanted to highlight the heroism of a gay former Marine at a time when homophobia was the norm.

Two days after Moore's failed assassination, Caen outed Sipple in his column. The press clamored over what the New York Times described in a headline as a "homosexual controversy." Infuriated, Sipple told reporters that his private life was nobody's business. "I feel that a person's worth is determined by how he or she responds to the world in which they live, not on how or what or with whom a private life is shared," he said. "These are my words and they're my feelings. This is all I have to say on this subject." 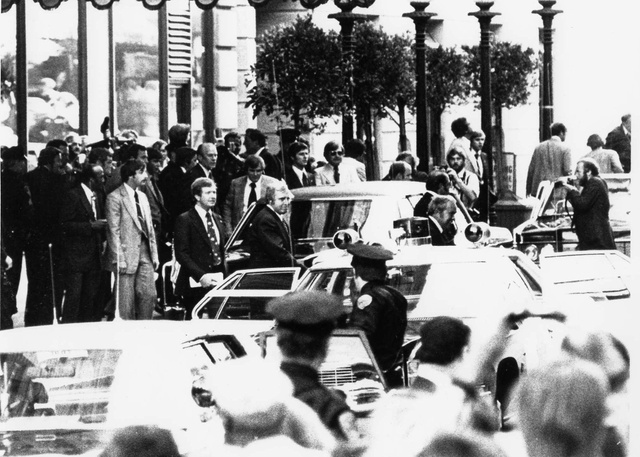 The view outside the St. Francis Hotel after Sara Jane Moore shot at President Ford on Sept. 22, 1975.

When the news reached Sipple's family in Detroit, whom he had not told, his mother told him she never wanted to speak to him again. Years later, Sipple's brother recalled in an interview how their father reacted: "He mentioned the fact that the next person that even said he had a son named Oliver, he was going to literally break their damn neck."

Sipple filed a $15 million lawsuit against seven newspapers, accusing them of invading his privacy, but a judge threw it out. On disability for mental problems related to combat, Sipple began to drink heavily, squandering his checks at bars. His health deteriorated. He considered suicide.

Wayne Friday, a friend, told a researcher how Sipple would bemoan that he was better known for being gay than for saving a president. "I'd sit there in the bar with him, and I'd talk to him about it. 'Hey, man, it is what it is.'" Friday recalled. "But he was just — he was just — down to nothing. This thing happened, and it overcame him."

On Feb. 2, 1989, Friday found Sipple's bloated body in his San Francisco apartment with a bottle of Jack Daniel's nearby and the television still on. The coroner said he had been dead for about 10 days. Sipple was 47. Among the possessions found in his room was a framed letter from the White House thanking him for his heroism.

Here's a fascinating podcast episode on the life of Oliver Sipple, including recordings of Sipple himself: Radiolab (~1 hour)