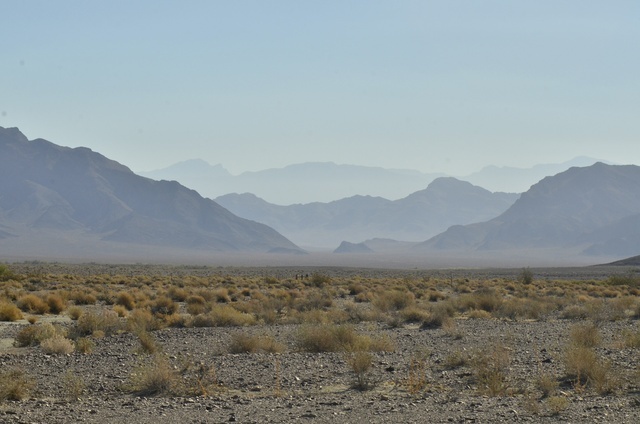 A solar energy development is planned in Nevada’s Pahrump Valley.

A massive increase in solar power is essential to California climate goals. But even clean energy isn't entirely clean. A 3,000-acre solar farm planned for the Mojave Desert would destroy more than 100,000 yucca and other plants. Shannon Salter, a 37-year-old poet, is so staunchly opposed that she moved to a nearby campsite to protest. “There’s this idea that it’s a wasteland,” she said. “No, it’s a vibrant, amazing thing. We are turning it into a wasteland with all of our antics.” L.A. Times 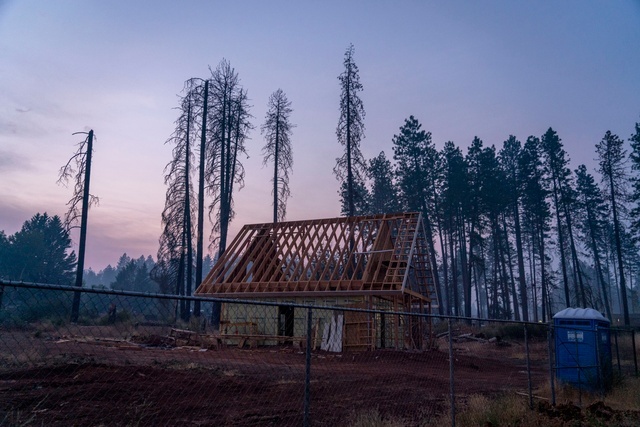 Smoke from the Dixie fire filled the sky above a new construction in Paradise on July 30.

Kyle Grillot for The Washington Post via Getty Images

Three years after the Camp fire destroyed the town of Paradise, roughly 6,000 people have have returned from a former population of 26,000. Rather than relocate to a safer place, they are attempting a radical experiment: encircling the entire community in a green buffer that can protect against the next big fire. N.Y. Times

The Times also profiled rural residents taking fire defense into their own hands in Trinity, Plumas, and Santa Clara counties. 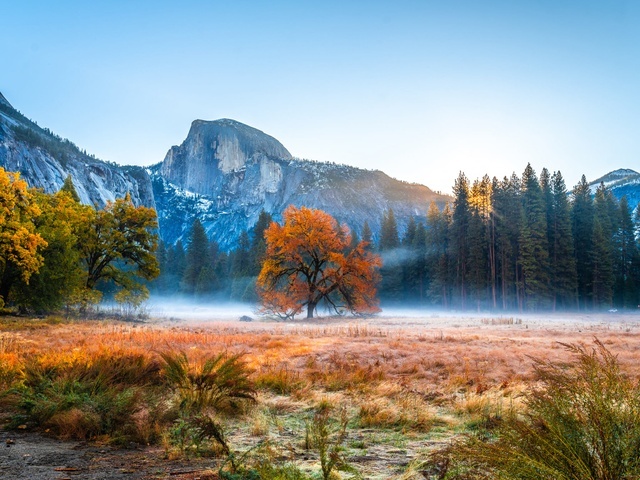 Cook's Meadow in Yosemite on Oct. 29.

"Yosemite Valley is the most beautiful 2.12 square miles on Earth. Everything about it is perfection."

The colors of fall erupted over in Yosemite last weekend just as the valley's waterfalls came thundering back to life after the recent rains. A pair of photographers, Elliot McGucken and Steve Arita, published 23 exquisite pictures. California Fall Color 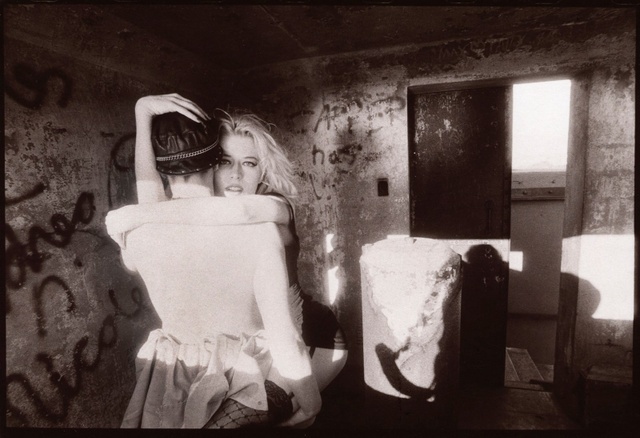 "We had come out, people were dying, we had nothing to lose, so we just wanted to have the best party."

In 1990s San Francisco, Phyllis Christopher was a photo editor for the lesbian magazine On Our Backs. For many of the city's lesbians, to come out was to say goodbye to your biological family. San Francisco offered what felt like a new family, and many of its members were eager to pose for photographs. A volume of Christopher's work from 1988-200, published this year, captures the community's insistence on protest and pleasure. studio international | PhyllisChristopher.com 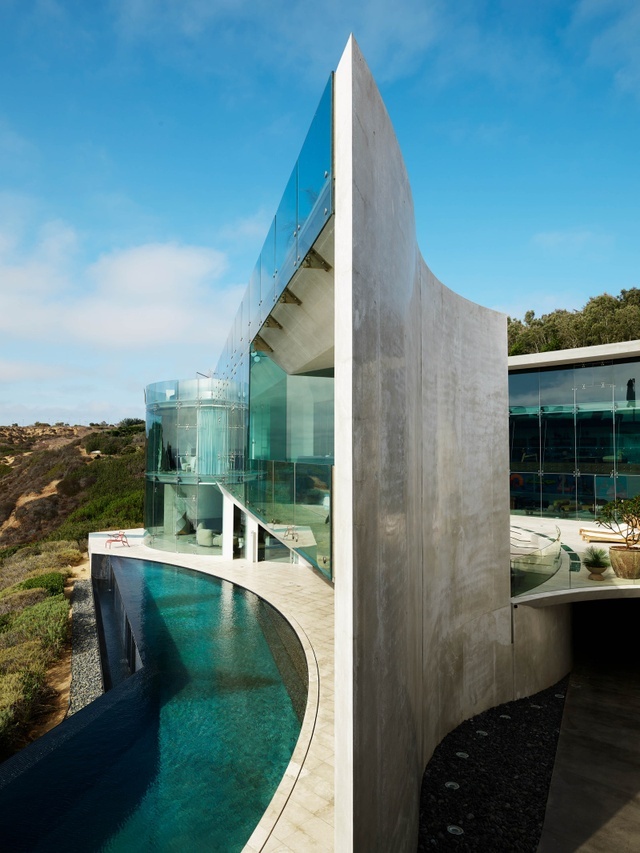 One of the country's most celebrated homes, the $21 million modernist Razor House is often compared to Tony Stark's luxurious home in the "Iron Man" movies. The couple just gave Architectural Digest a tour. Their art collection is incredible.

It wasn't until 1932 that a passing pilot noticed six gigantic human- and animal-like figures scraped into the desert floor near California's southeastern border with Arizona. Archeologists dated the Blythe Intaglios to anywhere from 450 to 2,000 years old, but they don't know who created them or why. The comedian Tom Green, who became a van-lifer during the pandemic, made a moody short film with drone views from the intaglios to the abandoned shores of the Salton Sea. YouTube (~10:30 mins)

A 33-year-old electrical engineer in Santa Clarita was perusing ticket options at Six Flags Magic Mountain, located just a few minutes from his office, when he noticed the deal of a lifetime: A $150 season pass included two meals a day for an entire year. For years, he ate lunch and dinner every day at Magic Mountain as he paid down his student loans, got married, and bought a house. “It wasn’t healthy at all," he acknowledged. Mel Magazine