Here are a few stories you missed in the California Sun in recent weeks. 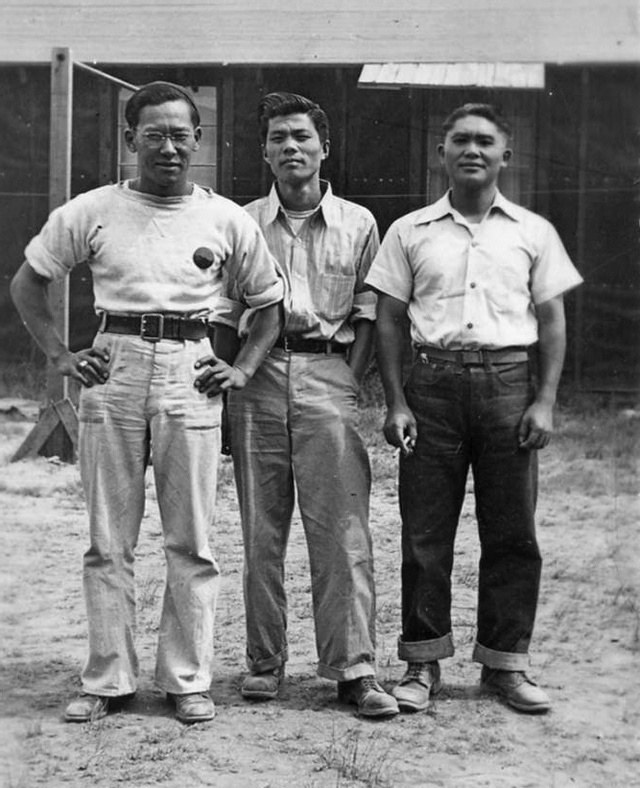 Men at the Tule Lake internment camp in 1944.

"As far as I’m a prisoner, I’m not signing anything.”

During the World War II internment of Japanese Americans, prisoners were asked two crucial questions: Would you swear absolute allegiance to the U.S., and would you serve in the military? Those who answered "no" to both were taken to Northern California's harsh Tule Lake camp, and became known derisively as "no-nos." Shunned, some hid their personal histories for generations, even from their own children. The L.A. Times produced a fascinating report on the Japanese Americans of Tule Lake reclaiming their stories. 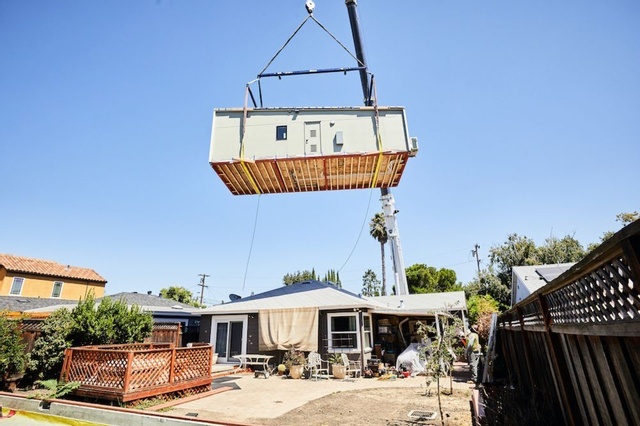 A backyard apartment by Abodu arrived to a site in San Jose.

Gripped by a housing shortage, California passed laws in 2016 and 2017 making it easier to build backyard apartments. That set off a boom in construction of so-called accessory dwelling units, or ADUs. In 2019, 12,000 were added, a tenfold increase from before deregulation. New companies now boast the ability to put up ADUs very quickly: Abodu, in Redwood City, can deliver a Scandinavian-style flat, from permit through construction, in 30 days. Bloomberg CityLab

Gif created from video by Voice of America

Every Sunday at sunset, a parade of LED-decorated bicyclists winds through Venice Beach led by a pied piper with white dreads known as the Captain. Everyone is welcome. The Venice Electric Light Parade began in 2015 as a joyful way to promote bicycle safety. Over the last year, it's doubled as a much-needed antidote to despair. Voice of America produced a nice short video on the new tradition. 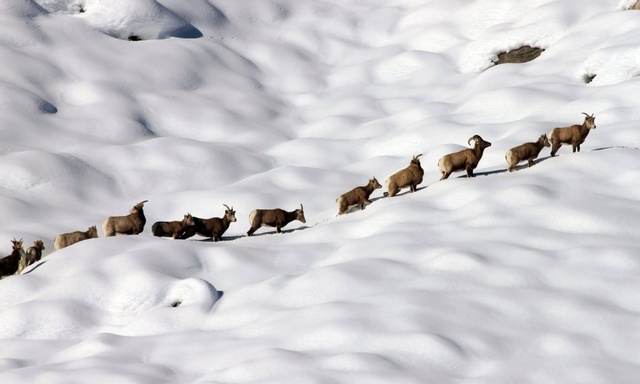 There are only around 600 Sierra Nevada bighorn sheep in the wild, so when mountain lions developed a taste for them, wildlife officials began moving the cats 100 miles away. But the strategy has been complicated by the tenacity of the mountain lions. One relocated male promptly turned around and walked the entire distance back to the sheep. “Within the first 24 hours, he had 360 degrees to choose from in which to travel and he started making a beeline right back to where he came from,” a scientist said. The Guardian 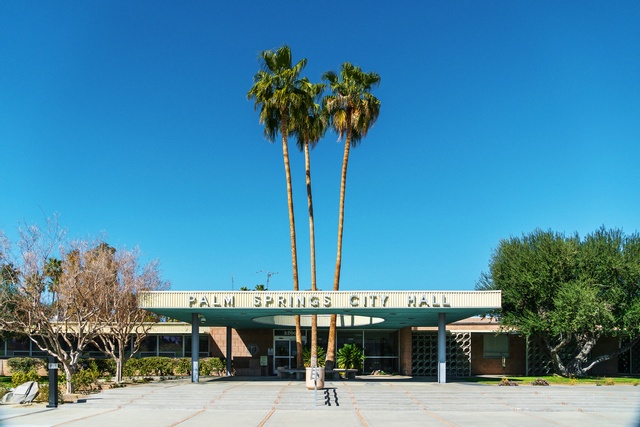 Few city halls embody the character of a place so perfectly as the one in Palm Springs, pictured above.

Once a desolate desert landscape, the area that became Palm Springs began a transformation in 1909, when a visionary hotelier saw the potential for an oasis. It became a playground for Hollywood royalty, and in the 1950s developers targeted upper-middle-class buyers with mass-produced homes in the desert modern style — elegant but informal, with open floor plans, lots of glass, and swimming pools. It was in this decade that Albert Frey, the founding father of desert modernism, was commissioned to design a city hall befitting Palm Spring's new aesthetic. The result has become an enduring symbol, in yellow and turquoise hues, of a city dedicated to the good life. dezeen

In 1948, LIFE magazine dispatched the photographer John Florea to Santa Monica Bay to document the ways of the Southern California beachgoer. His photos recall a time along the shore when acrobatics were the rage, the old-timers played chess in suits and fedoras, and people just left their trash on the sand at the end of the day.

See a few of Florea's photos below, and many more here: Google Arts & Culture 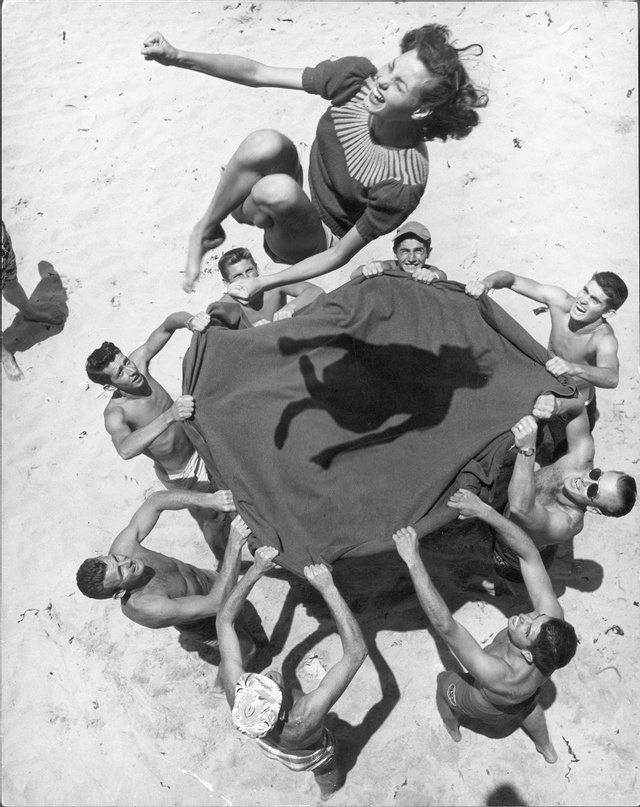 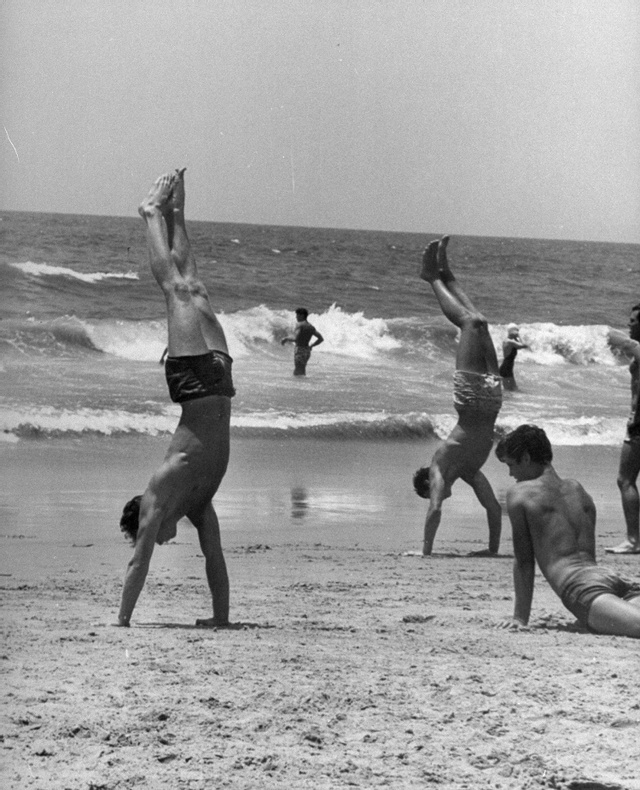 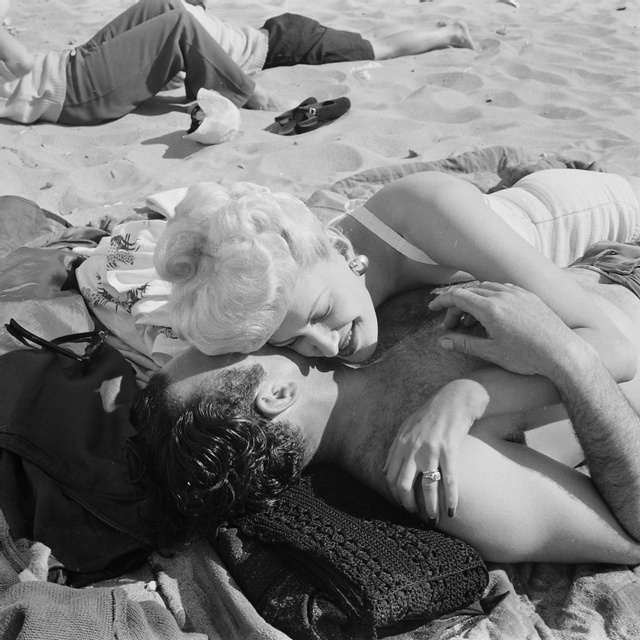 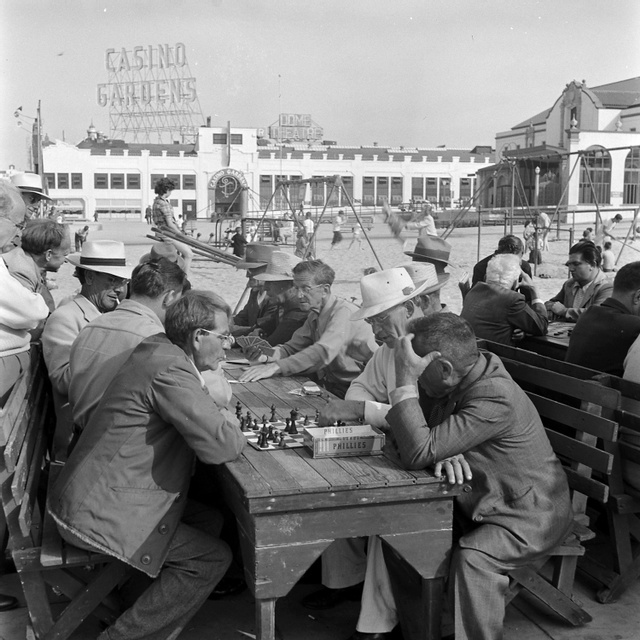 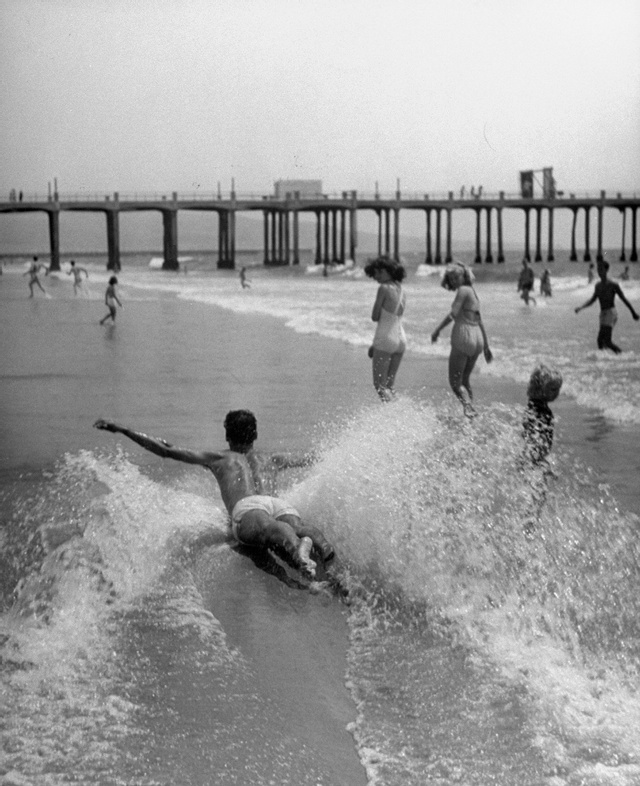 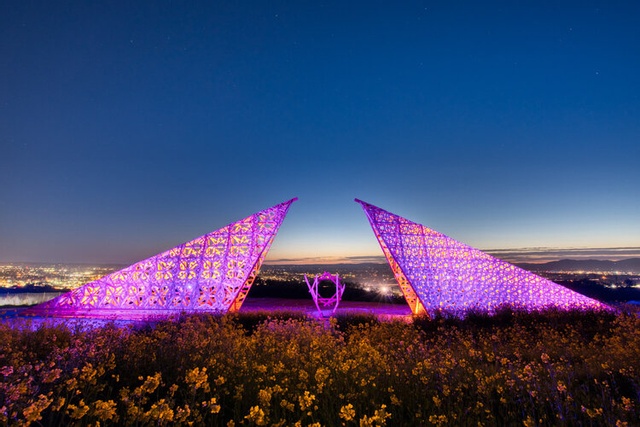 The Empyrean sculpture at Paradise Ridge Winery can be seen for miles.

Empyrean — an elaborate, 40-foot-tall wooden temple — was supposed to be a major draw at Burning Man 2020 until the pandemic scuttled the event. Instead the artwork has found a hillside perch at Paradise Ridge Winery in Santa Rosa. Writing in the Press Democrat, the columnist Chris Smith said the site was fitting. Much of the winery was reduced to rubble during wildfires in 2017; Empyrean now serves as a sort of punctuation mark on its rise from the ashes. Visitors are welcome to come see it on weekends.Here's a great video of workers applying the final touches on the project. 👉 Vimeo