With ICUs full across the San Joaquin Valley and Southern California, new coronavirus infections spread unabated over the weekend. As of Sunday, roughly 16,800 people were hospitalized with Covid-19 statewide — more than double the peak reached in July. A state model predicted that number could reach 75,000 by mid-January. The conversation now among doctors now: How to ration care. NPR | A.P. 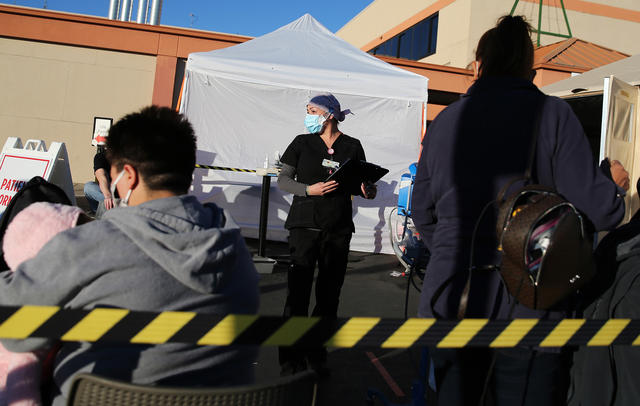 Reporters captured harrowing video inside an overwhelmed hospital in Apple Valley, a high desert community in San Bernardino County. “I don’t think that most of the general public around the area really understands what’s going on inside the walls of the hospital,” a hospital director said. “I’ve been doing this 25 years. I’ve been all over the country with my career. I’ve never seen anything like this. ... And one of the worst things about it is there’s no end in sight.” Washington Post | SFGate.com

Kim Folsom, a cancer-stricken woman in Joshua Tree, woke up in a pool of blood. Her husband, Billy, rushed her to a hospital, but it didn't have the equipment she needed. A doctor called hospitals all over the Inland Empire. Each answered the same: They were swamped with Covid-19 patients and had no room. Billy suggested racing down a highway to goad the police into escorting them to the nearest hospital. They never got the chance. Kim died 12 hours after arriving in the hospital. She was 60. L.A. Times

Custodians do the humblest work in hospitals, toiling alongside nurses and doctors for a fraction of the pay — and none of the glory. But they have been among the first to get inoculated, an acknowledgment of the integral role they play. Among them is Shashi Kant, 65, a custodian at UC Davis Medical Center. His daughter, who worked at a Modesto hospital, died three months ago. He's kept working 12-hour shifts. L.A. Times

A panel of scientists endorsed Moderna's coronavirus vaccine, clearing the way for its distribution in California. Shipments were set to begin Monday. S.F. Chronicle | Sacramento Bee 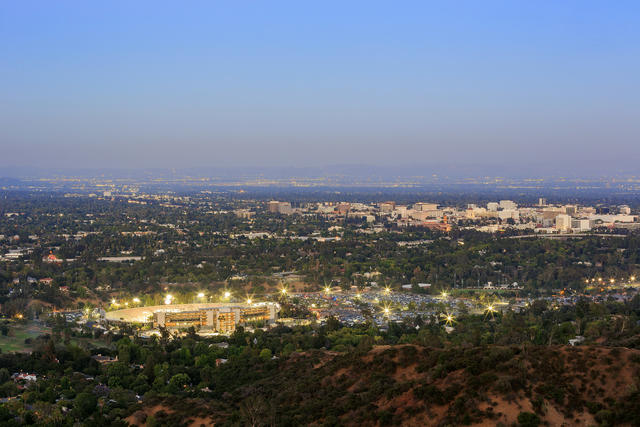 There will be no Rose Bowl game in Pasadena on New Year's Day.

As Gov. Gavin Newsom ponders his choice to replace Sen. Kamala Harris, race has become a key consideration. The governor is under intense pressure to select a Black woman, ensuring there is still at least one Black woman in the U.S. Senate. Others are pushing for him to name the first Latino senator from a state where Latinos make up 40% of the population. N.Y. Times | A.P. 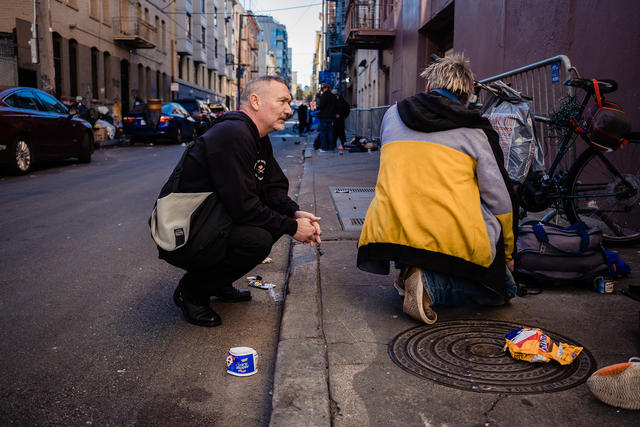 An outreach worker spoke with people in an alley popular with drug users in San Francisco's Tenderloin.

Overdose deaths in San Francisco have far outpaced deaths from the coronavirus this year, new data showed. At least 621 people have died from overdoses — a 40% increase over all of 2019 — compared to just 173 coronavirus deaths. Even as many have died, a staggering number have been saved. Narcan, the opioid reversal drug, has been used nearly 3,000 times to save someone from the brink of death. S.F. Chronicle | A.P.

California is home to one of the largest Sikh populations outside of India. In recent weeks, a dispute over new agricultural laws in India has led to protests among diaspora communities around the world. On Saturday in Sacramento, roughly 2,000 cars, trucks, and tractors formed a protest caravan. Sacramento Bee

Earlier this month, a small-time mom influencer claimed on Instagram that her children were nearly kidnapped by a couple at a craft store in Petaluma. The videos blew up, reaching 4.5 million people and drawing the attention of the police. Then the story fell apart. Now the accused couple — who are Latino, have five kids, and were out shopping for a nativity scene — have spoken out: "It’s like we’re literally guilty of being brown while shopping,” said Sadie Martinez. Petaluma Argus-Courier | BuzzFeed

As part of a series in the Financial Times called "Wish I were there," a British newsman recalled his experience wandering among the redwoods of Humboldt County, a place, he wrote, "unlike any woodland I’ve ever walked in. You can’t help but be mesmerised." Included with his essay was this eye-opening illustration, depicting the monumental size of the world's tallest recorded tree. 👇 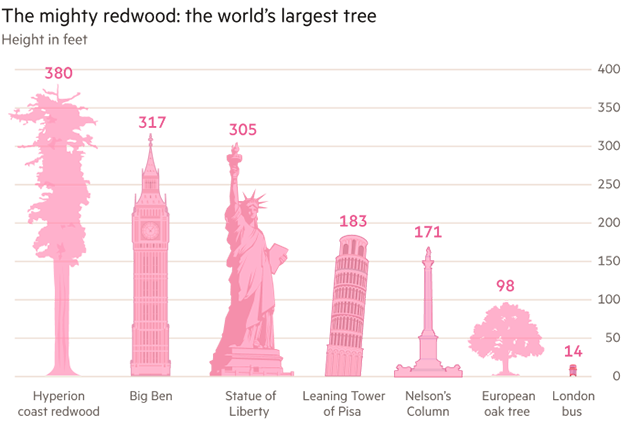 The minimalist artist Peter Gorman creates pared-down drawings of city intersections that suggest ancient Egyptian hieroglyphs. They are at once mortifying and strangely beautiful. Gorman shared some of his California artworks with the California Sun. See those below, and more at his website. 👉 Barely Maps 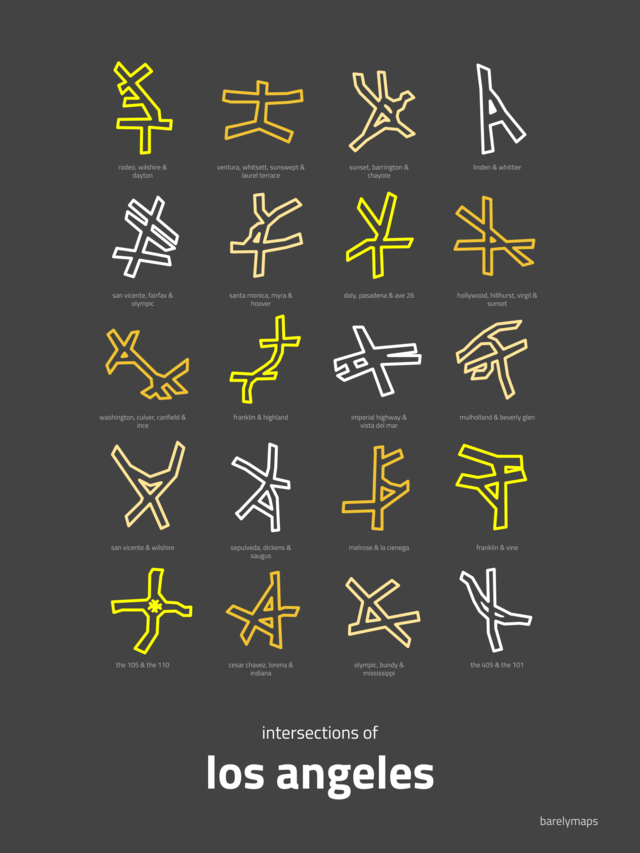 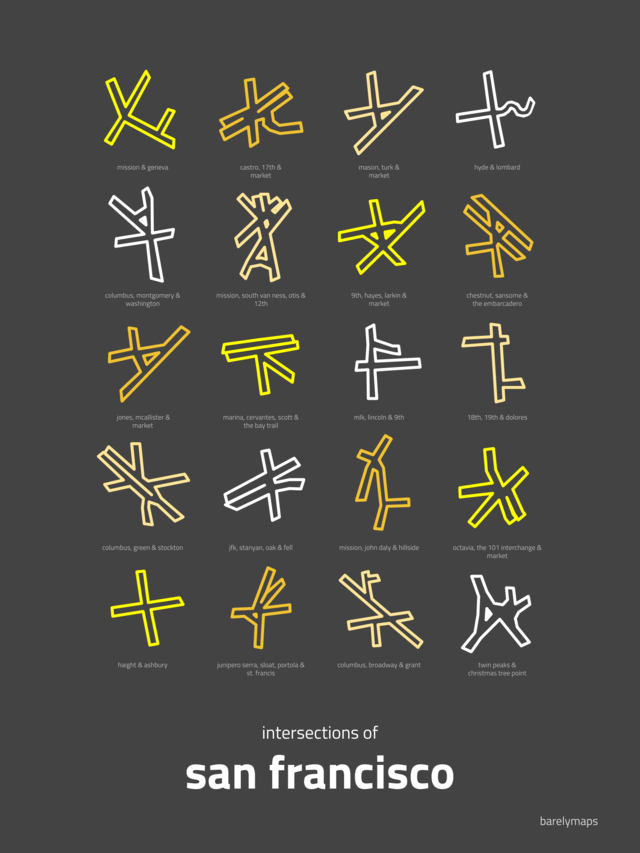 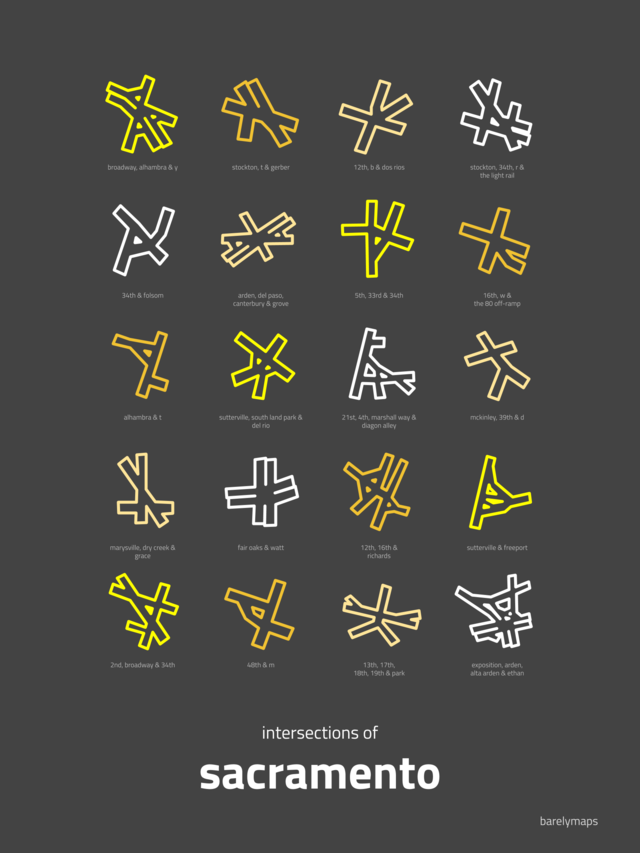 A. I live in Northern California so am most familiar with this area of the state. The place that comes first to my mind is McArthur-Burney Falls. Nevertheless there are countless sites that I love found in our lovely state.

“The Warmth of Other Suns” by Isabel Wilkerson. 2020 has been a year that reveals the systemic racism in American society. This book sheds light on the long, difficult struggle of African-Americans to claim their rightful place in American society and the epic migrations north and west from the Deep South to realize their dreams and flee from the terror of legal and illegal apartheid.

The property I live on was owned at different times by Peter Lassen (Mount Lassen is named after him) and Leland Stanford, and a 12th-century medieval church from Spain now sits on our property that was brought over from Europe by William Randolph Hearst. I would love to have all three gather and talk about how they understand their contributions to Californian society and how these contributions impacted our property at Vina, where the three have left such a lasting legacy. 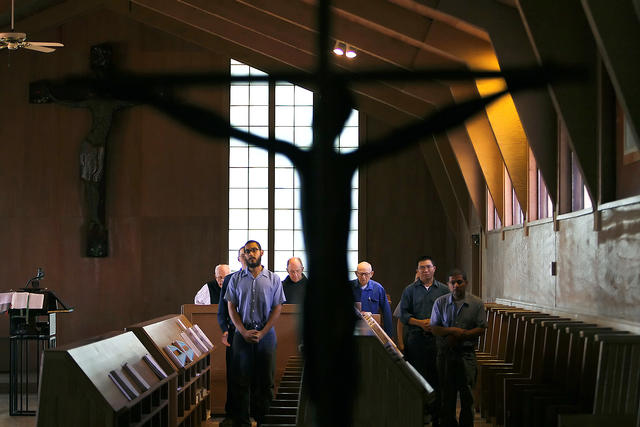 Monks prayed at the New Clairvaux monastery in Vina.

It's been a tumultuous year. How do you find solace and calm amid all the chaos?

My life calling is that of a monk, which means my life is dedicated to prayer. Prayer does not necessarily take away life's problems or provide answers for everything, but it does provide me the ability to live in peace with life's questions even as I struggle with those questions. Prayer allows me to place these questions in the larger context of existence and to see the bigger picture of how I and earthly events fit into the cosmos. I do not and cannot carry the whole of creation on my shoulder, but rather am a small part of the whole.

What makes someone a Californian?

Being a native of North Dakota but having lived in California over half my life I find myself asking this question. It may reside in the fact that many Californians are from someplace else. But perhaps what makes a person a Californian is that it defies description — no one size fits all. There is room for a plethora of opinions and lifestyles in California. If one is unable to accept the fact of diversity, then perhaps one has never inculturated into the California ethos and cannot be called a Californian. This does not imply agreement with another's opinion but rather to accept and live in a dialogical tension of difference with others.