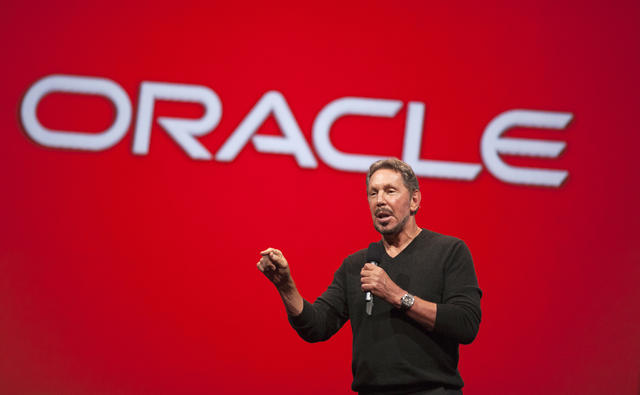 Larry Ellison spoke at the Oracle Open World conference in San Francisco in 2014.

Larry Ellison, the billionaire founder of Oracle, is hosting President Trump at his Coachella Valley estate next week for a fundraising event with $100,000 tickets. Recode called it "the most significant display of support from a major tech titan for the president, by far." Desert Sun | recode

Here's a beautifully written profile of an Eastern Sierra wildlife specialist who lures bears away from kitchens and campsites using words instead of weapons. A ponytailed ex-surfer with little formal schooling, Steve Searles used to get mocked around town for his touchy-feely approach. Now they call him the "bear whisperer." L.A. Times

Anti-vaxxer on why she moved from California to Idaho: "I'm a mother. And I'm also a California refugee. I came here in search of medical freedom." Idaho has some of the nation's most permissive laws on vaccinating schoolchildren. That makes it a draw for families opposed to California's crackdown on bogus vaccine exemptions. Idaho Statesman

In the 1950s, mom-and-pop motels along California's highways lured travelers with flashing neon signs, space-age architecture, and tiki-themed cocktail lounges. The heyday of the Golden State's motor lodges has long faded, but a number of holdouts live on. Curbed offers some road trip inspiration with tour of the state's 19 best midcentury motels. Curbed Los Angeles

Below: Madonna Inn in San Luis Obispo, Safari Inn in Burbank, and Humphreys Half Moon Inn in San Diego. 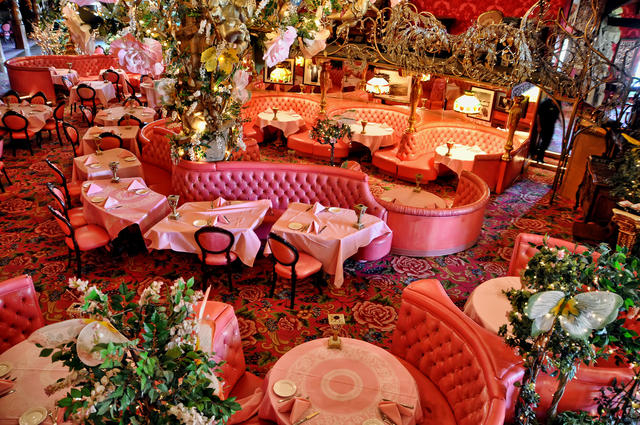 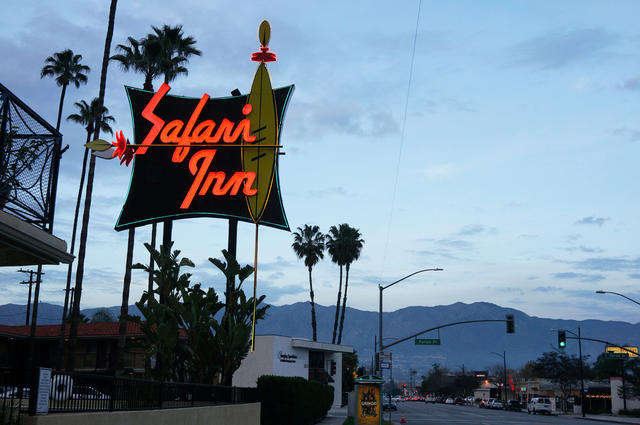 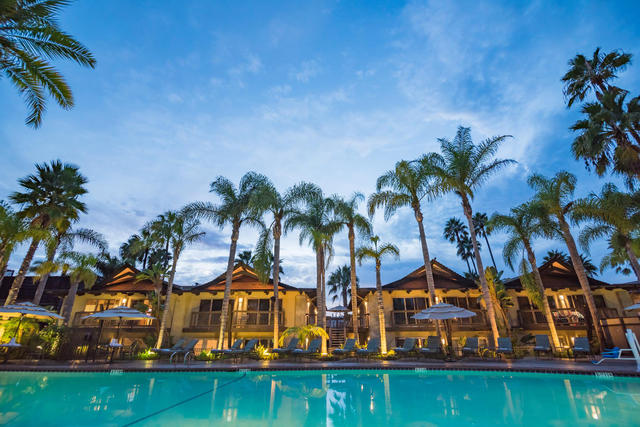 A government worker who spent two years teaching anti-bias classes for San Francisco's police force was discouraged by what he encountered. "The degree of anti-black sentiment throughout SFPD is extreme," he said in an email obtained through a public records request. S.F. Examiner 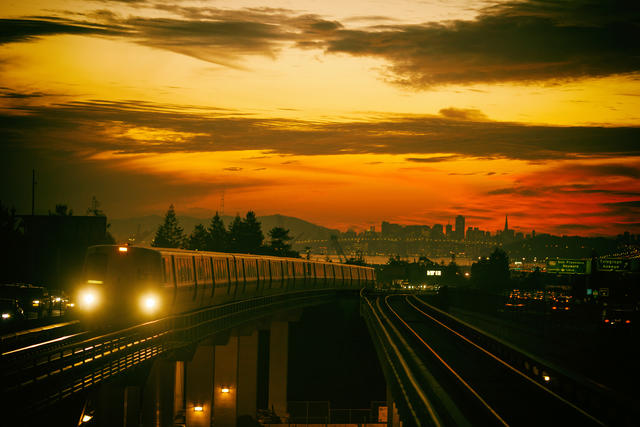 BART can be lonely during off-peak hours.

BART has lost nearly 10 million night and weekend passengers in four years, even as the region has been choked by some of the worst traffic in the nation. "On Saturdays and Sundays, BART feels deserted," the transit agency's president said. Riders have blamed crime, filth, and sparse service. S.F. Chronicle | SFGate.com

Juul tried to get its devices into the hands of Miley Cyrus and bought up ads on the websites of Nickelodeon, Cartoon Network, and Seventeen magazine. That's according to a new lawsuit in Massachusetts that accuses the San Francisco e-cigarette company of explicitly targeted young people. "Juul knew it was selling to kids," the state's attorney general said. Buzzfeed News | Reuters

Juul employees have been criticizing the company and considering jumping ship. Buzzfeed News 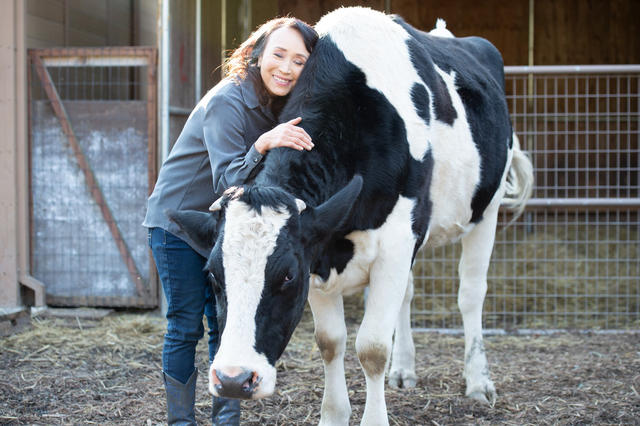 California's Food and Agriculture Department has been ordering vegan companies to stop using words like "butter" and "cheese" in reference to nondairy products. A Petaluma company, Miyoko's Creamery, was also told to remove a picture from its website of a woman hugging a cow, above. The owner is suing. Press Democrat | S.F. Chronicle

Sacramento Bee editorial: "What public interest is threatened by the cuddling of large bovine creatures?" 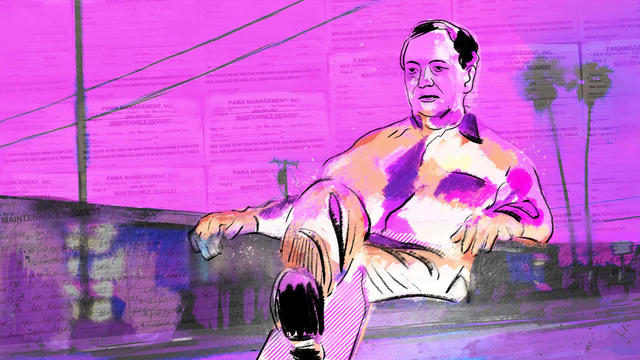 KPCC/LAist spent a year investigating one of the biggest landlords in Southern California. Unknown to tenants or the public, Mike Nijjar lives in a Los Angeles mansion dubbed "Villa Bellefontaine" with a waterfall and vineyard. It's different for his tenants. Nijjar's properties have been allowed to fester with cockroaches, bedbugs, and mold. Typhus broke out at one trailer park, and a baby girl died in a fire at another that lacked smoke detectors. He appears to get away with it, in part, thanks to secretive business practices and political clout. KPCC/LAist 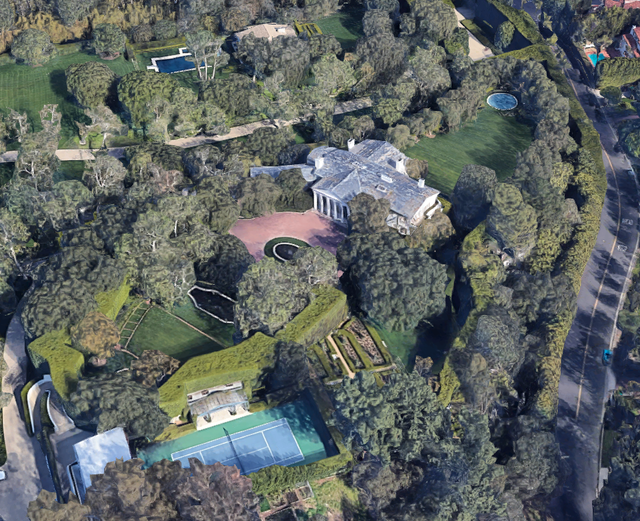 Jeff Bezos just bought the most expensive property in Los Angeles — a 13,600-square-foot mansion with a 9-hole golf course and a floor once owned by Napoleon — for $165 million. That amounts to about an eighth of a percent of Bezos' $132 billion net worth. If you make $60,000 a year, that's like spending $75 on a house. The Verge | The Real Deal

Paid signature gatherers have been tricking San Diegans into registering for a political party they'd never heard of. The Common Sense Party, started by two former California lawmakers, needs to collect tens of thousands of signatures to qualify as an official party. Yet dozens of new members contacted by a reporter thought they were signing a petition to lower rents. KPBS 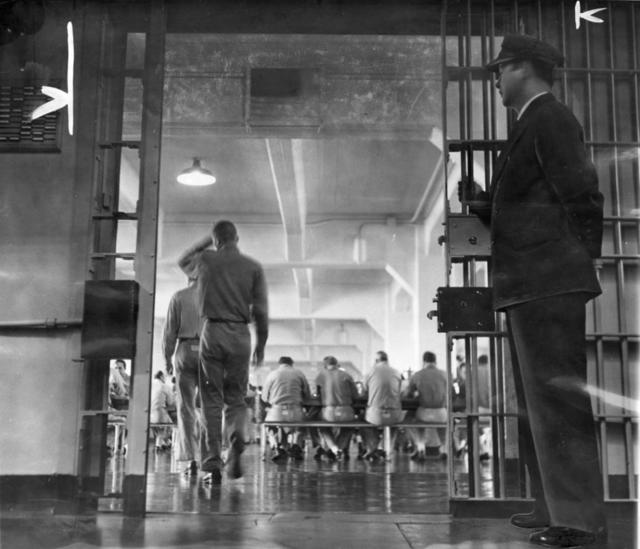 Contrary to the grim depictions of life at one of the country's most notorious prisons, the food was surprisingly appetizing at Alcatraz. So much so that the guards and prison staff ate the same meals as the inmates.

Warden James Johnston, as it happened, believed a well-fed inmate was a well-behaved inmate. Not that the strategy was foolproof. The prison hung tear gas canisters from the ceiling in case things ever got out of hand. Hence, the dining hall's nickname: "The gas chamber." Bon Appetit | 7X7