California is now the only state in the CDC's "moderate" category of Covid-19 spread, making it an island of yellow on the agency's widely cited coronavirus map. As of Monday, California was recording an average of 41 daily infections per 100,000 people. That's less than a quarter of the national average, and a small fraction of the average in states such as West Virginia, North Dakota, and Alaska, which are each seeing more than 500 cases per 100,000 people. SFist | KTLA 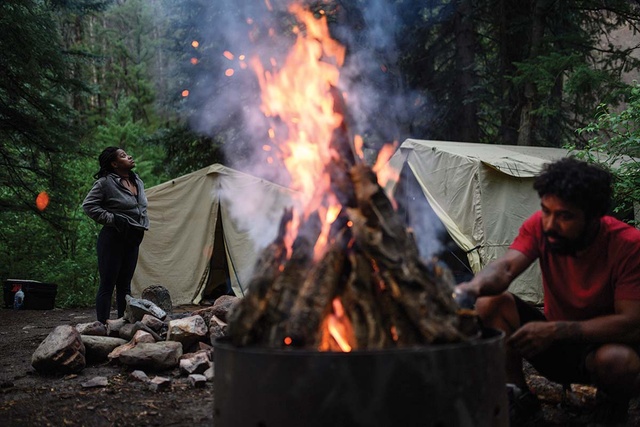 The 2021 Nobel Prize in Physiology or Medicine was awarded Monday to two California scientists. David Julius, of UC San Francisco, and Ardem Patapoutian, of Scripps Research, unlocked secrets of how the human body senses temperature, touch, and movement. Their work is now being harnessed to find treatments for chronic pain. The Nobel committee had a hard time reaching Patapoutian, whose phone was muted. They eventually got his 94-year-old father on a landline, and he in turn called Patapoutian. "I think you won the Nobel Prize,” he told him. N.Y. Times | A.P. 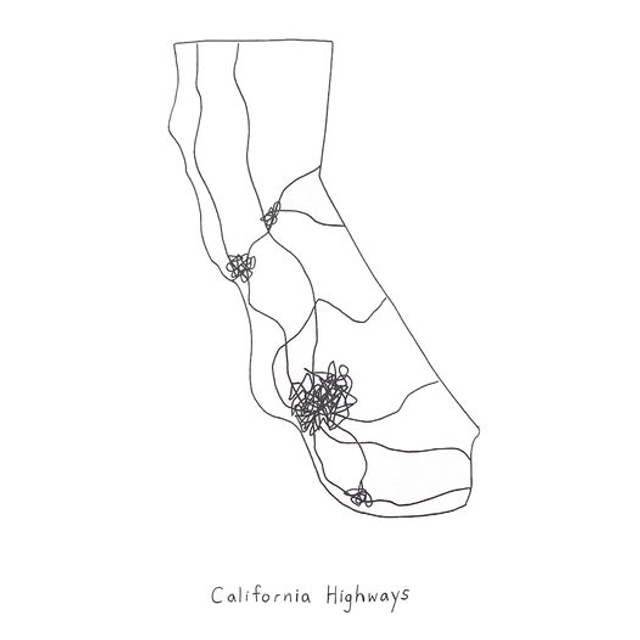 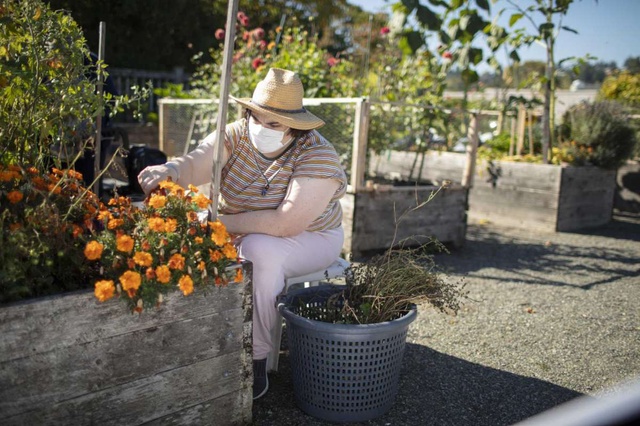 Sarah, the clinical trial patient, worked in her garden.

A Northern California woman had the sort of depression that was impervious to treatment. She tried about 20 medications, months in a hospital program, electroconvulsive therapy, transcranial magnetic stimulation. But all she could think about was ending her life. Then she became the first test subject for a brain implant that delivers electrical pulses to stave off depression. “Within a few weeks, the suicidal thoughts just disappeared,” she said. N.Y. Times | Scientific American

A federal jury on Monday ordered Tesla to pay $137 million to a Black former worker who said he was racially abused at the carmaker's Fremont factory. Owen Diaz, 53, accused Tesla of ignoring racist epithets and offensive graffiti in the workplace. Tesla denied any knowledge of the racist acts described by Diaz, who was a contract employee. David Oppenheimer, a law professor at Berkeley, called the size of the award unprecedented. “I believe that’s the largest verdict in an individual race discrimination in employment case,” he said. Bloomberg | S.F. Chronicle 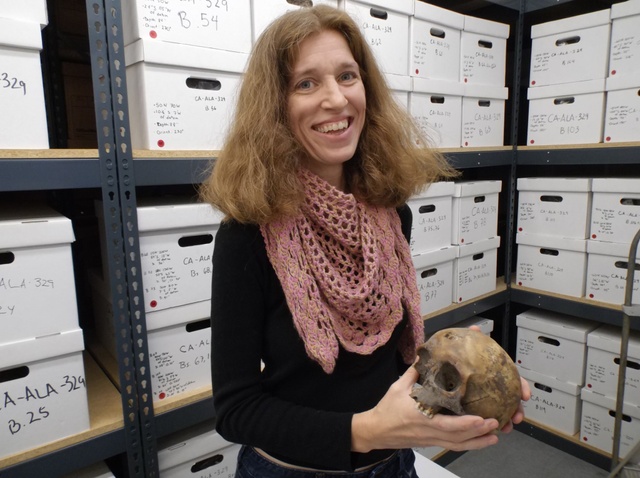 Elizabeth Weiss posted this photo with the caption: "So happy to be back with some old friends."

A San Jose State anthropology professor, Elizabeth Weiss, faced a backlash after she shared a photo of herself holding the skull of an early human unearthed in the East Bay. Critics, including a number of academics, called the picture culturally insensitive. “You just don’t do this," one history professor said. In a letter to campus faculty, San Jose State's provost said Weiss had caused trauma to Indigenous peoples, but defended her academic freedom. Weiss was defiant: “This really is about a woke activist mob rather than any real legitimate arguments." Mercury News

That's the conclusion from technology columnist Kevin Roose after reading a Wall Street Journal series on the platform’s ill effects on society. Paranoid executives, departures of top talent, rash decisions — the signs are familiar to anyone who has ever seen a dying company up close, Roose wrote. N.Y. Times

Facebook restored its service after an outage Monday in a surprisingly old school way: A team was dispatched to a data center in Santa Clara to "manually reset" the servers. N.Y. Times | TechCrunch 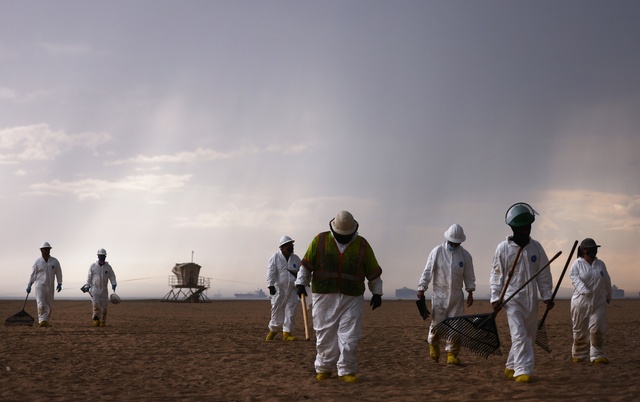 Officials said the oil spill off Orange County may have been caused by a commercial ship that set anchor in the wrong location and struck a pipeline. Ship anchors have caused ruptures before, especially in heavily trafficked waters near large ports. Dozens of container ships have been stranded off the coast in recent weeks awaiting entry to the gridlocked ports in Los Angeles and Long Beach. L.A. Times | A.P.

This is the third time Southern California has suffered a major oil spill. Both of California's U.S. senators said Monday that offshore drilling needs to stop off their coast. Washington Post | N.Y. Times

Hollywood faced a potential production shutdown after a union representing 150,000 film and television crew members voted to authorize a strike on Monday. Contract negotiations with the studios stalled on Sept. 20, as workers demanded higher wages and longer rest periods between shifts. “The ball is in their court," said Matthew Loeb, the union’s president. Hollywood's last major union action was in 2007, when writers staged a walkout. It cost the California economy $2.1 billion. N.Y. Times | Hollywood Reporter 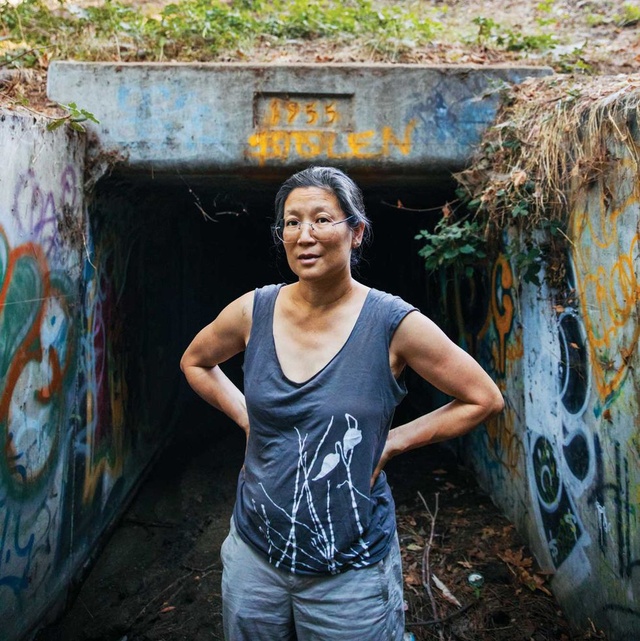 Jane Tsong, an explorer of lost waterways, stood in the bed of Eagle Rock Creek.

After a series of destructive floods in the early 20th century, crews encased the Los Angeles River in concrete and channeled most of its creeks into concrete ditches or underground. But the city's forgotten waterways have refused to disappear entirely. In recent years, a collection of nature-loving explorers has been scouting them out, one by one. They are known as "creek freaks" and they are part of a passionate movement calling for the re-wilding of Los Angeles. Alta 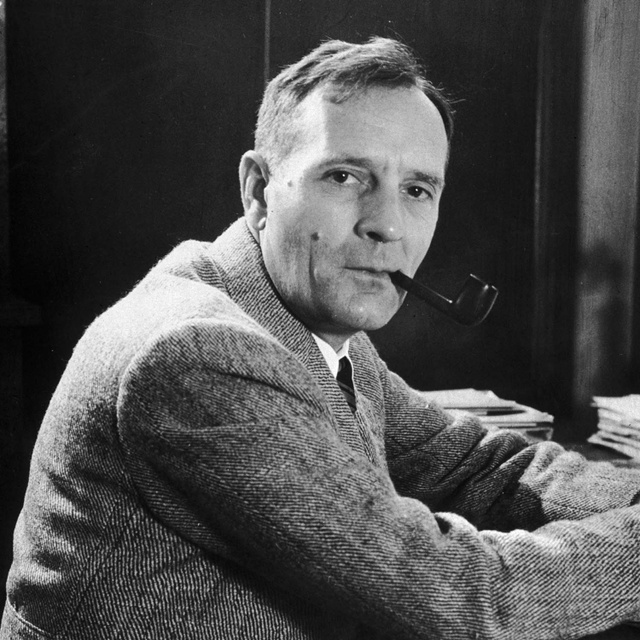 A century ago, astronomers believed the Milky Way was all there was to the universe. The Andromeda galaxy, while visible in the night sky, was thought to be a cauldron of birthing stars within the Milky Way.

But Edwin Hubble wasn't convinced. He and a small group of fellow astronomers hypothesized that Andromeda was its own “island universe,” much like the Milky Way, an idea derided by the scientific establishment.

On this day in 1923, Wilson began an observing run of Andromeda using the Hooker telescope, then the most powerful in the world, atop a peak in the San Gabriel Mountains. 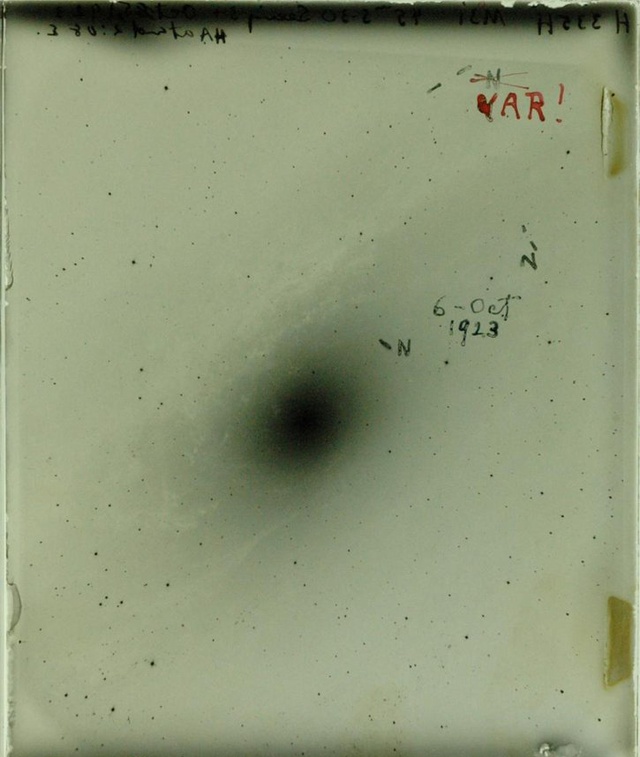 Hubble’s 1923 photograph of V1. He mistook it for a nova, writing “N.” When he realized the brightness varied like a cepheid, he scratched it out and wrote “VAR!” for variable.

His series of photographs revealed a blinking star in one of Andromeda’s spiral arms. It was a cepheid, a class of star that dims and brightens in predictable cycles, allowing for measurement of its distance.

Hubble ran the calculations. The star, designated V1, was about 1 million light years from earth, well outside the bounds of the Milky Way. At the age of 34, Hubble had revolutionized our understanding of the cosmos. The universe was swimming in galaxies.

Over time, space telescopes have provided a clearer idea of their true number. The latest estimate came just this year, using data from NASA's New Horizons space probe: somewhere in the hundreds of billions. NASA.gov | Vox