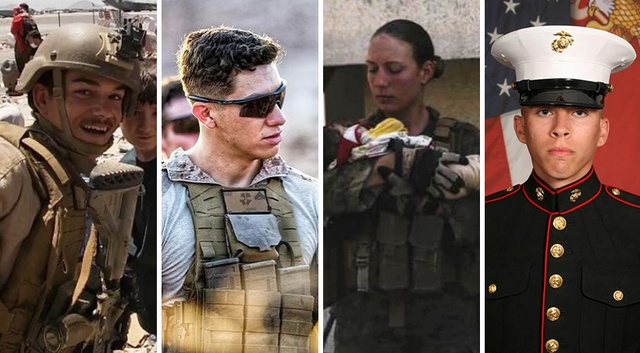 Communities across the state were in mourning over the weekend after a suicide bomb attack in Kabul left 13 American service members dead, including four Californians. They were:

Larry Elder lost his best friend of 37 years over an argument about Donald Trump. Wilson Huhn was Elder’s best man. Elder was the godfather to one of Huhn’s children. When Trump appeared to mock the physical disability of a New York Times reporter, Huhn, the father of a disabled son, was deeply offended. But Elder defended Trump, saying he had done nothing wrong. “When Larry was sending all-caps messages to me it became pretty clear that that was it,” Huhn said. L.A. Times

In an Atlantic profile, Gov. Gavin Newsom seems beaten down:

"I mean, no one has any empathy for elected officials. And I get that. We love to hate elected officials. We’re things; I get that. But we’re also parents. We also have loved ones. We absorb. I would like to think most of us are empathetic souls, and the experiences are difficult; you stack them up over the course of months and months and months. You try everything in your power. Iterate. Good decisions, bad. Things you tried — didn’t work. Things that exceeded expectations — did work. And yet you still see those numbers go up.” 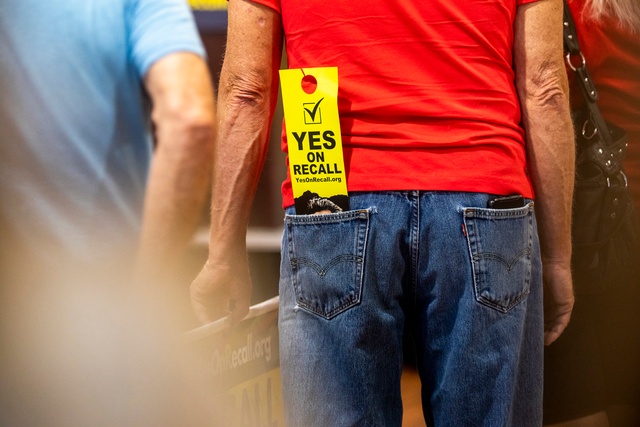 In a reverberation of Donald Trump’s “Stop the Steal” lie, some California recall supporters are now spreading allegations that dark forces are at work to rig the vote in Gavin Newsom's favor. An analysis of posts to the pro-recall campaign’s Facebook group found that nearly half contained false claims, references to conspiracy theories, or expressions of concern about election rigging. Elder has himself indulged, sharing a story suggesting the ballot names were ordered so that a crease would run through his name. S.F. Chronicle | FactCheck.org 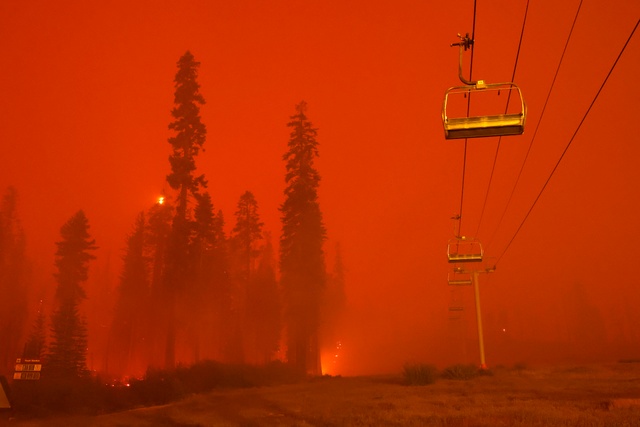 The Sierra-at-Tahoe ski resort was cast in an orange glow as the Caldor fire burned early Monday.

The Caldor fire marched further toward the Lake Tahoe Basin over the weekend, burning structures and prompting an evacuation warning by late Sunday that encompassed the entire South Lake Tahoe basin. “Today’s been a rough day. There’s no bones about it,” said Jeff Marsoleis, forest supervisor for El Dorado National Forest. The worst may be yet to come. Forecasts called for red flag conditions across the Northern Sierra on Monday and Tuesday, with extreme heat and gusts up 35 mph. Sacramento Bee | Mercury News

The Riverside County Fire Department shared amazing video of a fire whirl during the Chaparral fire on Saturday. 👇

In Del Norte County, where just 36% of residents are vaccinated against the coronavirus, the number of infections has doubled in three months, from 1,380 to more than 2,800. The mortuary in Crescent City, the county seat, is filled beyond capacity. Helicopters line up at the hospital to carry patients out. “This has been our worst fear,” said state Sen. Mike McGuire. “We saw significant surges in urban areas in this state early on. Now, rural California is the epicenter for this pandemic.” L.A. Times 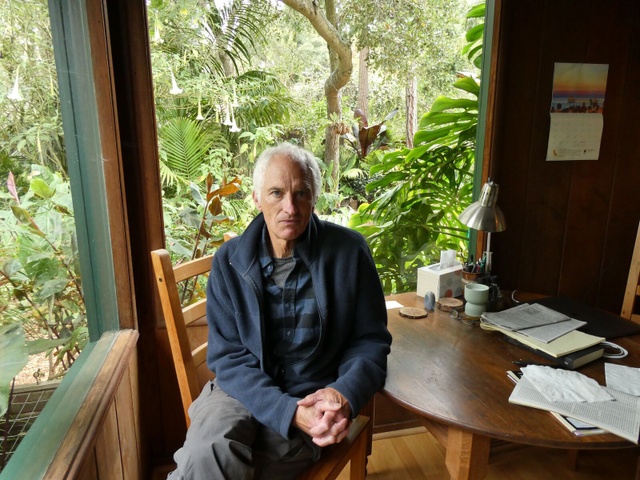 Brad Johnson, principal and English teacher at the Crowden School.

A dispatch from the parent-teacher wars:

Brad Johnson, a popular English teacher at a private middle school in Berkeley, played a vocabulary game with his class that involved using the students' names in outlandish sentences with hard words. The idea was to make those definitions stick in their minds. The kids loved it. Then a parent complained that her son was called a "lobster boy." So Johnson, who taught at the school for 25 years, was fired. In protest, four trustees resigned and half of the eighth-grade parents threatened to leave. Berkeleyside

"It’s the realization of a dream.”

In 2017, Robert Paylor was paralyzed from the neck down while playing rugby for UC Berkeley. He vowed to walk across the stage for his diploma. On Sunday, in front of a graduation crowd of thousands at the Greek Theater, he kept his promise. The crowd went wild. East Bay Times 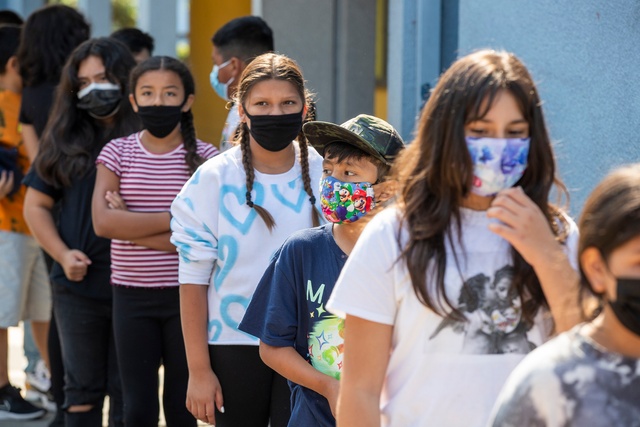 Students lined up for Covid-19 testing at Montara Avenue Elementary School on Aug. 16.

As more than 600,000 students return to classrooms in Los Angeles Unified School District, they’re participating in what amounts to a massive public health experiment unfolding in real time: administering coronavirus tests to every student and staff member every week, regardless of their vaccination status — indefinitely. Those who test positive stay home for at least 10 days. And those who decline to get tested can’t come at all. Washington Post

Faced with public anger after the killing of George Floyd last year, the Los Angeles City Council cut $150 million from the police budget, finding much of the savings by slashing funds for LAPD overtime. But the cops worked 680,000 overtime hours anyway. Now Los Angeles owes $47.3 million in compensation that may not get paid for years, or even decades. L.A. Times

Alerted by screams last Thursday, a mother rushed out from her home in the Santa Monica Mountains to find her 5-year-old son being mauled by a mountain lion, authorities said. She pummeled the 65-pound cat with her bare hands until it withdrew. Her decisiveness, officials said, saved the boy's life, though he suffered traumatic injuries to his head and upper torso. The mountain lion was shot and killed. L.A. Times | A.P. 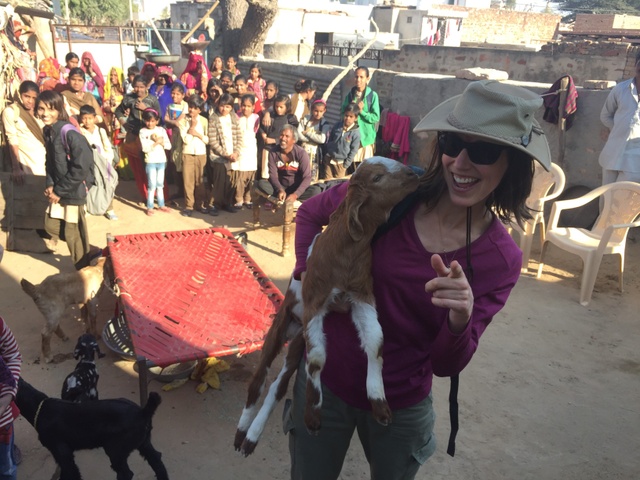 … Katya Cengel, a writer and freelance journalist who has covered a variety of topics around the world. Her most recent book, “From Chernobyl With Love,” won an Independent Publisher Book Award last year.

A: Because I grew up in California some of my favorite places come from childhood memories. As a writer the idea of bringing books to life is pretty appealing, so I think I am going to go with Fairyland in Oakland. The storybook theme park is meant for children, but exploring the colorful and creative sets with crooked walls and a card game maze can be a nice escape for adults as well.

“Girls Don’t! A Woman’s War in Vietnam” by Inette Miller. As a female war correspondent, Miller was a rarity at the time. She focuses not just on battles but also on the girls and women being pulled into the sex trade. It is a topic her male peers didn’t touch, possibly — as she disappointedly discovers — because some of them were paying for sex with underage girls. Having reported from the former Soviet Union at the turn of the century, it was fascinating for me to learn how much and, in some cases, how little has changed for women reporters working overseas.

I have a thing for frozen yogurt. It has to be old school, not the modern self-serve style; I don’t like not knowing how much I am going to pay until I weigh it at the end. At It’s Really Yogurt in Arroyo Grande they serve you so you always know how much you are paying. The price is good, the owners are friendly — and they always have peanut butter flavor.

John Steinbeck, because I admire how he captured a people and place in “The Grapes of Wrath.” Jackie Robinson because my friend CJ Silas would kill me if I didn’t pick him and Clint Eastwood. All three were (are) icons of their time — reflected in their art, whether through sport in Robinson’s case or film in Eastwood’s. They are complex and nuanced and forced society to examine difficult questions about how we treat each other from migrant farm workers and Black athletes to Hmong refugees.

I would probably start things off by asking Eastwood why his staff returned the signed copy of my first book I sent him. The book was about baseball so that would be a natural way to draw Robinson into the conversation. I have a feeling Steinbeck wouldn’t stay silent long, plus talking about a book is always a good way to get an author involved.

You’ve traveled widely and written about different cultures around the world. As immigration policies remain so contentious in the U.S., how do you think California has handled integrating its diverse population? What do you think could improve?

I am not sure how accurate it is, but you hear about different spots in the state being home to the most Armenians, Cambodians, Afghans, Guatemalans — to name a few — outside of their native countries. Both Long Beach and Stockton have large Cambodian New Year celebrations; Glendale has the Armenian Genocide Remembrance Day; Orange County has a Lebanese Festival and Los Angeles, San Francisco, and other cities have hundreds if not thousands of cultural activities. Yet I feel there is often a lack of communication and understanding between different groups.

When I was writing “Exiled,” [about four Cambodian immigrant families in the U.S.] many people would ask me why Cambodian refugees didn’t apply for citizenship. That would have saved some of them from later facing deportation after running afoul of the law. It is a fair question but one that shows how little we understand other people’s situations. Applying for citizenship is expensive; it’s currently $725. Cambodian refugees were not always made aware of the steps they needed to take to obtain citizenship or even the need for it because they were already legal permanent residents. That is just one example of how while we celebrate our diversity we could do a better job as individuals of understanding our differences.