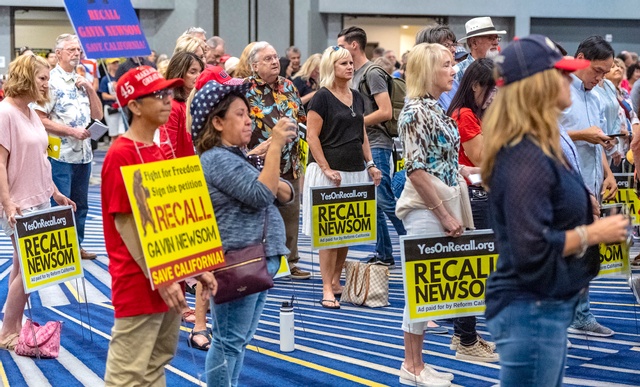 Recall supporters gathered at a rally in Irvine on July 31.

With California's recall election less than a month away, a CBS News poll of likely voters suggested the likelihood of Gov. Gavin Newsom's ouster was a virtual coin flip. Just 52% of likely voters said they would reject the recall, with a margin of error of four percentage points. If it doesn't go Newsom's way, California could soon have a Gov. Larry Elder, the leading alternative, who has said one of his first priorities will be suspending mask and vaccine mandates. CBS News

Many California news editorial boards have now taken a position on the recall:

Children are now being hospitalized for Covid-19 at a record rate across the United States, with places like Florida and Texas driving the surge. Yet California has been largely spared. The reason, experts say: Californians are simply more vaccinated, meaning children are better protected by the inoculated adults and teenagers around them. L.A. Times

Not a single San Francisco child was hospitalized with Covid-19 as of Friday. S.F. Chronicle 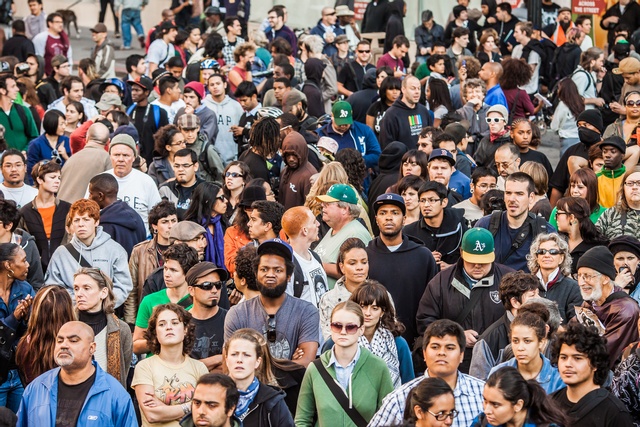 The proportion of white people fell across Sacramento County.

In parts of Alameda County, the share of residents who are Asian rose nearly 70 percentage points.

Pretty much every place in California became more Hispanic.

Using tract-level census data, the Washington Post created a powerful map that lets you see how the racial makeup of where you live has changed since 1990.

A bill to allow the composting of human bodies is moving through the state Legislature with significant bipartisan support. At the moment, California allows only burial and cremation after death. Composting, already permitted in Colorado and the Northwest, naturally turns human bodies into about two wheelbarrows worth of soil. Supporters describe it as "a literal return to the earth.” CalMatters | The Guardian 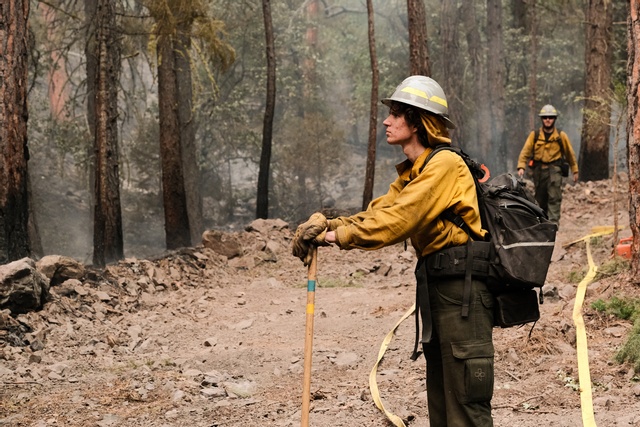 Firefighters monitored a burn ignited to slow the Dixie fire near Taylorsville.

The Dixie fire is now the second-largest wildfire in California history, and the largest single-origin fire. Burning for more than a month, the blaze grew considerably over the weekend, threatening several communities east of Lake Almanor and forcing new evacuations. As of Sunday, it had spread to nearly 900 square miles and destroyed 1,173 structures. Officials confirmed that it tore through the historic Drakesbad Guest Ranch in Lassen Volcanic National Park late last week. Record Searchlight | A.P.

Julian Lopez, a restaurant owner in Mendocino, a town now crippled by drought:

“We’ve grown up in this first-world country thinking that water is a given. There’s that fear in the back of all our minds there is going to be a time when we don’t have water at all. And only the people with money would be able to afford the right to it.” N.Y. Times

A Sacramento-area doctor named Dr. Michael Huang has been signing dozens of medical exemptions for students that allow them to shed their masks at school. California allows students to go maskless with a doctor's note attesting to conditions such as asthma or anxiety. Huang, who has expressed skepticism about masks, has found his services to be in high demand, with hundreds of calls coming into the office. His out-of-pocket charge per exemption: $200. ABC10 | CBS13

Thanks for your patience during my absence last week. The family and I went for the first time to Kings Canyon, a place of such beauty that John Muir said it surpassed that of even his beloved Yosemite Valley. The park's ancient sequoia groves were as wondrous as advertised. But there was another surprise highlight: Zumwalt Meadow. Located along the Kings River at the foot of two sky-scraping granite domes, the meadow gives new meaning to the word serene — intensely green, sweet-smelling, and literally buzzing with life. Fresnans can be there in two hours; Oaklanders and Angelenos in five. Outdoor Project 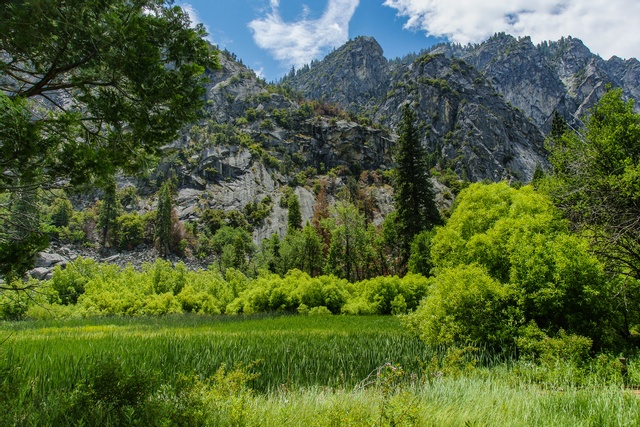 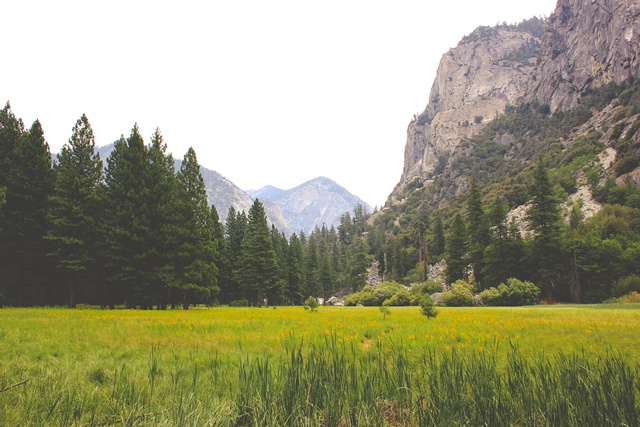 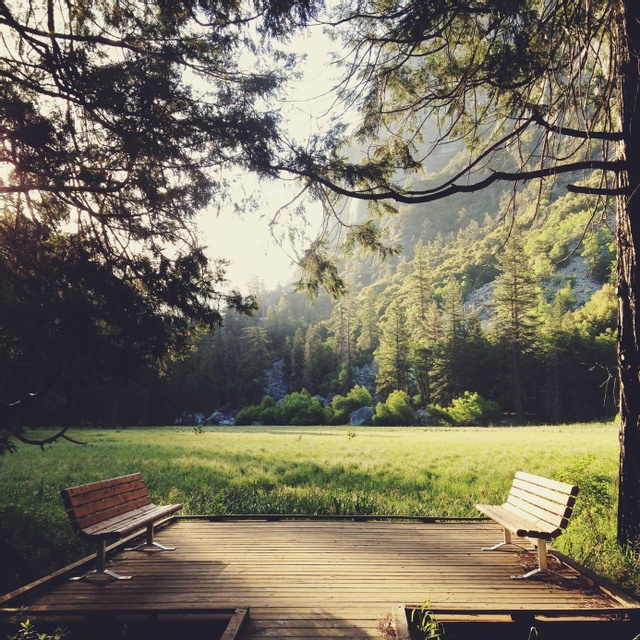 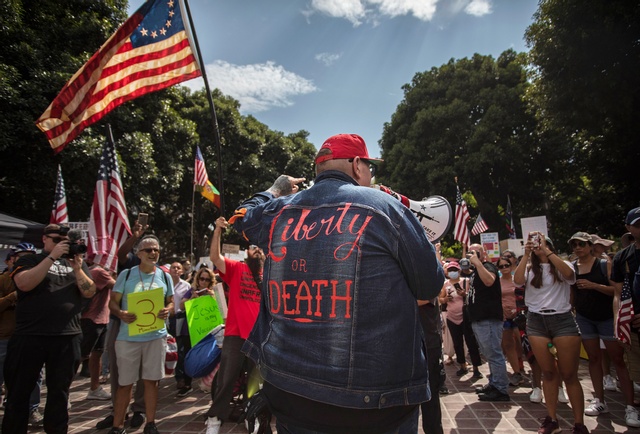 An anti-vaccine protest outside Los Angeles City Hall on Saturday devolved into mayhem, with one man stabbed and at least two journalists assaulted, according to various reports. Brawls erupted as two groups collided: one that held aloft American flags and railed against "medical tyranny," and another dressed mostly in black that used the slogan "no safe space for fascists." L.A. Times | City News Service

Here's video of men pummeling each other, followed by chants of "USA! USA!" 👉 @andrewkimmel

A hospital in Torrance is contending with a "fourth wave" of coronavirus cases, almost all of them among the unvaccinated. A reporter shadowed Dr. Anita Sircar, a doctor who has fought against Ebola in Guinea; cholera in Haiti; and malaria in South Sudan. You can feel her frustration with people who seemed to have learned so little after so much death. “The greatest weapon that we have right now is the vaccine," Sircar said. "And people aren’t getting it." L.A. Times 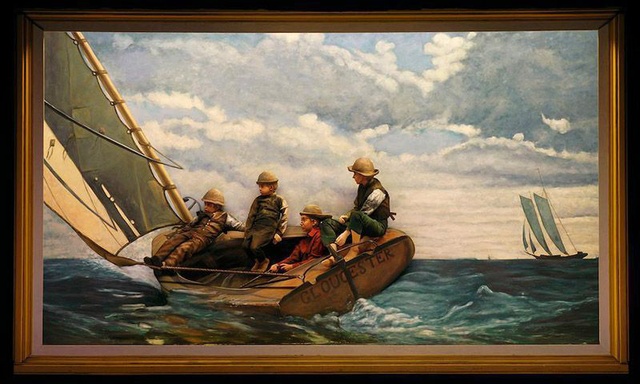 Winslow Homer's "Breezing Up (A Fair Wind)" is recreated at the Pageant of the Masters.

Pageant of the Masters

☝️ That's not a painting.

What look like brush strokes on an antique canvas are real people enhanced with makeup, staging, and lighting. The Pageant of the Masters began in 1933 as a publicity stunt for a fair put on by painters in the art colony of Laguna Beach. It was a hit. Now in its 88th year, the pageant has become an event of its own, in which hundreds of volunteers enact hauntingly accurate scenes from famous paintings for summer audiences. This year's show — with odes to works by Edward Hopper, Norman Rockwell, and Leonardo da Vinci — is running now through Sept. 3. Smithsonian Magazine

See the pageant crew demonstrate how the artworks are assembled. 👉 YouTube (~5 mins) 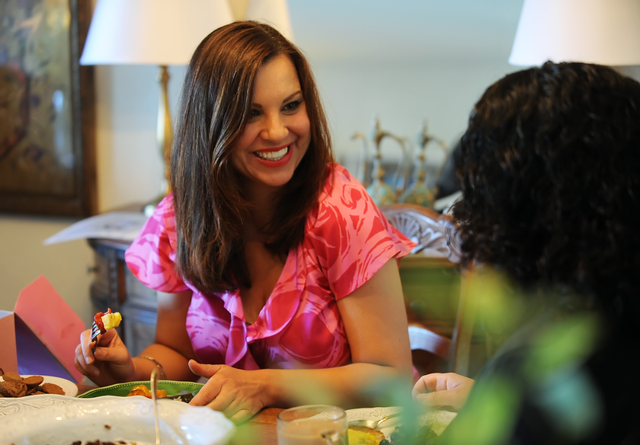 ... Jasmin Darznik, a Bay Area, Iran-born writer. Her most recent book, "The Bohemians," imagines the friendship between a young Dorothea Lange and her Chinese American assistant in 1920s San Francisco (it’s one of the New York Times' summer 2021 reading recommendations).

A: Tomales Bay. It’s one of the most beautiful spots on earth, and it only exists because a band of activists rallied to preserve it in the 1960s. Before visiting, everyone should also watch “Rebels With a Cause,” the documentary that tells that story.

“The Unfit Heiress” devastated and educated me. The true story of a California heiress whose mother had her forcibly sterilized in 1934, it also tells the story of how sexism and racism enabled the state’s thriving eugenics movement.

There’s a little place called Jasmine Market tucked back in the Montecito shopping center in San Rafael that sells Persian staples you can’t get anywhere else. Best of all, they have a deli and hot food bar that’s fresh and homemade and very reasonable.

Dorothea Lange, for her views on the artist’s role in social justice; Cesar Chavez for his insights on activism and equity; and Kevin Starr, the late California state historian, for his extraordinary knowledge of the state’s past. I can’t imagine they’d need my help getting the conversation started, but in that unlikely event I’d ask them why they made California the focus of their lives’ work.

You describe your experience immigrating to the U.S. as helping you become a "first-class noticer." Amid the changing demographics of California and the turmoil of the last year, what have you noticed that you think is left out from our current discourse?

The current discourse is desperately wanting in historical context. There’s a line I love by the writer Will Irwin: “San Francisco isn’t what it used to be, and it never was.” Our idea of California is a beautiful dream, and one worth holding onto in some ways, but the turmoil of the last year isn’t an aberration, and it’s impossible to think critically or creatively about the future without considering the past.

On Aug. 6, the newsletter included a story about a dramatic video that purported to show a San Diego County sheriff's deputy collapsing after handling fentanyl. Health experts have since pushed back, saying it's impossible to overdose on fentanyl simply through dermal contact. Sheriff Bill Gore acknowledged that he, not a doctor, concluded the deputy overdosed. A.P. | N.Y. Times