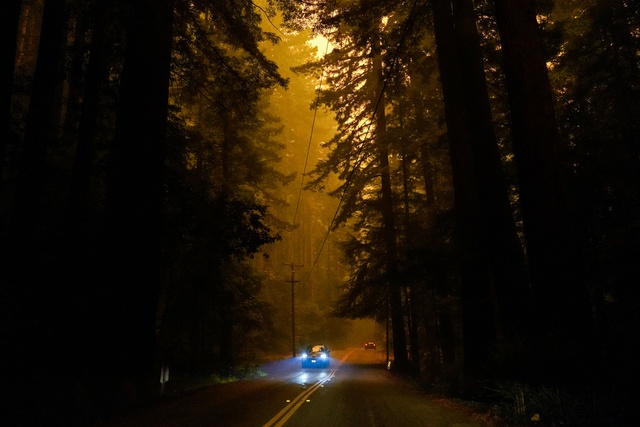 Wildfire smoke hung in the air in Felton last summer.

An analysis of air quality data revealed dramatic increases in smoke days across California over the last decade. San Jose faced the sharpest rise of any major U.S. city, from fewer than 10 annual smoke days a decade ago to roughly 45 in recent years. But the choking of the Central Valley has been far more severe. In Willows, residents inhaled smoke 122 days last year, or one out of three days. "Kids will say, ‘I have a headache, I have a headache,’" a third-grade teacher said. "You hear it all the time." NPR’s California Newsroom

California has a nonpartisan system for drawing congressional districts. But hidden partisans have found a way to influence their work — by posing as neutral members of the public during hearings. In August, a man called in to a meeting to advocate for grouping military communities together in north San Diego County. He identified himself as “small business owner." He failed to mention that he's also a Republican running for Congress from the area. CalMatters 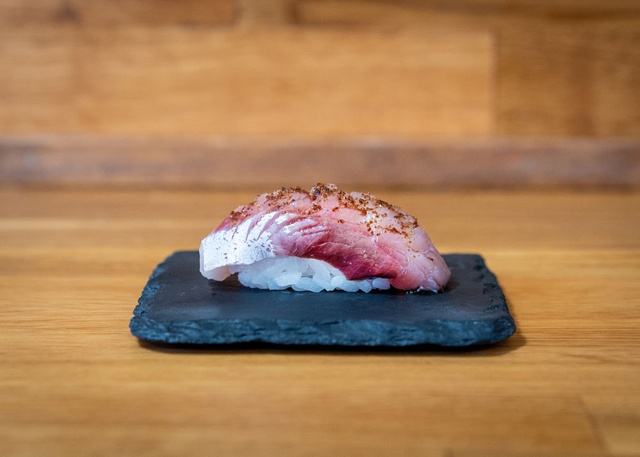 The Michelin Guide, the authoritative star rating system for restaurants, released its 2021 selections for California. Ninety restaurants made the new guide, which underscored how the pandemic disrupted dining in San Francisco. The city saw nearly half of its 30 one-star restaurants fall off the list, principally because of closures, swinging the balance of power in California’s restaurant world toward the south. Bloomberg

"No one knows this pain but us."

More than 450 people were killed across the Bay Area in 2020, a 25% increase from 2019. But according to a new analysis, the deaths were not uniformly distributed. Compared with the 2015-19 average, homicide rates actually fell in San Francisco and affluent suburbs, while soaring in places like Vallejo, Oakland, and Stockton. The overwhelming majority of victims were male and Black or Latino. The Guardian

The photographer Josh Edelson flew a drone over Greenville more than a month after the Gold Rush town was overrun by the Dixie fire. The view from above brings the scale of destruction into sharp relief. It's hard to look at. Accuweather (~1 min)

In a column in The Atlantic, Adrienne LaFrance argues that the largest autocracy on earth has taken root on California soil: It's called Facebookland. A supranational regime with 2.9 billion monthly active users, Facebook is no mere website, corporation, or utility, she wrote: "It is all of these things. But Facebook is also, effectively, a hostile foreign power.”

Nathaniel J. Bice, a set and costume designer, has become a hit on social media with tiny paintings of the shops, homes, and landmarks that make the Bay Area so charming. His work, he told the Sun, is shaped by the idea that the places are imbued with stories of the people who built and occupy them. "There's an overwhelming sense of how loved this place is by the people who live here," he said.

Below, a few favorites. 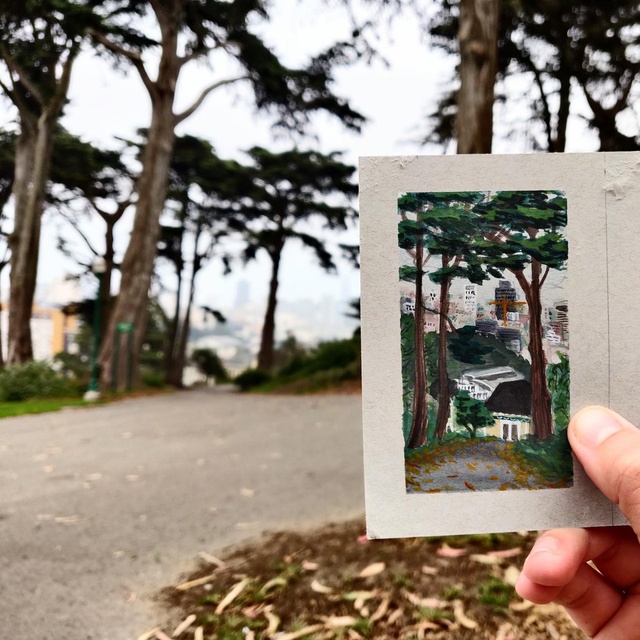 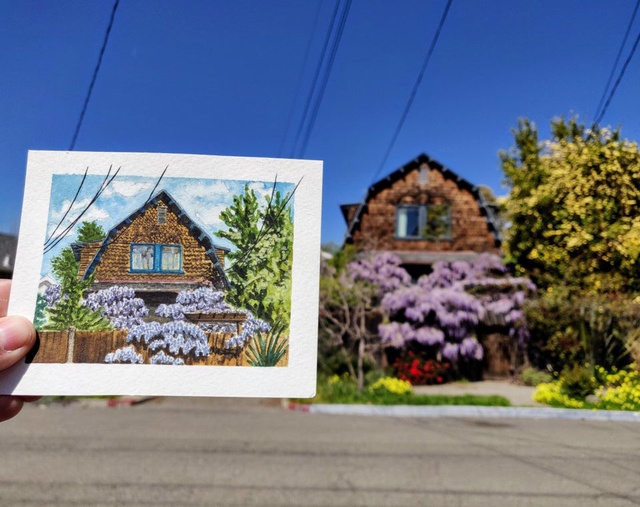 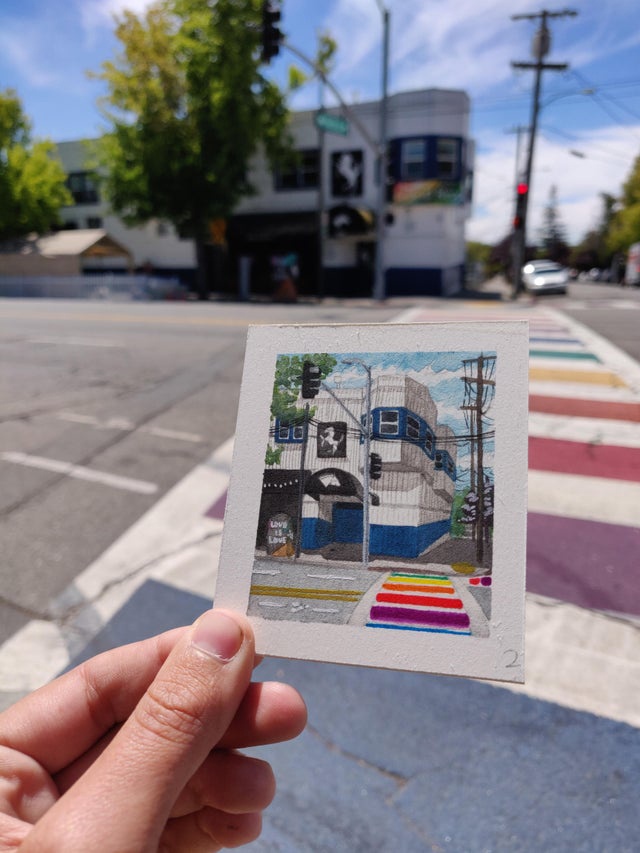 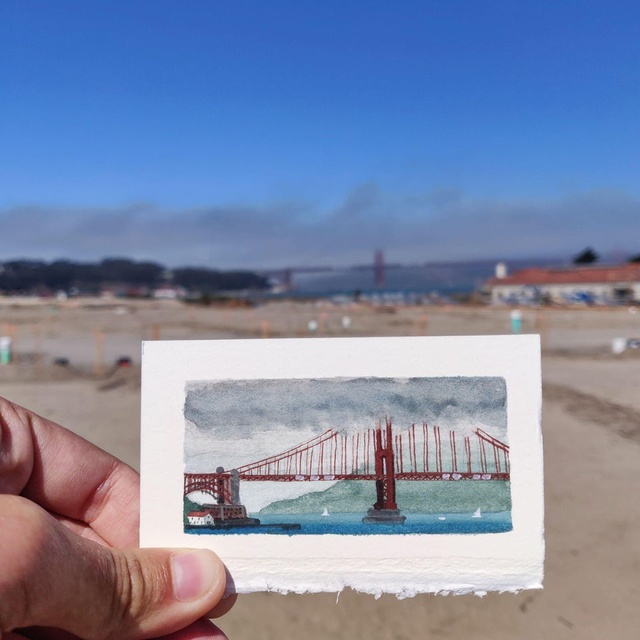 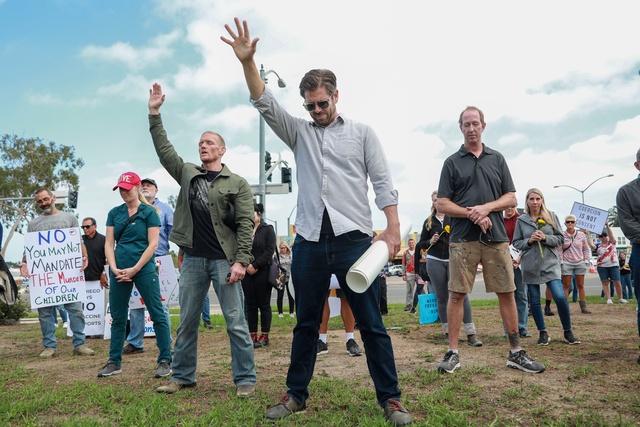 San Diego Unified, California's second-largest school district, became the latest to mandate coronavirus vaccines for staff and students. In a unanimous vote Tuesday night, the board ordered employees and students 16 and older to get their shots by Dec. 20. “It could not be more clear that this is the right move for us to take tonight,” Board President Richard Barrera said. Hundreds protested outside. S.D. Union-Tribune | FOX 5 San Diego

It could be a matter of time before a student vaccine mandate goes statewide. Gov. Gavin Newsom said Tuesday that option is "on the table." Sacramento Bee

William Briggs, president of the civilian panel that oversees the Los Angeles Police Department, on vaccine resistance within the police force:

“I personally find it appalling that the personnel of a department charged with public safety would willfully, intentionally, and brazenly endanger the lives of those who they have taken an oath to protect." L.A. Times 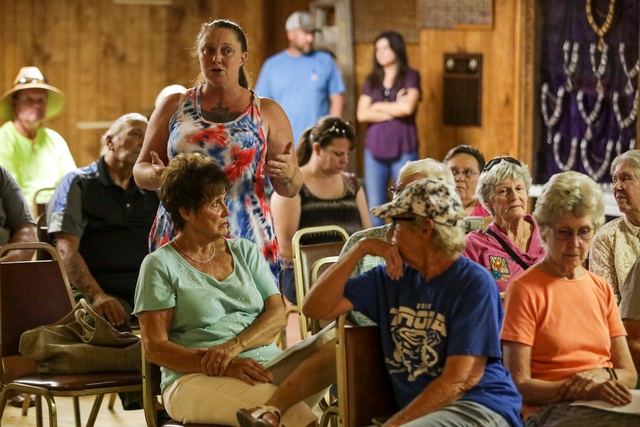 Kimberly Petersen, 42, spoke at a community meeting in Trona on July 29.

“We’re elderly. What are we going to do? We can’t just start over.”

Trona, a scorched corner of the Mojave Desert known for its mineral processing and tufa spires, faces a looming threat to its existence. The town's roughly 1,700 residents have no source of clean water, relying on groundwater pumped from wells 30 miles away. But legislation passed in Sacramento to protect the state's dwindling aquifers has threatened access to that water. The anxiety at community meetings is palpable. L.A. Times

A skirmish in California's push toward renewable energy is playing out in the desert east of San Diego. Last month, county supervisors approved a field of solar panels at the edge of Jacumba Hot Springs. Now the town of roughly 300 residents has sued, employing the law firm that fought the Keystone XL pipeline project. “This project would never be proposed in a wealthier community,” said Jeffrey Osborne, owner of the Jacumba Hot Springs Resort. S.D. Union-Tribune | KPBS 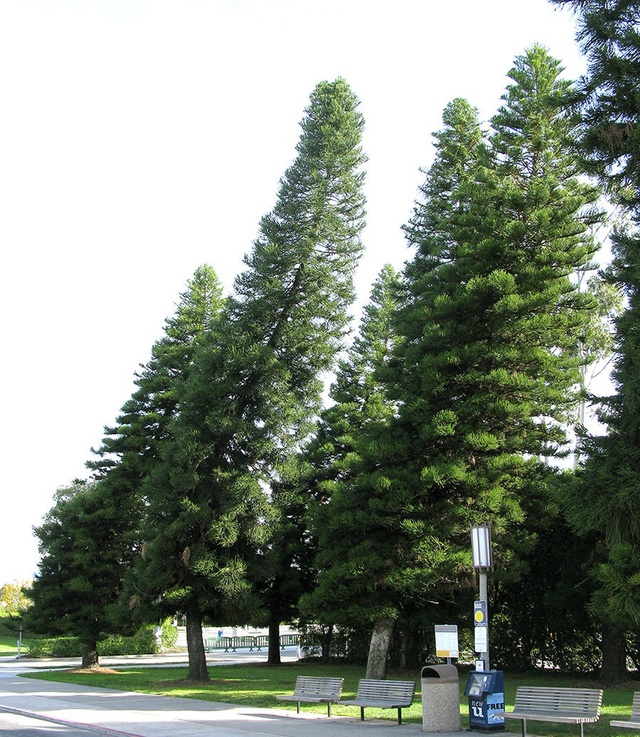 All of California's Cook pines lean conspicuously in the same direction, as though buffeted by strong winds. The quirk of the otherwise unremarkable tree was discovered a some years ago by Matt Ritter, a botany professor at Cal Poly San Luis Obispo. He reached out to a colleague in Australia to ask about the Cook pines there. “He said, 'Yeah, they all lean north.' And I said, 'You mean south,'” Ritter told a campus publication. After more research, Ritter concluded that Cook pines around the globe all lean toward the equator — and the further away they are, they greater the slant. The trait had never before been documented in the plant kingdom. Why is another mystery altogether. L.A. Times | New Scientist