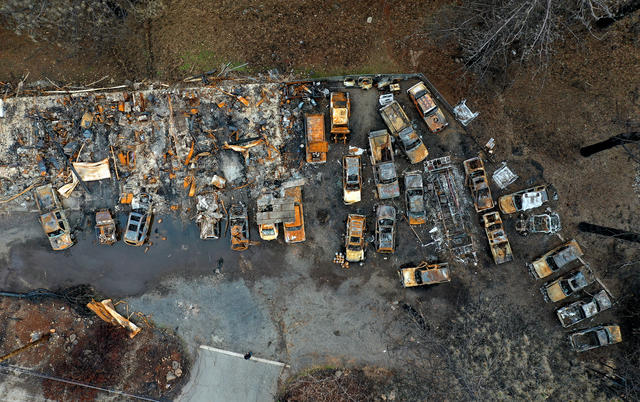 Incinerated cars in Paradise on Feb. 11.

"A pattern of neglect."

An investigation by California regulators concluded that PG&E failed to properly inspect and maintain transmission lines for years before an aging line sparked the deadliest fire in California history. As a result, the chance to avert a catastrophe that annihilated the town of Paradise and killed 86 people was lost. S.F. Chronicle | Reuters 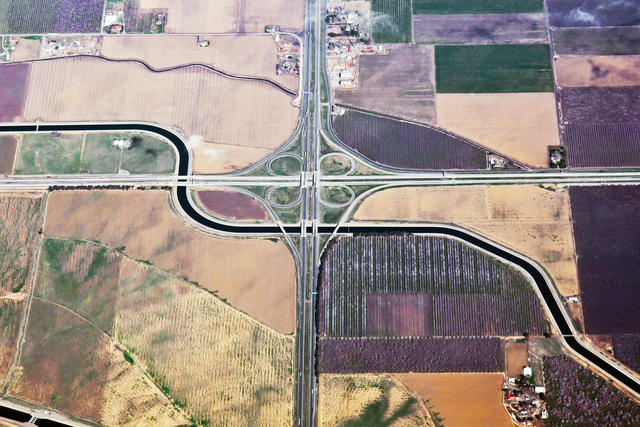 A canal slicing through farmland the near Tracy illustrates the heavily engineered landscape.

The Central Valley once hosted one of the West Coast's largest salmon runs. Then thousands of levees severed rivers from their floodplains, which had served as nurseries for young salmon on their way to the Pacific. Now a movement is growing to repurpose rice farms as surrogate floodplains during months they would otherwise lie fallow.

Lots of farmers initially scoffed at the idea — but that's changing. "Fish abundance equals water security," an ecologist explained. "It doesn't have to be fish versus farms. It can be fish and farms." Here's a fascinating look at the effort, including some gorgeous photography. bioGraphic

The L.A. Times submitted more than 100 public record requests to determine how many people are dying of preventable deaths at California psychiatric facilities. It found nearly 100 over the last decade, the first public count of such deaths. They reveal serious lapses in patient safety. L.A. Times | Axios

The Sierra Nevada has been draped in a luxuriant blanket of snow over the last week — with more on the way. Some views:

The images above were shared by Mammoth Mountain, where more than 6 feet of snow has fallen since last Wednesday. The resort said the holiday weekend was among the most fun in recent memory. 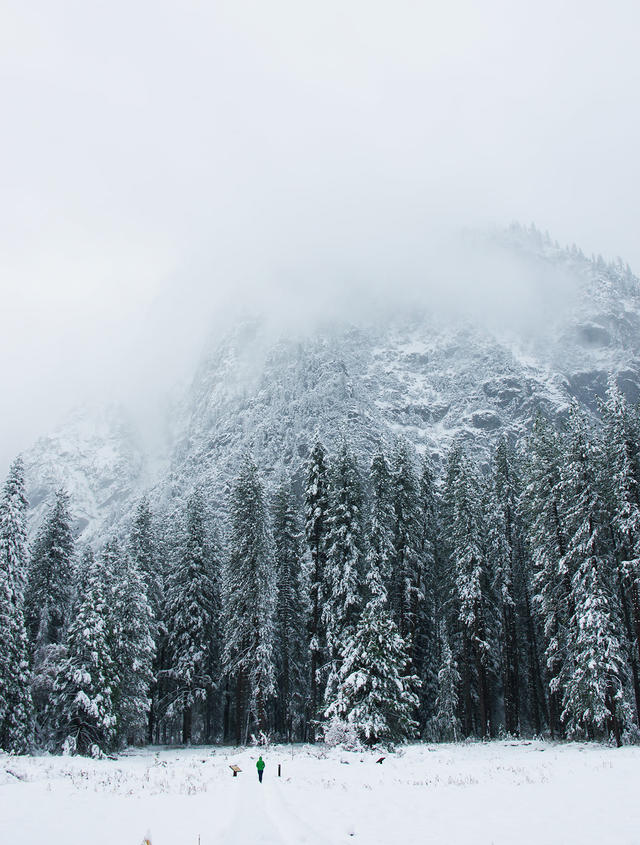 Yosemite National Park posted this enchanted scene, along with a bit of wisdom from Ansel Adams: "When words become unclear, I shall focus with photographs. When images become inadequate, I shall be content with silence."

Sonoma County sheriff's deputies thought David Ward, 52, was a stolen-vehicle suspect. He wasn't. They pursued his vehicle on Nov. 27, surrounded it, and put Ward in a controversial neck hold, killing him. "According to all information released so far," the S.F. Chronicle wrote, "Ward was an innocent man." S.F. Chronicle | Press Democrat 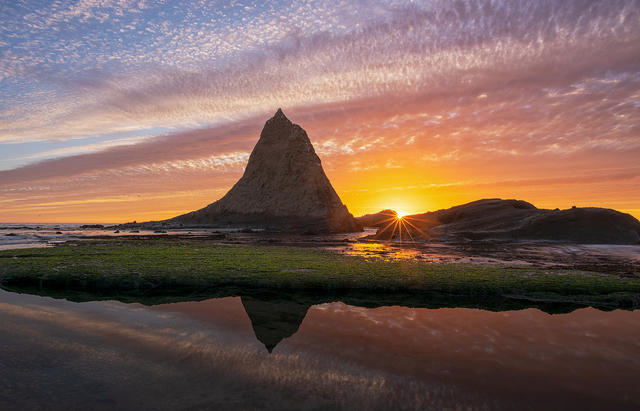 A sharkfin-shaped rock is a signature feature of Martins Beach near Half Moon Bay.

The billionaire Vinod Khosla is still trying to block public access to Martins Beach — and he got a win last week. A California appeals court ruled that people don't have an unimpeachable right to the only road that leads to the public beach. But thanks to his loss in another case, Khosla still can't pull out his padlock anytime soon. Curbed San Francisco | Mercury News

Under California law, you could have video proof of someone breaking into your car, but if prosecutors can't prove the door was locked they may not be able to win a conviction. As an epidemic of car burglaries roils San Francisco, legislators introduced a bill to close that loophole. But others killed it, reluctant to put more people behind bars. L.A. Times | KTLA 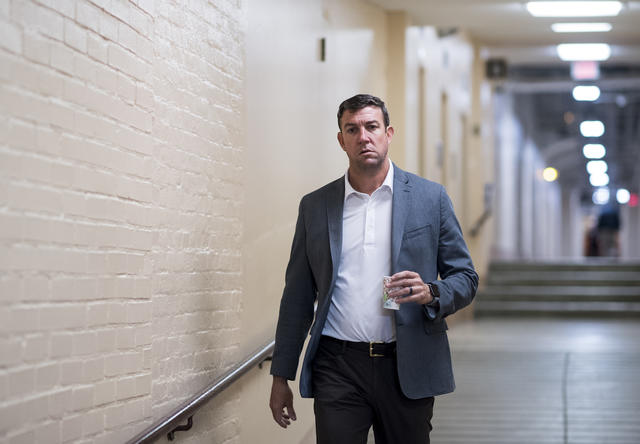 Rep. Duncan Hunter had claimed to be the victim of a political witch hunt.

According to prosecutors, he used campaign funds to pay for extramarital affairs with at least five different women and joked about passing off golf purchases as a donation to wounded veterans. Now Rep. Duncan Hunter, of San Diego County, plans to plead guilty to misusing campaign funds and is prepared to go to jail. S.D. Union-Tribune | Politico

In Orange County, there are now slightly more registered Democrats than Republicans for the first time in more than 40 years. That's after a furious registration effort by Democrats, who are trying to keep their historic flip of four county congressional seats from being a one-hit wonder. S.F. Chronicle 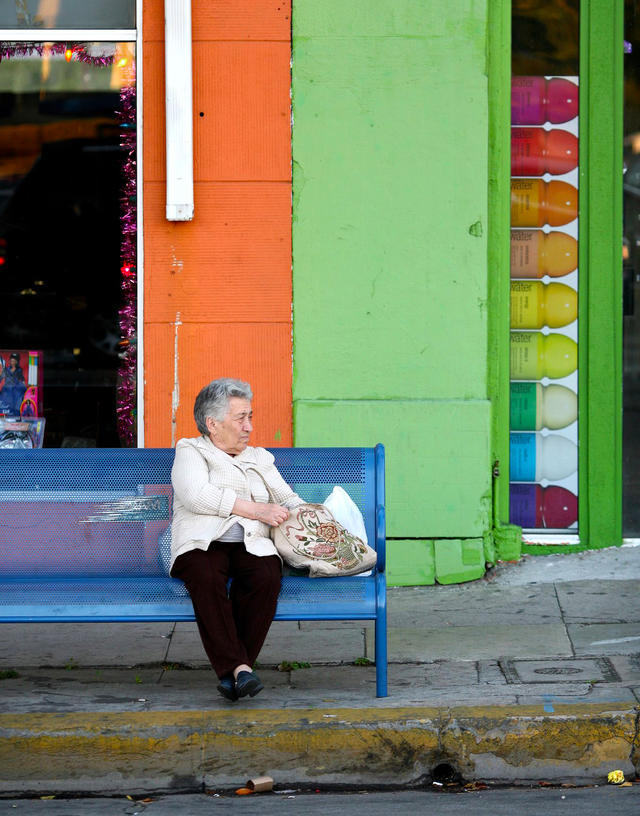 In Los Angeles, the city’s buses and baking sidewalks are left to those on the lower economic rungs.

In Los Angeles, city officials are treating rising temperatures as a growing crisis. They are rushing to deploy shade to hundreds of bus stops and plant 90,000 new trees. Also (gasp) this: "As part of this effort, some of the city's famous palm trees, which have defined the image of the city but do not provide much shade, could be replaced." N.Y. Times | Places Journal

The U.S. Department of Justice is suing the city of Hesperia in San Bernardino County, accusing it of discriminating against black and Latino renters. A 2016 rental ordinance — called the "Crime Free Rental Housing Program" — required landlords to evict tenants accused of crimes. That led to whole families, including children, being ousted for the alleged conduct of one tenant. A.P. | L.A. Times

A couple of looks back at the way we were: 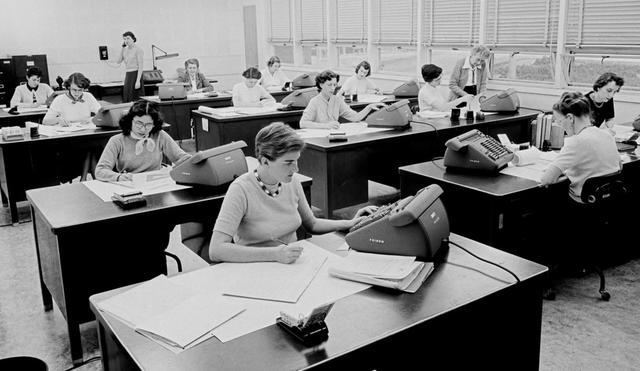 This image shows workers at the Jet Propulsion Laboratory in Pasadena, circa 1955. According to the author Nathalia Holt, our early adventures into space would never have happened without the "rocket girls." Women were the lab's "computers" when the word referred simply to a person who computes. They later became programmers and engineers, "touching just about every mission you can think of." The Atlantic | National Geographic 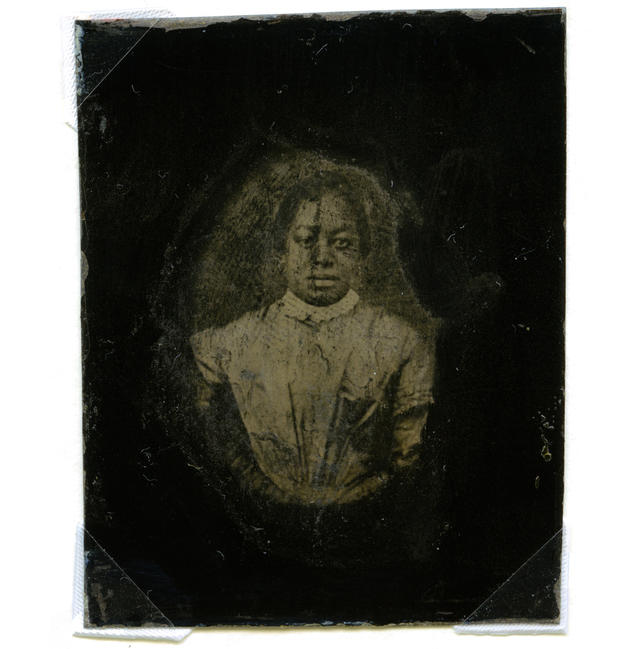 Another unsung woman from California's past: Elizabeth Thorne Scott Flood, known as the mother of desegregated education in the state. When her son was barred on racial grounds from attending a Sacramento school, she opened a school out of her home in 1854.

A few years later, she moved with her family to the Bay Area, where she started another school and helped establish Shiloh African Methodist Episcopal Church, Oakland's oldest black church. Flood died at 39, having never seen integrated education in California. But her youngest daughter was among the first students to attend Oakland's integrated public school in 1872. BlackPast.org | Oakland Library