Please note: The newsletter will pause Monday. Back in your inbox on Tuesday. 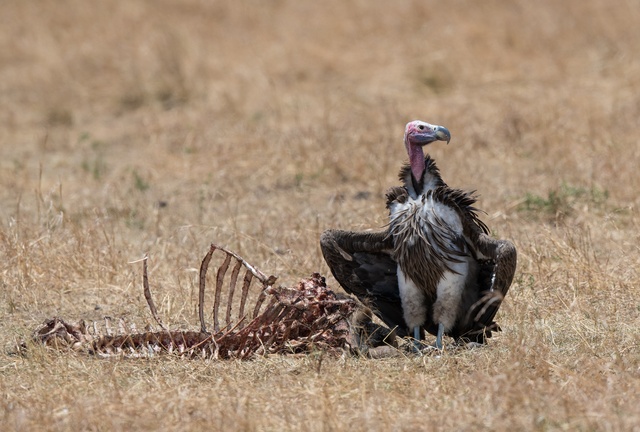 A statewide task force established to recommend a reparations plan for Black Californians is split on a crucial question: Who should qualify? Some argue that reparations should flow only to those who can trace their ancestry to enslaved people. Others say all Black Californians deserve restitution, including recent immigrants from Africa. Task force member Lisa Holder: "If you have Black skin, you’re catching hell, and you deserve some kind of reparations, and we can start there.” S.F. Chronicle 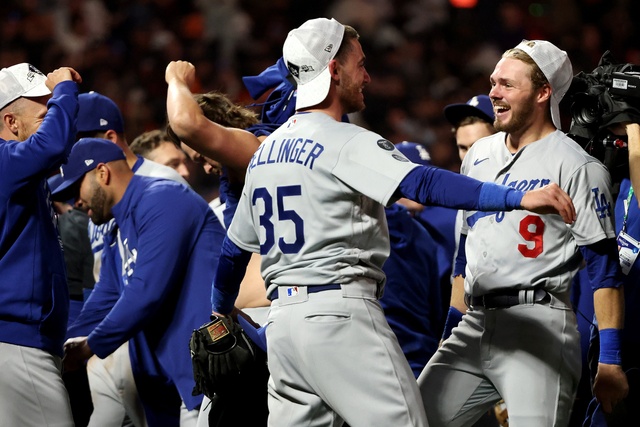 The Dodgers celebrated after toppling the Giants at San Francisco's Oracle Park on Thursday.

The Dodgers will meet Atlanta for the pennant after dispatching the Giants 2-1 in Game 5 of the National League Division Series on Thursday night. What had been a poetic clash, however, ended on an off note as the final out was delivered with a bad call. With two outs and two strikes, Giants batter Wilmer Flores checked his swing on a pitch out of the strike zone, but the first base umpire determined he had swung through. More than a few sports writers said the Dodgers deserved the win, wrong call or not. Still, as an ending to the series in one of the greatest rivalries in baseball, it was a bitter pill for Giants fans. L.A. Times | S.F. Chronicle

The L.A. Times' Bill Plaschke: "There’s a new ruler of an ancient rivalry." 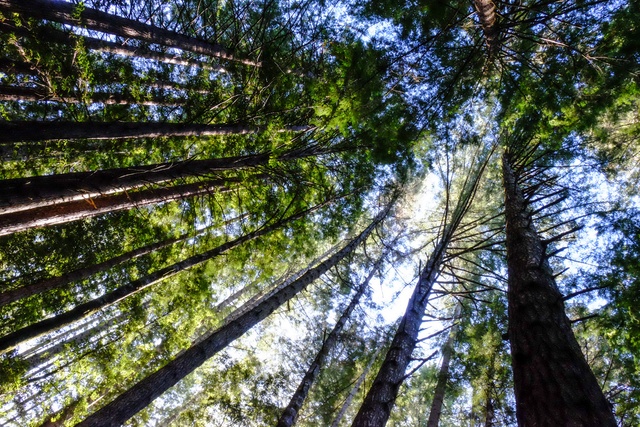 Jackson Demonstration State Forest has become a battleground over logging.

The tactics of the 1990s timber wars are being revived in a Mendocino County forest, where a redwood timber harvest began this year. Unlike past battles, however, this one is being fought in the context of heightened anxiety over climate warming and monster wildfires. Cal Fire, which owns the property, has said the cull will promote forest health. The activists say the state is caving to logging interests. SFGate.com

“I and my colleagues are getting really tired of the type of activism that pretends to be science and in fact is just self-serving garbage.” Wildfire experts are pushing back more forcefully against activists who oppose forest thinning. Sacramento Bee 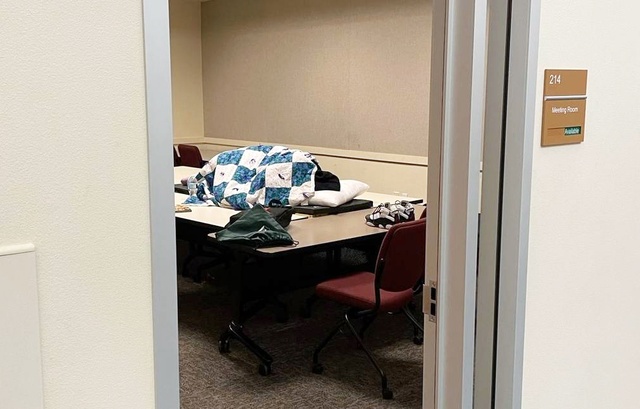 A child slept on a table at an office of Fresno's child services agency.

One child sleeps on a conference table; others on the floor. Scattered around are broken glass and bottles filled with urine.

Photos taken inside an office used by Fresno County's child services agency caused an uproar after they were published Wednesday in the Fresno Bee. Social workers told the newspaper that children awaiting foster placement are sometimes kept in appalling conditions at the office for as long as two weeks, a practice that has persisted for years. Fresno Bee | GV Wire

Since 2009, Waymo, Alphabet's driverless car company, has been sending its vehicles all over San Francisco to collect map and traffic data. But something appears to have gone haywire in one sleepy neighborhood. Every day for weeks, as many as 50 Waymo cars have headed down a dead-end street, lurched to a stop as if confused, performed a multipoint turn, and headed out the way they came. "It’s literally every five minutes," one resident said. "And we’re all working from home, so this is what we hear.” KPIX | The Verge 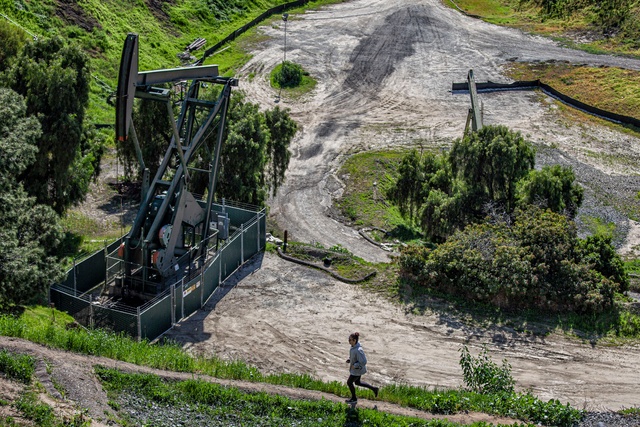 Most oil-producing states have regulations dictating how far oil wells must be from homes and schools. In California, it's a regulatory free-for-all: Some counties have strict buffer zones, but others have none at all. As a result, Texas and Wyoming do a better job protecting communities from oil and gas drilling. This investigation includes eye-opening visualizations of where wells are concentrated across Los Angeles County. 👉 Grist

The Coast Guard on Thursday said the size of the oil spill off Orange County two weeks ago was drastically smaller than feared. Officials initially estimated as much as 144,000 gallons of oil leaked from an undersea pipe. A Coast Guard spokeswoman said the agency is now confident that the true figure is around 25,000 gallons, or less than one fifth of the earlier estimate. A.P. | L.A. Times

Former President Clinton was admitted on Tuesday to the intensive care unit at UC Irvine Medical Center, after a urinary tract infection spread to his bloodstream. Doctors said Thursday that his health was much improved thanks to a course of antibiotics. "We hope to have him go home soon," they said in a statement. Clinton, 75, was in Southern California for a private event when he reported feeling unwell. CNN | A.P. 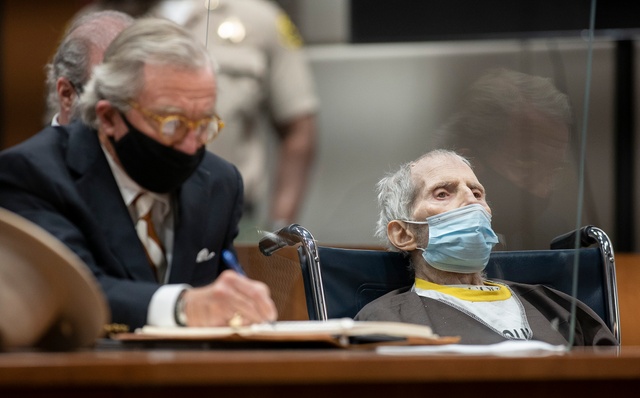 Robert Durst with his lawyer, Dick DeGuerin, in a Los Angeles court on Thursday.

A Los Angeles judge on Thursday sentenced Robert Durst to life in prison without parole for the killing in 2000 of a close confidante. The punishment comes nearly four decades after Durst's first wife vanished in New York. Prosecutors said Durst shot his friend Susan Berman inside her Los Angeles home because she was about to talk to the police about his wife's disappearance. In a victim statement, a cousin of Berman’s fought back tears while saying, “I visited her and told her she could rest easy, that justice has been done.” L.A. Times | N.Y. Times

On this week's podcast, host Jeff Schechtman talks with Doug Thompson and Robin Kobaly, ecologists who have called for stricter water conservation among the many golf courses of the Coachella Valley. They couple took up the cause after a groundskeeper casually mentioned how much water his golf course uses each night: 1.2 million gallons. "It was staggering for us," Kobaly said. "We just didn't know." 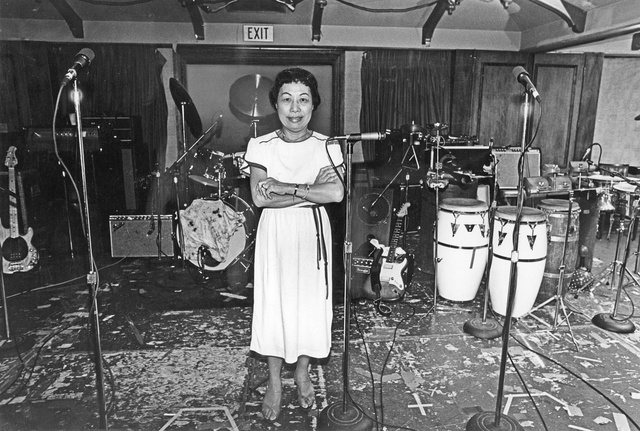