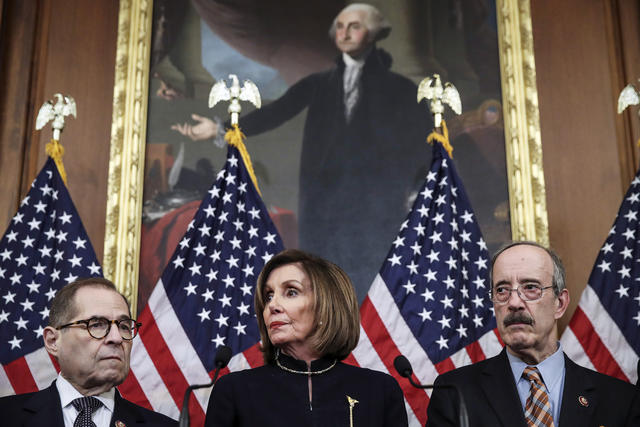 Speaker Nancy Pelosi addressed a news conference after the House voted to impeach the president.

In 2018, Nancy Pelosi's bid to reclaim the speaker's gavel faced doubts from some Democrats, who questioned her liberal bona fides, and President Trump, who mocked her leadership skills. Since then, wrote the Washington Post's Paul Kane, she has established herself as the president's most powerful adversary, culminating Wednesday as she presided over his impeachment. Washington Post

California Democrats cast 1 of every 5 votes for Trump's impeachment. That amounted to 45 votes, compared to seven by California Republicans, as the state's lawmakers voted along party lines. Sacramento Bee

Last year, Gavin Newsom made support for single-payer health care a centerpiece of his campaign for governor. Now he's announced the formation of a commission that will study how to get there. The 17-person body will look at national health insurance programs in countries like Canada and Germany and consider what could work in California. S.F. Chronicle | Politico 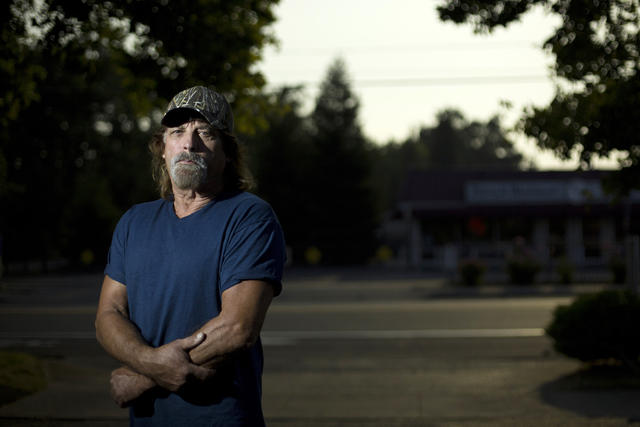 Victor Hayes was held hostage in 1977 while his girlfriend was raped.

The L.A. Times wrote about some of the less examined victims of the Golden State Killer: The men whose lives were shattered. Twenty-nine men and boys were bound up and forced to witness the rape and terror of their loved ones. Many carried feelings of intense guilt and emasculation through their lives. "They don't see [their experience] as trauma," a trauma specialist said. "They see it as failure." L.A. Times 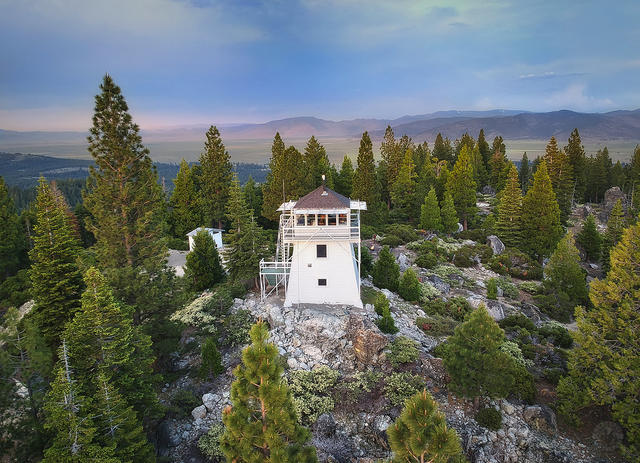 One of the most unique places to get away is among the stars at dozens of decommissioned fire lookouts across the Western states. Lookouts perched high above the Sequoia, Lassen, and Shasta-Trinity national forests, among other places, offer incredible panoramic views and unexpected comfort. And they only run about $75 a night. Washington Post | theCalifornist

Terry Musgrove, who shared the photo of the Calpine Lookout lookout in Tahoe National Forest above, has a fantastic collection of photos of Forest Service cabins and lookouts across the Western U.S. Flickr 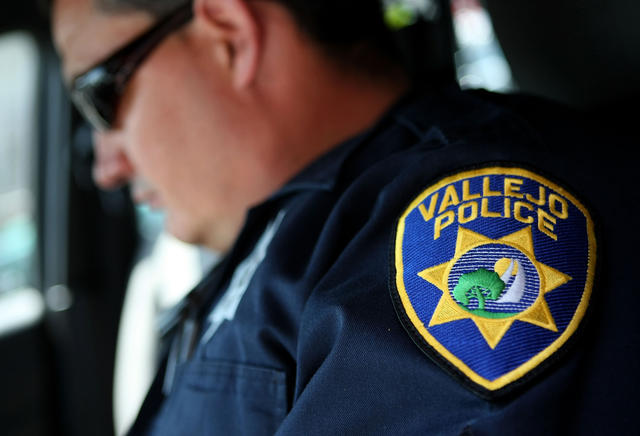 Since 2010, no Vallejo officer has been disciplined for using deadly force.

Over a two-year period, the Vallejo police department fatally shot three times as many people as did the police force in San Francisco, a city with seven times Vallejo's population. Officers use a shooting method known as the "zipper drill," which means aiming at the groin and working your upward, firing continuously. A police force expert called it "cockamamie." "This makes no sense logically and tactically," he said. "It will only result in unnecessary injury and death." The Appeal

A 17-year-old climbed over a fence at the Fresno airport, hopped into the cockpit of a private plane, and slammed it into a building, authorities said. The plane was never airborne, and no one was injured in the crash, which was captured on video. The girl was booked into juvenile hall. YourCentralValley.com | Fresno Bee 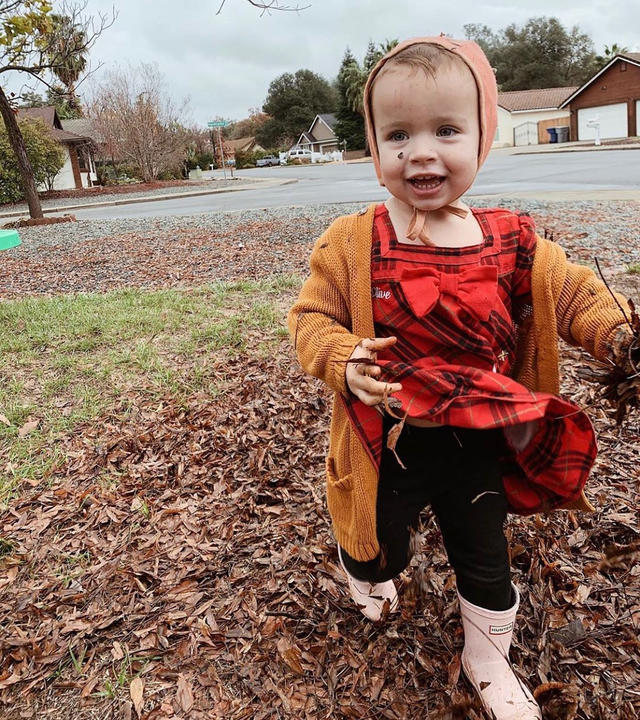 A Northern California megachurch is attempting the resurrection of a 2-year-old girl who died over the weekend. Redding's Bethel Church has attracted a massive following to its faith healing ministry known as Jesus Culture. Video shared on social media showed congregants singing and praying passionately to bring the girl back to life. Record-Searchlight | Sacramento Bee

Maxine McCormick, of San Francisco, started fly casting when she was 9. Now 15, she is already a legend. At a fly fishing expo in Oregon, the crowd was mostly older and male. "They have seen Maxine cast. They are astonished. They are on a mission to look her in the eye and let her know that they are just so proud of her." Outside magazine 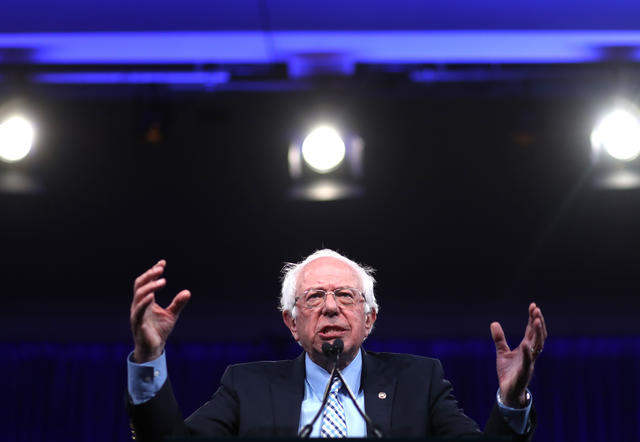 Sen. Bernie Sanders, in San Francisco on Aug. 23, is the top choice of California Democrats, a poll showed.

Seven Democratic presidential candidates will meet in Los Angeles today for the last debate of the year, as they vie for biggest prize in the primary season: California's 495 presidential delegates. Coming a day after the impeachment vote, the debate will underscore the question on many Democratic voters minds: Who can beat President Trump? A.P. | L.A. Times

The race to replace Katie Hill in Congress has descended into chaos thanks to the candidacy of Cenk Uygur, a YouTube star seen by critics as a self-aggrandizing carpetbagger. Political operatives circulated clips of Uygur saying offensive things about women, gays, and religious Jews and Muslims. Bernie Sanders endorsed him, then almost immediately changed his mind. HuffPost 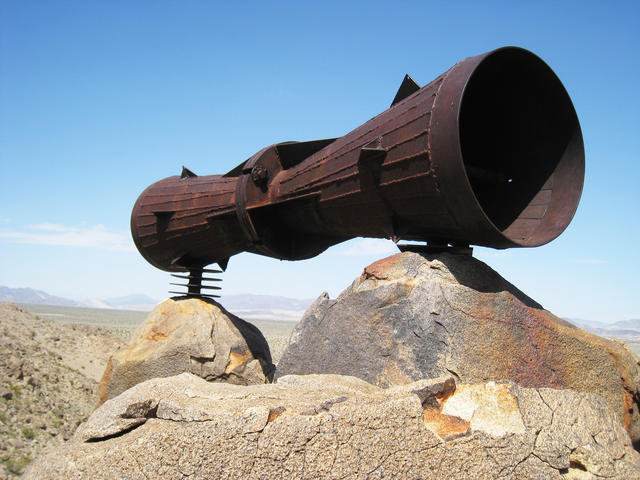 The Greater Southwestern Exploration Company/CC BY 2.0

Bolted atop some rocks in the middle of the Mojave Desert is an 8-foot-long megaphone-shaped object that has defied explanation for years. No one knows how the Mojave Megaphone got there or what its purpose was. One certainty: It took some effort. Atlas Obscura 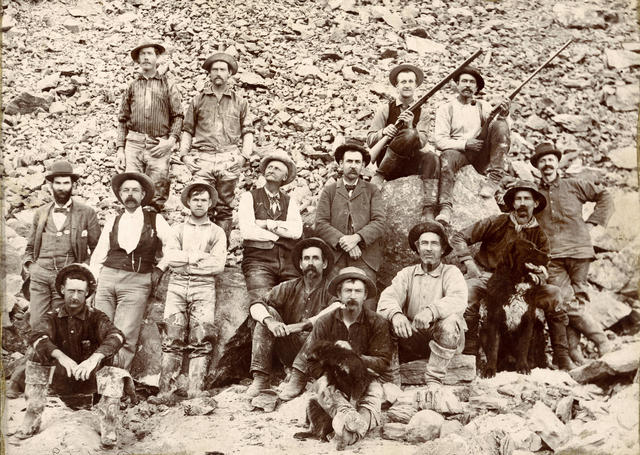 Miners in Plumas County, circa 1883. Widespread banditry made guns a part of the job.

The Gold Rush saw rates of homicide never equaled in American history. The reasons were myriad, among them feeble law enforcement, ethnic strife, and a bachelor cult of masculinity. Young men armed themselves to the teeth and died in brawls and raids by the thousands.

It was on this day in 1854 that one of the bloodiest bursts of violence erupted. Jonathan Davis, a prospector, was trekking along the North Fork of the American River with two companions when 14 armed bandits pounced. In the days prior, the gang had robbed and killed 10 other miners in the area.

Both of Davis's companions were quickly dispatched, one killed instantly and the other badly wounded. Davis, an Army veteran known for expert marksmanship, pulled out both of his Colt revolvers and fired methodically. Seven attackers fell dead or dying. Out of bullets, Davis produced a Bowie knife, slicing a nose and finger from one attacker and plunging the blade into another. 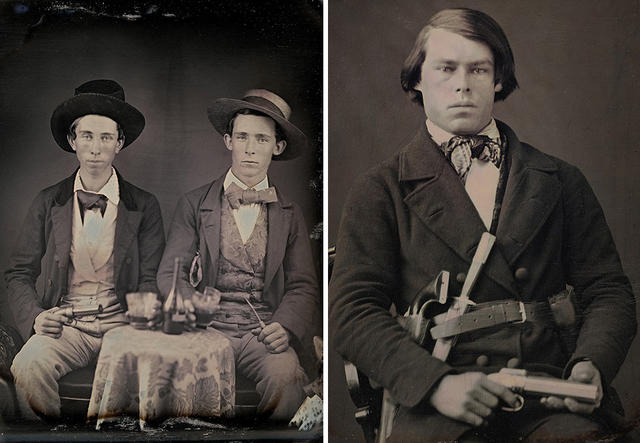 No known image of Jonathan Davis exists. These men of the Gold Rush, guns and knives drawn, display styles typical of the era.

By the end of the battle, 11 bandits were dead or close to it. Three others fled. Only Davis remained standing.

A coroner's jury later summarized the affair, which had been witnessed by three miners on a nearby hilltop: "From all the evidence before us, Captain Davis and his party acted solely in self-defense, and were perfectly justifiable in killing these robbers. Too much praises cannot be bestowed upon them for having so gallantly stopped the wild career of these lawless ruffians."

The story, repeated around campfires and in newspapers, passed into legend as the archetype of the Western gunslinger became a staple of literature and eventually film. Davis, who declared he only did what any man would, was said to disappear into the sunset. True West Magazine | Placer Historical Society