Is the California exodus real? According to Census data, the state ranks in the bottom three for proportional departure rates. CityLab 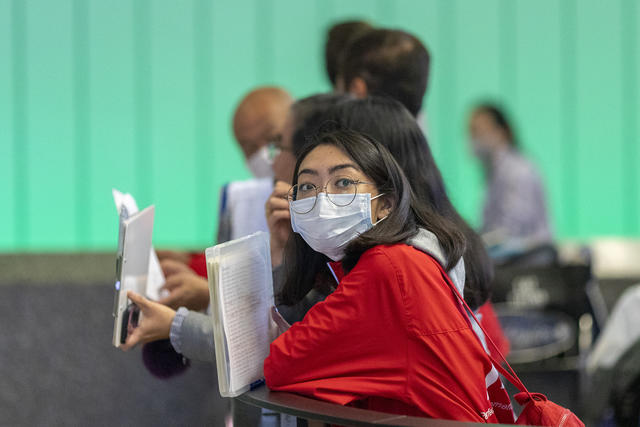 A woman waited for an international traveler to arrive at LAX on Sunday.

Three more people in Northern California were diagnosed with the novel coronavirus, officials said, bringing the country's total to 11 and the state's total to six. The latest patients are a married couple in San Benito County and a woman in Santa Clara County. They're all being isolated. "Based on what we know today," a public health official said, "the risk to general public remains low." S.F. Chronicle | Daily Beast

UC Berkeley called xenophobia a "normal" reaction to the coronavirus outbreak. That didn't go over well. CNN | The Guardian

The near-catastrophe at Oroville Dam in 2017 was a major wake-up call for California. The operators of 650 dams rated "high hazard" or "extremely high hazard" were ordered to draft emergency plans with deadlines that passed more than a year ago. The state auditor just revealed how many have been completed: 22. Sacramento Bee | A.P. 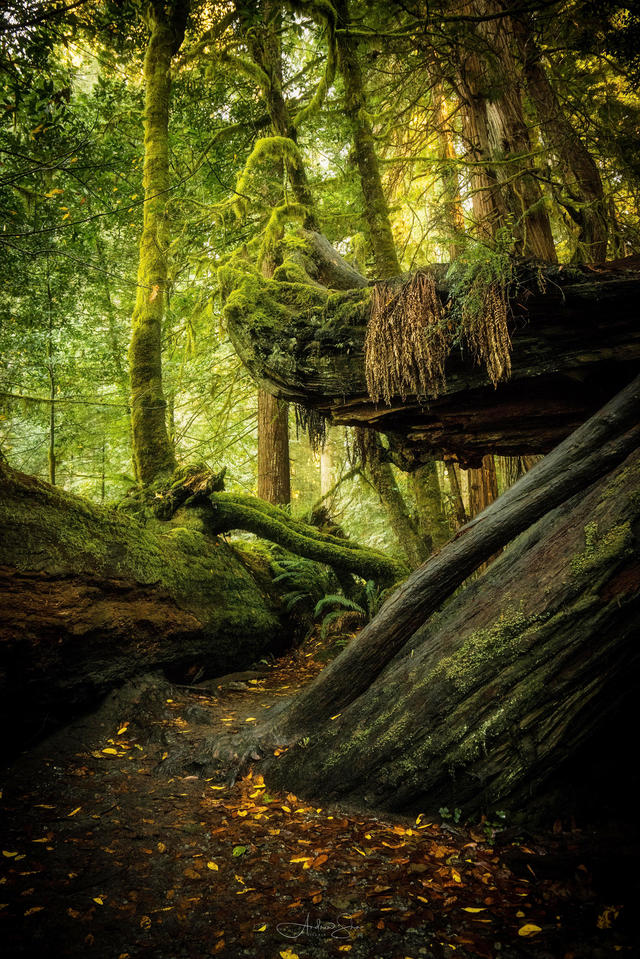 In "How to Do Nothing," the Bay Area author Jenny Odell argues against the placelessness of our online lives and in favor of what she calls "placefulness," or a sensitivity to the history and ecology of our surroundings. As Californians, buffeted as we are by notifications and a mythology of productivity, it's become ever more urgent to stop and simply notice the beauty all around, Odell writes. "The first half of 'doing nothing' is about disengaging from the attention economy; the other half is about reengaging with something else."

One option: A walk in Jedediah Smith Redwoods State Park, pictured above, a place where life is measured in millennia. Redwoodhikes.com | Flora Magazine 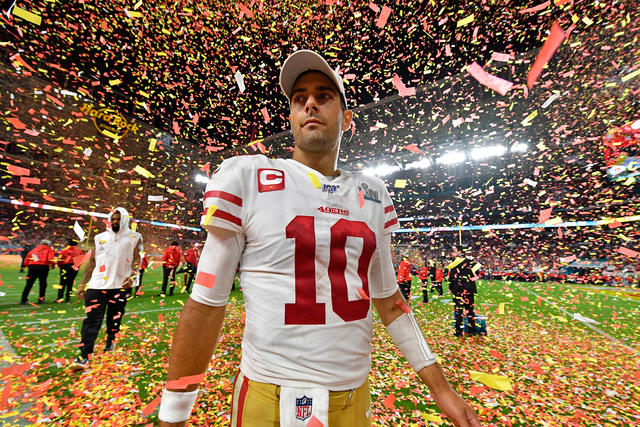 The 49ers' loss in the Super Bowl was called "stunning," "sensational," and thrilling. That's because they were up 20-10 going into the fourth quarter, with a projected 95 percent chance of winning, before the Kansas City Chiefs mounted a frenetic three-touchdown run in the final 6 minutes 13 seconds. The Niners lost, 20-31. "Extremely proud of us and everything," the 49ers head coach said. "But this is going to take a little time to get over." S.F. Chronicle | ESPN

An Atlantic writer used the occasion to raise a question: Should the 49ers reconsider their name? "Through the indiscriminate use of terrorism and murder, California's 49ers carried out one of the most successful — and, until recently, largely unacknowledged — campaigns of ethnic cleansing the world has ever seen." The Atlantic 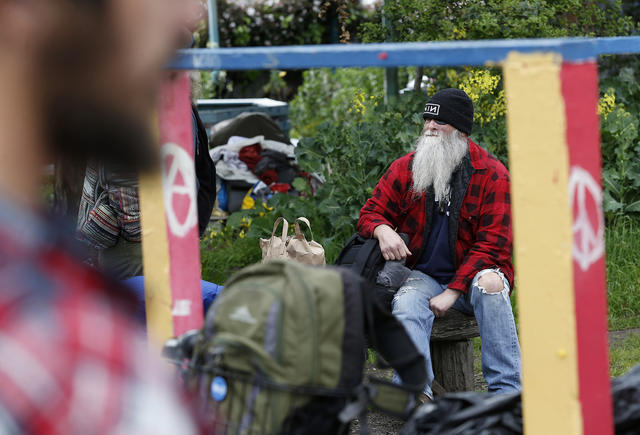 Tim Busby, who is homeless, at People's Park in Berkeley last year.

A Los Gatos woman has quietly built one of the country's largest horse sanctuaries. Alicia Goetz recalled when she learned that unwanted horses often ended up being slaughtered. "I'm like, 'Oh my gosh, this is what I have to do,'" she said. Six years later, she is caring for 493 horses on a ranch in San Benito County. NBC Bay Area

A Central Valley woman called paramedics when her son, who is autistic, suffered a seizure at an El Pollo Loco in Fresno. Instead, the police showed up, she said, and handcuffed the 16-year-old in an arrest that was captured on video. The boy, terrified, started to vomit, she said. The police said the incident was under review. KFSN | ABC News 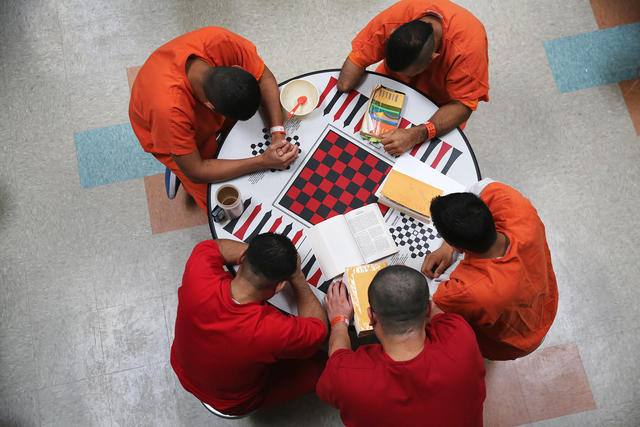 Immigrant detainees held a prayer group at the Adelanto Detention Facility in 2013.

California has been trying to rid the state of private immigration detention centers, which many lawmakers say focus on profit at the expense of detainee health and safety. Yet the facilities continue to thrive. An investigation by the Desert Sun found how Adelanto, a cash-strapped city home to a large immigration detention center, has become vulnerable to the machinations of a private corrections corporation. Desert Sun

In 2009, a well-known attorney was killed an execution-style shooting outside his Rolling Hills Estates home. But a former Southern California businessman suspected of playing a part in that case and two other killings is now living in a $2 million home in Montenegro, a country where no extradition treaty exists with the U.S. The fact that he can't be easily arrested in Montenegro, he said, is just a coincidence. He was just ready to leave California. Press-Telegram

It was common in a San Diego police lab for evidence to be contaminated with DNA from the people working there. So that was the most obvious explanation when the DNA of a criminologist in the lab, Kevin Brown, was linked to the 1984 killing of a 14-year-old girl. Even so, Brown was aggressively investigated. Then he hanged himself. His widow, who is suing, blames the detectives on the case with driving him to despair. S.D. Union-Tribune 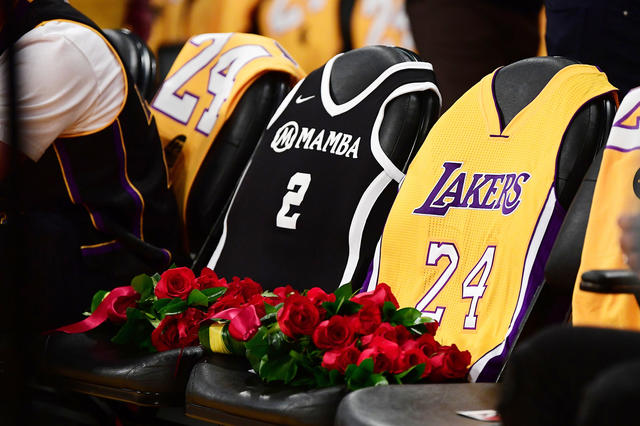 Two seats were left empty during a game at Staples Center on Friday.

When Kobe Bryant came to watch the Lakers play last month at the Staples Center, he and his 13-year-old daughter, Gianna, sat together courtside. Those seats were left empty Friday during the team's first game since the death of the Bryants and seven others in a helicopter. On their seats were roses and the No. 24 jersey of Kobe and No. 2 jersey of Gianna. A.P. | Insider

Vanessa Bryant made a request that all of the flowers, letters, and artwork left by fans at the Staples Center be sent to the family. The arena's president agreed. CNN | L.A. Times