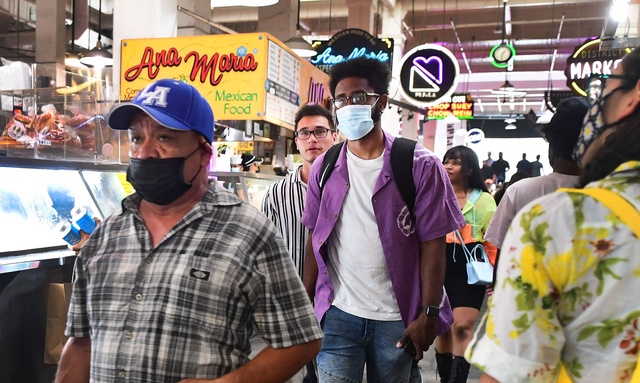 California is again ordering all residents to mask up indoors, regardless of vaccination, amid uncertainty about the Omicron variant and fears of another deadly winter surge. The mandate comes after the state's per capita rate of new coronavirus cases jumped 47% since Thanksgiving, from 9.6 infections per 100,000 people to about 14 infections per 100,000. Officials said masks would be required starting Wednesday, exactly six months after the statewide mask decree was lifted in June, and will last until at least Jan. 15.

"We know people are tired and hungry for normalcy," said Mark Ghaly, secretary of California’s health and human services agency. "Frankly, I am too. That said, this is a critical time where we have a tool that we know has worked and can work.” A.P. | L.A. Times | Sacramento Bee

One revelation from the pandemic was that needlessly onerous regulations had for decades deprived Californians of the pleasure of eating outdoors. For a time, it seemed that city agencies might take the lesson to heart, wrote The Atlantic's Conor Friedersdorf: "Instead, red tape is already creeping back like an invasive vine." Despite broad support, parklet initiatives have sputtered or died in San Diego, San Francisco, Paso Robles, and Pismo Beach. 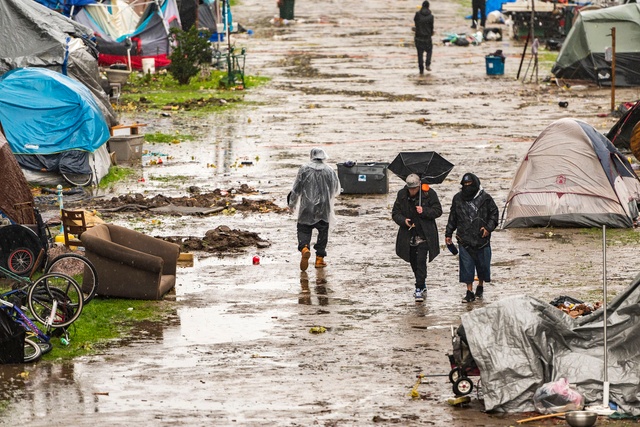 People walked through a flooded homeless encampment in Santa Cruz on Monday.

“Total snow accumulations will be tremendous.”

An atmospheric river unleashed heavy snow in the Sierra Nevada on Monday, with forecasters predicting more than 8 feet on the highest peaks before the storm moves on midweek. Across Northern California, harsh winds and torrential rain forced the closure of Highway 1 in Big Sur, swamped homeless encampments, and prompted evacuations in the vicinity of burn scars. Southern California was bracing for impact Tuesday as the storm pushed south. S.F. Chronicle | L.A. Times

State regulators on Monday said they want to lower subsidies and add new fees for California's 1.3 million rooftop solar customers. Utilities have argued that wealthier solar customers no longer pay their fair share of costs to operate the overall grid, leaving those without solar to foot the bill. The industry is up in arms over the proposal, which would almost certainly slow installations. “This is a proposal to kill rooftop solar overnight,” said Bernadette Del Chiaro, of the state solar association. “It’s a disaster.” N.Y. Times | A.P. 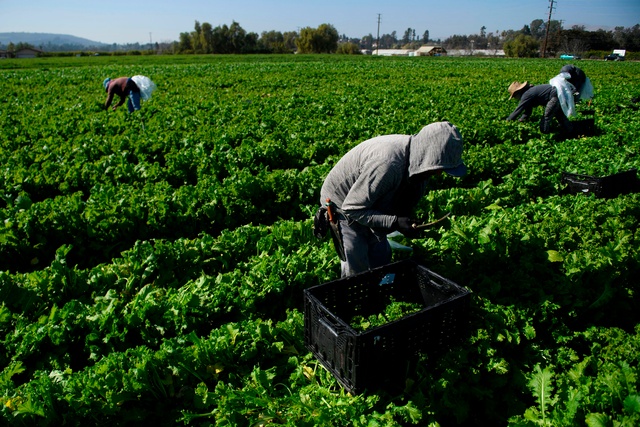 For years, farmers have been frustrated by congressional inaction on a path to citizenship for unauthorized immigrants. So this month, in partnership with an immigrant rights group, the California Farm Bureau moved on its own to nudge the state's workforce toward U.S. citizenship. Under the initiative, workers will connect through a new online portal to services like citizenship eligibility reviews and application preparation — paid for by farmers. An estimated 75% of California crop hands are undocumented. Bakersfield Californian

Oakland police were called to the home of Miles and Melina Armstead 18 times in response to a troubled former neighbor who made threats and heaved rocks through their windows. The neighbor was charged multiple times, but he kept getting released — and he kept coming back. Then one day in 2020, officials say, he showed up and shot Miles dead. Melina became a widow with four children and a fifth on the way. She's now suing the city of Oakland. “They just all allowed this ticking time bomb to just tick tick tick tick,” her lawyer said. Mercury News 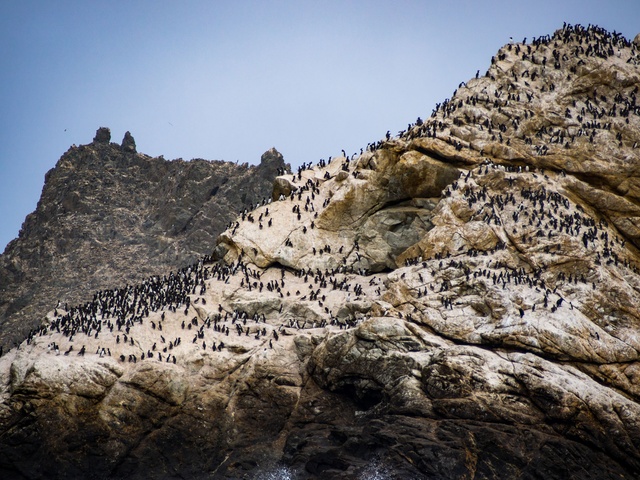 Birds gathered on the Farallon Islands.

The Farallon Islands, 30 miles off San Francisco, is home to the largest seabird colony in the contiguous United States, earning it the nickname “the Galapagos of California.” But roughly 60,000 invasive mice have been wreaking havoc on the ecosystem. So federal officials devised a startling solution: dropping poison from helicopters. The proposal, set for a key vote Thursday, has split environmental groups. Marin Independent Journal 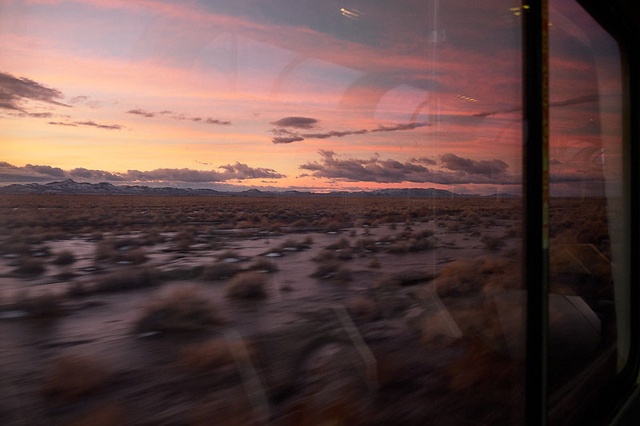 The California Zephyr is Amtrak's most scenic ride.

"There is no better train ride than the California Zephyr."
— Karl Zimmermann, rail historian and author

Passengers on Amtrak's legendary California Zephyr from Emeryville to Chicago are known to leave their books untouched in their luggage. They can't peel themselves away from the scenery. The three-day, 2,438-mile trip follows a dramatic route across the American heartland: from the lush forests of the Sierra to the Nevada desert, wild stretches of the Rocky Mountains, and the Great Plains. In 2019, the photographer John Peltier set out to document the journey in four moods — winter, spring, summer, and fall. See 56 photos. 👉 JohnPeltierphotography.com 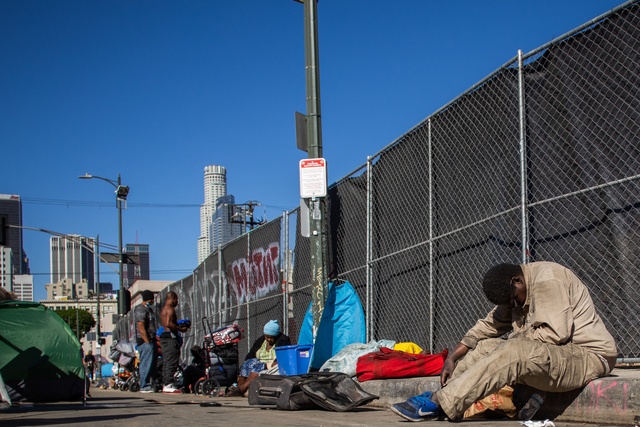 The N.Y. Times detailed the crises facing Los Angeles' next mayor. Violent crime is up. Skid Row has more homeless people than all of Houston. In a recent poll, four in 10 county voters said they considered moving because of homelessness. “The problems we had before were big and they were complex, but they weren’t staggering and existential,” said Constance L. Rice, a civil rights lawyer. “We’re in staggering-and-existential territory now.”

A former Orange County sheriff’s deputy was accused on Monday of pouring scalding water on a mentally ill inmate. Prosecutors said Guadalupe Ortiz, 47, was on duty at a jail in Santa Ana when an inmate refused to remove his hands from the hatch of a door. So Ortiz, they said, filled a cup with hot water and poured it on his hands. More than six hours later, the inmate's skin was peeling. O.C. Register | A.P. 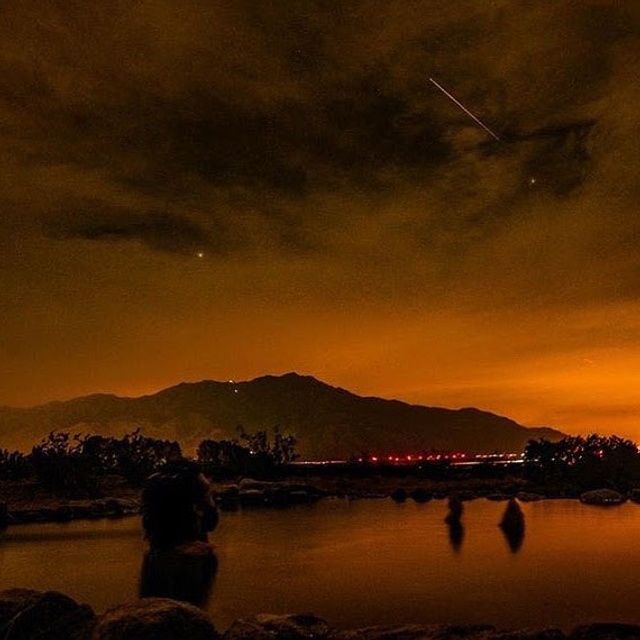 Just outside Palm Springs is a naturally fed hot spring on the property of a private nursery with panoramic views of the desert and mountains. The owner rents access to the tub, known as Monarch Hot Springs, in two-hour increments, and it is by all accounts exquisite. The Desert Sun included it in an "ultimate Palm Springs area bucket list," while noting that the spring is a secret — "so don't tell anyone."