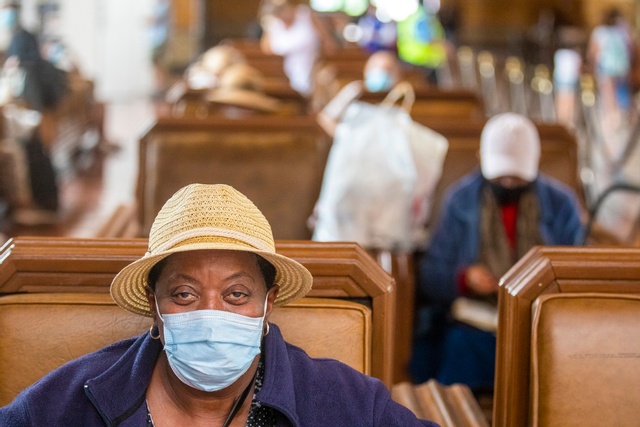 A month after California celebrated its long-awaited reopening, Los Angeles County said Thursday that residents would have to put their masks back on indoors, regardless of inoculation status. Infections and hospitalizations have surged among the unvaccinated in the last two weeks. The mask mandate puts the county at odds with the CDC, which has maintained that vaccinated people need not cover their faces indoors. But Dr. Muntu Davis, Los Angeles County's public health officer, said the alarming pace of viral spread demanded action: “Waiting for us to be at a high community transmission level before making a change would be too late.” The order goes into effect Saturday night. L.A. Times | A.P.

Some California school districts are planning to defy the state's demand that students be masked in the fall. On Monday, state officials announced that unmasked students would be barred from campus, then hours later backpedalled, saying enforcement would be left to local school districts. But many superintendents in more conservative communities believe masks are unnecessary. “If the state is not going to enforce mask-wearing then neither am I,” said Amy Alzina, the superintendent of a small school district near Santa Barbara. CalMatters 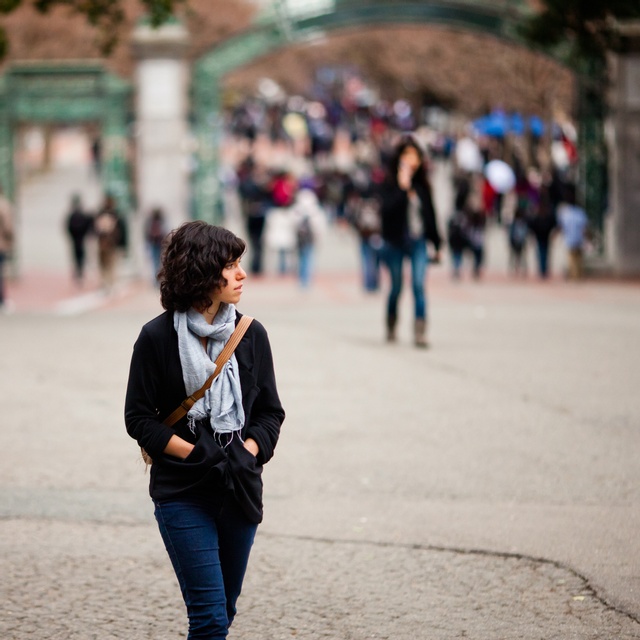 Students at UC Berkeley before the pandemic.

The University of California announced that students and faculty would be required to show proof of Covid-19 vaccination before the start of the fall semester. Those who don't will be barred from campus, the system’s president said. The requirement is a departure from other higher education systems — including California State University — that are holding off on mandates until the vaccines are granted full FDA approval. EdSource | L.A. Times

California lawmakers approved the nation's first state-funded guaranteed income plan Thursday, committing $35 million for monthly payments to pregnant women and young people aging out of foster care. The votes — 36-0 in the Senate and 64-0 in the Assembly — showed remarkable support for an idea that has gained momentum nationally. “We should be doing all we can to lift these young people up,” Senate Republican Leader Scott Wilk said. A.P.

There's some evidence that tech workers who swore off San Francisco during the pandemic are trickling back. Rents are spiking in neighborhoods where tech workers cluster. Tech commuter buses are reappearing on roads. Greg Osuri, the founder of a cloud-computing company, fled to Ohio last year, declaring San Francisco a "hellhole." By April, he had returned. He missed getting drinks with colleagues and running into acquaintances on the street, he said: "The city is full of that — opportunities that you may never have expected would come your way.” N.Y. Times 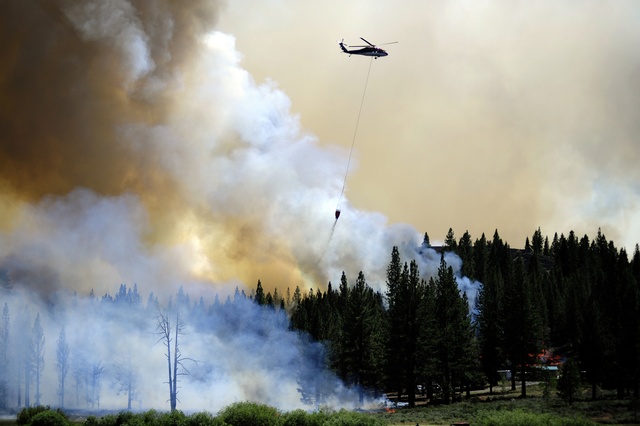 A helicopter tried to douse flames in the Doyle area on Monday.

In 2019, Mike Snook began buying up properties in the rural town of Doyle near the Nevada border. His vision: to create an outpost for the free spirits of Burning Man who had been priced out of the Bay Area. “Five houses down, one left,” he said, tallying the destruction of the Beckwourth Complex fire, which raged through town last weekend. “I thought, ‘There’s no way it’s going to hit all of them.’” Reporting from Doyle’s only bar, the L.A. Times' Anita Chabria painted a vivid portrait of a dream crushed.

On this week's California Sun Podcast, host Jeff Schechtman has a conversation with Matt Haney, a San Francisco supervisor. Haney talked about how advocates for criminal justice reform can be dismissive of people alarmed by rising crime. "I think it's something that progressives in San Francisco and in other places have gotten wrong," he said. "Not so much in a political sense but just in a right and wrong sense." 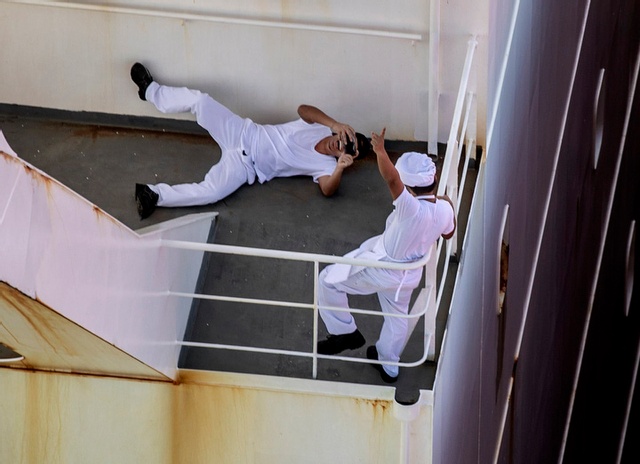 ☝️ Karl Mondon, a staff photographer for the Mercury News, shared this great picture that he captured from the Golden Gate Bridge last week. It's his favorite part of walking the world-renowned landmark, he wrote: "watching cargo ship crew members get all goofy posing for photos as they pass under the span." @karlmondon 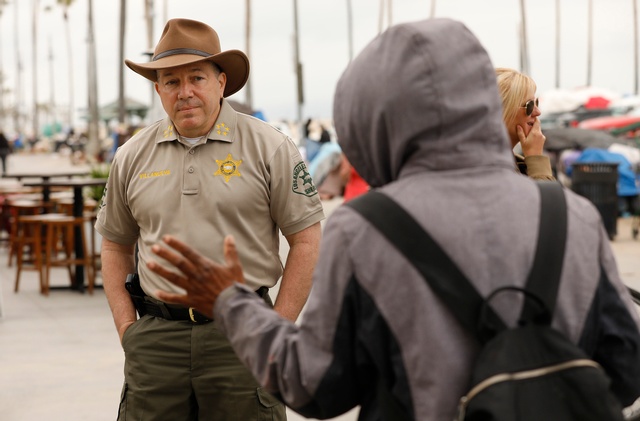 When campaigning for Los Angeles County sheriff in 2018, Alex Villanueva courted liberal voters by playing up a claim that he would be the first Democratic sheriff in the county in 138 years. Since then, he's made a jag to the right, going to war with the liberal forces that helped elect him. It's a deliberate strategy, according to Javier Gonzalez, a consultant for Villanueva. “We’re running against the woke left, and we’re going to win,” he said. “It’s going to be a revolt of the regular people who want things done.” L.A. Times

In January, the Orange County Register published an article on a man who died days after he received a coronavirus vaccine. The story of Tim Zook's death ricocheted around the globe as anti-vaccine activists amplified it on social media. This week, the county coroner shared the results of its investigation: Cook died from heart disease. Vaccines were not a factor, it concluded. O.C. Register

In 1970, Sérgio Mendes, a Brazilian musician, employed a shaggy-haired young carpenter to build a music studio in his backyard in Encino. The worker was an aspiring actor, but had taught himself carpentry to support his young family. That's him on the right. 👇 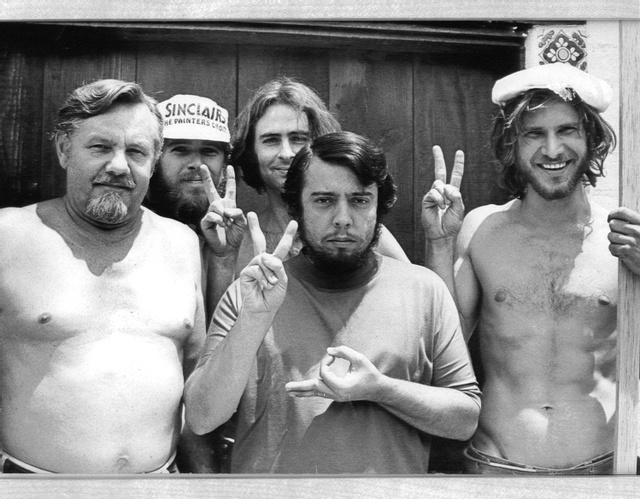 At the time, there was little to suggest that Harrison Ford, then 28, was destined to be one of the most famous leading men in Hollywood. A few years later, he landed a small part in George Lucas' "American Graffiti." But he returned to woodworking as his principal profession. In 1976, Ford was asked to help Lucas audition other actors for the director's next film. It was the carpenter, however, who stole the show. Ford became Han Solo and the carpentry became a thing of the past. Mashable | Entertainment Tonight 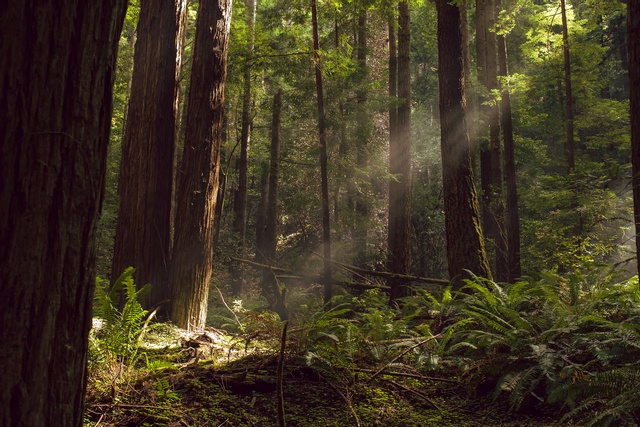