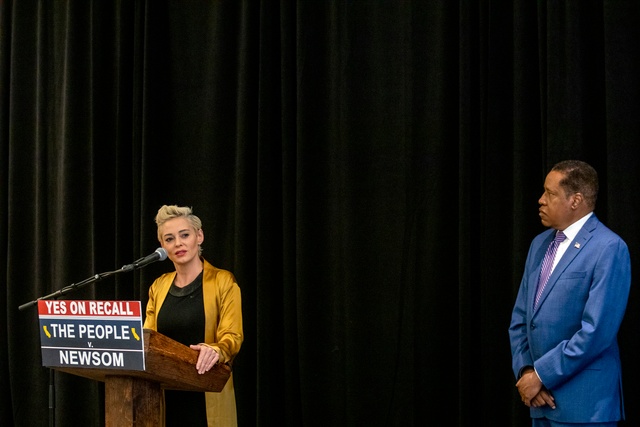 Rose McGowan spoke at a campaign event with Larry Elder on Sunday.

Rose McGowan, the former actress, joined Larry Elder on the stump Sunday, where she endorsed the Republican candidate and leveled accusations at Gov. Gavin Newsom's wife. Jennifer Siebel Newsom, she said, tried to "bribe her" in 2017 to suppress accusations of sexual misconduct against Harvey Weinstein. “This woman I don’t know, some blonde lady with the last name of Newsom, cold calls me and is like ‘Davis Boies wants to know what it would take to make you happy,'" McGowan said, referring to a lawyer for Weinstein. Newsom called the claims a “last-minute classic hit piece.” Daily Beast | Sacramento Bee

The N.Y. Times on Republican leaders priming their voters to believe the recall was rigged:

"This swift embrace of false allegations of cheating in the California recall reflects a growing instinct on the right to argue that any lost election, or any ongoing race that might result in defeat, must be marred by fraud." 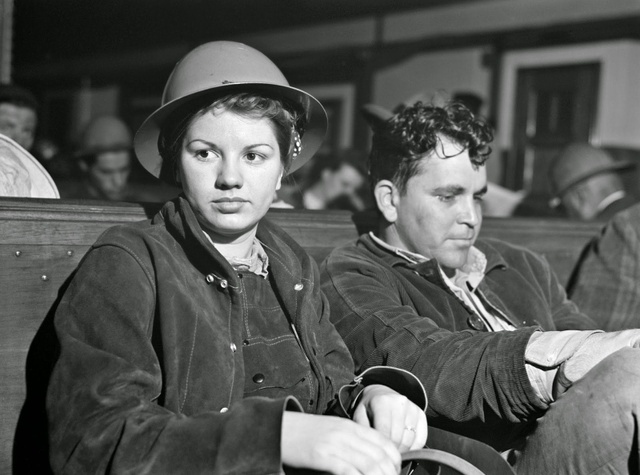 Workers rode the ferry home to San Francisco in 1943.

The columnist Steve Lopez diagnosed a source of discontent in California that goes deeper than differences over mask mandates and school closures. As a young resident of the Bay Area, he recalled, jobs abounded at U.S. Steel, Johns Manville, DuPont, and Allied Chemical: "You could easily afford a three-bedroom rancher on those jobs; you sent your kids to college, retired with a pension and went on a cruise every year. Almost all of those jobs are gone now, along with the ladders of upward mobility." L.A. Times

The recall vote is tomorrow. Other recent developments:

A radar loop showed smoke from the Hopkins fire.

A wildfire ignited Sunday just north of Ukiah in Mendocino County and quickly ripped through 300 acres, forcing evacuations and burning structures. A fire official put the tally of homes destroyed by the Hopkins fire “in the double digits,” many in the town of Calpella on the Russian River. Press Democrat | S.F. Chronicle 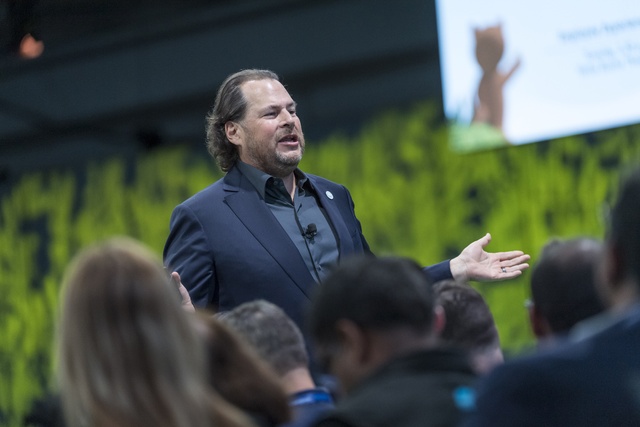 Marc Benioff, chief executive of Salesforce, has been outspoken on political and social issues.

Alarmed by the new Texas abortion law, Salesforce offered to help its workers move out of the state. CNBC obtained the internal message to employees. “We recognize and respect that we all have deeply held and different perspectives," the San Francisco software giant said in part. "As a company, we stand with all of our women at Salesforce and everywhere.” CNBC | SFist

Another recall effort is unfolding in San Francisco, where nearly a quarter of a million signatures were recently delivered to City Hall, all but ensuring a special election on whether to oust three school board members early next year. Opponents of the recall movement have portrayed it as a Republican gambit. "Tell that to its liberal backers," wrote the columnist Heather Knight. S.F. Chronicle 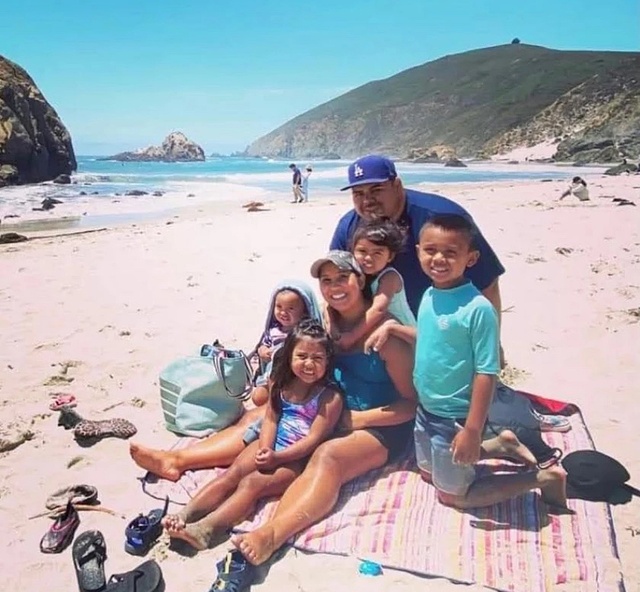 Last month, a registered nurse from Yucaipa died from the coronavirus just days after giving birth to her fifth child. Now the father of the children has also died. Daniel Macias, 39, a middle-school teacher, and his wife, Davy, 37, were admitted to a hospital intensive care unit days apart. Neither was vaccinated, reports said. The children, aged 7 and younger, are with their grandparents. KABC | KTLA

Thousands of medical workers in San Diego have requested exemptions from the coronavirus vaccine. The vast majority have cited religious reasons, providers say. “I’d say 90-plus percent of our religious exemptions are citing Christian reasons around the stem cells,” said Brett McClain, chief operating officer of Sharp HealthCare. “The rest are along the lines of ‘I’m in control of my body.’” S.D. Union-Tribune 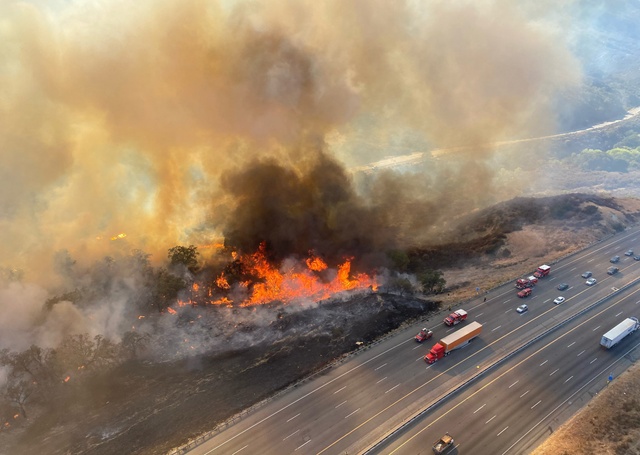 The Route fire burned along Interstate 5 north of Castaic on Saturday.

A wildfire that erupted Saturday near Castaic north of Los Angeles leapt across the 5 Freeway, temporarily shutting all northbound and southbound lanes of the busy interstate. The Route fire swept across bone-dry hillsides, burning out of control into Sunday as air tankers dropped bright-orange retardant from overhead. Two firefighters suffered burns. A.P. | L.A. Times 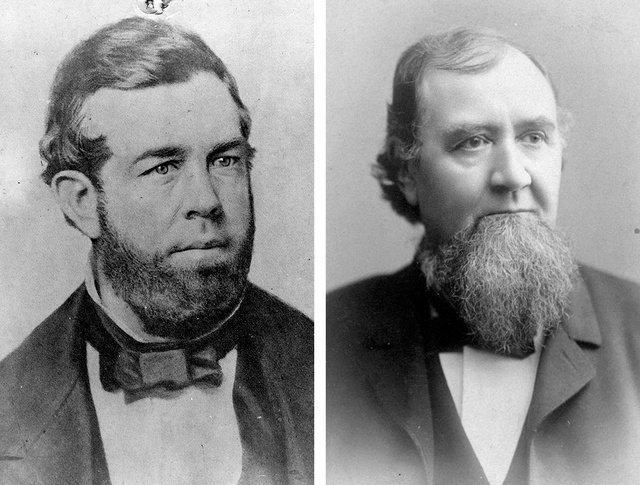 U.S. Sen. David Broderick, a Democrat who made a fortune in Gold Rush San Francisco, was once friends with the Chief Justice of California, David Terry, but slavery tore them apart.

Broderick opposed it. Terry, allied with the Democratic Party’s proslavery faction, accused Broderick of following the "wrong Douglas,” meaning the Black abolitionist Frederick Douglass rather than Democratic Party leader Stephen Douglas, who helped open more of the West to slavery.

Broderick called Terry a “damned miserable wretch.” Terry, enraged, demanded satisfaction. As was the custom among many self-styled aristocrats in early America, the next parlay would be at gunpoint.

Dueling had been outlawed in San Francisco. So on this day in 1859 the men — along with about 200 spectators — met at the edge of Lake Merced just beyond the city line. They each held Belgian .58-caliber pistols. “Gentleman,” an officiator asked, “are you ready?” At that moment, a witness later recounted, Broderick's body seemed rigid, his grip on the pistol awkward. “Ready,” both men replied. On the count of three, Broderick shot early and into the dirt, leaving him exposed. Terry coolly fired into Broderick’s chest. 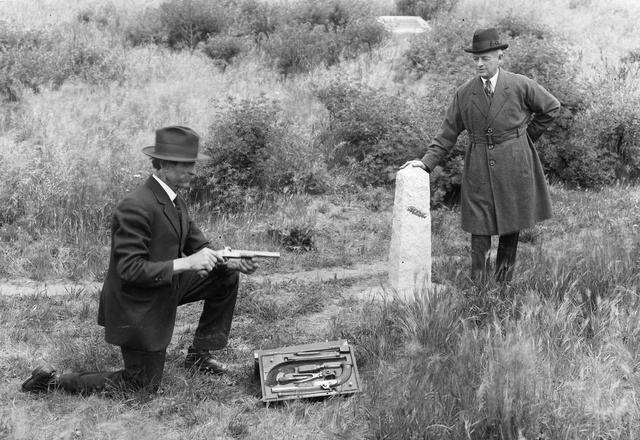 Two men visited the site of the duel between Broderick and Terry in Daly City, circa 1920.

Terry was tried and acquitted of murder. Historians say national outrage over the killing helped hasten the spiral toward Civil War two years later, during which Terry would fight alongside the Confederacy.

After the war, in 1889, Terry saw another judge with whom he had fueded in a dining hall outside Stockton and slapped him in the face. The judge’s bodyguard shot Terry dead.

In death, Broderick was remembered as a martyr for the antislavery cause, his funeral attended by thousands. San Francisco’s "Broderick Street" was named in his honor. Terry was recalled much like the wretch of Broderick’s description, a man who stood on the wrong side of history and cut down a U.S. senator who stood on the right side.