“People are hungry and hurting.”

See if you qualify. 👉 Mercury News

The S.F. Chronicle described the grim situation among the Bay Area's schoolchildren: "Once thriving children, with good grades, extracurricular interests and dreams for their future, started to disappear. They lashed out. Some stopped eating, or they started cutting themselves. Others, bored or without adequate technology, have stopped participating in school, their report cards filled with F’s. They have stopped caring."

A priest at an iconic San Francisco church that has repeatedly defied city health ordinances died from the coronavirus on Tuesday. Father Bob Stein of Saints Peter and Paul Church was one of three priests who tested positive for the virus last Friday. The archdiocese has repeatedly sparred with the city over restrictions on indoor services. In July, at least 10 people contracted Covid-19 after the church hosted a wedding. SFGate.com | S.F. Chronicle 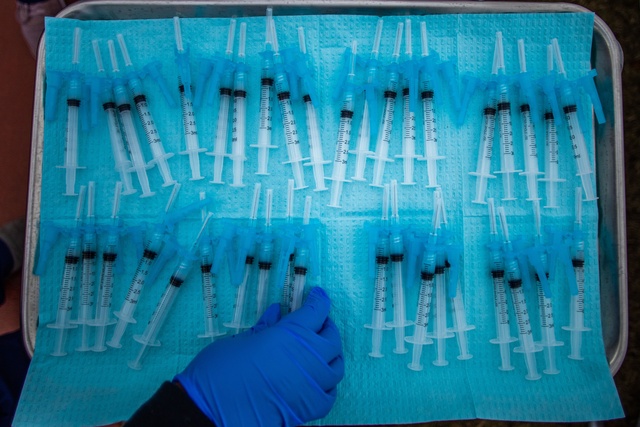 Some essential workers, including teachers, have been angered to learn that cannabis workers are ahead of them in the line for vaccinations. Under the state's rollout, cannabis workers are health care workers, so they've been placed near the front of the eligibility line. “Cannabis delivery drivers before school bus drivers and teachers?" asked Austin Beutner, Los Angeles schools superintendent. "Makes no sense to me." SFGate.com | L.A. Times

California lawmakers want to ban all fracking in the state by 2027. The technique of harvesting natural gas either safely reduces greenhouse gas emissions or poisons the air and water, depending on whom you ask. The measure introduced Wednesday is likely to ignite one of the most contentious fights in Sacramento this year. It could also be a headache for Gov. Gavin Newsom as he tries avoid further inflaming a recall movement to his right. The Guardian | A.P. 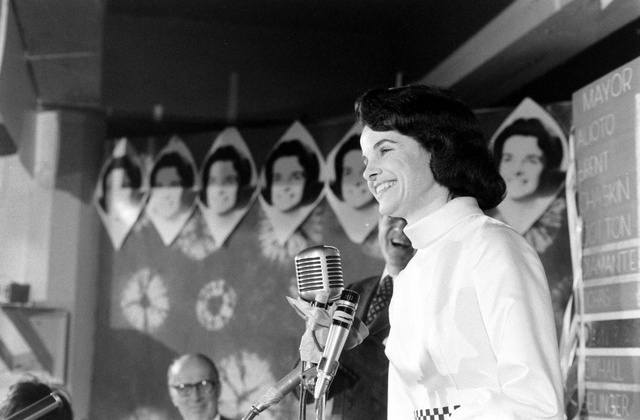 The veteran political reporter Mark Z. Barbarak offered a diagnosis of the tragedy of Sen. Dianne Feinstein: "The slow, sad fade is not simply a function of Dianne Feinstein’s age — she is 87 — but also the fact that times and the political world have changed and Feinstein, whether unwilling or unable, has failed to change along with them." L.A. Times 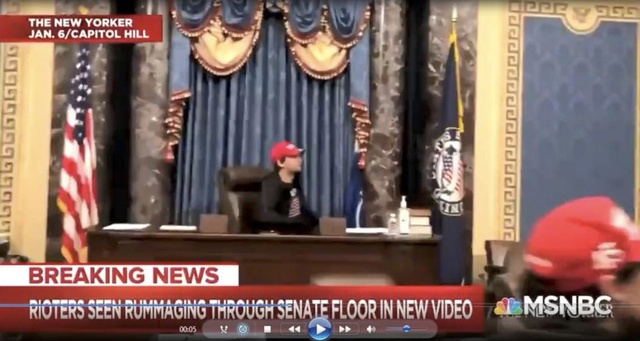 Christian Secor was captured on video sitting in the Senate presiding officer’s chair on Jan. 6.

A UCLA student who founded an ultra-right campus organization was arrested on Tuesday and charged with federal crimes for his role in the insurrection at the U.S. Capitol. Christian Secor, 22, broadcast live video from inside the Capitol, where he sat in former Vice President Mike Pence's chair, the authorities said. In the livestream, he used the moniker Scuffed Elliot Rodger, an apparent reference to the man who killed six people in Isla Vista in 2014. Secor faces significant jail time. L.A. Times | A.P.

In a feature based on 50 interviews, Bloomberg reported on how California’s vote to classify Uber and Lyft drivers as contractors has emboldened other employers to eliminate salaried positions. Only a couple years ago, labor leaders seemed to have the upper hand in the debate over California's gig economy. That dynamic has now flipped. "Like Harold with his purple crayon, Uber sketched a reality it wanted to inhabit," Bloomberg wrote, "and Americans are living in it."

San Francisco residents abandoned the city in large numbers during the pandemic, but they didn't go far, an analysis of postal address changes showed. Between March and November, roughly 35,000 households fled, a massive spike over prior years. Despite the conventional narrative that they absconded to places like Austin and Miami, the overwhelming majority ended up in Bay Area suburbs, Los Angeles, or San Diego. S.F. Chronicle

Rents rose sharply in Fresno over the last year, heightening worries that low-income locals could be squeezed out. Fresno Bee 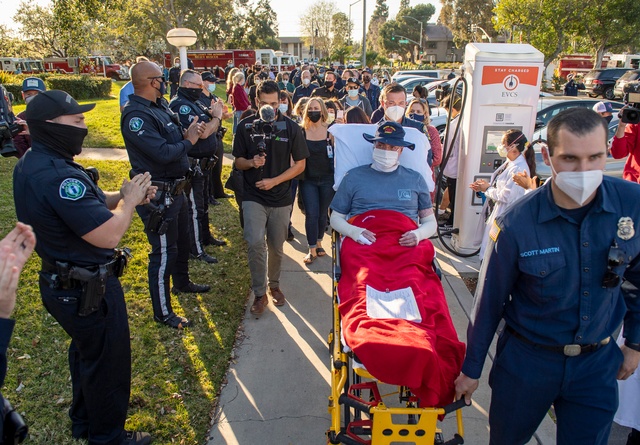 Dylan Van Iwaarden was wheeled out of the Orange County Global Medical Center on Wednesday.

Dylan Van Iwaarden, a 26-year-old firefighter, suffered burns over 65% of his body while batting a wildfire near Irvine in October. He nearly died. Sixteen weeks and 17 surgeries later, he emerged from a hospital to cheers on Wednesday. Iwaarden still has a long road to recovery. But he told the gathering of nurses, firefighters, and loved ones that he was eager to get back to work. "I feel all of the love and all of the support," he said. "It means a lot to me." A.P. | KTLA 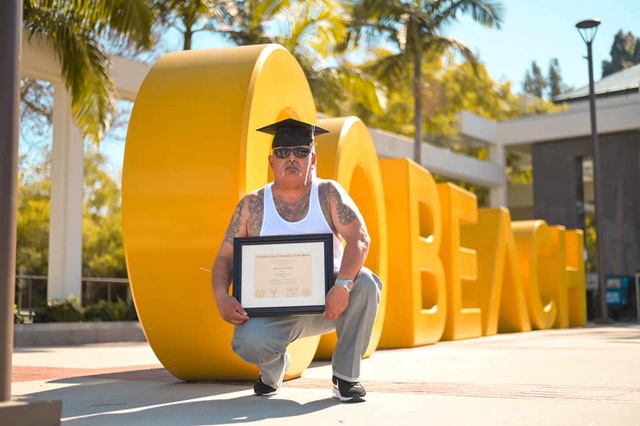 Joseph Valadez spent half of his adult life in prison for crimes that he said fueled his heroin habit. Now 63, he's a newly minted graduate with honors from Cal State Long Beach. A graduation picture of Valdez — with his tattoos, white tank top, and sunglasses — struck a chord on Twitter, where it got nearly 400,000 retweets. "There's a misconception about guys like me that I want to break," said Valadez. "If I can do it, anyone can." Long Beach Post 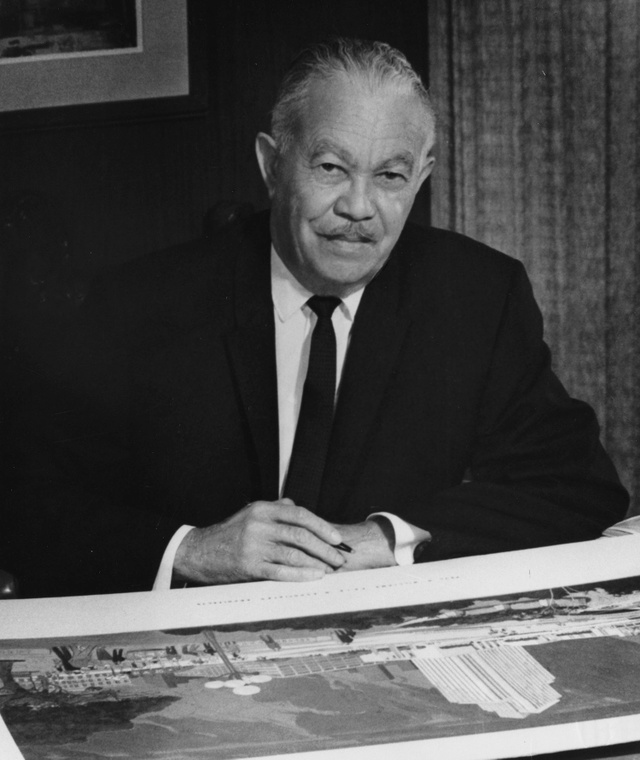 Paul Williams, the trailblazing Black architect, was born in Los Angeles on this day in 1894. Orphaned young, he was raised by a family friend who marveled at the boy’s intelligence, telling him he could do anything. When he announced his ambition to become an architect, however, there was skepticism.

Black people won't be able to afford you, a high school teacher warned, and white people won't hire you. The doubters lit a fire in him, Williams later wrote. “It was this challenge that decided my future.”

Early in his career, Williams was sometimes denied work because of his race. He adapted by mastering the skill of drawing upside down so he could sit across from white clients who were uncomfortable sitting next to an African American. When touring construction sites, he clasped his hands behind his back to spare white people the discomfort of shaking his hand. 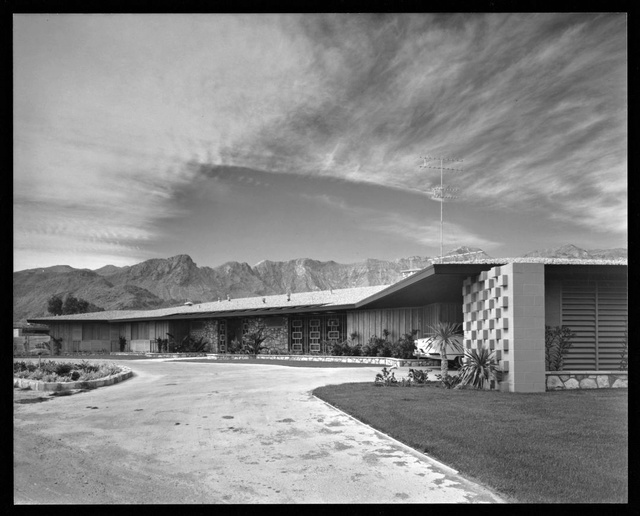 In a 1986 essay for Ebony magazine, Williams recalled how he won his first contract for a home costing more than $100,000. The prospective client, a car manufacturer, was in a hurry. He asked Williams how quickly he could draft preliminary plans.

"'By four o’clock tomorrow,' I answered.

"'Why that’s impossible!' he cried. 'Every other architect has asked for two to three weeks!' He regarded me shrewdly for a moment. 'Go ahead,' he said."

Williams delivered at the scheduled hour. What he didn’t mention was that he had worked through the night, 22 hours straight, without food or sleep. 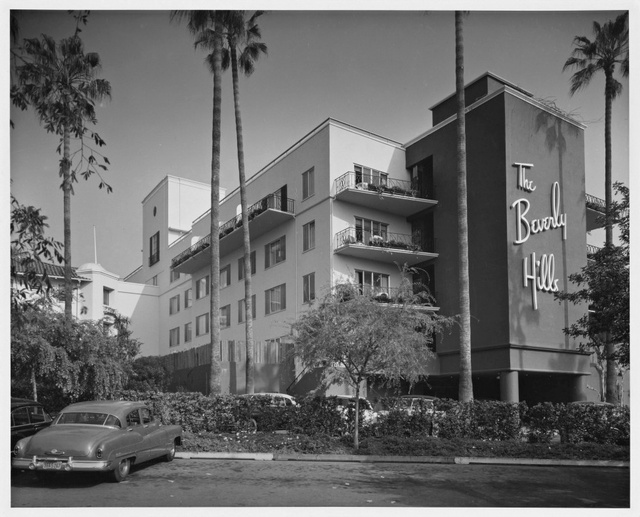 A view of Williams' addition to the Beverly Hills Hotel.

As demand for architects grew in the 1940s and 1950s, fueled by the rapid growth of Los Angeles, so did William's reputation for works of unusual care and grace. He designed everything: celebrity mansions, housing projects, schools, hospitals, and nearly 2,000 homes in Los Angeles alone.

By the end of his career, Williams was a wealthy man and the look of Los Angeles bore his unmistakable imprint. “Like the movies," wrote the architect Max Bond in 1997, "his work helped define a California style of self-assured, easy worldliness.”

Williams' death in 1980 passed without the attention it deserved in the press. But four decades later, his career has been undergoing something of a rediscovery. In 2017, he was posthumously awarded the AIA Gold Medal, one of architecture’s highest honors, putting him in the company of Frank Lloyd Wright, Julia Morgan, Louis I. Kahn, and other giants of the trade.

Williams was not just a great Black architect, he was simply one of the finest of the 20th century. In contrast to his white peers, however, Williams did the job while shouldering the burden of racial prejudice — and while drawing upside down.

See a new collection of photos of Williams' designs across Los Angeles. 👉 NPR