California is awash in cash and it has Wall Street to thank. Over the last year, a booming stock market prompted a record number of companies to go public, minted new millionaires, and padded the incomes of the state’s wealthiest residents. That's meant a tax-collection windfall for California, which is so flush that it is running its own stimulus program, writing checks to poorer households and spending $2 billion on aid for small businesses. N.Y. Times

Facebook, Google, Blue Shield of California, and other companies contributed $226 million to government causes on Gov. Gavin Newsom’s behalf in 2020. It's a staggering sum, six times as much as that reported by former Gov. Jerry Brown during his final eight years in office combined. The companies say they were trying to help in a time of need. Consumer watchdogs fear the companies are amassing influence over government. L.A. Times 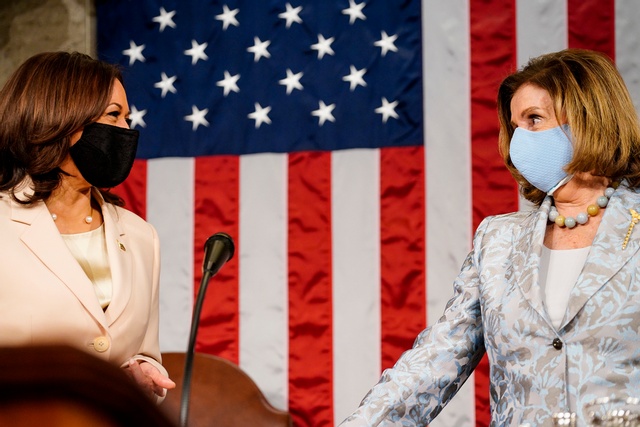 Vice President Kamala Harris and Speaker Nancy Pelosi greeted each other at the Capitol on Wednesday.

“Madam Speaker, Madam Vice President,” President Joe Biden said as he began his first address to Congress on Wednesday. Cheers erupted. “No president has ever said those words, and it’s about time,” Biden said. For the first time, a U.S. president was flanked by two women, Speaker Nancy Pelosi and Vice President Kamala Harris. Also well represented on the dais: the Bay Area, from which both women hail. L.A. Times | NPR

California’s birth rates in January and February — around the time when early pandemic babies would be due — fell by 15% compared to the same period last year, the sharpest such drop since at least 1960, an analysis found. A sociologist suggested that economic shock likely motivated many would-be parents to pause their plans. “It’s going to take a while to figure this out, but there’s no way of getting around that this is a very large-scale event,” he said. “We’ll be living with the consequences of this for some time.” S.F. Chronicle

Santa Cruz County is known for redwoods, surfing, and laid-back vibes. But the pandemic exposed a dark underbelly of the community as people angry about coronavirus restrictions terrorized public health officials. Dr. Gail Newel, a 63-year-old health officer, received threats that named her children. A man once lunged at her during a public meeting. Protesters regularly gathered outside her home and sang “Gail to Jail.” “When I do have days off," Newel said, "I don’t want to be out in the community. I’m intimidated to be out in the community.” Kaiser Health News 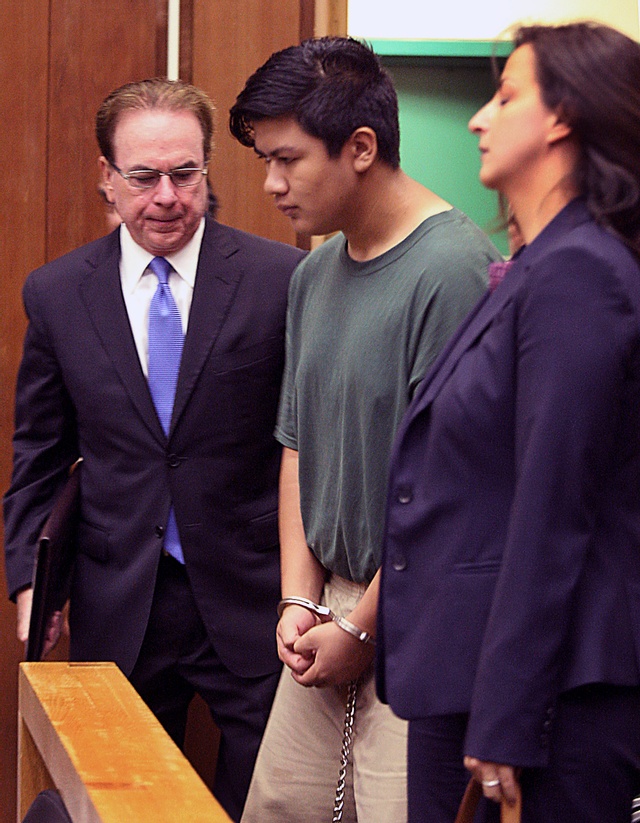 In 2015, Adrian Gonzalez lured his 8-year-old Santa Cruz neighbor, Maddy Middleton, with an ice cream cone. Then he sexually assaulted and killed her. Prosecutors sought to try Gonzalez, who was 15 at the time of the killing, as an adult. But a 2018 state law barred courts trying anyone under 16 as an adult. On Tuesday, Gonzalez was sentenced as a juvenile, meaning he could be freed in less than four years. “This is a disappointing, sad and tragic outcome,” said Santa Cruz District Attorney Jeffrey Rosell. Santa Cruz Sentinel | S.F. Chronicle

The Getty photographer Justin Sullivan went to Lake Oroville — one of the state's largest reservoirs — where the water level has fallen to about half of its historical average. His images, captured Tuesday, are a jarring example of the effects of two years of dismal rainfall. A selection. 👇 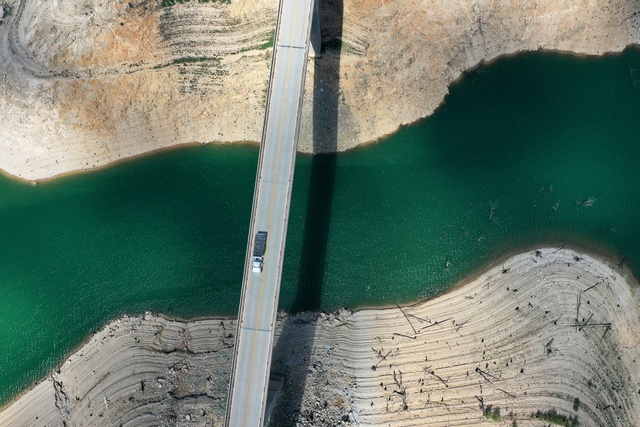 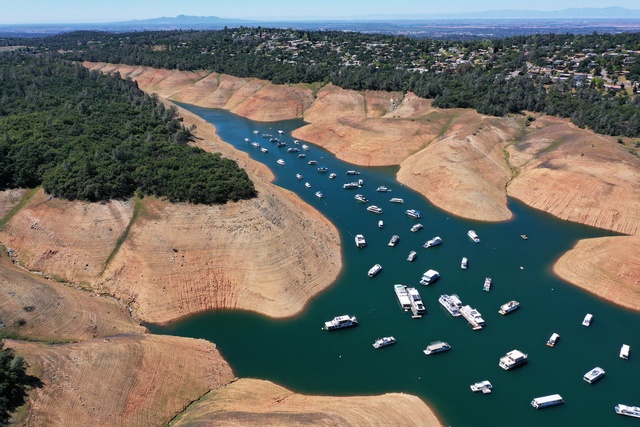 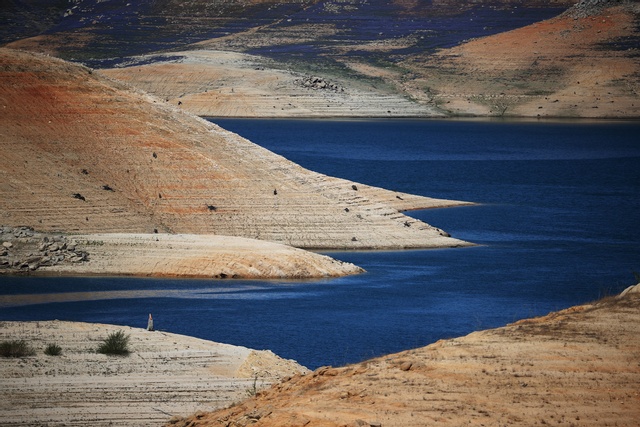 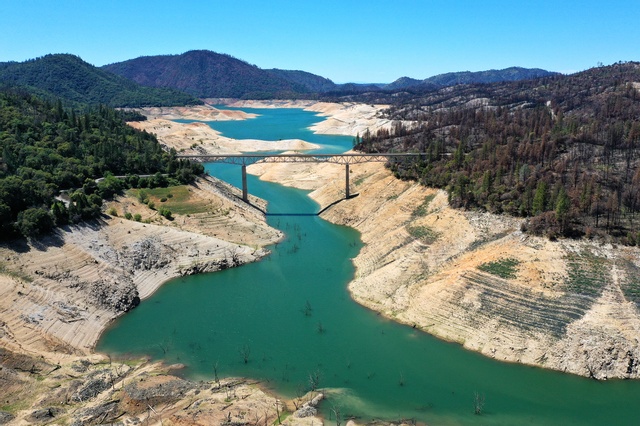 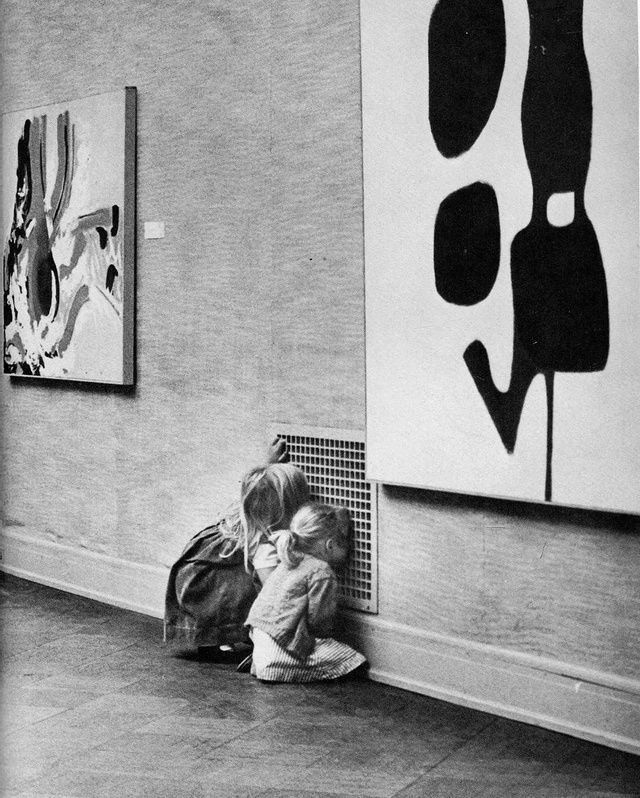 Flashback: One summer day in 1963, a young photographer named Herb Slodounik visited the San Francisco Museum of Modern Art. Slodounik went on to become a lifelong newspaper photographer, collecting dozens of awards. But it was his image of two distracted girls that day at SFMOMA that became a classic, included in a retrospective of the best pictures to ever appear in LIFE magazine. The caption, in part: "An abstract gets close scrutiny.”

"Filled with hate for America and all America stands for.”

Some parent groups have been pushing back against California's new ethnic studies framework for high schoolers, which they contend vilifies white people. Defenders of the curriculum say critics have been misled about coursework that aims to tell a frank story about the struggles of marginalized groups. When a student spoke in favor of the curriculum at a school board meeting in Orange County on April 13, he said in part, "Racism still exists. White privilege is a real thing." Several attendees laughed and jeered. L.A. Times | Voice of OC 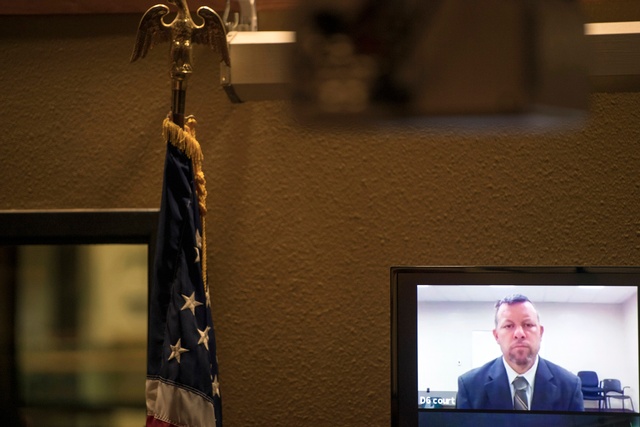 Paul Flores appeared via Zoom during his arraignment in San Luis Obispo on April 15.

Fourteen years ago, a woman in Redondo Beach told police she woke up in a stranger's bed, naked, with no memory of what happened. She believed she had been raped. Police collected DNA and uploaded it to a law enforcement database. A few years later, it was matched to a name: Paul Flores, the man that has now been accused of killing Kristin Smart in San Luis Obispo. The authorities suspect Flores committed multiple sexual assaults in Southern California over the years. L.A. Times 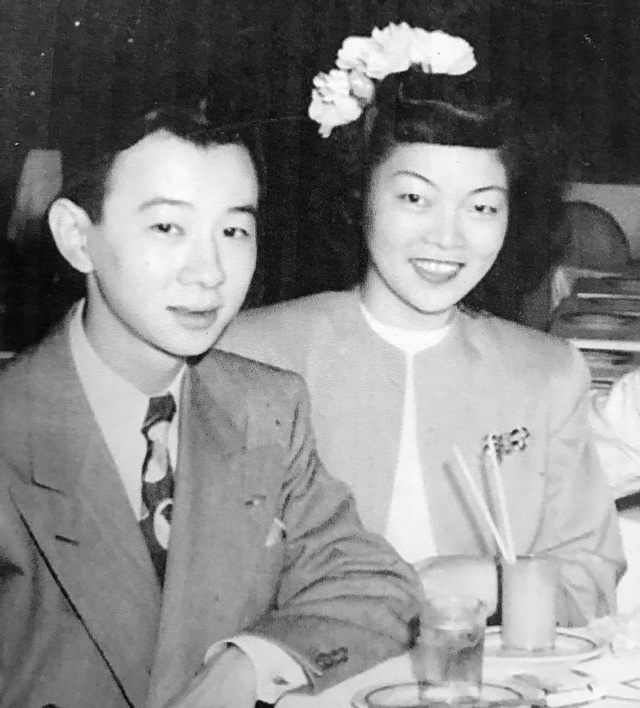 Louis Moore had just served in Europe during World War II. Nellie Hatsumi Maeda was restarting her life after being incarcerated in a Japanese internment camp. When he saw her dancing at a club one night, he was mesmerized. Weeks later they were wed, a union that lasted 74 years. At 98, Moore has now published a tribute to Nellie titled "Eternal Love." "I wanted she and I to sit on our couch, put our feet up on the coffee table, sit arm in arm holding the book, reading it to each other," he said. "But that didn’t happen.” Hailey Branson-Potts wrote about a California love story that is as bittersweet as it is beautiful. L.A. Times

"Citizen Kane," the 1941 Orson Welles classic based on the life of William Randolph Hearst, had long been the top-rated film on Rotten Tomatoes. Then the site unearthed an 80-year-old review of "Kane" by Mae Tinee of the Chicago Tribune. She didn't love it. The discovery has now thrust another film into the top-rated spot on Rotten Tomatoes: "Paddington 2." The development has been met with glee on Twitter. Washington Post | Hollywood Reporter