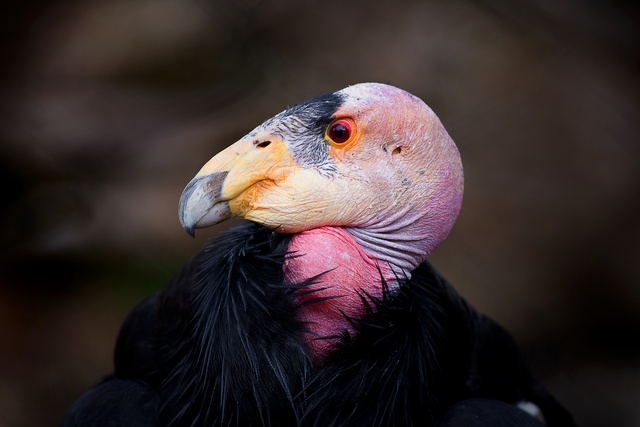 The California condor is one of our rarest, largest, and most magnificent birds.

California condors can reproduce without having sex. Researchers at the San Diego Zoo Wildlife Alliance made the unexpected finding while analyzing the DNA of two chicks, which had not a single gene from a father. They were, in a sense, virgin births, raising the possibility that fatherless childbearing may occur in other species undetected. Dr. Oliver Ryder, co-author of a newly published study on the discovery, said it gives him goosebumps to this day. WIRED | The Atlantic

The L.A. Times asked that question Thursday in a striking front-page analysis, which said the case for vaccinating children against Covid-19 had weakened with the virus now in retreat. It cited FDA advisors who expressed concerns about limited safety data: "At this stage of the pandemic, there are just too many unknowns to support blanket vaccinations for all, several panel members said."

California has mandated the vaccines for all students pending full FDA approval, but some school districts are moving faster. Oakland Unified on Thursday voted to require the shots for children 12 and up by Jan. 1. S.F. Chronicle | Oaklandside

For decades, scientists have suspected that shark attacks of surfers are cases of mistaken identity, as the ocean predators mistake surfboards for sea lions. A study published Wednesday put the theory to the test by simulating what humans, seals, and sea lions look like through young white shark eyes. The conclusion: They look the same. N.Y. Times | Popular Science 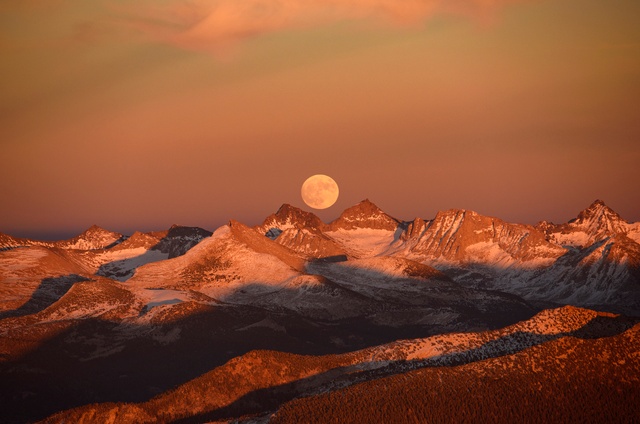 The moon over the Sierra Nevada.

Todorov's Instagram is a must-follow for California lovers. 👉 @jassensf

Some reactions on Twitter to Facebook's new name, Meta:

Facebook's rebranding, Mark Zuckerberg explained, is part of a move toward the next digital frontier, a merging of digital worlds into something called the metaverse. The Atlantic sounded a note of skepticism: "There is not a single person in existence who has scanned Facebook’s News Feed and said: Yes, immerse me in this reality. I want to feel my uncle’s meme about Hot Pockets on my face."

For her first 60 years, Dierdre Wolownick avoided rock climbing. But she could never understand her son, the renowned climber Alex Honnold, when he used jargon like “jugging” and “rapping.” So she gave it a try. Ten years later, at age 70, Wolownick just became the oldest woman to scale the face of El Capitan. “Just being on El Cap is a mind-bender," she said. "Your life changes." N.Y. Times | L.A. Times 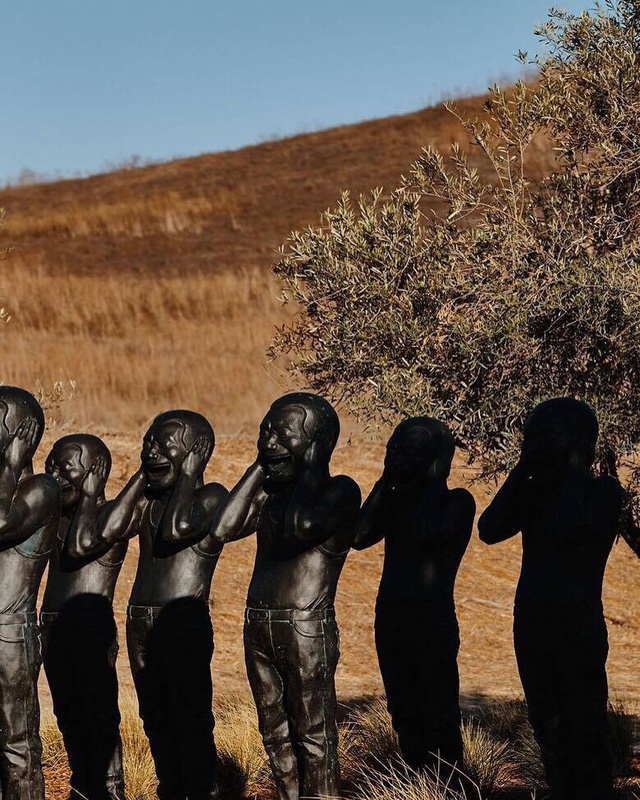 Tucked inside the rolling hills of Sonoma County is a fantastical collection of gigantic artworks. The sculpture garden at Donum Estate — with more than 50 pieces by artists including Ai Weiwei, Doug Aitken, and Jaume Plensa — began in 2015, after a pair of Hong Kong–based art collectors took ownership. In an interview with the N.Y. Times, Allan Warburg said he saw an opportunity to combine his interests. “Walking around the landscape with a couple of glasses of wine," he said, "objects become more beautiful." Here's a nice visual tour of the property. 👉 Design Boom

A pair of immigrant rights groups sent a letter to Congress on Wednesday accusing the Border Patrol of deploying "cover-up units" to protect officers involved in killings. They cited the 2010 killing of Anastasio Hernández Rojas at the San Ysidro Port of Entry, saying a responding unit failed to notify local police, altered an arrest report, and asked medical staff to test Rojas' blood for drugs. James Wong, a former internal affairs agent in the Border Patrol, condemned the units. "Investigators should never set out to mitigate liability," he said. S.D. Union-Tribune 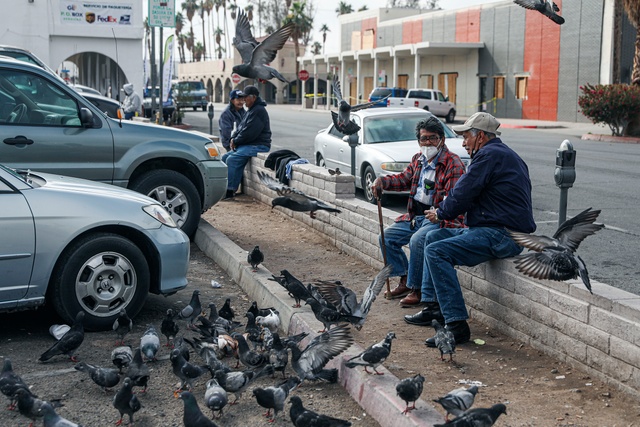 Farmworkers wait for work in the border town of Calexico on Jan. 22.

An analysis of FBI data found that communities along the southern border had a rate of violent crime about 15% lower than the national average in 2020. The disparity was even starker when comparing border communities with towns further north that had similar poverty demographics. Axios said the data "dispels myths of the U.S.-Mexico border as a region filled with crime and chaos."

Lauren Cho, a 30-year-old New Jersey woman, was staying with friends at an artist-oriented Airbnb resort about 30 miles north of Palm Springs when she disappeared in June. After months of searching, officials confirmed Thursday that they found her remains in the rugged open desert of Yucca Valley. The friends said Cho was upset before she vanished. Authorities said they suspect no foul play. CNN | CBSLA

A 33-year-old electrical engineer in Santa Clarita was perusing ticket options at Six Flags Magic Mountain, located just a few minutes from his office, when he noticed the deal of a lifetime: A $150 season pass included two meals a day for an entire year. For years, he ate lunch and dinner every day at Magic Mountain as he paid down his student loans, got married, and bought a house. “It wasn’t healthy at all," he acknowledged. Mel Magazine 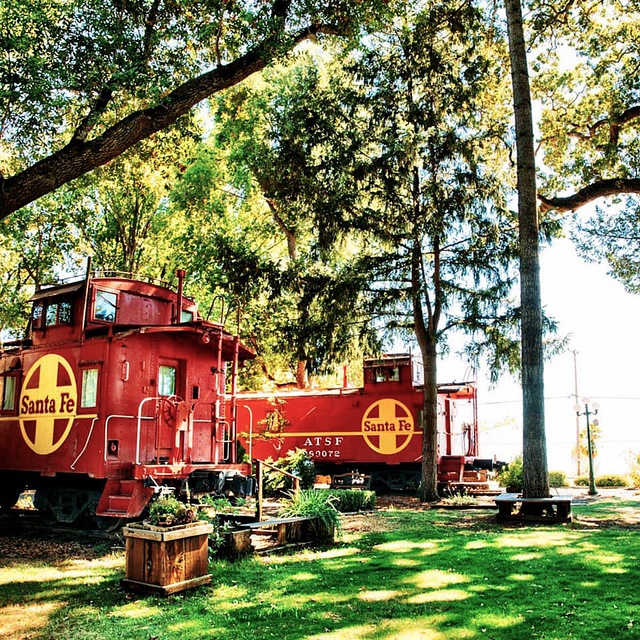