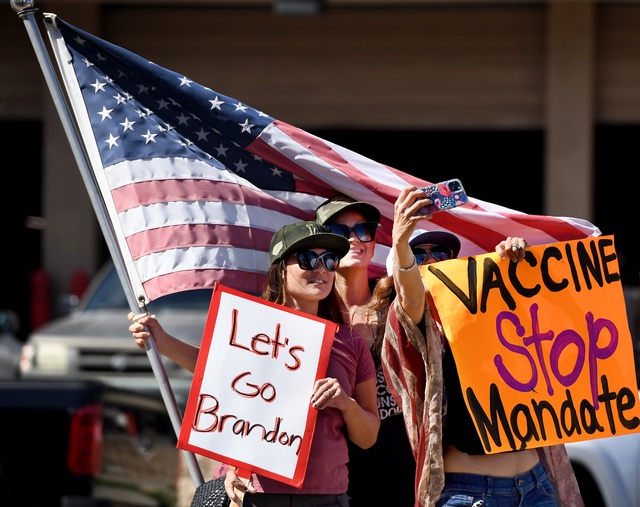 In San Diego, the number of student absences was hundreds higher than normal.

In Visalia, there were several thousand above average.

The wave of missing students on Monday was part of a walkout to protest coronavirus vaccine mandates in schools. Parents and students were joined by like-minded teachers, school staff, and at least one congressman at rallies across the state. Many echoed the sentiment that the government has no right meddling in their healthcare choices. School and health officials called the action selfish and detrimental to children. EdSource | L.A. Times

The backlash to coronavirus mandates and testing in schools has reverberated most intensely in rural California. At Modoc Joint Unified, which has fewer than 900 students, 31 teachers have threatened to quit. “We have never gotten to these crossroads,” said Tim Taylor, executive director of the Small School Districts’ Association. “What if you can’t staff your schools? I don’t know what the answer is.” EdSource

Data released at the end of California's water year, which resets each Oct. 1, showed that 2020-21 was the driest in nearly a century. A total of 11.87 inches of rain and snow fell, according to an averaging of measurements taken across the state; that's less than half of normal numbers. With the traditional wet season approaching, the outlook is bleak: The weather phenomenon La Niña has emerged for the second straight winter, setting the stage for meager rainfall across the West. L.A. Times | CBS News

Seemingly everywhere in California is desperate for water — except San Diego. N.Y. Times 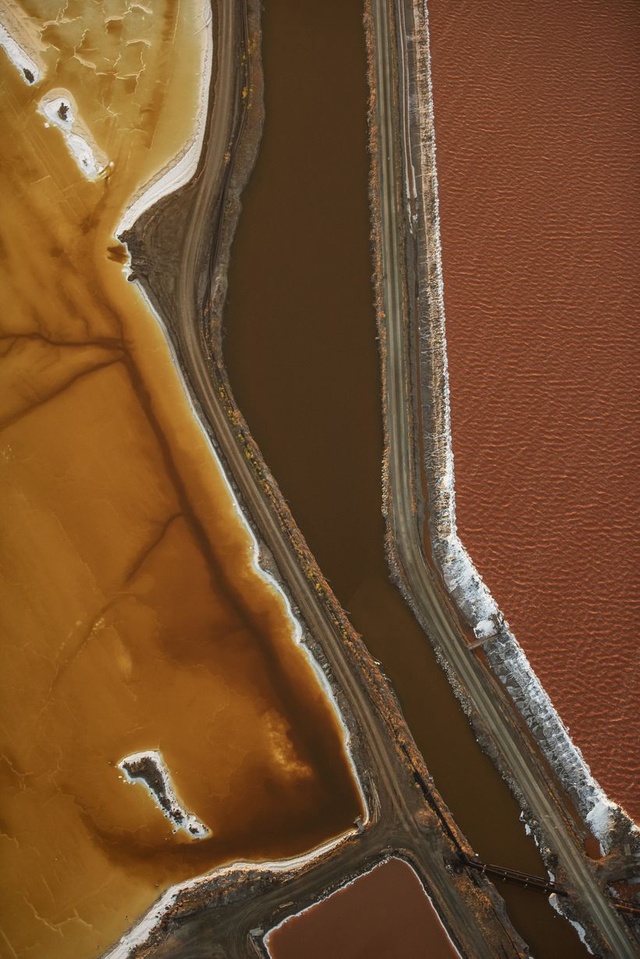 ☝️ This picture of the Bay Area's salt ponds was recently honored in the 2021 Nature Conservancy photo contest.

It was captured by Jassen Todorov, who is as fascinating as his photos. Todorov's day job is classical violinist. He is a music professor at San Francisco State University and travels the world to perform concerts. A licensed pilot, he also spends his downtime flying in search of appealing landscapes, tilting the aircraft to snap photos through a side window. “If I’m well organized — which often times I’m not — I can fly the plane, I can play my violin, I can teach, I can take pictures and I can take a second flight at sunset,” he once told KQED.

"I’m not saying anything crazy."

At various points during the pandemic, Dr. Monica Gandhi, an infectious diseases expert at UC San Francisco, has pushed for students to return to the classroom, for nuanced guidance on safer holiday gatherings, and for establishing metrics on when and how to relax safety measures, including masking. That's made her a target of fierce backlash, including death threats. The S.F. Chronicle published a sharp profile of San Francisco's "outlier Covid expert."

“We felt this thud, it was a remarkable thud.”

Two fans fell from upper levels during a Phish concert at San Francisco’s Chase Center Sunday night, leaving one dead and two others hospitalized. It was unclear what caused the falls, which happened in different parts of the arena, but officials said they suspected no foul play. Some fans told reporters they were concerned about the height of the railings at an event characterized by frenzied dancing. CBS SF | Mercury News 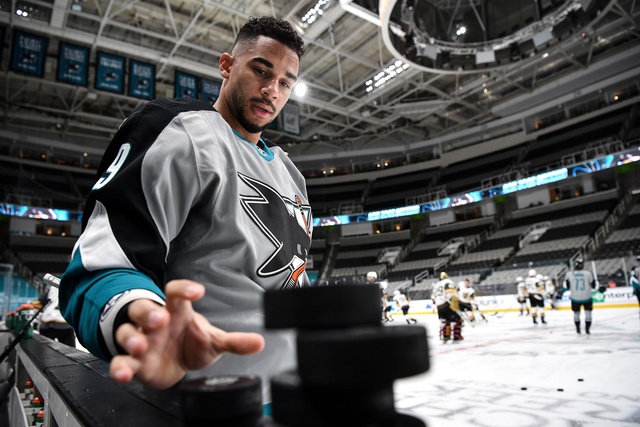 Evander Kane tossed pucks onto the ice during warmups in San Jose on March 6.

The NHL suspended a hockey player on the San Jose Sharks for 21 games without pay on Monday for submitting a fake Covid-19 vaccination card. Evander Kane, the team's top scorer in 2020, apologized in a statement: "I made a mistake, one I sincerely regret and take responsibility for. During my suspension, I will continue to participate in counseling to help me make better decisions in the future." Mercury News | A.P.

Mark Ridley-Thomas, the powerful Los Angeles City Councilman, said on Monday that he expected to be fully exonerated after being indicted last week on federal charges. Ridley-Thomas said he would step back from City Council meetings, but would not resign as he fights what he called “outrageous allegations" of bribery and conspiracy. L.A. Times | L.A. Daily News

Some are standing by Ridley-Thomas. Activist Najee Ali: “Ultimately, there’s room for forgiveness in the hearts of many in Black L.A. because he has been such an effective champion who fights for resources for this community.” L.A. Times 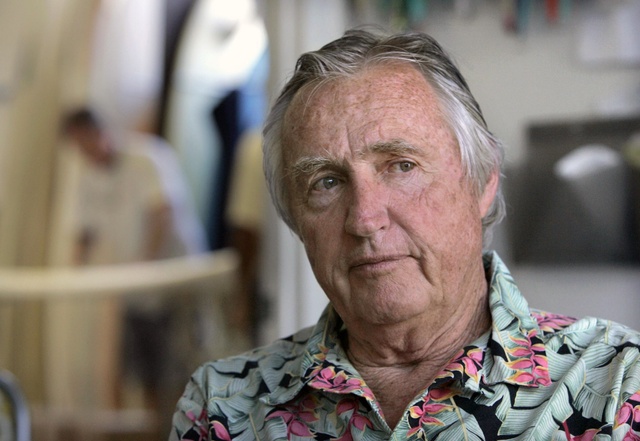 Tom Morey, inventor of the boogie board, died at a Laguna Hills hospital last Thursday. He was 86. In 1964, Morey opened a surfboard shop in Ventura with a college buddy, Karl Pope. Swept up in the psychedelic 60s, Morey fled the shop abruptly after a few years, living out of his van for a time in Hawaii. Then in 1973, he showed up on Pope's doorstep holding a piece of foam. “I call it the ‘boogie board,’” Pope recalled Morey saying in a 1991 L.A. Times article. “I just patted him on the head.” Before long, Morey's lightweight invention was as common at the beach as surfboards. Morey didn't get rich, but took immense satisfaction in his role spreading the sport. Washington Post | O.C. Register

From a Wall Street Journal article about Covid-19 precautions on American university campuses:

"At the University of Southern California, 95% of students are vaccinated but they need proof of a weekly negative Covid-19 test to enter campus. Students must leave classrooms to take a sip of water, rather than just sliding their masks down. Security guards circulate in the library and student union reminding students to cover their noses and mouths with their masks, said sophomore Marin Ruiz." 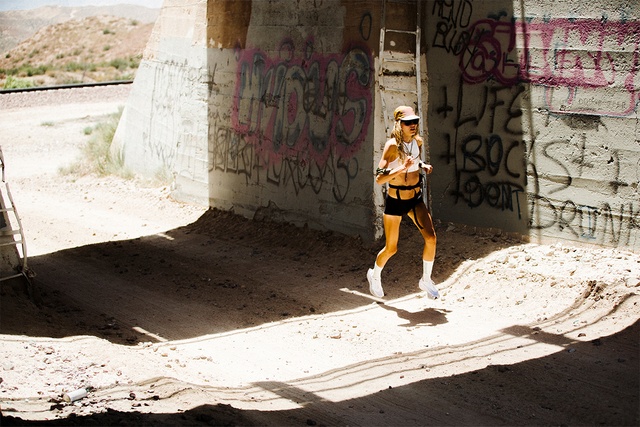 There's no set route in the Speed Project.

An underground relay footrace begins at the Santa Monica Pier and ends 350 miles away, across the grueling Mojave Desert, at the Las Vegas Strip. Begun on a lark in 2013, the Speed Project has no website or application form. Yet hundreds of elite runners from around the world try to get in each year. InsideHook investigated what has been called the coolest event in running. 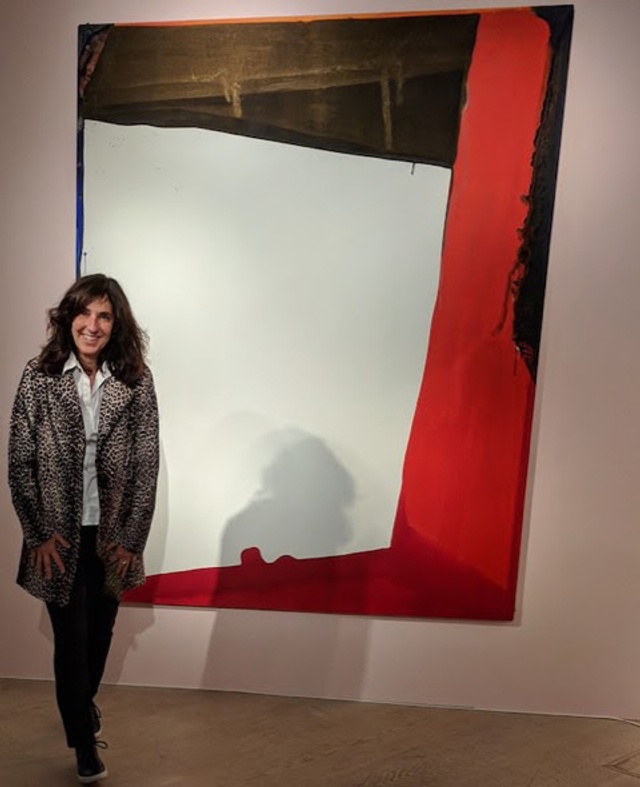 … Gabrielle Selz, the author of “Light on Fire,” a new biography of the American abstract painter Sam Francis.

A. Echo Lake and Upper Echo Lake. Glaciers formed the lakes, and a narrow channel connects the two bodies of water. You can only access it by foot or boat. A trail leads into desolation wilderness. At night, showers of shooting stars plummet across the bowl of the dark sky.

The Art Angle Podcast on Artnet News. It’s very approachable and brings the high jinks and academia of the art world down to earth.

I had to drive to L.A. recently and listened to "All For Nothing" by Walter Kempowski. It’s about the final days of World War II and how it affects one German family. It’s beautiful and compassionate and heartbreaking.

The little gem salad and white bass tartufata at Via del Corsa on Shattuck Ave in Berkeley.

Sam Francis (1923-1994) because I just finished writing his biography, but there are questions only he can answer. He led a fascinating life, seeding abstract expressionism in Europe and Japan in the early 1950s, then absorbing French and Asian traditions to disperse in America. I love the dialogue and engagement he had with the larger world. Plus, wouldn’t it be nice to have him paint another picture?

I’d also invite the newspaper photographer Consuelo Kanaga (1894-1978). I’m cheating because though she was raised in Marin County, she was born in Oregon. Still, I want to meet her. She paddled her kayak across the San Francisco Bay to Alcatraz when she was 13 years old. She took a sandwich in case she encountered a convict. She was running away from home to become an artist. That’s a story I’d love her to tell me!

And maybe Julia Child (1912-2004); she was born in Pasadena. I’ve always loved the sound of her voice and her manner. In all her photos and videos she looks like she’s having fun. And she could make us a scrumptious dinner.

We would begin the conversation with the question, “what do you regret not having done?”

You've been involved in the art world for much of your life. How have you seen the Bay Area art scene change as the cost of living there has risen?

This is a hard question and one that vexed my father for 50 years. The Bay Area is such a beautiful place to live but so expensive. The insanely high cost of living has made it very hard for artists, and for galleries who have to pay exuberant rents. Artists need a gallery that’s showing their work to congregate around. Think of the days of the Ferus Gallery in L.A. and the Cool School that came out of it. San Francisco and Berkeley both need walkable downtown areas that are affordable to live and where people can gather. If you’re an artist and you are working all day alone in your studio, you want to be able to walk out onto the street and bump into people — friends — and have a conversation. Maybe, if enough of the tech community abandons the city, artists can repopulate.

Since Ferlinghetti’s death, City Lights in San Francisco is rethinking how to be connected to the art and literary community of the city. All our institutions need to do this.