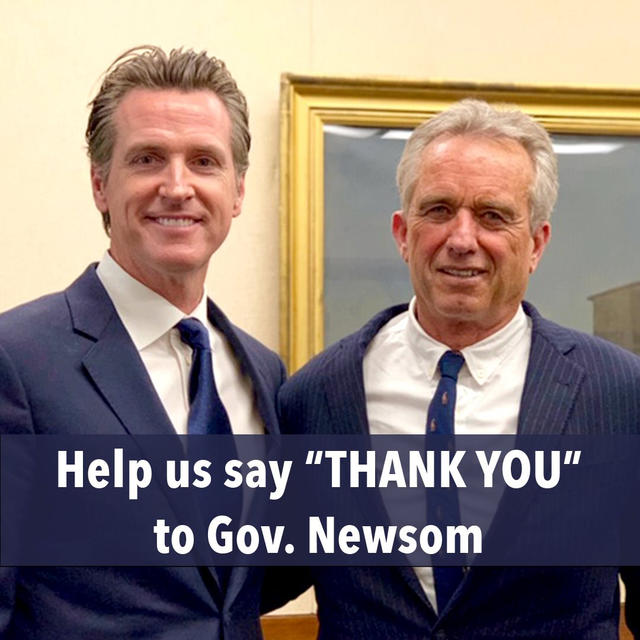 Robert F. Kennedy Jr., right, posted a picture from his meeting with Gov. Gavin Newsom and urged his followers to thank the governor.

On Monday, Robert F. Kennedy Jr., a prominent anti-vaccination activist, praised Gov. Gavin Newsom for his "his wise and sober opposition to a draconian proposal." Kennedy, who met with the governor in January, was reacting to Newsom's criticism of a bill that would guard against a surge in dubious vaccination exemptions. Critics say Newsom, intentionally or not, is giving aid and comfort to people spreading misinformation about the safety of vaccines. L.A. Times | HuffPost

That was Speaker Nancy Pelosi reacting to pressure from senior Democrats to launch an impeachment inquiry against President Trump. Democratic sources told Politico that the San Francisco liberal wants see Trump defeated at the ballot box and then prosecuted. Politico 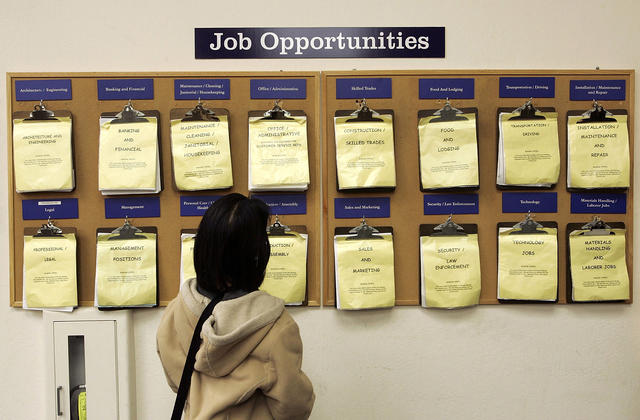 Checking a job listing board at the East Bay Career Center.

Even as paychecks have remained largely stagnant nationwide, personal incomes in a number of California cities saw gains of more than 20 percent between 2012 and 2017. A national ranking of "boomtowns" gave shout-outs to six California cities — from Oxnard to Santa Rosa. CNBC

California is enjoying dramatically low unemployment rates. But there's a downside: "The state is, quite simply, running out of people to be employed," an analyst said. Mercury News | L.A. Times

Even as the summer tourism season starts, the Sierra Nevada remains blanketed in a hefty snowpack. In the Tahoe Basin, an estimated 150 lakes are still frozen. That's not normal, a forester said: "I've seen it happen only a few times over the past 40 years." SFGate.com

Squaw Valley and Mammoth Mountain are extending their skiing seasons into July. (Squaw is doing a $5 Fridays deal). SFGate.com 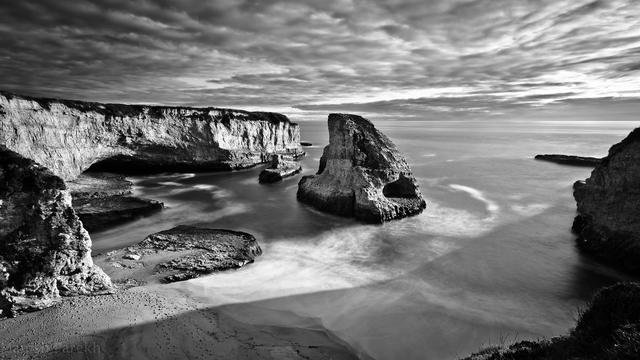 Millions of years of folding, faulting, and erosion have resulted in magnificent formations up and down the Pacific coast. Among the coolest is Shark Fin Cove, pictured above, rising from the surf just north of Santa Cruz. It's the centerpiece of what a travel junkie called one of the best beaches in all of California. California Through My Lens | Santa Cruz Life 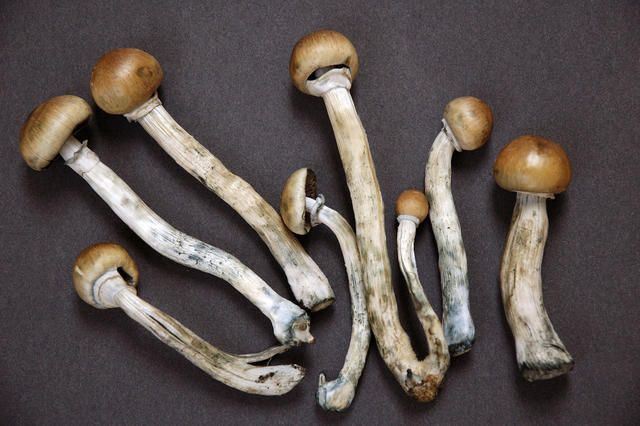 Magic mushrooms have been used since ancient times.

Oakland became the second American city to decriminalize natural psychedelics such as mushrooms, ayahuasca, and peyote. The unanimous decision by the City Council came after speakers shared stories of how psychedelics helped them overcome depression, addiction, and PTSD. Others described mystical experiences. "I don't have words," a supporter said after the vote. "I could cry." S.F. Chronicle | NPR

The Oakland measure applies only to plants and fungi, but MDMA, or ecstasy, is also gaining broader acceptance. It could be approved as a prescription therapy as soon as 2021. Verge

The Trump administration ended medical research by government scientists who use human fetal tissue, and canceled a multimillion-dollar contract with U.C. San Francisco that relies on the material to test HIV therapies. The move was seen as political gesture to antiabortion voters. Scientists were incensed. "I think it's ultimately a terrible, nonsensical policy," a U.C. San Diego professor said. Washington Post | A.P. 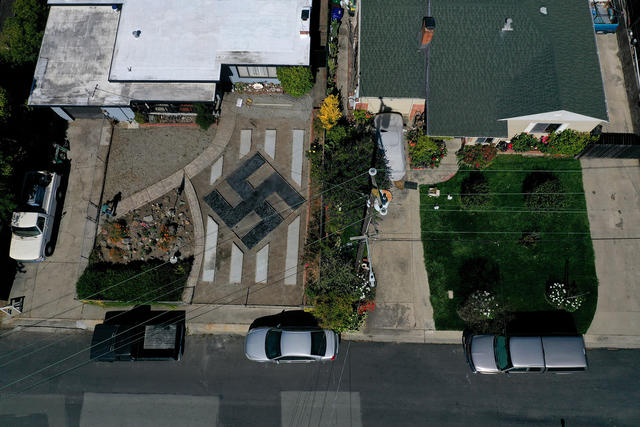 A homeowner in El Sobrante created a giant swastika in his front yard.

An East Bay man landscaped a giant swastika in his front yard. Confronted by a news crew, the homeowner, Steven Johnson, suggested the symbol was a Tibetan sign. But Johnson's symbol matches that of the Nazis, not the similar symbol of some Eastern religions. His neighbors aren't happy. Mercury News | KPIX 5

Bowing to pressure, YouTube said it would remove videos that advocate extremist views like neo-Nazism or deny well-documented events such as the massacre at Sandy Hook Elementary School. After the announcement, numerous far-right creators began complaining that their videos had been deleted, or had been stripped of ads. N.Y. Times | WIRED 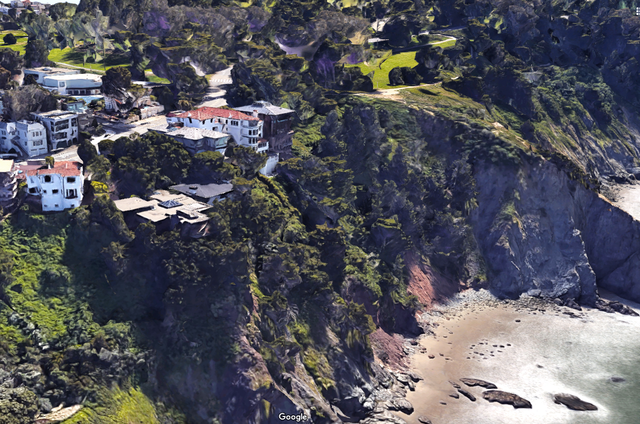 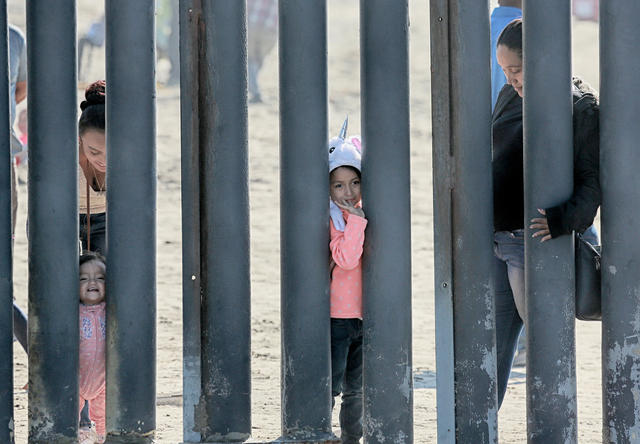 A girl peered through the border fence in San Ysidro last November.

The number of migrant arrests along the southern border surged in May to 132,887, the largest figure in more than a decade. The apprehensions represented a 34-percent increase from April, and a 229-percent increase from May 2018. "We are in a full-blown emergency and I cannot say this stronger — this system is broken," the head of the border patrol said. S.D. Union-Tribune | Washington Post

After a report on increasing homelessness in Los Angeles, City Council members suggested neighboring cities are deliberately steering homeless people into Los Angeles. "Instead of allowing people to sleep on their sidewalks, they are encouraging people, or compelling people, to move to the city of Los Angeles to do that," Councilman Mike Bonin said. L.A. Times | Curbed Los Angeles

A lawyer on San Clemente residents' treatment of the homeless: "They are scary and aggressive and have given me a whole new perspective on how terrible human beings can be." LAist 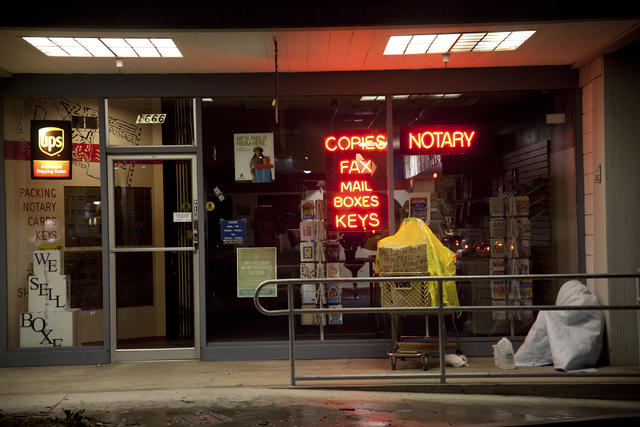 A homeless person got out of the rain in San Diego.

A San Diego church wanted to build affordable housing in its parking lot. They branded the initiative "Yes in God's Backyard," or YIGBY — a play on YIMBY. "Jesus told us to clothe the naked, to provide shelter for the homeless," a pastor explained. Enter the code enforcers. The city has been blocking the project over regulations dictating how many parking spaces a church needs per amount of pew space. KPBS

After a contentious debate, Bakersfield's City Council voted to add decals with the words "In God We Trust" on city police and fire vehicles. Rep. Kevin McCarthy was among those who advocated in favor of the move. Critics warned against mixing religion and government. "I think it's clear this decision doesn't represent everybody in this community," a dissenting councilman said, "and I think this is a problem." Bakersfield Californian 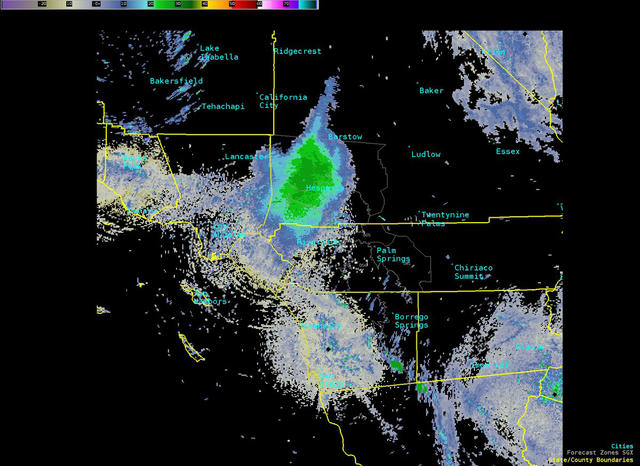 National Weather Service radar showed what meteorologists said was a blob of ladybugs.

A cloud of ladybugs so massive that it registered on weather radar flittered across Southern California on Tuesday, meteorologists said. The concentrated mass of ladybugs measured about 10 miles wide. The species was unclear, but one is known to migrate to higher elevations in search of food in the early summer.

One expert was skeptical of the ladybug claim, saying a swarm that large would have darkened the sky. "I'm not the last word on ladybugs, but it sounds so unusual to me," he said. "The world must be coming to an end." Desert Sun | A.P.