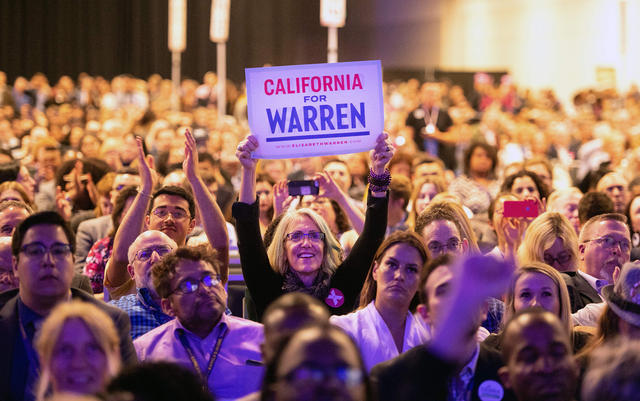 California — an electoral belle of the ball after moving up its primary date — hosted 14 Democratic candidates at the state's annual Democratic convention over the weekend. The San Francisco confab was in essence a Trump-bashing party:

There were also moments of discord at the convention. Rep. John Delany of Maryland drew jeers when he sounded a cautionary note on Medicare-for-all. John Hickenlooper, a former governor of Colorado, cultivated his centrist position when he declared: "If we want to beat Donald Trump and achieve big progressive goals, socialism is not the answer." That yielded a chorus of boos that lasted 30 seconds. CNN | Washington Post 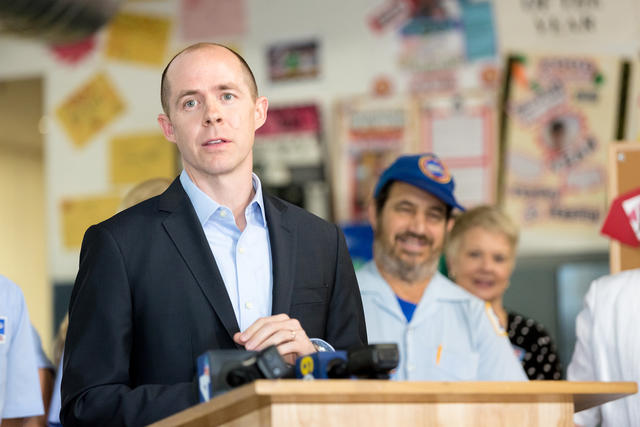 The California Democratic Party chose a labor leader and Afghanistan war veteran as its next chairman. The selection of Rusty Hicks, 39, who is seen as a skilled and even-keeled leader, was favored by the party's establishment wing. "Coming out of the labor movement," Hicks said, "I believe in the collective. I don't believe in the individual." L.A. Times | A.P.

Gov. Gavin Newsom expressed doubts about tougher vaccine rules. A new bill aims to curb the abuse of medical exemptions for childhood vaccinations by giving the state more oversight. "I'm a parent," Newsom said. "I don't want someone that the governor of California appointed to make a decision for my family." Sacramento Bee | A.P.

Also: Newsom responded to the wave of conservative states enacting new limits on abortions. He signed a proclamation inviting women to come to California to "fully exercise their reproductive rights." SFGate.com | L.A. Times 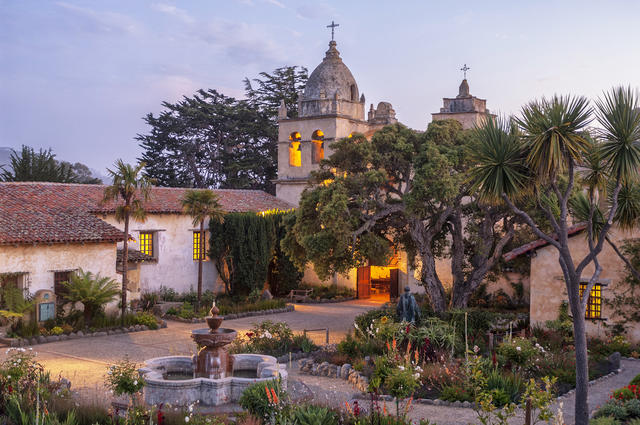 Here's San Carlos Borromeo de Carmelo, often called the prettiest of the California missions. Founded on this day in 1770 — erected first in Monterey then moved to Carmel — it was the personal favorite of Junipero Serra, who used it as his headquarters to run the mission system. He's buried in the main chapel. As a capsule of time and beauty, the Carmel Mission is source of deep local pride, but it's also a persistent symbol of the brutality meted out to native tribes under Serra. In 2015, vandals toppled a statue of Serra and scrawled "Saint of Genocide" on a stone. California Missions Foundation | SFGate.com 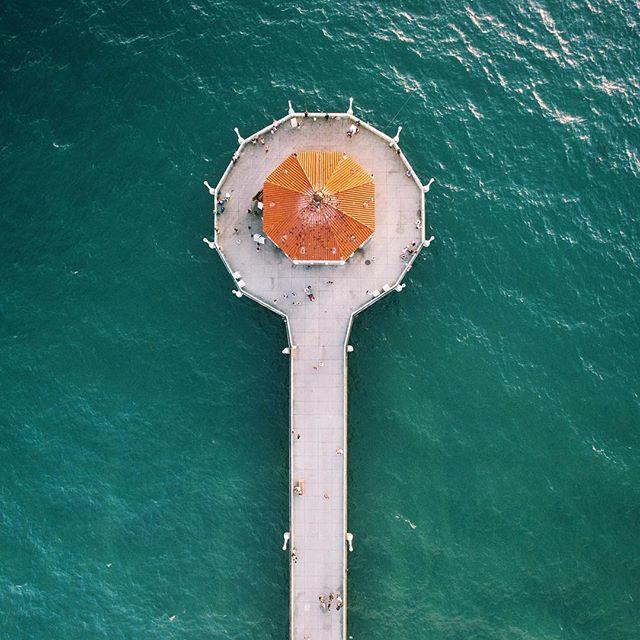 Did you know? To fish in California requires that you get a $50 permit, with a notable exception: Anyone can fish for free from the state's dozens of public piers. Wildlife.ca.gov | Record Searchlight 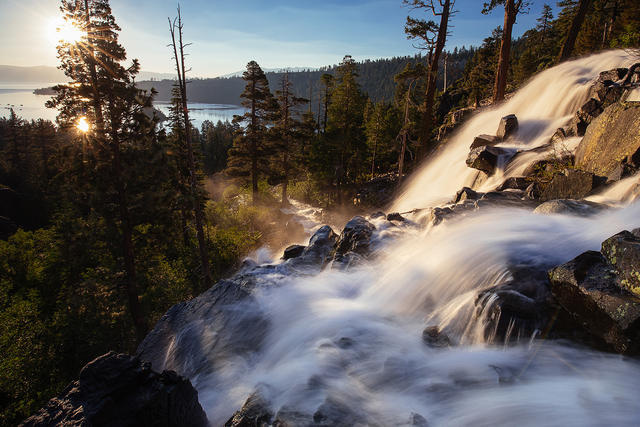 A mother of two from the Bay Area died after being swept over a waterfall at Lake Tahoe's Emerald Bay. Officials said Stephanie Espinosa, 35, was in a pool of water near Eagle Falls when she slipped. State officials have warned that the melting of this year's massive Sierra Nevada snowpack is making California waterways swift and dangerous. East Bay Times | CBS Sacramento

There's a storm brewing over big tech, and Google is at its center. As politicians on both the left and right complain about the power of Silicon Valley, the Justice Department is exploring whether to open a case against the search giant for potential antitrust violations. Web companies like Yelp and TripAdvisor have complained that Google uses its market dominance to unfairly promote its own services over theirs. N.Y. Times | Reuters 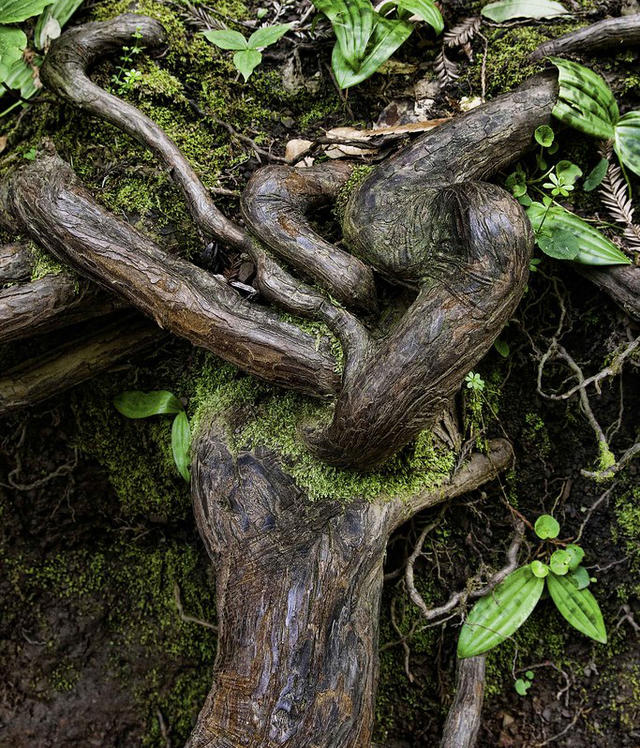 Fun fact: California's coast redwoods soar to heights of well over 300 feet, yet their roots only sink 10 or so feet into the ground. How do they keep from toppling over? The roots spread outward as much as 100 feet and interlock with the roots of other redwoods, in a sort of communal defense against winds and floods. Pictured above are intertwined roots in Muir Woods. Parks.ca.gov 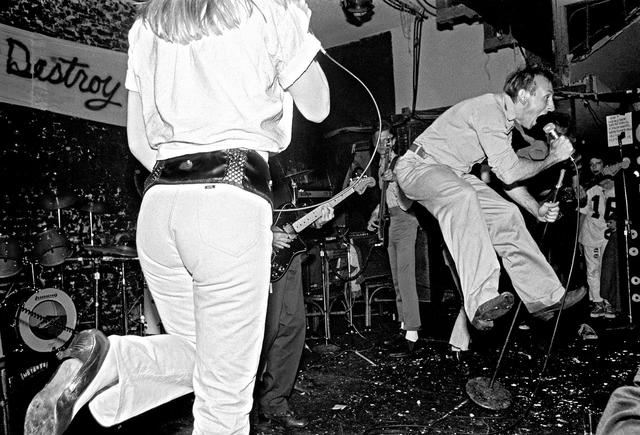 "They didn't worry about making money or being accepted or getting played on the radio. That wasn't even an option."

In the 1970s, San Francisco was a city filled with freaks. Punk bands played not for fame or money, but for each other. Many didn't even record their songs. The punk magazine Search and Destroy — founded with a loan from Allen Ginsberg — had a front-row seat to those formative years. The work of a staff photographer is being showcased in a new book, "Kalifornia Kool." Here are a bunch of the pictures. Mother Jones | CNN 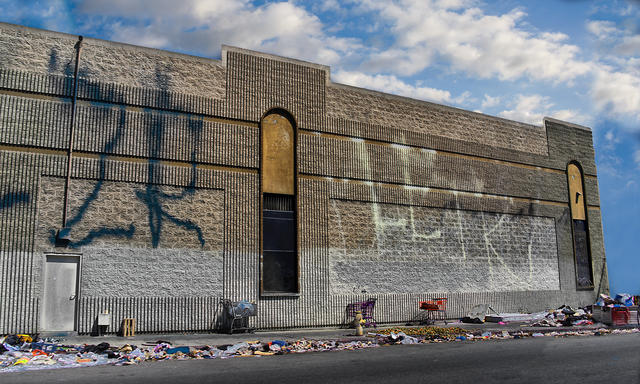 "The city of Los Angeles has become a giant trash receptacle."

That's the L.A. Times's Steve Lopez, who catalogued the "collapse" of Los Angeles in a blistering column. Among the scenes: streets piled high with trash, rodents and needles everywhere, and shanties populated by people withering away from physical and mental diseases. L.A. Times 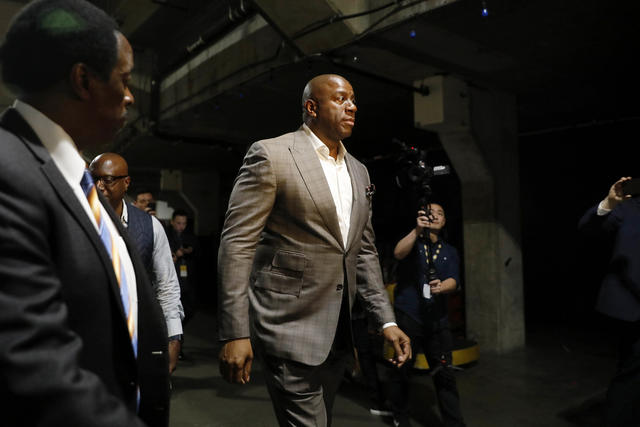 ESPN took a behind-the-scenes look at the dysfunctional world of the Los Angeles Lakers. In 2017, when Magic Johnson began as the team's new president of basketball operations, he addressed about 30 staffers. He told them he had a stack of a thousand resumes in his office, and he could replace them at any time. "If you questioned him on anything, his response was always a threatening tone," one staffer said. "He used intimidation and bullying as a way of showing authority." ESPN 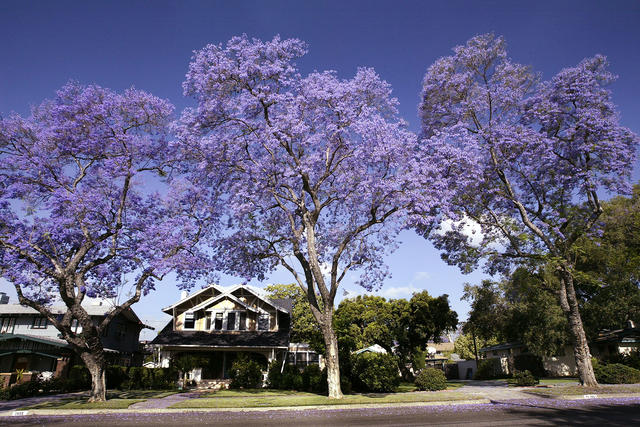 Los Angeles has lost an astonishing number of trees over the last decade, thanks in large measure to development and drought. The need for a true tree canopy has become crucial to making Los Angeles a livable city, wrote Curbed Los Angeles: "Enter the jacaranda: drought-tolerant, fast-growing, wildlife-friendly, shade-providing, sidewalk-protecting." Curbed Los Angeles